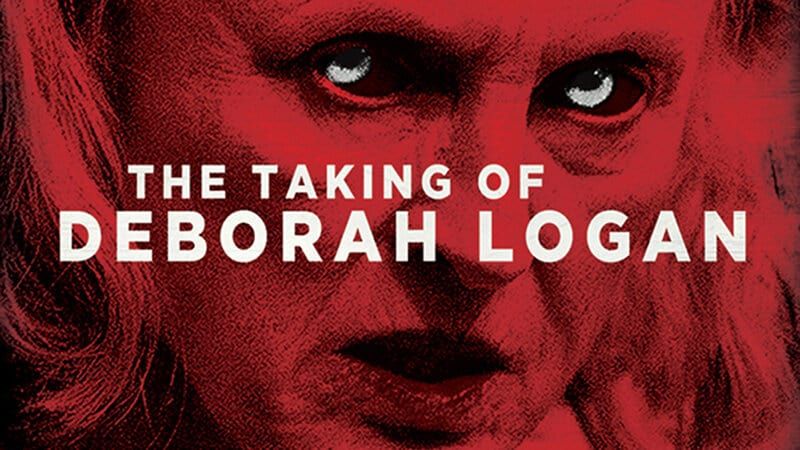 How to Make a Terrifying Horror Movie on a Tight Budget

It’s a no-brainer that Jill Larson’s acting is the main thing that makes this movie a winner. She does a phenomenal job in a demanding role.

For days after seeing the movie, “The Taking of Deborah Logan,” I found myself puzzling about this low budget horror film and why it scared me the way it did. Not able to pin it down exactly I decided to interview the director Adam Robitel and the star Jill Larson.

It’s a no-brainer that Jill Larson’s acting is the main thing that makes this movie a winner. She does a phenomenal job in a demanding role. You may know her from “Shutter Island” or as Opal, owner of the Glamorama and best friend to Erica (Susan Lucci) on the long-running TV soap, “All My Children.”In this film, she plays Deborah Logan, who is becoming a danger to herself and others — she forgets to turn the stove off, she suddenly becomes paranoid and enraged and lashes out. Deborah’s disease is accelerating rapidly and the doctors don’t know why. They try switching her medications and doing more tests.Her daughter Sarah (Anne Ramsay) is in way over her head as the sole caretaker.

The medical costs are staggering and every day becomes more stressful. Deborah wanders outside in her nightgown, she nails windows shut, she rips at her skin.For Sarah, it’s a godsend when Mia Medina (Michelle Ang) contacts her. She’s a Ph.D. student in search of subjects for her thesis documentary on Alzheimer’s disease. Mia offers money so despite their desire to keep things private, Sarah and Deborah agree to it.This thriller mock-doc was co-written by Adam Robitel and Gavin Heffernan and they turn Deborah and Sarah’s world of Alzheimer’s into something evil.

Dorri Olds: Why is your movie so successfully frightening?

Adam Robitel: I think horror is most effective when it takes the ordinary, the banal, and then turns it on its head. I’ve always been terrified of Alzheimer’s disease because it runs in my family. People are living longer now. When we reach the age of 80, one in four of us will have some type of dementia. Alzheimer’s encompasses our greatest fears — mortality and losing your mind.

And the terror of becoming a caretaker?

Yes! I wanted to use Alzheimer’s as a jumping off point. My co-writer Gavin Heffernan and I wanted to then loosen the screws on the structure and create a full-on roller coaster ride. We knew possession movies tend to be cliché and didn’t want a standard Catholic iconography and a priest coming in and doing an exorcism. We’ve seen that so often.

When you decided what you wanted to do, how did you raise the money?

I’m friends with Bryan Singer who’d produced the TV show, “House,” and I’d worked with him on “X-Men” and a couple of other projects. I’d already written a script, which had been optioned by Guillermo del Toro — a big name in horror. I got a bit of momentum from that and was able to pitch to Bryan’s company. Gavin Heffernan was my right hand man throughout. We were able to use Bryan’s name to leverage it in the market place and raise the money that way, then Millenium Entertainment got behind it.

Is there going to be a sequel?

I’m trying not to get ahead of myself but the response on Twitter has been amazing. People like you are reaching out. We spent nothing to market it so we’re completely relying on a grassroots Facebook kind of thing. Luckily, horror fans can be fanatical. Once they love something they love it and tweet and talk about it so there’s been a real social movement. We’re up there on iTunes in the top 10 and we reached number one on Netflix. For a movie with no marketing budget it is doing really well.I’m incredibly proud of Jill Larson. She’s so fearless. Anything I threw at Jill she was willing to do. It was her first horror film and it was very demanding. Harrowing. For her to have brought all of that physicality is amazing. She filmed in the freezing cold at 2 a.m. at the bottom of a mine with blood all over her.

How did you decide to cast Jill Larson?

We did a huge search for an actress who could play Deborah. It’s a very tough role and no matter how good the actress is there was always a risk of things looking silly, like a horror film cliché. Jill was the only person who knocked our socks off. There was something so eerie about her performance. Martin Scorsese had cast her in “Shelter Island” and there’s that moment in the trailer where Jill puts her finger to her lips and goes “Shhh.” That’s very iconic and super eerie.Deborah has a beautiful face but she can also appear skeletal if you film her at the right angles and she was able to do things that no other actress was able to. We auditioned some really big names but it kept coming off looking silly. Jill was it for me.

Dorri Olds: Jill, what made you say yes to this role?

Jill Larson: I had lost my mother three years before we shot the film. She had Alzheimer’s so I have a lot of feelings about the disease including genuine terror of ending up like that myself.

Do you enjoy horror films?

You know, I’d never seen a horror movie. I’m so porous to those images but when Adam said to me, “You really have never seen one?” I decided to watch a classic, “Rosemary’s Baby.” I love Mia Farrow anyway. I got through 20 minutes of it and then those spooks started showing up and I was like, “I’m out of here.” [Laughs]

No, but I did watch one scene on YouTube. I wanted to get an image of how possession had been played in the past. Also, I’d read Ellen Burstyn’s memoir, “Lessons on Becoming Myself,” and of course she talked about the shooting of “The Exorcist.” I had some knowledge of it that way, but that’s it.

Did casting reach out to you because of that eerie scene you did in “Shutter Island”?

They said no. My agent sent me the script and I read it. Initially I thought, ‘No, I can’t do this.’ I read about child-eating snakes and thought, ‘Uh, no.’ [Laughs] I called my agent. She said, “I thought it was pretty creepy, too. I’ll just tell them you’re not available.” But then I kept thinking about the Alzheimer’s piece of it.When I went in for the audition and spoke with Adam about his grandmother having Alzheimer’s and that the film was written with her in mind — the character is his grandmother. That made it feel more authentic. It was reassuring that he was looking to create something that was more than just a horror movie. It made me feel safe that he wanted to make something in good enough taste. I felt I would be able to bring something to it. When I first read, “Thrashing in the mud, screaming and howling,” I thought, ‘No, thank you.’ But then once I was on set and started to embody that character it became really fun and gratifying in its own way.

Were you comfortable taking your clothes off in those few scenes?

Well, I wasn’t when I first read the script. It felt gratuitous but they said, “Don’t worry about that. If you don’t want to do that we’ll figure it out.” That was reassuring and then when the time came it was okay.

I would think that this is the kind of role any actress would die to play because it has so much emotion.

Absolutely. That was ultimately what appealed to me. I have to make fun of myself that I ever thought that I wouldn’t want to do it. The truth is, acting is somewhat of an addiction and whenever you get a chance to do it, you suit up.

It came across as very realistic. Had you been afraid that it would seem silly or campy?

Yes, that’s what I was worried it would be. I would be embarrassed to be a part of something that was campy. And when you read something like, “This is the moment when the audience will totally freak out and want to run out of the theater” that adds a lot of pressure.

That moment in the film is very scary, indeed.

I had to laugh when I was reading it. It seemed so extreme. I felt very critical of it. But when we were in Charlotte, North Carolina filming, my daughter’s teacher gave her a book to give to me. It was a memoir, “When Women Were Birds” by Terry Tempest Williams, a Mormon woman. I read this chapter where she describes eluding this character who is up on a cliff above her. This is somebody who is part of her group. He’d disappeared and then reappears in full Native American regalia with a tomahawk in his hand about to leap down onto her. She talks about this tribe doing sacrifices of young women. This guy thought, ‘Oh, she’s a Mormon, so she’s got to be a virgin.’ But when he discovered she was married, all bets were off. It was so terrifying to read and bizarre to think that this kind of thing goes on in this country in this day and age. It was shocking but it also enabled me to invest in the role of Deborah in a very real way. Things in the script didn’t seem far-fetched anymore.

What’s next for you?

I had the great fortune to shoot a pilot for HBO in June. We’re waiting to hear. I have a recurring role in it with Bobby Cannavale and Ray Romano. It’s called, “Rock ’N Roll.” Mick Jagger is the executive producer. It’s a very cool script and Martin Scorsese directed. It’s about the music industry in the early 1970s in New York City. But, this industry is so quixotic you can never count on anything. Maybe I’ll do more theater now that my daughter is in college. We’ll see.“The Taking of Deborah Logan” is now available on iTunes, Amazon, Vudu, Xbox video, Sony, Google Play. Horror Thriller. Rated R. 90 min.Watch the trailer: 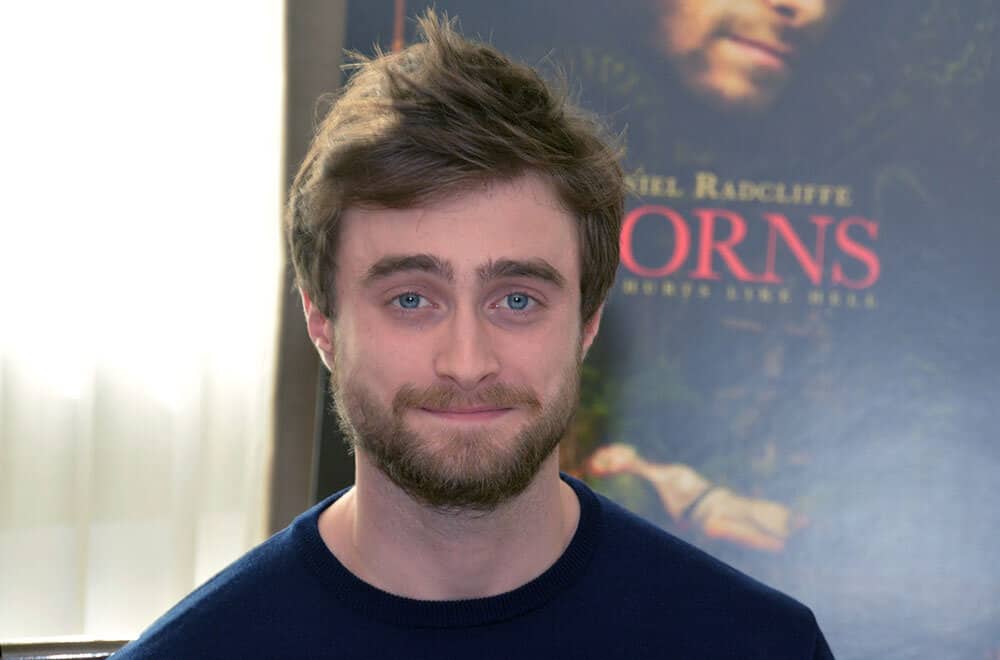 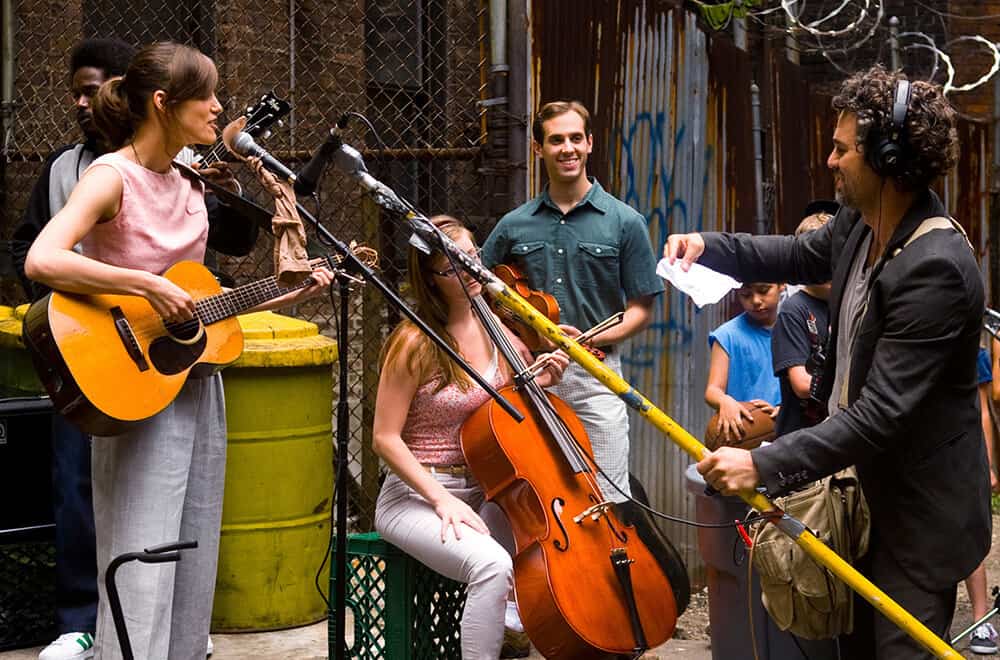