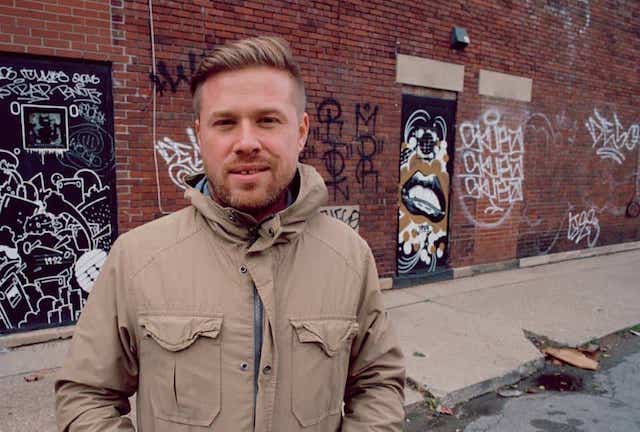 The Amalgamated Rhythms of Kevin Reynolds

He has been a spiritual advisor for me. Over the years he has invested so much in me, coaching me, giving me criticism. He understands me.

In a sea of electronic music artists, Kevin Reynolds truly stands out. Not only because of his unique amalgamation of cultured soul music that bites deep into your core by weaving machine blips and beats. But also because of his penchant for playing live with an infectious laugh and broad smile. Many musicians strive to deliver the crowd what it wants and needs, for Kevin it is innate to how he performs.Kevin can expertly include funk, deep house, techno, tech house and more in one set alone. To say he is dynamic is an understatement. I have had the privilege to know Kevin and experience his evolution over a number of years. When I lived in Detroit, we were good friends; spending nights dancing at the underground club Oslo, throwing back shots of Jameson at The Old Shillelagh and generally speaking, causing a ruckus. You can only imagine how elated I was to find out that I would have the opportunity to speak with him about his influences and reconnect with a longtime friend.

Contrast is easily found in his live sets. The juxtaposition of Kraftwerk-like computer noise adjacent to tribal drumbeats and insanely alluring vocals can beam you to another time and place. Kevin creates an ever-changing environment on the dance floor while striving to encourage any crowd. From Detroit, his hometown, to Tokyo, Sri Lanka and more.Kevin’s music talents aren’t limited to just creating and shaping sound. He has also managed the Made in Detroit stage at the Movement Festival year after year to ensure his fellow artist peers performances are smooth and successful. He has founded his own label, Todhchai and worked as tour manager and audio engineer for Derrick May’s Transmat. There is so much experience and love for sound inside of this one man it’s unreal.Doing music full time now for over two years, his discipline and investment has birthed his first album ‘Breathing for the Breathless’ due to be released June 2016.A: Tell me more about how your family has influenced the sound you produce today.K: My Mom was a server (at a restaurant) and my Stepdad was a lounge piano entertainer. They would pick us up from my Grandma’s super late at night after work, we’d be half asleep, and getting into the car you would hear (Electrifying) Mojo and it had a huge, huge impact on me. Soul, funk, R&B. My grandparents got me into classical.A: How has the city of Detroit influenced you as a musician?K: It has a huge impact on me. I live a mile away from the center of downtown. And I live in the neighborhood in North Corktown so I am connected. My roots are very strong here. Detroit is changing fast and quick. For the first time ever I can walk and get an outstanding coffee at Astro Coffee. Just a short time ago I couldn’t walk anywhere but the gas station or Subway or White Castle. Now there are seven restaurants in my neighborhood within walking distance. Urban opportunity is what I see in the still vacant lots in Detroit.A: Your first electronic album ever is coming out soon, ‘Breathing for the Breathless’. What do I need to know?K: It’s gonna be on Yoruba records, which is Osunlade’s multi-genre label. A dance 12” is coming out first in May and then the album to follow in June. The dates are still not solid because of Record Store Day. The majors (record labels) clog the pressing plants and the independents (record labels) get pushed back because of the lower quantities and less dollars. Especially in underground music.This album took over seven years of communication with Osunlade. It’s dance floor stuff for sure. But it’s also stuff for your mind. I just want people to be moved. If it moves people on the dance floor I will be happy. If it moves them in their bedroom I will be happy. If it moves them in their car, I will be happy. He has pushed me hard. I feel like I put my soul out there on this (album). I put it all out there. I am excited. It’s a statement: This is who I am and what I do and where I come from.A: What is your relationship with Osunlade?

K: He has been a spiritual advisor for me. Over the years he has invested so much in me, coaching me, giving me criticism. He understands me. I actually feel like he is a brother of mine, that I was supposed to meet this guy. I have been going to his studio in Santorini, Greece for seven years. I have learned so much hanging out with him, about life, about music. He constantly got on my ass to put music out, to stop being afraid, to let go of fear and to embrace love.A: Do you get nervous about performing?K: Every fucking time. I freak the fuck out before I am supposed to play. I need to be alone for a minute before I go on and get my mind right. I stress out and overthink and over analyze. I create a pattern of stress because I think I operate better under stress somehow. But once I am up there I can feel it all change to full confidence. When I finally get up I am like yeah, I’m gonna give it to ‘em. I am gonna make these mother fuckers dance. I am gonna make ‘em scream, cry, laugh, all that shit. I get really passionate and really into it when I am playing. I never walk away from a show without sweating my ass off from dancing myself. The crowd’s energy is what keeps me going. For me performing is required. I need to share with people.A: I hear you are teaching now. What are you doing exactly?K: I work with kids, K through 8th grade at schools here in Detroit. I bring in my equipment and play around with the kids and bring inspiration. These kids are just like me. I attended Detroit public schools and these kids can do it too. I am teaching production. This is a passion for me and keeps me invigorated too. Kids always think of shit that you haven’t. Creating music is about exploring myself as an individual and becoming part of the global collective of the human race.A: What’s next?K: Touring is coming up. It’s hard to make money off of sales alone. Performance is paramount to making an income. I love it. I love to fly. I love traveling. I love meeting new people and seeing new cultures. It’s going to change dramatically for me.To get a little pre-taste of what’s to come, check this out:Detroit producer Kevin Reynolds shared the decks with Osunlade & Toto Chiavetta at the latest Yoruba Records Label Night @djoon, where he delivered a deep, moving & eclectic live performance.https://soundcloud.com/djoon/kevin-reynolds-djoon-for-open-minded-yoruba-records-label-night-101115

Allison Scuderi presently lives her adventure in Los Angeles and enjoys sunshine, music, the outdoors, cocktails and wonders where to travel to next. 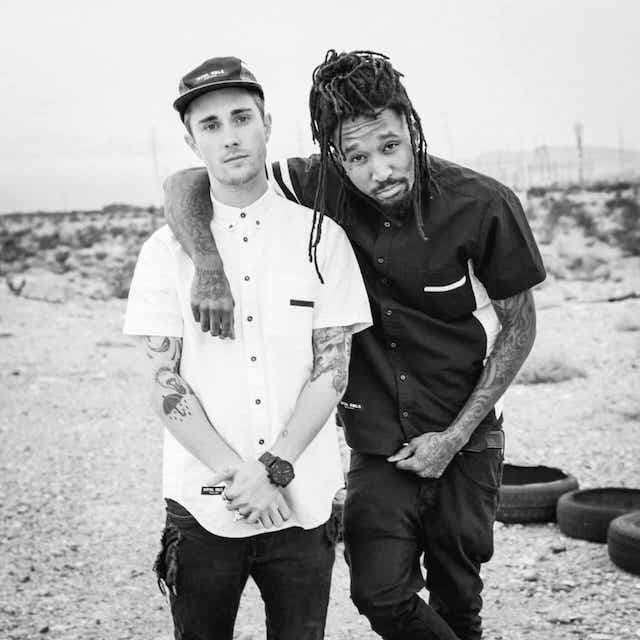 FRIENDS OF THE FRIENDLESS 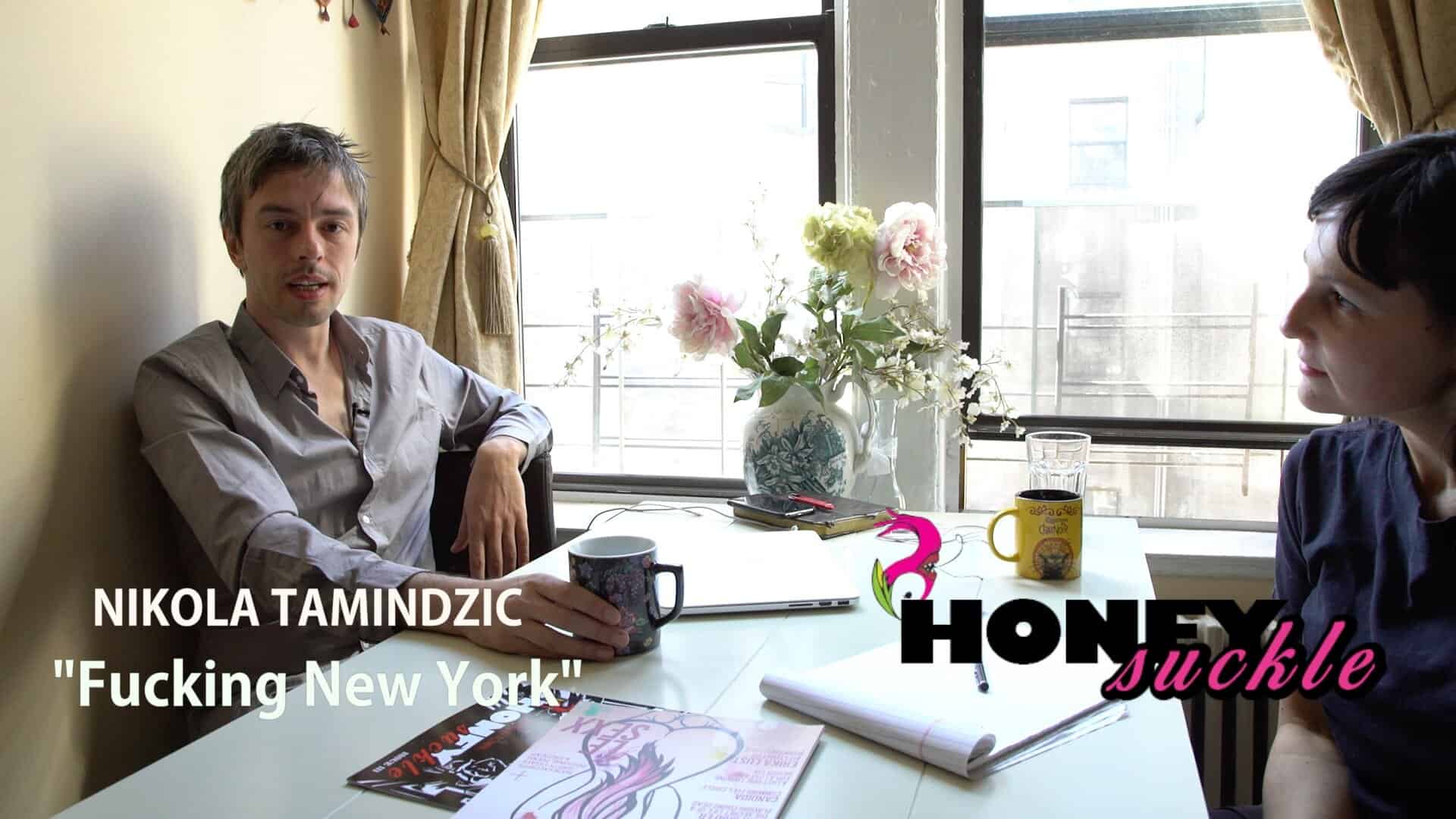