KEROUAC IN OUR TIME

Should Kerouac be aligned with WWII-era male American authors like James Jones (“From Here to Eternity”), Norman Mailer (“The Naked and the Dead”), and Joseph Heller (“Catch-22”)?

Ask around. You’ll be looked at like you’re a Martian.

Yet, the chronology of Kerouac’s life and the trajectory of his career are wholly in sync with the timelines of not just Mailer, Jones, and Heller, but also Kurt Vonnegut, James Baldwin, Mario Puzo, William Styron, Richard Yates, and Truman Capote. All were born between 1920 and 1926.

The defining event of their demographic was WWII, because even those not in uniform were mightily affected by the social convulsions wrought by the war. Kerouac was born in 1922.

Part of the problem with the Kerouac mystique is the way the counterculture of the Sixties enshrined On the Road as a gospel.

The common riff is that when “On the Road” appeared in 1957, it served as a clarion call for the revolutionary decade to come. Nonsense, of course. But in publishing, as in most life situations, timing is everything.

And the timing of the 1957 launch of “On the Road” was fortuitous. The regular daily reviewer for The New York Times was on vacation and the substitute critic raved about Kerouac, and then compared “On the Road” to “The Sun Also Rises” (Hemingway’s generational testament).

This led to a season of meteoric mass-media celebrity for the erroneously branded “King of the Beats,” followed by a quick fall.

Kerouac’s other books languished in the 1960s, and his death at age 47 in 1969 was desolate.  Posthumously, of course, he’s become a lucrative one-man franchise.

What’s been lost all along is any understanding of how the career of Kerouac commenced.

He did not just “explode on the scene” in 1957, as the cliché goes.  In fact, contrary to what’s often assumed, On the Road was not Kerouac’s first novel.

His first published novel was 1950’s The Town and the City, an admirable piece of work in the tradition of novelist Thomas Wolfe (Look Homeward, Angel).  But five years earlier, in 1945, Kerouac had put pencil to paper to write The Haunted Life, his second work of book-length fiction (the first was The Sea Is My Brother, written in 1943).

The narrative of “The Haunted Life” evokes the worries, fears, yearnings, conflicts, and growing pains of protagonist Peter Martin and the many distressed people in his world.

As a Boston College sophomore, Peter Martin is steeped in the news of the day, and America’s imminent entry into the Second World War has everyone around him (especially his right-wing father, who idolizes isolationist anti-Semitic “radio priest” Father Charles Coughlin) in a state of argumentative frenzy.

It’s startling to be reminded that until Pearl Harbor, there was a 50/50 division of domestic opinion about America entering the war.  In The Haunted Life, we’re reminded:

“In this vein, [Peter] often sought opinions on the same subject in the two papers PM and Hearst’s Boston Daily Record.  Here he found people at each other’s throats and wondered mildly—with his eye searching for motives, even for the vital motive behind the motives—what warranted such agitation.”

Agitation is everywhere. Between the working class and the white-collar crowd. Between women and men. And certainly between the races and the varied ethnic threads slowly weaving a new American tapestry in the 1940s.

The Haunted Life anticipates 2019 as Peter Martin listens (yet again) to one of his father’s tirades; and Mr. Martin sounds like a devotee of today’s ranting talk-radio toxicity:

“America isn’t the same country anymore; it isn’t even America anymore.”  Mr. Martin drew on his cigar with nodding and angry finality. “It’s become a goddamn pesthole for every crummy race from the other side. America isn’t America anymore.”  . . . “W***!” resumed Mr. Martin, his voice thick.  “Jews!  Greeks!  N******!  . . . Armenians, Syrians, every scummy race in the world. They’ve all come here, and they’re still coming, and they’ll keep on coming by the boatloads.”

Raw, ugly, uncomfortable truths about mid-century America manifest in “The Haunted Life,” which is set largely in Lowell, Massachusetts, where Jack Kerouac came of age.

Kerouac wrote that novella in longhand — but he illustrates our present era almost as much as Instagram or Twitter.

On the 50th anniversary of his death, On the Road remains Kerouac’s most famous book.

But a closer look at “The Haunted Life” (lost for decades, it was finally published in 2014) reminds us that America remains at war with itself, while also embroiled in endless international conflicts.

M. J. Moore is Honeysuckle Magazine’s RETRO columnist. His novel, For Paris ~ with Love & Squalor, was published in 2017. His new book Mario Puzo ~ An American Writer’s Quest, the first-ever biography of Mario Puzo, was published by Heliotrope Books [heliotropebooks.com] on March 8, 2019 – the 50th anniversary of The Godfather.

"Among the Cedars": Why Native Americans Deserve More Than This Play 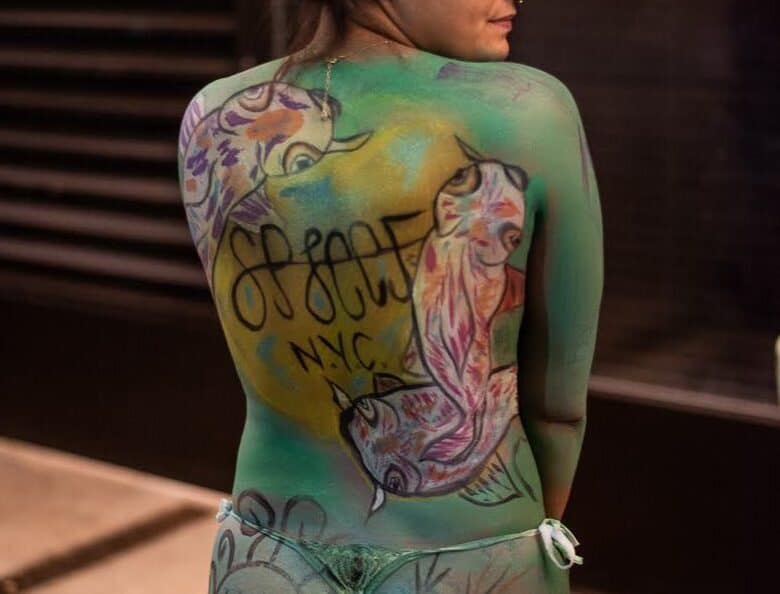