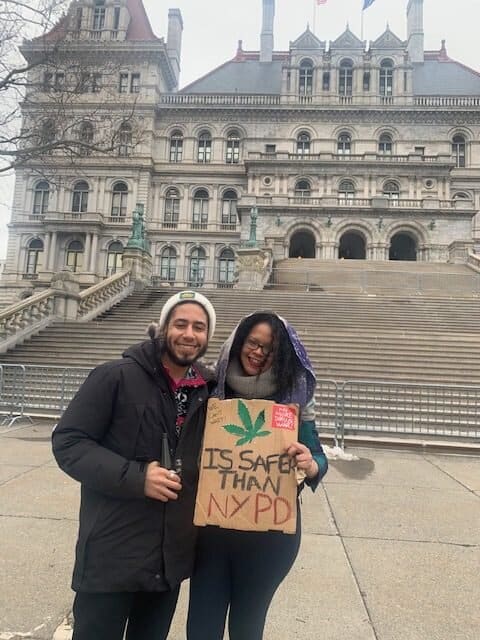 This first cannabis-focused Lobby Day of 2020 provided a seemingly hopeful green light for the wider community.

On Tuesday January 28th, a caravan of New Yorkers hiked up to the state capital of Albany by bus at 6 o’clock in the morning. Why? To appeal and educate their local legislators on the importance of legalizing cannabis, and to convince them criminalization and prohibition affect our society in myriad ways, including perpetuating poverty, a legacy of imprisonment, and race-based traumas against marginalized communities. We can break these negative cycles with a fully-legal New York, the advocates declared.

This first cannabis-focused Lobby Day of 2020 provided a seemingly hopeful green light for the wider community. Among the advocates represented were entrepreneurs, legal professionals, humanitarian activists, medical cannabis patients, and so many more. The trip was directed by the Start SMART NY Coalition, the campaign group created by the Drug Policy Alliance to end cannabis prohibition in New York; VOCAL-NY, a grassroots organization dedicated to building power among low-income people dealing with issues such as HIV-AIDS, mass incarceration, and the continuing effects of the drug war; and NYC NORML, the state’s largest and most influential local chapter of the National Organization for the Reform of Marijuana Laws. Though the day ended with several of the group’s demands still in question, most in attendance agreed that we are closer now to legalization than ever before.

Many of the activists were championing the Marijuana Regulation and Tax Act (MRTA), a bill which details how New York would create ideal conditions for statewide adult-use legalization, including establishing social equity programs, support for small farmers and businesses, and cannabis record expungement and re-sentencing. Initially introduced by Manhattan Senator Liz Krueger in 2013, the current version of the MRTA is an updated incarnation of a bill that failed to pass in the State Senate in June 2019 after a heated campaign and agonizing vote. Things look brighter for 2020; particularly after Governor Andrew Cuomo’s office released its Fiscal Year 2021 budget last week – which featured a cannabis legalization proposal. Cuomo, in his own State of the State address in early January, specifically called for adult-use legalization to become reality.

So where do we currently stand, and how effective was the January Lobby Day? Judging by the increased lobbyist turnout and the participation of legislators such as Assembly member Latrice Walker of Brooklyn (who memorably testified that “When you arrest people for marijuana, you are decapitating our communities and removing young black men and women from our families!”), the campaign has been a great step forward for the movement.

Honey Pot caught up with a few key figures among the advocates to get the inside scoop.

T. Pilar DeJesus, co-founder of ¡High Mi Madre! (a women of color cannabis cooperative) and a leading housing rights activist, recounted her action-oriented approach to the day’s proceedings. “My role the day of Albany was to lead a group of folks from Manhattan to the electeds [sic] who have not co-sponsored MRTA,” she stated. “Assembly member [Daniel] O’Donnell, Assembly member [Deborah] Glick, Senator [Brian] Benjamin, Senator [Brian] Kavanaugh.” Though DeJesus’s team didn’t have scheduled meetings with any of the lawmakers – “we were dropping the MRTA info off [in] packages,” she said – “It just so happened we were able to speak with Assembly member O’Donnell and Senator Benjamin and his legislator. We also ran into Senator Benjamin on the first floor and bombarded him. Then I led the group to rally… at the Assembly steps. A couple of us went outside, smoked and dabbed by the [capitol] steps.”

Josh Weinstein is the founder of CannaGather, one of NYC’s premier networking meetup organizations for investors, entrepreneurs, and connoisseurs in the cannabis industry (now with locations in 13 states and branching into Canada). He chose to represent at Albany because “it’s all of our responsibilities.” The most important thing to come out of this Lobby Day, according to Weinstein, is “getting the conversation going again for the 2020 season… [It] was a great turnout, people had an excellent time, lots of first-timers, and we communicated the importance of getting cannabis legalization done ASAP and in the right way.” When asked if he believed the lawmakers would listen to the demands of the people, he responded, “[It’s] still early in the process, but they’re always listening; we’ll see what we can do to support them, to ensure communities that have been adversely affected by the failed War on Drugs are able to secure much-needed resources to revitalize and empower their communities.”

Ryan Lepore of NYC NORML echoed this sentiment: “It’s great for legislators to meet their constituencies that support this topic, when previously most cannabis supporters may have questioned voicing their opinion or experience on the matter (and the support remained in the dark). Having legislators understand that they have voters and constituents that will voice their opinion on this cause in Albany or in [their] districts creates more momentum for our collective efforts.”

While Lepore noted that the answer to whether legislators listen “would depend on whom you would ask,” he also commented that “the Majority in both chambers are more comfortable on the issue for 2020 than they were in 2019. We still have along way to go to truly address the stigma – which takes time and persistence by the advocates.”

About the overall impact of the campaign, however, Lepore was unequivocally enthusiastic. “The day was a success!” he reported. “We had great participation from the community and the Start SMART Coalition and VOCAL-NY did an amazing job organizing everyone that volunteered their time… The turnout was great, just about 120 people – and we actually needed more room on the buses for all of the volunteers that wanted to go up to Albany. Personally I see this scaling even more, especially after activating more of the population in NYC.”

Exponential growth, in business or in advocacy, happens all the time in cannabis. It’s clear the upcoming activities for these lobbyists will build on that notion of scale. DeJesus and Lepore announced that their organizations will be participating in the Lobby Days scheduled for February 12th andMarch 24th. “I have a goal to turn out 420(+) people to the [March]rally,” DeJesus gleefully proclaimed. “Would also love to light up on the capitol steps!” She added, “I will be knocking on people’s doors to get folks out for March, and also to work on a marijuana town hall for EastHarlem/Harlem/Washington Heights in February/March.”

For his part, Weinstein is taking New York lobbying to a national level; the next NYC CannaGather meetup on February 18th will feature Senator Chuck Schumer, and a special CannaGather will be held in Albany on the evening of February 26th.

“CannabisJustice is the goal of the coalition,” Lepore explained, “and we are all focused on ensuring that the passage of cannabis legalization can happen correctly. Additionally NYC NORML will be opening up to the public for general meetings to go over current policy measures and [garner] consumer participation on the legislative process. We aim to host one of these meetings in the coming week(s).”

“There are a couple of ways of legalizing cannabis this year,” Lepore concluded. “We want to go over what we are able to do together.”

If you or someone you know is a resident of New York State, contact your state senators and assembly members now to tell them to pass the MRTA! 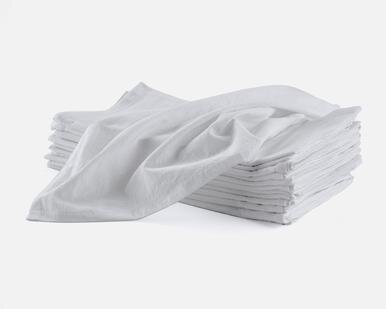 Flour Sack Towels: An Absolute Must for Any Kitchen