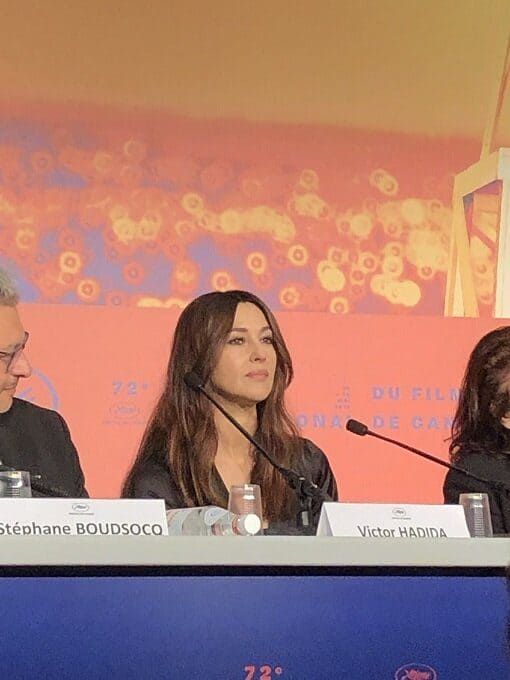 It has been a very rock ‘n’ roll Cannes so far – a little horror, a little emotion, and a whole lot of beauty and electric mayhem as only this festival can deliver it. Team Honeysuckle started our next round of events promptly at midnight with the world premiere of Gaspar Noé’s Lux AEterna, a thoroughly unique film-within-a-film produced by Saint Laurent. We watched as the great director and his stunning cast, including Béatrice Dalle, Charlotte Gainsbourg, Yannick Bono, Abbey Lee, Clara 3000, Karl Glusman and more took the red carpet by storm.

Noé is one of our very favorite filmmakers, and Lux AEterna is a mesmerizing addition to his canon, a tongue-in-cheek visual essay on the nature of making movies. In the 51-minute piece, the actors and crew essentially play exaggerated versions of themselves working on the set of a film directed by Dalle and starring Gainsbourg as one of three witches to be burned at the stake. Chaos reigns, from Dalle and Gainsbourg’s lengthy conversation about their embarrassments, to the producer and cinematographer plotting to sabotage the production, to perhaps the sexiest “witch burning” captured on camera in recent history. It’s sensory overload in the most gorgeous way, with all costumes provided by Saint Laurent and Noé’s provocative otherworldy aesthetic inviting audiences to ask in just what freakishly seductive wonderland they’ve found themselves.

In the press conference following the film, Noé spoke about the language of cinema. He stated that film does not need to be restricted to dialogue and traditional rules, that there are in fact many unconventional languages that can communicate with each other and with viewers. We found his styles reminiscent of feminine filmmaking and very inspiring. Go check out Lux AEterna (which currently holds a 100% Fresh rating on Rotten Tomatoes) and let your imagination roam free.

The next morning began with two-hour talk by Hollywood legend Alain Delon, who accepted the honorary Palme d’Or for his decades of achievement as a mainstay of international cinema. The choice of Delon for the honor has drawn the ire of feminist groups such as Women and Hollywood, criticizing the actor for his right-wing politics (including a stance against adoption for gay couples) and for admitting to having slapped women he’s been in relationships with. Despite the controversy, we found him to be thoughtful, eloquent, and an eminent gentleman more than worthy of the festival’s recognition.

In fact, Delon attributed much of his success to the women who have loved him and who he has loved. He spoke at length about his life, passions, and career, which began with his discovery at Cannes in 1956. At the time, he had recently been dishonorably discharged from the military and joined his friend, actress Brigitte Auber, at the festival, where a scout for producer David O. Selznick offered him a screen test. The rest is history: Delon has appeared in nearly 100 films, among them The Yellow Rolls-Royce, Is Paris Burning? and The Samurai.

But one of Delon’s most powerful films, if sadly obscure, is Monsieur Klein, a 1976 drama directed by Joseph Losey that tells the story of an unethical art dealer who becomes the target of anti-Semitism in occupied France during World War II. In its initial release the movie got a strong reception, even being nominated that year for the Palme d’Or (losing to Taxi Driver), but over time it’s faded into the background of Delon’s impressive body of work. Now the film has emerged from the ashes, being screened as part of Delon’s own Palme d’Or ceremony, and its themes may once again hold audiences spellbound.

Later in the day we attended a press conference with Monica Bellucci, whose film The Best Years of a Life (Les plus belles annees d’une vie) was screened out of competition. Directed by Claude Lelouch, the movie reunites French cinema icons Jean-Louis Trintignant and Anouk Aimée in a sequel to their classic 1966 romance A Man and a Woman (Un homme et une femme). Now in their twilight years, former lovers reunite to give each other the best memories they can in whatever time they have left. Sentimental, dreamlike, and with a haunting poignancy, The Best Years of Our Lives seems to have combined the greatest elements of On Golden Pond and Richard Linklater’s Before trilogy… to simply magical results.

Adventuring into the sunset next to the one you love, devil-may-care, for possibly the last great ride of your life? Hey, that sounds pretty rock ‘n’ roll to us.

Have questions about Cannes? Keep checking the site for our extended notes, and tag one of our posts on Instagram with #canneshoney to hit us up! 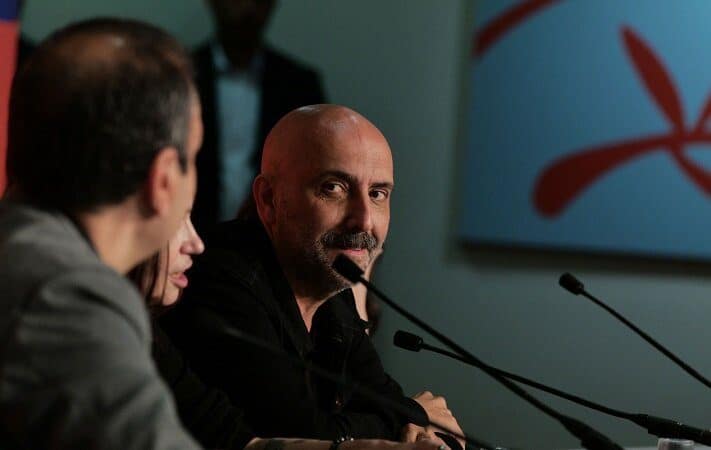 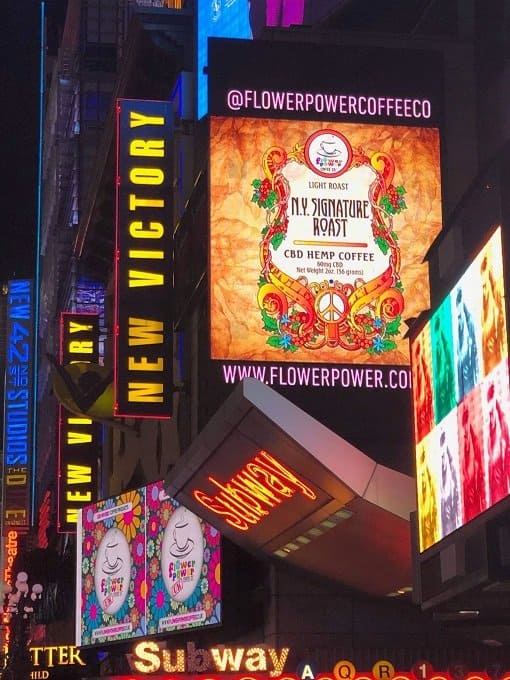