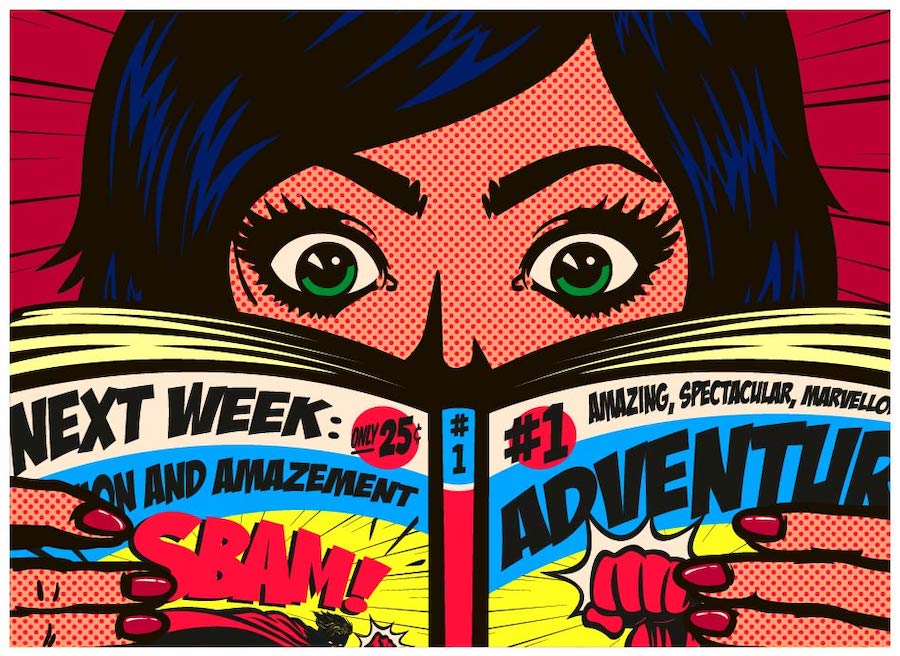 So, to find the right gift books for your loved ones, consider the unique titles below via Heliotrope Books. A small press headquartered in Lower Manhattan, publisher Naomi Rosenblatt and Heliotrope Books have been dubbed “THE downtown indie press . . .” by The Huffington Post.

Look below to see why. Enjoy your browsing!

CINDERS: Stories of an Inner-City Survivor ~ A Memoir by Cindy Brown Austin. A scintillating account of African-American urban life in recent decades, focused on Hartford, Connecticut.

CITY OF ANGLES ~ A Novel by William Loving. The humbled anti-hero of this brash comic novel journeys across the underbelly of Los Angeles in search of his missing son. His mythic foray amid the homeless, the addicted, and the angelic is life-transforming.

THE DOCTOR BROAD: A Mafia Love Story ~ A Memoir by Barbara H. Roberts, MD. The true-life tale of trailblazing cardiologist Roberts, who plunged into legal/medical advocacy for a Mob godfather while falling in love with another Mafioso. It’s a single-mother, feminist love story, unlike any other.

BENT BUT NOT BROKEN ~ A Memoir by Don Cummings. A gay man’s story about life with Peyronie’s disease (the painful curved-penis syndrome affecting 5% of the world’s males). This book confronts intimacy issues on every level: sexual, psychological, emotional, private, and public.

THE YEAR MARJORIE MOORE LEARNED TO LIVE ~ A Novel by Christie Grotheim. The many misadventures and eventual epiphanies of the book’s title character; she yearns to be elsewhere, far away from town and family, doing anything other than what her daily life entails. Seriously witty!

THE FEUD ~ A Novel by Catherine Hiller. Back to the mid-1990s. Cell phones are flip-phones. The Internet is emerging. And an office feud between two women becomes psychological warfare as wine-loving Roberta and cannabis-connoisseur Nikki clash amid the new technology, men, and more.

MARIO PUZO: AN AMERICAN WRITER’S QUEST ~ A Biography by M. J. Moore is the first-ever biography of The Father of “The Godfather.” Puzo’s decades of struggle as a novelist are detailed, as is the rich body of work he created. Writer. Soldier. Gambler. Parent. Husband. Puzo’s life was mythic.

WHAT MAKES A MAN RUN ~ A Novel by Mark Thompson. This one is tailor-made for any reader who is competitive, athletic, and yearning to grow through physical regimens. The protagonist has a great deal of grievous stress to discharge and discovers by running that soul-healing and self-love are possible.

TO THE MOON AND BACK: A Childhood Under the Influence ~ A Memoir by Lisa Kohn. The “Moonie” religious cult (aka: the Unification Church) peaked in the 1970s and ‘80s. Kohn explores how challenging it was to escape that cult and reconstruct herself. Profound psychological insights.

NEMESIS ~ A Novel by David Pinto. Two white-collar archetypes (a doctor and a lawyer) are old friends, but neither is aware that they’re both involved with the same lover. When she turns up dead, all bets are off. The result is a dizzying courtroom thriller is the result.

PASSPORT TO PARIS ~ A Memoir by Glynne Hiller. A sharp, provocative work of autobiography by a woman now in her 90s. She recounts the 1950-1951 academic year in Paris with her husband and their toddler daughter. By year’s end, the author will be charting a new course in her maverick life.

TIGHTROPE: Balancing a Life Between Mario Cuomo and My Brother ~ A Memoir by Steve Villano.

Ethical quandaries and other dilemmas emerge as the author’s career as a speechwriter for the original Governor Cuomo of New York intersect with his loyalty to his Mob-aligned brother. Serious conflicts.

FAME SHARK ~ A Memoir by Royal Young. Nothing is mundane in this author’s brazenly honest account of his sexually-conflicted, addiction-prone, wildfire youth on the Lower East Side of NYC in the 1990s. His family is a piece of work, and so is he. Blistering. Honest. Redemptive.

ON ANOTHER NOTE: Making Music at Head Start ~ A Memoir by Leah Wells. As a professional musician and performer bringing both songs and movement exercises to a public school classroom, Leah Wells is beloved by her students. But administrators and other colleagues are less welcoming.

LOOKING FOR A KISS: A Chronicle of Downtown Heartbreak and Healing ~ A Memoir by Kate Walter. Dumped after 25 years, the lesbian author of this powerful memoir refuses to wither and die. The author subsumes her yearning, fear, energy, anxiety, and libido into everything: chanting, Gay-positive churches and psychic readings, yoga, and dating at 60 in search of meaningful hot kisses.

BELOW AVERAGE: A Life Way Under the Bar ~ A Memoir by Lianne Stokes. A laugh-out-loud comic memoir, with serious undertones. The author’s history of insecure personal development consolidates around her decision to finally lose her virginity at age 30.

WHAT’S NEVER SAID ~ A Novel by Susan Shapiro. This bold novel recalls a trans-generational, professor-and-student love affair that meant everything to her, but little to him – as the protagonist discovers when they cross paths decades later—expressed through vivid dialogue and many echoes of a bygone era.

TRADE OFF ~ A Novel by Nader Hossain Salehi. A spellbinding page-turner with elements of a legal thriller and overtones of an international spy novel. Insider trading, espionage, and mega-legal conflicts sustain a dizzying narrative clip.

THE LAST HOTEL ~ A Novel in Suites by Sonia Pilcer. Back to the lost world of 1970s New York City, where the cast of eccentrics in this novel are living in an Upper West Side residential hotel. The walls are thin, and their miniature suites are porous with tales of past adventures and present conflicts.

POINTING IS RUDE: One Father’s Story of Autism, Adoption, and Acceptance ~ A Memoir by Digger O’Brien. After searching for medical resolutions to his first son’s autism, the adoption of an infant from Ethiopia transforms family dynamics, allowing the author to witness abundant growth all around.

NAVIGATING TWEETS, FEATS, AND DELETES: Lesson for the New Workplace by Richard A. Moran. A guidebook of sorts, filled with tips and insights and observations about how office culture has changed relentlessly in recent years.

SINS and CEOs ~ Lessons from Leaders and Losers That Will Change Your Career by Richard A. Moran sounds like a self-help book for MBAs. But it isn’t. This is a down-to-earth assessment of how and why CEOs are as prone as anyone to foibles, yet invariably almost always try to do their best.

FOR PARIS ~ WITH LOVE & SQUALOR ~ A Novel by M. J. Moore. This is an engaging “fictive-memoir” narrated by an elderly woman in hospice who’s “talking out” her long-suppressed life story in 2015; she takes us on a journey to liberated Paris and her own love supreme in August 1944.

BANKRUPTCY: A Love Story by Janet Lombardi. The most dangerous elements of adult life collide: Marriage, finances, secrets, and lies. Her account of reconstructing her own life is riveting and highly instructive.

THE BUNNY HOP ~ A Novel by Dara Lebrun. The first of a trilogy of modern womanhood novels, author Dara Lebrun tackles everything from surrogate pregnancies to bisexuality. The protagonist is Molly, who’s been offered two million dollars to have someone else’s baby. It’s not nearly as easy or simple as that sounds. Life interferes. Issues of trust and intimacy create pitfalls. But Molly prevails.

SUB ROSA ~ A Novel by Dara Lebrun. An affair with a married man. How can it last? How must it change? Are there possibilities for the future? All those conundrums are part of the landscape of this meticulous, tough-minded novel. This is the high-IQ dark side of “Sex and the City.”

HALF CRAZY ~ A Novel by Dara Lebrun. Star-crossed lovers in New York. What can go wrong? For saxophone-player Jordan and blues singer Summer Vale, the answer is everything. Because as the publisher of this novel reminds us: “Sometimes the sexiest and most romantic people are nuts.”

INDIAN LEAP ~ A Novel by Seth Kanor. A man emerging from a mid-life crisis (marriage ended; dead-end job left behind) plunges back into new crises by trying to help his ex-wife retrieve her orphaned 12-year-old nephew, who desperately needs a father substitute. You do the math. This cast of characters has depth and pathos, and the author’s writing has more than a touch of the poet.

FORTY YEARS STONED: A Journalist’s Romance ~ A Memoir by Tom Huth. The recollections of a cannabis-friendly life are laced here with bittersweet elements, as the author ponders how marijuana helped him cope with being his dying wife’s full-time, all-embracing caregiver. Poignant. Heartfelt.

JUST SAY YES: A Marijuana Memoir by Catherine Hiller. Entertaining narrative with endless reminders of how some individuals (for example, the author) can enjoy cannabis daily the same way that others are able to drink nightly. Hiller attended Woodstock in 1969 and represents accordingly.

NOT ABOUT MADONNA: My Little Pre-Icon Roommate and Other Memoirs by Whit Hill. As fate would have it, the author’s college roommate was a fellow aspirant in the performing arts named Madonna Ciccone, who was unknown when they met. Whit Hill reflects on their divergent paths.

MY MONK: A Typographic Novel by Elizabeth Dembrowsky. It’s experimental in form. There are stream-of-consciousness parenthetical asides; a boatload of anecdotal footnotes; and other innovations. It’s very much a love story, yet also a narrative high-wire act a’ la Jack Kerouac’s Visions of Cody.

PLAYING CATCH WITH STRANGERS: A Family Guy (Reluctantly) Comes of Age ~ A Memoir by Bob Brody. The author grew up as the son of deaf parents, and the intricacies of that situation affected his own lifelong personal odyssey. Brody’s deft touch as a gifted columnist is evident here.

CONTROLLED: The Worst Night of My Life and Its Aftermath ~ A Memoir by Neesha Arter. At 14, the author was sexually assaulted by individuals she always trusted. Many years later, Arter shares blunt, essential, discomforting truths about trust, betrayal, and recovery from trauma.

BOTANY, BALLET & DINNER FROM SCRATCH ~ A Memoir with Recipes by Leda Meredith.

This book contains a collection of stunning color photographs and delectable original recipes; juxtaposed with vintage family anecdotes (more recipes!) and startling insights into other cultures that she witnessed as a touring ballet dancer.

All these titles can be ordered online via Amazon, Bookshop, Indie Bound, and Barnes & Noble. 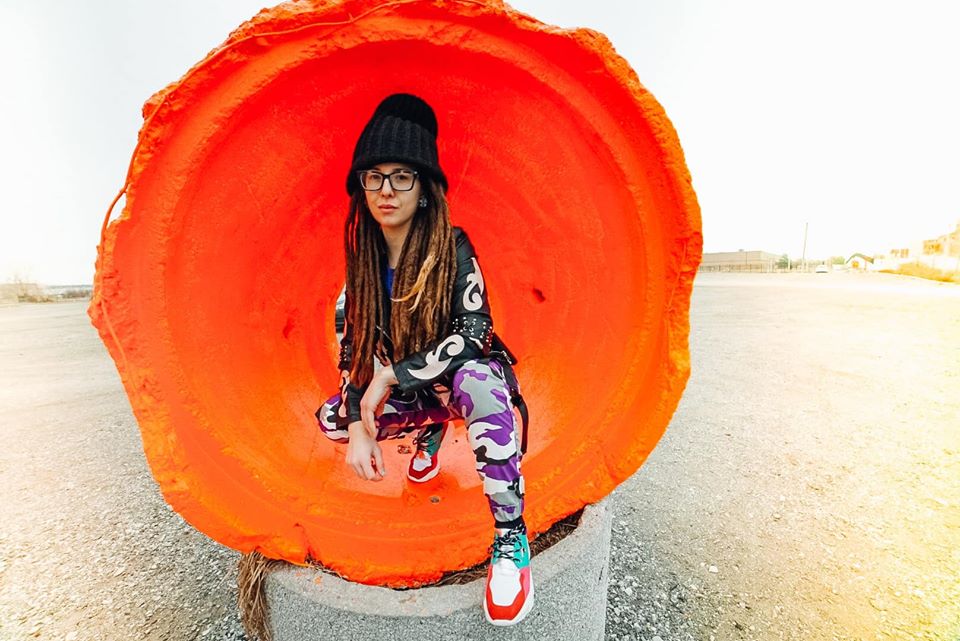 Cannabis, Veganism and Activism: An Interview With Jessica Golich 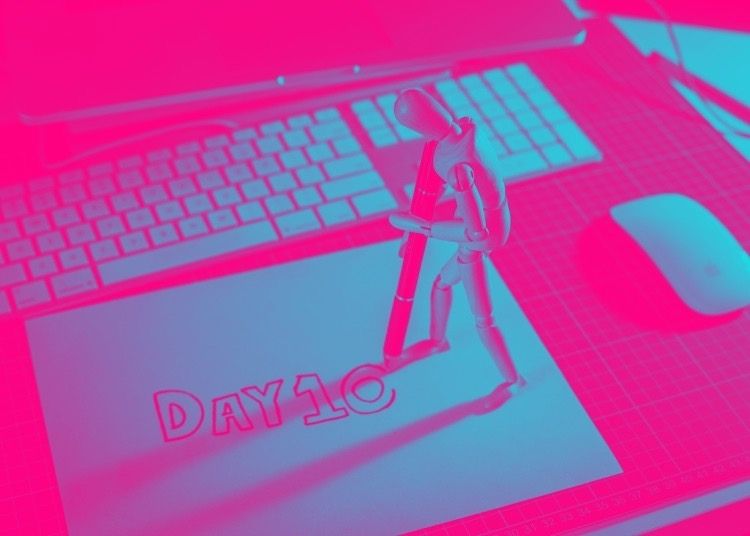