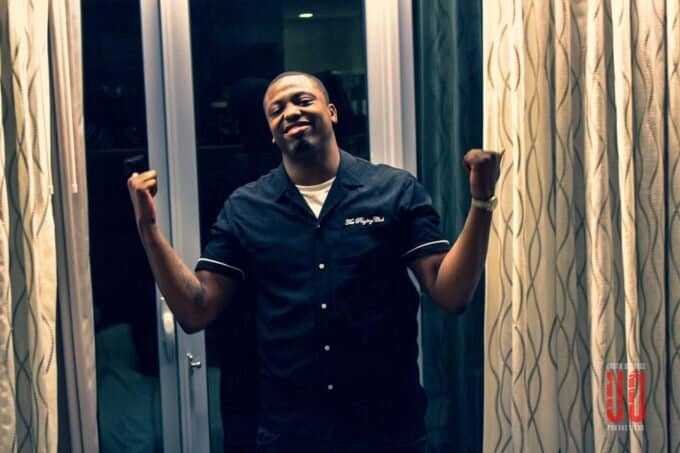 This year is looking to be an unstoppable one for SNS as he promotes his forthcoming film Luv Me Now B4 They All Luv Me and eludes to a possible summer album Not a Humble Summer 2.

Hailing from Harlem, SNS is a Hiphop recording artist and co-founder of the independent label Icy Gang Records. Influenced by legendary people in his life such as his father, DJ, SNS began recording some of his first hits at age 16. One song titled “Let’s Talk Money” featuring T-Pain opened the door for his music to be heard by a wider audience. Since then, with the creative urge to push past the boundaries set upon him, SNS released his Valentine’s Day album She Loves Me, She Loves Me Not with the lining single, “Max B Vibes.” The official video for the single was just released to the public this week.

Honeysuckle had the chance to sit down and talk to the up and coming MC about what it takes to make it in the music industry and the motivations behind his work. This year is looking to be an unstoppable one for SNS as he promotes his forthcoming film Luv Me Now B4 They All Luv Me and eludes to a possible summer album Not a Humble Summer 2.

Watch the official video for “Max B Vibes” here

A Chat With SNS

AMYIAH HILLIAN: Were you expecting success to happen so fast?

SNS: I wouldn’t say that it happened fast. I’d say that it was a lot of groundwork, but my hundred percent view on success, where I feel like I would say I’m a very successful Hiphop artist at this point, is nowhere near that. I know the more I stay on this grind, the more consistent I’ll be. I wouldn’t say that I’ll get there shortly, but I’m not trying to be a C-level artist. Even the B-level artists, I’m not trying to be one of those. I’m trying to be an A-level, you know where the Drakes, the Kendricks, the J. Coles, the Meek Mills [are], I’m trying to be there. I’m trying to do numbers like that. I’ll just say the grind and prayer helped me get here. Everybody’s time is everybody’s time, that’s how I look at it.

What inspired you to start recording at such a young age?

To be honest, it was the advice from my guy Tony back in the day. I was maybe like 15 or 16 and I wasn’t taking it seriously at that point. And my man Tony really gave me a lot of voice and knowledge, a lot of confidence that I didn’t have in myself at that point, but not just around music. I love Hiphop. I bought all sorts of albums and mixtapes and shit like that, you know what I’m saying? The writing was so dope too, but I never thought it would be a serious thing until my man Tony really just had me in the studio. The first song that I recorded, I didn’t write. I had a bunch of bars in my head together and I recorded it. It took about two takes. But from then on, I was writing. I’m not one of those guys who says I don’t write. I love sitting down and processing.

Just recently, probably for two studio sessions, I didn’t write. It was dope, you know, but I know I would’ve said better things if I would’ve written them.

When I was about 17, I started taking it all seriously. My song got played on the radio and I couldn’t go back. We were in a time where if you had one song popping in Harlem, if you didn’t have another song popping after that, we’re going to fry you. First, it was you tried to be a rapper and now you’ve got to be a rapper. Once the song got played on the radio, I had to keep it going.

How did you and Rich Ice decide to form Icy Gang Records? And what do you feel distinguishes the Icy Gang vibe and artists from anybody else out there?

I did music and he did music on the side. He already had the name Icy Gang. But it wasn’t like no music label. It was just him and the clique. I was coming up calling myself the iciest, because I used to rock the Pellays that got the stones on them. The BBs were super popping at this time, too and I was a super Gucci. I was stone-cold ice. So, I used to call myself the iciest. I did a beat for Rich and that’s how we linked. People in Harlem just liked how we sounded. And we were like, “We need to do something together.” Then I’m like, “What do we call it?” and he’s like, “Well, we could go with the Icy Gang shit.” So yeah, me and him just started Icy Gang Records.

The Icy Gang umbrella is not really just [St. Nicholas Avenue]. Projects, where I’m from. It’s all over Harlem. My man Putty’s, he’s downtown. It’s a lot of us. It’s all love under this umbrella. When it’s lit, when we hit that ten-thousand-a-show mark, people will see it more global, they’ll see the impact that we have.

We even give back. Not just on Thanksgiving and stuff likethat. Like we did a nice little “back to school” joint for the kids where wehad hotdogs and all that, and cooked for them. And then we were giving out bookbags and pencils and stuff like that, with the word “Icy” on everything. But our neighborhood was comingthrough, racking up. That’s more stuff to brag about than just us pulling up inforeigns.

You just released the single “Max B Vibes.” What was the inspiration behind that music video?

I rap to Max B’s music; he was a heavy influence on me, like when I was coming up. When I used to make beats, I didn’t know how to make choruses that sounded like that. I would be sampling records and the sample would be the hook. So, my pops was like, “Yo bro, you’re going to have to make some hooks, bro. You can’t clip everything.” So, I just forced myself to start doing that. I never liked to make regular hooks. I do them sometimes and they be hitting. The ones that I always love were from like Biggie [Smalls], Fab and my favorite two were 50 [Cent] and Max B. They gave me stuff that the real ones could sing. You could sing you some Chris Brown, but if you come from where I come from you might look a little crazy. But if you sing 50 flipping to Chris Brown’s joint, you know you’re going to sing that. Because he might talk about some stuff that you could probably relate to. So that’s the type of vibe I liked and that’s what Max B used to deliver as well. But his choruses would be so, I don’t know how to explain it, but to say wavy. No pun intended, but that’s the best way to call it.

Amyiah Hillian is a writer of poetry, fiction, and occasionally nonfiction works. Raised in Williamsburg, Virginia, she is now based in New York and completed her undergraduate studies at The New School. Through writing she tries to be progressively open about human experience, particularly from her viewpoint as a black female. Her goal is to find importance in all human interaction, both beautiful and painful. Follow @amyiah_calcutta on Twitter and Instagram. 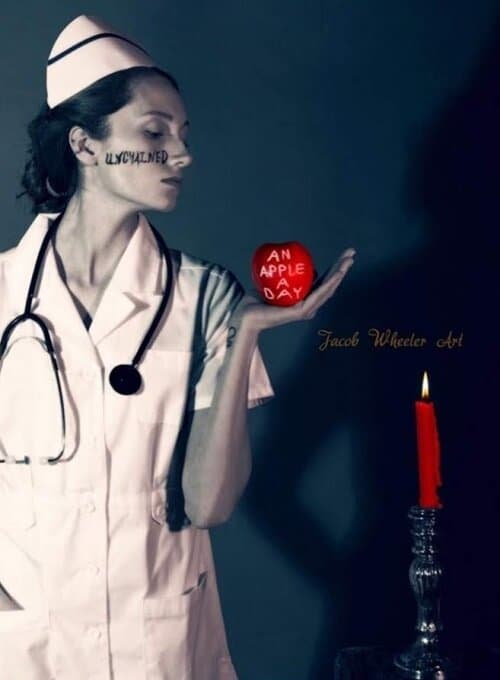