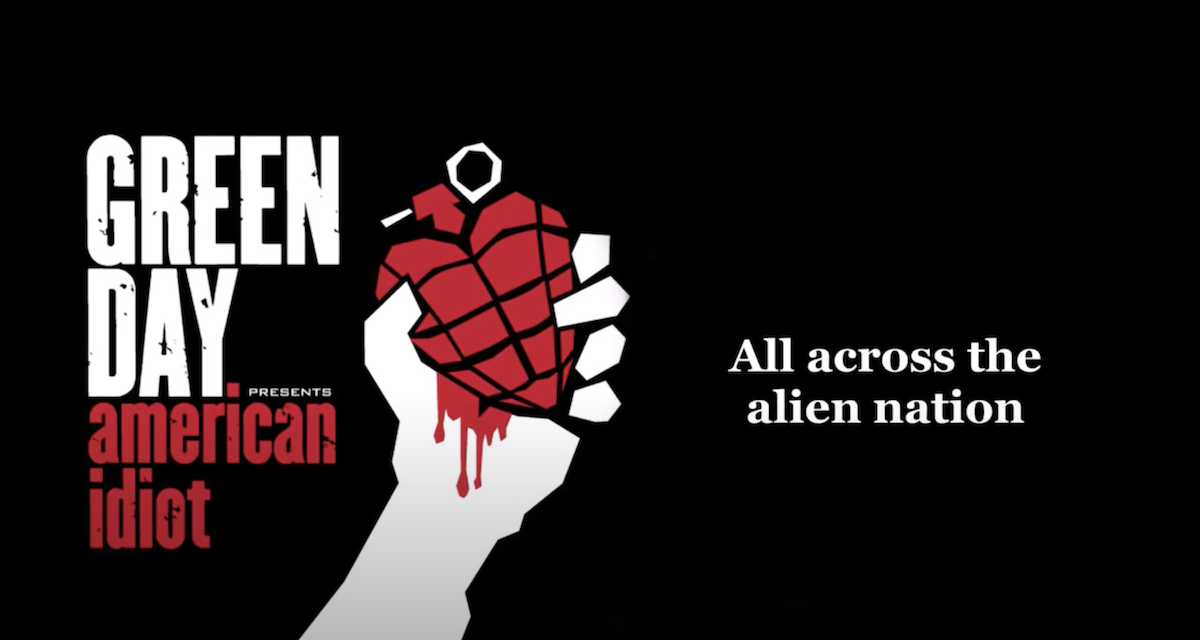 a year ago by Owen Conway • 7 min read

In March of 2017, on a blustery night in Brooklyn, I witnessed the best concert I have ever been to. Green Day stopped in New York City on a midway leg of the Revolution Radio Tour and sold out the Barclays Center for one night of electrifying live music.

I lost my voice from nonstop singing along. It was a night defined by unforgettable moments, the most memorable being the ear-splitting “fuck you Donald Trump!” shouted by Billie Joe Armstrong at the end of the band’s politically charged classic “American Idiot.” The Green Day frontman is notoriously anti-Trump. Outbursts like the one at the end of the 2017 concert and his outspoken political nature are nothing new.

In 2004, Green Day shocked the world and redeemed their career with the rock opera masterpiece American Idiot, a grand experiment in storytelling and political commentary that perfectly captured the tumult and anxiety of George W. Bush’s post-9/11 America. Since that album, Green Day has been one of the leading voices in musical political critiques.

Green Day thrived in the 1990s as a punk rock band that fit into the mold of popular rock music at the time, but nearly got lost in the wave of post-grunge bands that were mostly forgotten at the turn of the millennium. Following disappointing sales of the 2000 album Warning and the theft of the master tapes for what would have been the follow-up album Cigarettes and Valentines, Green Day went back to the drawing board.

From the band’s lowest point up to that time came the most ambitious effort of Green Day’s career, and the ‘90s punk kids became the heroes of rock music and the voice of a generation with American Idiot.

Leaving the Barclays Center in 2017, I was riding the high of an amazing concert and thinking little of the expletives hurled at the then-president. Now, four years and a lifetime’s worth of societal upheaval later, I recall Billie Joe Armstrong’s sentiment both that night and on American Idiot and realize the resonance that desperate and passionate feeling holds today.

The story and criticisms leveraged on American Idiot are as pertinent today as they were in 2004, solidifying the album as the definitive statement on 21st century American politics and society.

Green Day’s American Idiot: “We are the Stories and Disciples of the Jesus of Suburbia”

Whatsername becomes sick of the lifestyle and leaves her boyfriend and the city behind. The loss of his girlfriend opens the Jesus of Suburbia’s eyes to what his life has become, and he metaphorically kills the St. Jimmy part of himself and returns to his hometown.

If this story of a lost and downtrodden young generation in America was true in 2004, it is even more relevant in 2021. Since the election of Donald Trump in 2016, the citizens of America have witnessed increasing party polarization.

They have watched America’s influence and reputation on the global scale fluctuate as a dangerous president and his ravenous supporters say and do unbelievable things each day. They have grown to question and fear establishments designed to protect and serve.

They have watched unprecedented environmental and biological catastrophes bring America to its knees as a selfish government leaves its people to languish.

“Jesus of Suburbia” and the Youth of America

Almost no one is left unscathed by the recent deterioration of American society, but perhaps nobody is dealt a worse hand than the youth of the nation. All of America’s latest generation of voters and future leaders have been raised in an era of chaos, living from one horrible “once-in-a-lifetime” moment to the next.

The youth of America are left feeling hopeless at the prospect of inheriting an economy in shambles and a planet on life support, all while facing the ramifications of the coronavirus. Compared to the generation that came of age in the era of 9/11 and the Iraq War that Green Day lamented against, today’s youth could argue that they have more of a right to adopt American Idiot as their own.

In many ways, the Jesus of Suburbia embodies today’s youth as much, if not more, than the youth of 2004. Many kids are bored and unmotivated, stuck in a rut in their hometowns. Many have been forced into a monotonous daily routine of online school, online work, in addition to a steady stream of bad news from television and social media while trying to maintain their sanity.

The mental health toll of the pandemic makes the Jesus of Suburbia an even more relatable character, as depression, alcohol and drug use run rampant alongside the coronavirus. Just as the Jesus of Suburbia found the self-destructive St. Jimmy in the city, the modern youth of America are finding him when escaping the misery of everyday life.

Even Whatsername’s abandonment of the Jesus of Suburbia is perfectly applicable to modern times, as quarantine has made maintaining close relationships has become harder than ever.

While most people are not out moving to new cities, meeting new people, and going through intense self-discovery right now, that storyline from American Idiot is highly reminiscent of what so many young Americans are experiencing in life right now.

“This is Our Lives on Holiday”: Critiquing Conservative America, Apathy, and the Media

American Idiot is not just a story but a broader critique. American Idiot is political commentary as much as it is a concept album. It features intense and explicit anti-war and anti-Bush themes on songs such as “American Idiot” and “Holiday,” which deviate from the album’s conceptual story to take on real-world people and events.

The titular track “American Idiot” is so applicable to the band’s views on Donald Trump and his supporters that it is almost shocking it comes from over a decade prior. Although Green Day has since written music directly attacking the 45th president (see the Revolution Radio track “Troubled Times”), “American Idiot” works so well as an anti-Trump song that it feels unnecessary to look elsewhere.

The song, which was written to criticize conservative Americans and the media coverage of events like the Iraq War, takes aim at people who are proud supporters of views the band strongly disagrees with (“I’m not a part of a redneck agenda,” Armstrong sings in the song’s second verse). The song also criticizes media outlets that participate in fearmongering (“One nation controlled by the media”).

The lyrics are just as applicable today, as the nation’s view on Trump supporters sours by the day, particularly after false claims of election fraud and a violent invasion of the Capitol Building. The media has not outgrown these criticisms either, as numerous different media outlets feed into the already-drastic party polarization with biased stories that cover only the narrative they want it to.

It would be near impossible to write a song more politically charged than “American Idiot,” but Green day managed to do it on the very same album with the track “Holiday.” Featuring darker and more violent lyrics minus much of the pop-friendly bounce of “American Idiot,” “Holiday” attacks the Republican party’s alienation of certain groups of people, as well as the apathy of many Americans towards the dire state of the nation and the world at the time.

Like the album at large, “Holiday” arguably works better as a modern protest song than it did in 2004. The alienation of minorities sung about in “Holiday” is more obvious than ever following waves of protest against the murder of several black citizens by the police last year.

Furthermore, the apathy displayed by many Americans towards the nation’s most pressing problems is painfully obvious today.

The failure of the United States to control the spread of the coronavirus has been exacerbated by people who deny the severity or existence of the virus and refuse to wear masks lest their freedoms be infringed upon.

Armstrong repeats “This is our lives on Holiday,” throughout the song as a mantra to living through chaos like it is nothing at all. It is hard to believe that this line has not always been about anti-maskers and virus-deniers.

For all the doom and gloom of American Idiot, 2004 America, and 2021 America, there is hope, both at the end of the album and for the future of America. The album’s final two tracks, “Homecoming” and “Whatsername,” draw the story to a satisfying and bittersweet conclusion; Jesus of Suburbia metaphorically kills the St. Jimmy part of himself, returns to his hometown, and remembers Whatsername, a girl who used to be very important to him, who he can’t fully recall.

Although Green Day might not have seen any end in sight for the real-world troubles they sang about in 2004, 2021 allows a bit more room for optimism. With the end of Donald Trump’s presidency looming large and the mass distribution of covid-19 vaccines on the horizon, it is becoming less and less absurd to imagine a return to a life without masks, to attending concerts, to having parties with friends again, and a farewell to endless nights home alone using drugs and alcohol to drown out the world.

Just as the Jesus of Suburbia left his darkest days behind in “Homecoming,” our own homecoming will be the return to normalcy granted by the vaccination and Trump’s expulsion from the White House. Furthermore, just as the Jesus of Suburbia recalled bits and pieces of those days in “Whatsername,” our life under the thumbs of the coronavirus and Donald Trump will soon be distant memories to swap stories about as we enjoy the in-person company of loved ones.

American Idiot was released 17 years ago as an emphatic statement on American life. All these years later, even after unprecedented amounts of political and societal change, the album has never been more relevant. From the wayward youths of a generation raised in turmoil to the radical and violent state of politics, to the cautious optimism for a better future, American Idiot perfectly encapsulates the state of America at a major crossroads in the nation’s history, making it the perfect album for our moment. 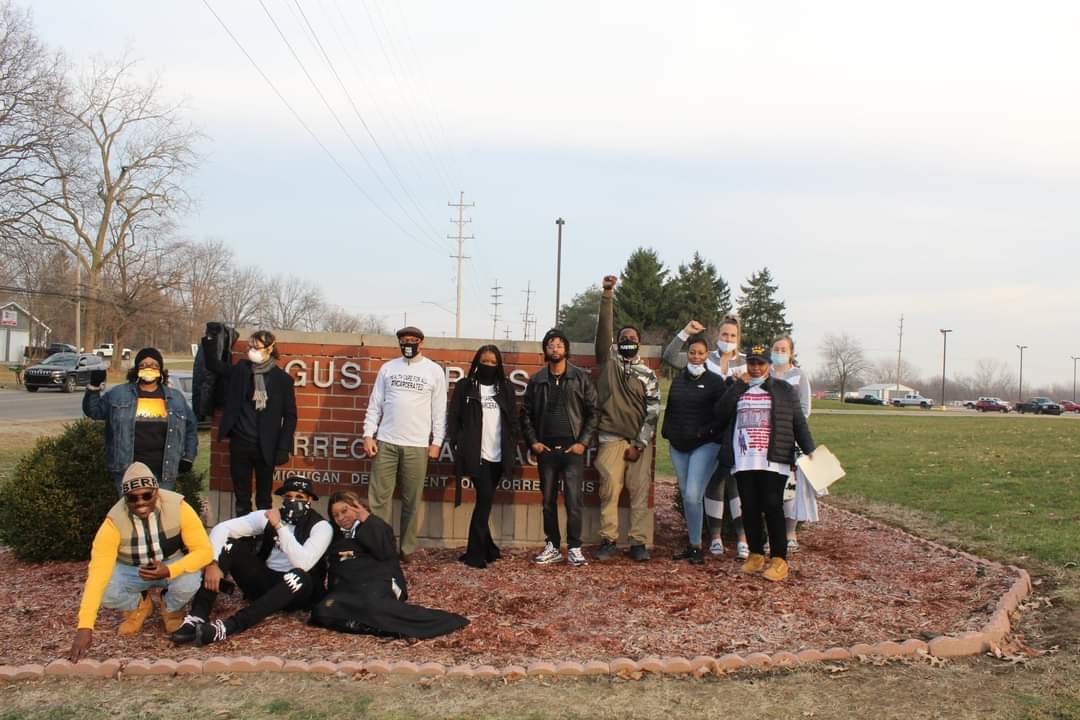 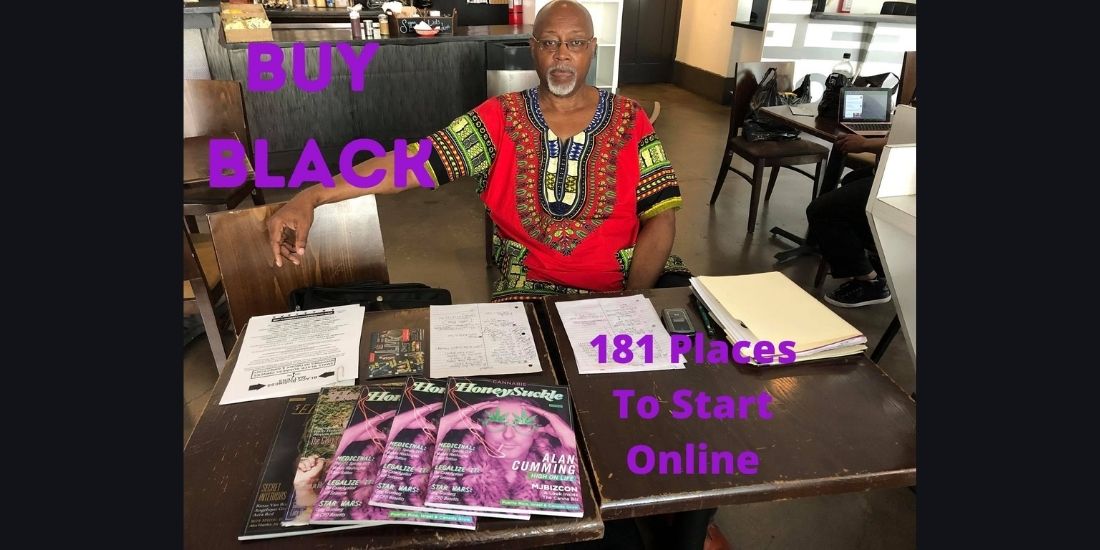