From 'Hannibal' to 'Pusher' We Are Mad About Mads Mikkelsen

Angular. Impeccable. The actor with razor cheekbones and eyes pulling you closer. I’ve always been mad about Mads. If you have never seen his breakout performance in Nicolas Winding Refn’s Pusher, I highly recommend it. And every sexy, charismatic, compelling quality about Mads that you see onscreen is multiplied a thousand-fold IRL.

He wowed on the television series, Hannibal. Mads plays Hannibal Lecter, the serial killer in Thomas Harris novels. When Mikkelsen was cast for TV’s version of Hannibal, I was skeptical. Who can imagine anyone but Sir Anthony Hopkins playing Hannibal the Cannibal? However, Mads, as always, created a marvelous version of Hannibal and every scene he was in held me riveted.

Suspenseful psychological thrillers are my favorite. Mads starring role in The Hunt is nothing like the Thomas Harris books, nor their adaptations into the Oscar winner, Silence of the Lambs, and both film versions of Red Dragon. But, The Hunt grabbed me at the start. It’s a realistic story about an innocent child’s little lie leading to the total destruction of a man’s life.

Mads and his acting keep getting better. I met Mads at a private cocktail party in Manhattan. I’ve interviewed many celebs over the years. I no longer get starstruck the way I did at the beginning.  But, I admit, there was a strong energy that pulled me to him. The actor’s magnetism is even stronger in person. So,  I took an impromptu beeline.

When I entered the room, he was standing alone in a corner, all the way in the rear. I wondered if maybe he, too, feels awkward at cocktail parties. It wasn’t a calculated decision, simply an impulse to walk over and say “Hi.” Mads’ mouth curled into a sweet smile — and those eyes! He turns and gives me his full attention. It quickly felt as if I already knew him. It became a half hour of one-on-one conversation, we began with gymnastics. Before he was an actor, he was a gymnast. Long before I was a movie critic, or an adult, I was a competitive gymnast.

As our convo flowed, I didn’t even notice how long it was without anyone interrupting us. Even though I could feel eyes on us from every corner of the room. The next day, I found out that all of the others at the cocktail party mistook me for a friend of his. The all left us alone out of respect for his privacy. I don’t normally think of myself as a lucky person. We all make our own luck most of the time, right? But that night, luck combined with my own impulsivity made for a lovely evening.

Mikkelsen is warm and humble, open and kind. It feels as if he knows me. Our only interruption occurs when a fan politely apologizes for the disruption and hands Mikkelsen fan artwork. It is a caricature of the actor that is right-on. Well-done. It captures Mads’ face in a few lines. Instinct makes me grab my camera and snap a pic.

Without any prompting, Mads looks directly into the camera, holding up the artwork. He offers me that gorgeous face. During the commotion, I do not get the artist’s name. (If he sees this, I hope he contacts me. I will happily give him credit.) Mads thanks the artist and returns to me to continue our private conversation.

After our extensive one-on-one chat —  which he seems perfectly willing to continue — I apologize. “My niece just arrived from Germany.” I say. “I only get to see her once a year.”
He looked disappointed. “You’re not going to see the movie?” Mikkelsen says. He is referring to the New York City premiere of “The Hunt.”

Smiling, I tell him that I’d seen it already in a press screening. “And I published a published a 5-star review.” He beams, thanks me, and off I go to catch the number 1 train. Oh, what a night. My heart is gleefully thumping as I head to the subway.

Excerpts From My Chat with Mads

Dorri Olds: Was being an actor what you wanted most?

Mads Mikkelsen: No. I never even thought about being an actor. Somebody asked me if I’d like to learn the craft and I said, “Okay.” I was a gymnast in a show at that time and somebody asked me afterwards one night. I performed as a gymnast for nine years and then I did acting after that.

Wow, you lead a charmed life. Have you ever had any dark periods?

Not seriously. Not depressed but you always have some dark periods. Sometimes you’re trying your best and you still can’t find a solution, but I try not to waste my life living in a dark place.

You seem happy. You have great laugh lines when you smile.I was a happy kid. I smiled a lot.

Do you have siblings?

I have an older brother who is an actor as well.

Is he proud of you?

We’re proud of each other.

How is his career?

He’s very successful. Predominantly he does theater and he’s very good at it. He also does TV.

Not as much as making movies. I’m in love with film.

Have you ever experienced the down sides of fame?

Yes, and everything else. You name it and it has happened. [Smiles]

If you’ve never seen the award-winning steamy political drama, “A Royal Affair,” rent it! You’ll be glad you did. 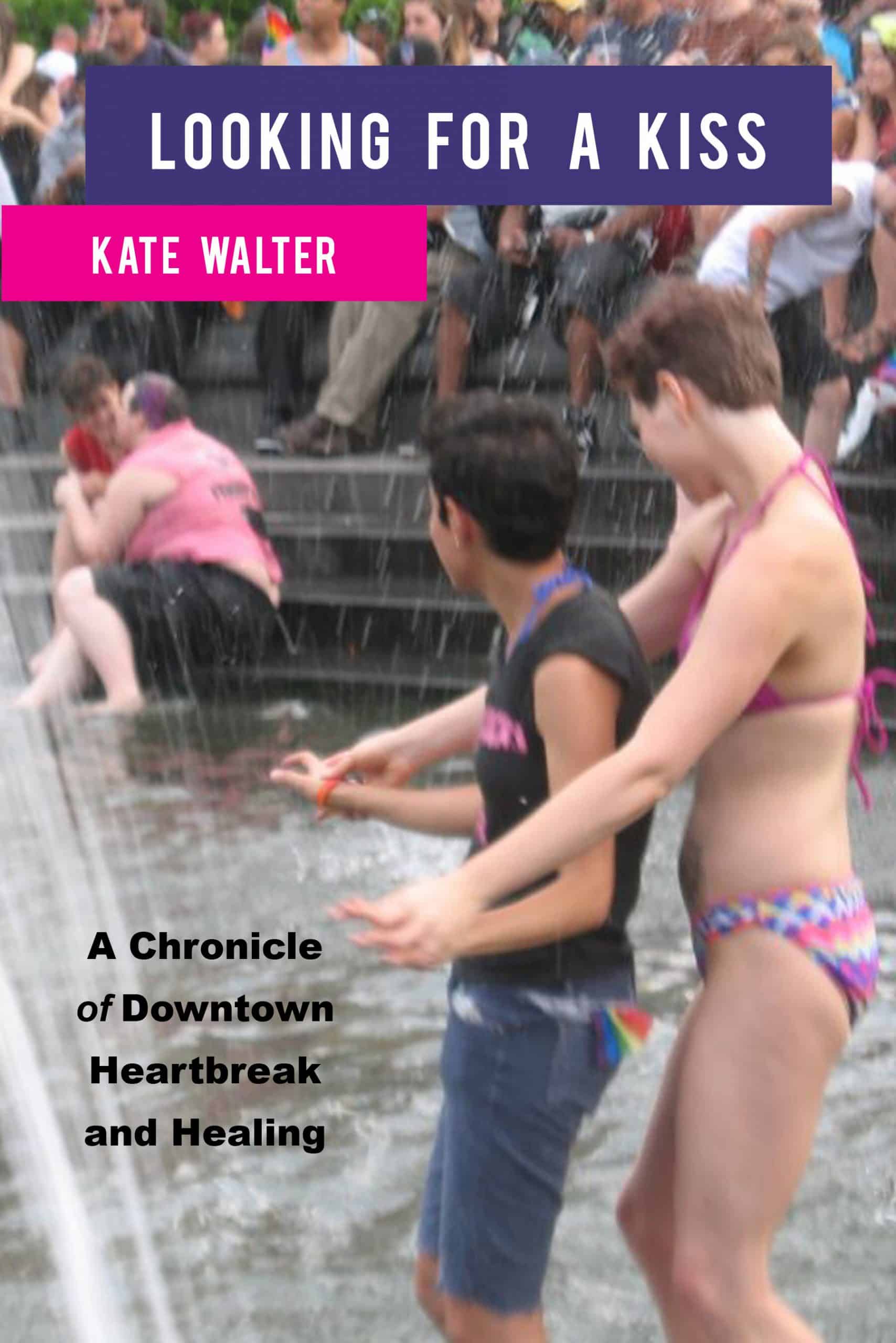 Excerpt from "Looking for Kiss: A Chronicle of Downtown Heartbreak and Healing"

About Last Night: Flo Morrissey - 5 at 5 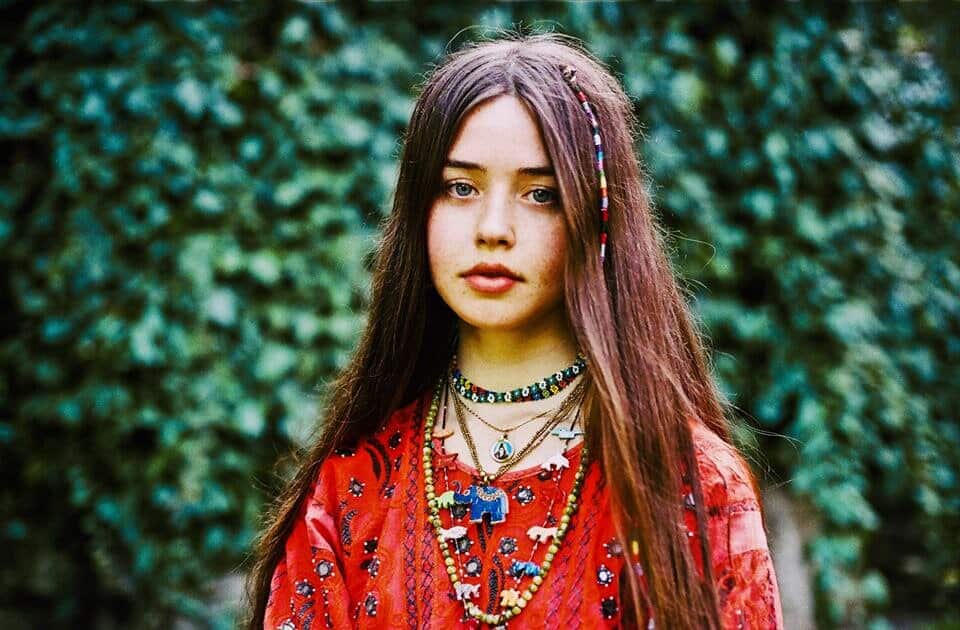