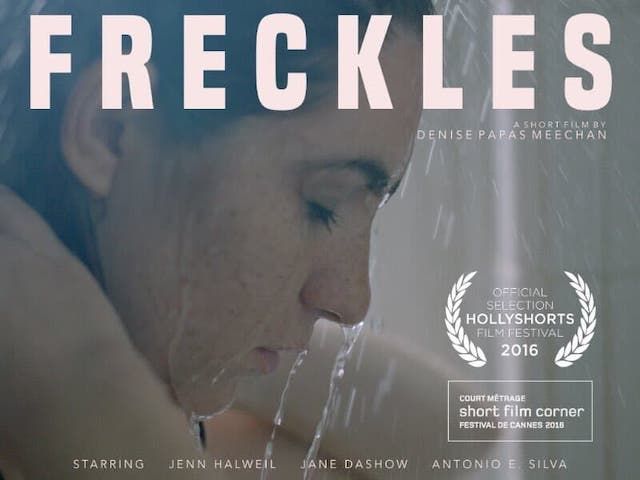 First-time filmmaker, Denise Papas Meechan, came out with her first short this year, ‘FRECKLES.’ The film, “a response to the cultural beauty standards of women,” is highly relatable to any man or woman who has suffered from some sort of body dysmorphia or physical insecurity. Which most of us have.FRECKLES has been met with great festival-success, including a debut screening at Cannes, then Hollyshorts, and is in the midst of long chain of screenings. Superb performances by lead actors Jenn Halweil and Jane Dashow sure help. Denise is excited and here is what she had to say.

What is FRECKLES about to you?Women- of any culture— are forced to look an impossible way. This norm is set up by men to fulfill the male’s wants and needs. By its nature, these demands are misogynistic and cause a ton of insecurity for all the women that won’t fit them– which is all women. Our culture seeds these insecurities into all of us because we don’t look like photoshopped instagram models. It’s disheartening. In Freckles, I wanted to explore what happens to a woman that doesn’t have a more rational dialogue debating that one.

How do you relate to the main character?I don’t know any woman that won’t relate to Lizzie. I spent decades of my life picking apart every body part and characteristic of my appearance. I entered most rooms dreading that I would be the ugliest one there. Today, it’s an effort to not care, to not shrink when a more attractive woman enters the party. Women can achieve incredible feats in their work or humanitarian quests yet society will still judge them on their looks. It’s a shame. That’s why we are here making these kinds of movies—we are trying to change that conversation!

What has the audience response been to the film?I was surprised that most people get the message behind Freckles. I have had critics that reviewed the film and audience members – men and women- reach out to me and let me know how much they related to Lizzie. They told me heartbreaking stories of their insecurities and how they struggle to this day because of their low self-esteem. I think self-confidence is so critical in one’s makeup. When someone is more confident, they are more creative and able to fulfill more of their destiny and that benefits our entire society.

Is there any one flaw you wish you didn’t have?No. I am over attacking myself over something so insignificant as appearance.

What’s with the violent end? (Spoiler alert!)Ha! Yes! There is blood! Lizzie is an emotionally stunted woman who is most comfortable inside her own head. She has just discovered anger as an avenue to release her inner turmoil. That final scene I saw first in my mind and it was what inspired me to write the film.What’s next?There’s no saying! I am happiest when I am creating and writing. I am in the middle of writing three screenplays right now and have had some interest in making Freckles a feature. I hope, no matter what the future brings, that writing is a huge part of it.

After fifteen years in television, Meechan has decided to explore her narrative voice. “Film allows me to go crazy with the characters I make up,” she said.twitter: @frecklesfimdenisepapasmeechan.com 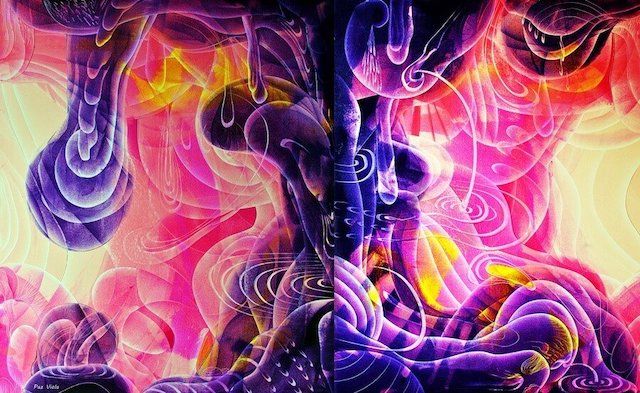