On August 25, 2019, Honeysuckle had the distinct pleasure of interviewing director, producer, and writer Francesco Zippel, whose new documentary “Friedkin-Uncut” is an introspective portrait of William Friedkin. The documentary features the irreverent 1970’s legend, who directed The Exorcist and French Connection, as well as his countless admirers. “Friedkin-Uncut” has been shown in festivals all over the world and is making its New York City Debut at the City Cinema.

JESSICA: I watched the film and learned so much about William Friedkin, but I’d like to start out by learning a little more about you. Tell me about some of your other work.

FRANCESCO: Cinema is something that interests me quite a lot and is the subject of several of my films. For example,  I was able to do a documentary about Nicholas Ray, who directed Rebel Without a Cause. When I started the project, he was no longer alive, but I got access to his wife and the people that he worked with. Another one was about the Hollywood 10, who were arrested during the McCarthy era. Then, a few years ago, I started working with Wes Anderson. I was the single unit director on a couple of his films. That gave me access to that world. I started also to work as a programmer for the Rome Film Festival, which gave me a great opportunity to network, and that is when I met William Friedkin. That is when he mentioned wanting to work on a film. It was a documentary that’s on Netflix, called The Devil and Father Amorth.

JESSICA: That’s the one about the exorcism that he witnessed at the Vatican.

FRANCESCO: Yes, I was working with him as a producer. It was a very, very difficult thing to handle. You had to tread very carefully because people are very skeptical of stuff like this. One of the main lessons that Friedkin passed on to me was to be true. Whatever you do, try to find a way to make the audience understand all the nuances of everything happening; in this case, whether you are Catholic or not.

FRANCESCO: It was really, really something, shocking, you know?  I’ve always been super skeptical about that, so when I was in the room with him, I saw and heard things that were not really understandable. There was this woman you can see in the film; she seemed totally normal, smiling, and when the exorcism started, she fell into a trance state. The most interesting thing was that whenever the priest would address something very specific about her problem, she reacted in a way where she would suddenly have this unbelievable strength for someone her size. There she was in this transitional state, and whenever someone would talk to her in Latin, which is a language she couldn’t understand, she’d react. There were three big men that had to hold her on the chair.

I also thought it was super interesting that a man (Friedkin) who in his eighties, and probably one of the most curious men I’ve ever met, still  really wanted to try to understand what happens in an exorcism. I was amazed because of how well he portrayed it on the screen, without having ever witnessed it before.

JESSICA: It seems that Friedkin hired actors with a solid performance background, but who were not “known”. It allowed you to really get into the life of the character you were watching. But then, he goes and hires Matthew McConaughey for the lead role in Killer Joe?

FRANCESCO: He told me that he was shaving in his bathroom one morning, and there was The Today Show on in another room. He heard this thick, southern accent and loved it. He was planning to set the story in the South. And he turned and saw this guy and he said, this voice, it’s so interesting. And he cast him.

JESSICA: In your film, Quentin Tarantino mentions how amazing Friedkin is with the casting.

FRANCESCO: Billy approached all of his films in this way. He wanted to find somebody who could be real. In fact, in the film Cruising,  Pacino’s style of acting was the opposite of the method actor he was used to working with. I think he was able to work with all of his actresses and actors, as long as they were ready to play on a completely different level. There’s a story that I had to cut from the film, but it was amazing.  The camera guy was from Cuba. He was the filmmaker for Fidel Castro and would follow him and his men all over the place as they were fighting against the Cuban army and everyone else. He was the quintessential guerilla filmmaker; he would shoot sequences when and how he wanted; he never asked for permission or for permits.

So, in one of the easiest scenes in The French Connection, a character is supposed to come out of a store and start to follow someone. This Cuban guy,  he didn’t know exactly what to do at that point, so he goes up to Billy and says, “Can you give me some reference points because I don’t know where he is coming from and going to, who’s coming into frame and what side of the street I need to shoot from?”  Friedkin looks at him and says, “Listen, when you were in Cuba, did Fidel ever tell you who he was shooting at or where the militia was coming from?” And the camera guy said, “No, of course not.” So Billy says, “Okay. You’re ready to go.”

JESSICA: What are you most proud of with this film?

FRANCESCO: That it’s a completely independent production. When I was editing The Devil and Doctor Amorth in Los Angeles, Billy and I would eat lunch at noon. Every day, he would tell me a new story about his life or his career. After a while I said, to him, “What a great story this would be. Billy, nobody has ever done anything about you and I know there are many people, really established American filmmakers, who would love to do it, but I’d like to.” He thought about it for about 30 minutes and then said, “Yes, okay. I trust you.”

JESSICA: How long did it take to make the film?

FRANCESCO: It took us seven months. As it turns out, the movie was super well-received at several European festivals. We opened in Venice last year. That gave us a big boost. We will also be going to Australia. We’ve been to Iran. It won an award at the Nastro d’Argento festival in Italy.

JESSICA: Off-topic, I know, but I have to ask. I was looking through IMDB and it says you played the footman in Wes Anderson’s The Grand Budapest Hotel. How did that come about?

FRANCESCO: (laughs) Wes Anderson uses a very small crew of people that he really likes and has a personal connection with, and he tends to ask the people he works with to place some of the smaller parts. When we were prepping to go to Germany, where we were filming Grand Budapest, I get a call and Wes says, “Grow your mustache.” I asked “Why?” and he says, ‘You’ll see.” Then, when, I was about to board the plane, I got a call from one of the costume people in the movie asking for my clothing sizes. As soon as I landed, I went right to the fitting room and ended up cast in the role of the footman. The most hilarious part is at the same time, I would have to do my work as the second A.D. behind the camera, dressed in this purple suit. And then he would tell me, “okay,” and then I’d go in front of the camera and he would film me.

JESSICA:  So you’d go back and forth in front and behind the camera, never taking off the suit? How long did that go on for?

FRANCESCO:  I would say… could be five or six weeks.

JESSICA: Okay, let me ask you the most generic question I can to close this interview. What’s next for you?

FRANCESCO: I’m writing my first collection of short stories. That’s something that I’ve been thinking about for a long time, but I finally started doing it. I’m also going to be making a film about Carnegie Hall, which is super cool because it’s like the heart of New York. 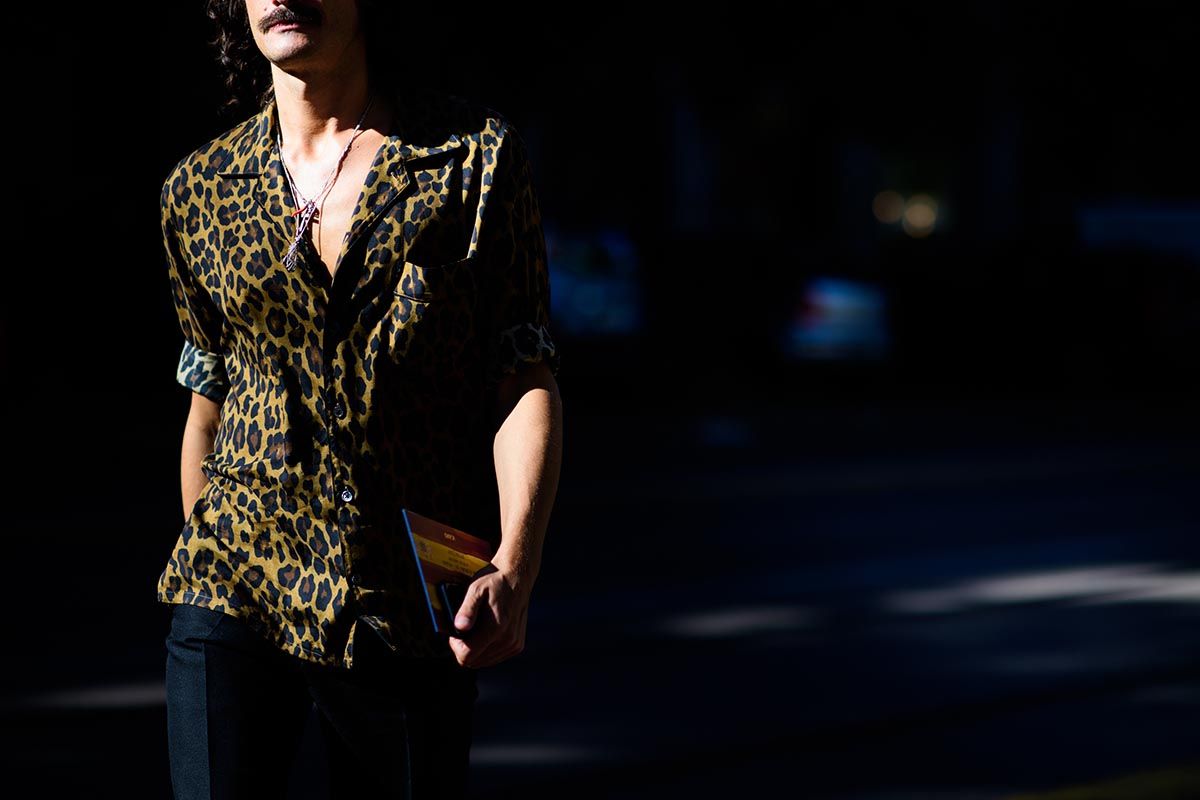 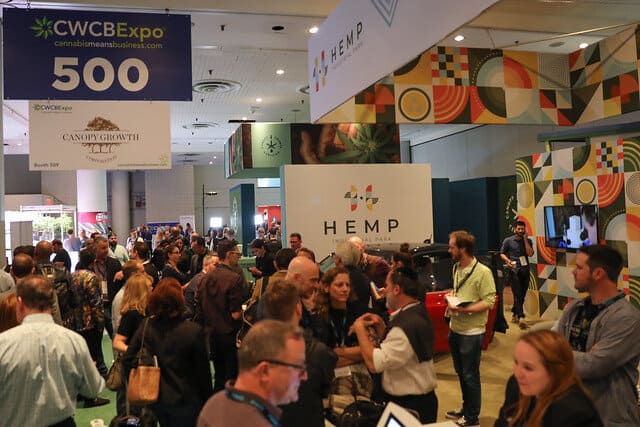