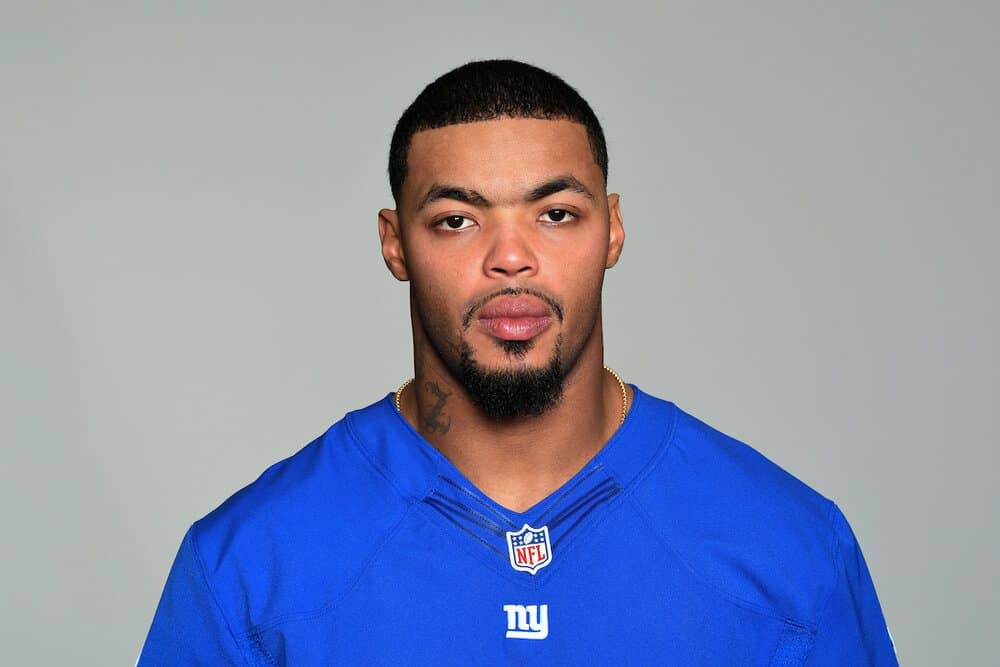 For those who are not familiar with CannaGather, it is a cannabis networking community that provides events for industry leaders and newcomers see what cannabis has to offer.

CannaGather New Jersey hosted their most recent meetup last week in Jersey City. With it came huge numbers of investors, entrepreneurs, and others looking to break into the inevitable cannabis industry that will take shape here in the coming years. For those who are not familiar with CannaGather, it is a cannabis networking community that provides events for industry leaders and newcomers see what cannabis has to offer. Notably, this month’s CannaGather NJ featured Jonathan Casillas, ex-linebacker for the New York Giants, as a keynote speaker. The Jersey City native and others gathered at the Zeppelin Hall Beer Garden for a casual evening filled with charismatic speakers.

A variety of local brands and spokespersons, ranging from attorneys, doctors, investors, accountants, security, and web developers, had sponsored the mixer. They had booths around the front of the bar and were allowed a short platform at the beginning of the keynote session. Different as they were, they all had a similar message: Cannabis is the future and those interested would need established personnel from these fields in order to be apart of the possible Green Rush on the East Coast. They were proud of their New Jersey background, and wanted to help businesses put cannabis on the map there. It seemed like every profession was there to make their breakthrough into the cannabis industry.

One distinguished individual walking around the hall was Leo Bridgewater, another New Jersey native well known in the cannabis industry and advocacy circles. He is a National Director of Veterans Outreach, co-founder of the NJ Cannabis Commission, New Jersey Chapter President of Minorities for Medical Marijuana, and a part of many other cannabis-related endeavors. At CannaGather, he provided advice for newcomers and also facilitated the keynote with Jonathan Casillas. One message that he emphasized everywhere was the speed at which this industry is going to grow.

“I asked this question to a number of people in this room a little earlier today, and I asked: ‘What is today’s date?’ And everyone said January 29, 2019. Wrong! Wrong! It’s April 3, 2022. If you are serious about this industry, if you are serious about what you are doing about this, you actually should be doing paperwork that has executables for at least 2022,” said Bridgewater during the keynote.

The main attraction, Jonathan Casillas, commanded most of the event. It had everything, including football banter, crowd pleasing, and Jersey pride. Casillas’s charisma flooded the hall that night. He expressed his love for all the people from New Jersey representing his state, and how he joined everyone in their appreciation for the passing of the 2018 Farm Bill, which federally legalized industrial hemp. A self-described avid cannabis user, he talked about how he would take smoke breaks during a long day, but never before practice or a game. One major point that Casillas emphasized was the use of painkillers and intense opioids in the sports industry.

“When you go in there with that pain, the mindset of the trainer is not to get you better, it’s to let you play in the game,” explained Casillas.

He went into great detail of the types of drug regime athletes would go through in order to become ready for game day. The stress and fatigue this puts upon their bodies is immense.

Casillas explained how, “We are not built to play football, we are just not built for it, but I love the game.”

That love is evident with the new CBD company that Casillas is establishing, Jade’s Garden, in partnership with industry legend Chloe Villano, founder of Clover Leaf University.

Casillas explained that “…basically, we are [going to] be an all-natural, high concentration, hemp extraction company. We are [going to] have all CBD products,no THC. But, it is a high-end product tailored for the athlete.”

With his own plug out of the way, Casillas went on to talk to all the attendees about his personal mantra he wants them all to share. He repeated, three times: “If you are eating, then share!” And sharing is what everyone did after the keynote, with more networking and socializing going on through the night, marking the end of another successful CannaGather.

For more about CannaGather, visit cannagather.com or follow them on Facebook, Twitter, and Instagram.  Don’t miss CannaGather New York’s next meetup on Tuesday, February 19th, where the keynote speaker will be Emmy-winning journalist John Stossel, host of “Stossel” on Fox Business Network. Tickets are available here.