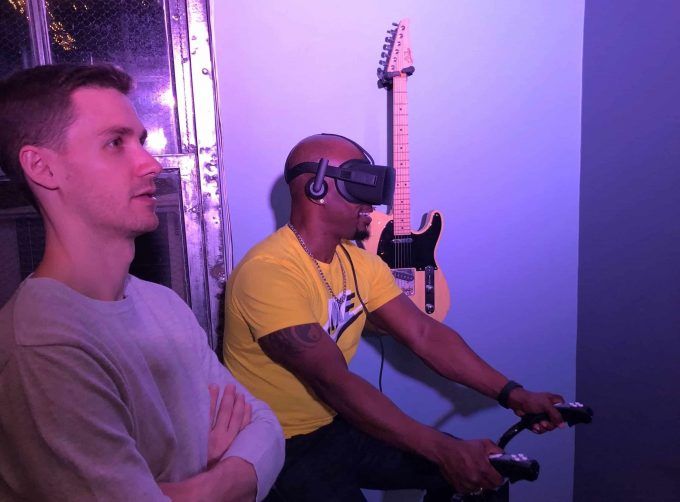 Imagine yourself putting on a movie at home and having the audio experience of watching it at a theater, just with headphones. No expensive surround sound setup needed. This kind of cutting-edge technology was showcased at “All Things Immersive,” a special event presented by Flavorlab and Gramercy Tech at the Tech 360 showcase in fall 2018.

Flavorlab is an award-winning audio production company that uses innovative techniques to create music and sounds for some of the biggest names in entertainment. Co-founders Glenn Schloss and Erik Blicker have been responsible for the music behind such landmark projects as ABC’s The View, ESPN’s Sports Center, HBO’s The Nine Lives of Marion Barry, and MTV’s Catfish. Third co-founder Brian Quill has an equally impressive range of TV and film credits, especially fan favorites including MTV’s My Super Sweet 16; his bio and honors read “like an encyclopedia of multimedia.” The Flavorlab team collectively has years of experience in audio for film, TV and video games, though one of their passion projects was a feature film this year—After Everything. Now they are building a portfolio with music supervision gigs, new projects for television, and spearheading exciting new works in immersive audio and alternative audio techniques. Most recently, their Director of Licensing, Ricky Holman, was among an elite team of acclaimed music professionals for trailer houses, film production and advertising companies that celebrated the 2019 Guild of Music Supervisors Awards.

“With much of supervision happening behind a computer, it’s really special when everyone can come together to honor the work that’s pushing the craft forward,” Holman said of this year’s awards. And with so much magic going on at Flavorlab that seems to hint at powers of time travel, we took a cherished flash back (but stay tuned soon for a flash forward).

Their partnership with Gramercy Tech for “All Things Immersive” has led to other interesting joint projects. Gramercy’s background in video and creating “experiences” using new technology is complimented by Flavorlab’s almost twenty-five years background in audio. Together, both companies are trying to explore and try things that could not have been done alone.

Attendees of the event got the chance to try out all kinds of tech, from virtual reality (VR) games to the Neumann Binaural Head—a dummy head microphone which creates an immersive audio for listeners. Though the technology is not new, it has not been adopted by many companies for the public. The highlight of the evening was a live performance by rappers Eno Noziroh and ChaunSAY Mackin’, who debuted the 360 technology with their song “It’s Real,” backed by Glenn Schloss on the drums. (Watch “It’s Real” as performed in Flavorlab’s 360 Studio in the video below.)

Honeysuckle’s Jaime Lubin interviewed Dennis Dembeck, then chief studio director and sound engineer at Flavorlab, about the Binaural Head and the future of audio in the ever-expanding tech landscape.

HONEYSUCKLE: How long has this technology been with Flavorlab?

DENNIS DEMBECK: Some of the stuff we are doing for audio are actually old techniques now emerging because of the VR applications that have been coming out. The visuals started giving these spatial audio techniques a platform to shine. Here, we have the Binaural Head, which records audio as we hear it. This is different from a normal recording, where you have sound going directly to a microphone and it’s playing over headphones. The Head is using two channels that are in the position of our ears and is capturing time and intensity differences of the audio. If someone was talking to me on the right, their voice would hit my right ear before my left ear. Getting those differences between the ears, played back on headphones, gives us the audio image of, “Oh someone is talking to me on the right side.” They can essentially walk around us in a room and we can hear their location.

When people use the Head, are they recording directly into it?

The microphones are in the ears. You can even do the same thing if you put microphones in our ears. Instead of buying the dummy heads, you can buy microphone capsules and capture audio as you are hearing it.

That is being used mainly in music and immersive audio podcasts, where people are creating audio dramas and are hearing actors and stories told around them. Because we record that way, it’s fixed in that location. So, if I did a performance in front of the head, it’s fixed in that position. We have another microphone that is an ambisonic microphone and that’s a more flexible surround format: it captures, with four channels, a sphere of audio. Once it’s in a computer, you can essentially look around and focus in on the location. So, if you had a band of three people, you can have them record in the sphere. Depending on where you are looking and where they were, your perspective will change. You will hear one guy behind you and you can turn around and he will be in front of you.

How is this different from older technologies like stereo?

When you take a stereo recording, depending on the position of those mics, it captures audio and it’s played back on our headphones. But with this, it’s being recorded through the ears, which are locating reflections of whatever is happening in the room and hearing it as we would hear it with our own ears.

How is VR adding to the entire recording process?

A lot of the content is being made, most of it interactive. You can look at whatever you want to. It is not like a movie, where you sit back and go for the ride. You are able to focus in on certain things. Depending on what you focus on, you can also shape your audio experience that way. If you are staring at something in front of you and turn away from it, it isn’t like you turned away from it.

We are seeing a lot of demos now, but what are some of the practical application we can expect to come out of all of this technology?

There are a lot of things. Podcasts [and] video games are going to be huge. Movies are going be another crazy one because you are going be able to take a surround sound theater mix and come home and listen to that with your headphones. Pretty much anything that is entertainment is going to improve. The one major new thing is VR. That is something that is a fairly new medium of entertainment. Facebook and Oculus are making huge pushes because people look at that stuff right now as novel. They really want to integrate VR into our lives, just like how they did with smartphones. There is also augmented reality (AR), which is what Google Glasses were, and I don’t think that’s going to disappear. I think they’re going to keep making that better. We will be able to go to the grocery store and see all the nutritional facts as we are looking at a piece of fruit.

Yes, in fact, I met one of the artists who worked on our last cover at an AR art show. She was a member of this app, Artivive. You upload your art to that app and they do AR on it. If you get other people to download the app and they’re looking at the art in real life, then you can hold up your smartphone and then see animation on top of it.

That’s the thing, a lot of artists are playing with this technology because it hasn’t really exploded on a commercial platform. How can we push the limit of what is already there? I think that, eventually once it becomes more stable, it’ll commercialize.

When I think of 360 videos, I think about Disney World, where they have the Cinemascope Theaters, where the screen goes around 360 degrees, and you have to keep turning yourself around to make sure you are not missing anything.

Yeah, a lot of art installments and installations are using this. We worked on a couple of those with some companies that did conferences where everyone had headphones, and it’s essentially what we have set up in there. Everyone puts on their headphones and listens to this piece that was recorded with 3D audio.

As the lead technician on the projects being demo-ed, what are you most excited about?

I think there are going to be a lot of films popping up in virtual reality. Also, like I said, coming home and watching a film in surround sound without actually having to put up all the speakers. Put on a pair of headphones and you get that effect that things are crawling behind you on or in front of you. Yeah, that’s what I am looking forward to.

The most exciting thing here is the Magic Leap. I haven’t even tried it yet. That hasn’t been released yet and I can’t really tell you much about it before I try it myself.

[At Flavorlab] we are just trying to experiment with this as much as possible… We’re the technicians and we want to connect with storytellers who want to tell a story. We’ll help them do that. 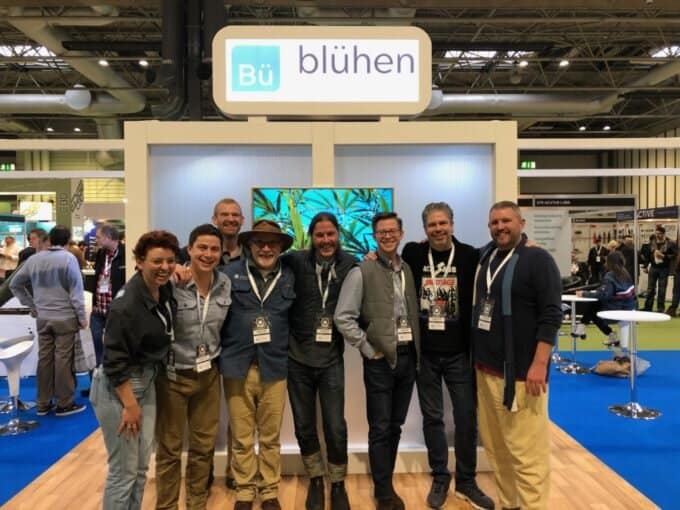 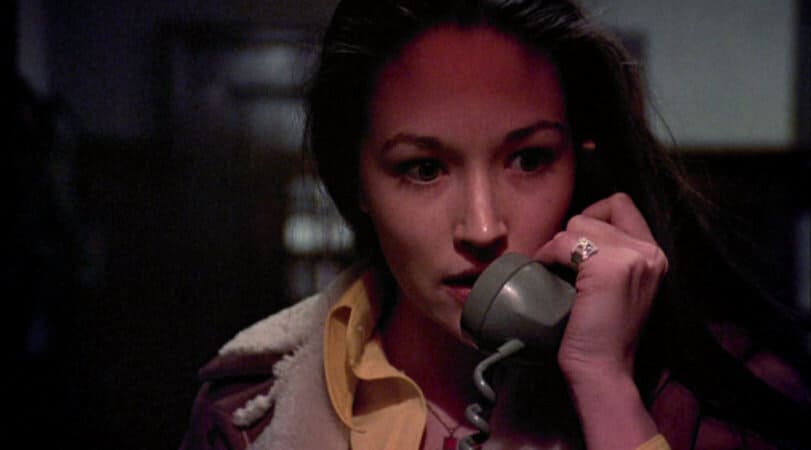