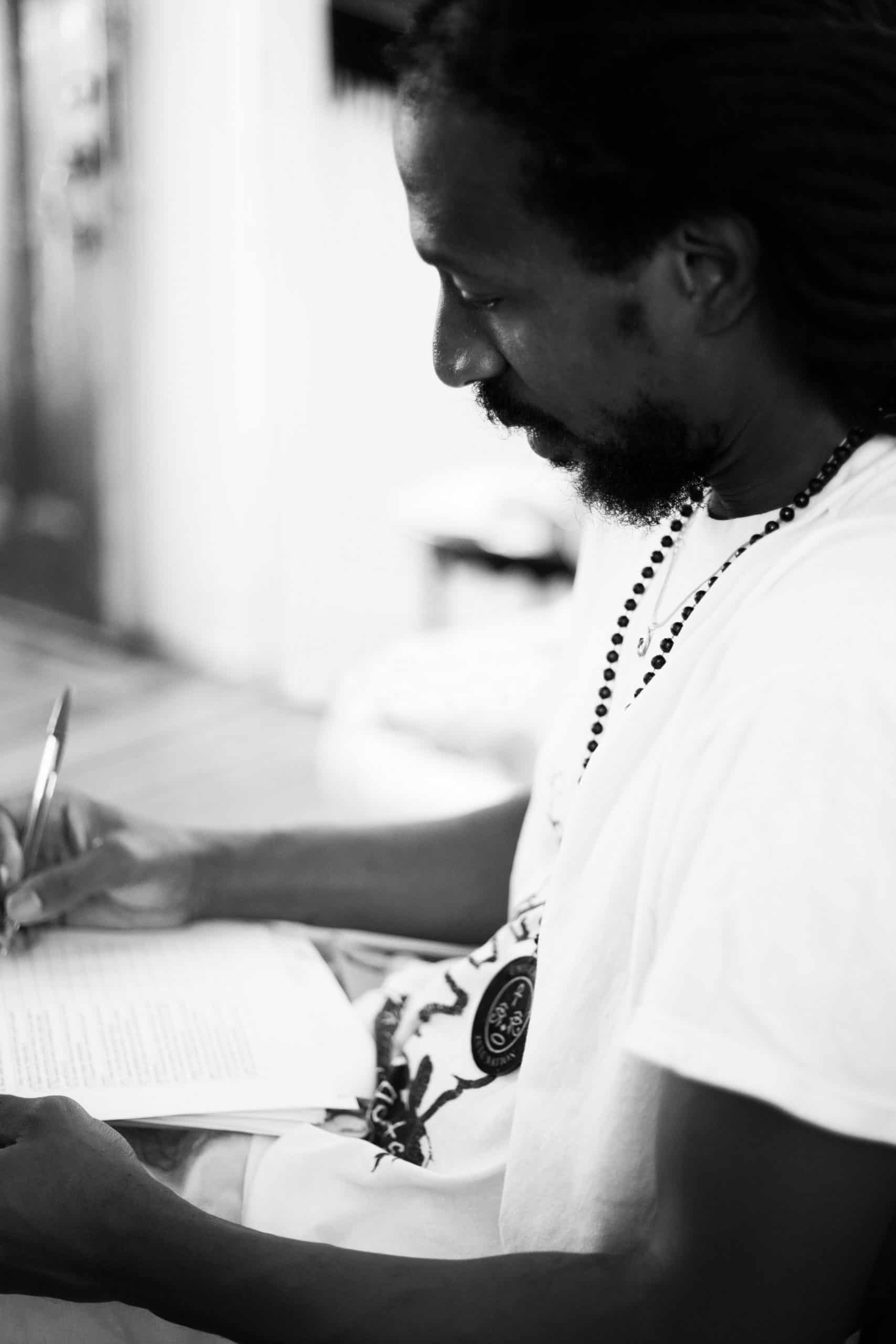 Father of Mysteries: Spiritchild and the New Revolution

He acknowledges our country’s severe problems of social inequity, but inspires his children with unbridled optimism that they can create their own realities.

Anyone called Spiritchild has got to be on the path to enlightenment. That was my immediate thought upon my first introduction to the revolutionary artist and co-founder of A New Black Arts Movement, as I watched him sing, educate, and open the hearts of an emotional Brooklyn crowd in Autumn 2018. We were at the debut benefit for the Black August Coalition, a bail fund for people of color serving time on Rikers Island, established by Spiritchild and his colleagues as a memorial for Rashaun Pope, a young man he’d mentored who had recently been murdered by the police.

To be one with Spirit means understanding how two seemingly opposite ideas connect, and in this understanding, Spiritchild is aptly named. He advocates for Black Liberation, following in the footsteps of Malcolm X and Amiri Baraka, but defines revolution in terms of universal love. He acknowledges our country’s severe problems of social inequity, but inspires his children with unbridled optimism that they can create their own realities. He is ordained in one of the world’s most mysterious spiritual systems, but defies conventions to break the stigma. Speaking to him, I discovered the most unimaginable epiphanies.

Born in Staten Island and raised in the South Bronx, Spiritchild grew up practicing Santería, an Afro-Caribbean religion that evolved from Yoruba traditions in Nigeria. In popular culture, Santería is commonly misinterpreted as voodoo, if discussed at all. (Think of Gloria Mendoza in Orange Is the New Black, whose references to the practice always foreshadow some disaster for other characters.) For Spiritchild, participation in Santería was a natural calling, a way to commune with people and heal their ills. At the tender age of 12, he became initiated as a priest.

“It’s been a blessing to be part of that spiritual community,” he says, but adds that getting indoctrinated as an adolescent is not typical. Heeding the call of the supernatural took the effort of his entire family. Santería traditions dictate that children cannot be ordained as priests before their parents, so his mother went through the training herself. This included the provision that novitiates wear all white for a year and seven days, a stipulation that particularly irked the young Spiritchild.

“Nobody really prepared me for that,” he remembers. “It’s really hard not to stand out when you’re a baby and you’re just coming up for initiation… I was terrified and I didn’t want to have too much attention. During your year and seven days, it’s a test, because you’re really going through a rebirth. You have a light around you… [People’s] eyes are on you and they know what you’re doing but not really knowing what it means; there’s all these perceptions of who you are that you either have to answer to or be ignored for. It’s really difficult. But knowing what I know now, I would do it five times over.”

At its core, Santería shares similar principles to other major religions; based in holistic and homeopathic teachings, its legends and elemental theology align easily with familiar Greek myths. Still, the religion has had a shadowy history in the United States, especially after a notorious Supreme Court ruling in 1993 declared its practice unconstitutional, due to the animal sacrifices being involved in certain rituals. As Spiritchild explains, these sacrifices are rare and occur only in extreme spiritual cleansings – and in those cases, every part of the animal is used, both during the ceremony and after in communal meals. (Most of the time, candy and fruit are used as ceremonial offerings instead.) A 2009 appeals case overturned the unconstitutional ruling, but many communities active in Santería keep their practice private, fearful of potential ramifications from authorities who simply don’t understand what they’re doing.

“The discrimination factor is heavy,” Spiritchild admits. His own mother lost her job while undergoing training for the priesthood. However, he observes that “it was probably the best thing for her, to learn that she should be [working] at a place that would accept her… I wish we all had something so significant, that are rites of passage at any age. I learned who my friends were, who loved me, at 12, but I also learned how [harsh] society is, and that shit woke me up quick.”

Eventually, Spiritchild’s experience with the priesthood would form a bridge between his passion for street activism and his ability to tap into a higher power. Combining revolutionary ideals and Yoruba teachings, he and the late musician-turned-social activist Fred Ho developed A New Black Arts Movement. They began holding workshops, instructing young people of color to “Know Your Roots, Know Your Rights” so that they could protect themselves against injustice and police brutality. Today he travels internationally, spreading the gospel of self-determination as the path to change, utilizing art and music to mobilize and galvanize communities of color in direct actions. Through Urban Art Beat, an offshoot initiative of A New Black Arts Movement, Spiritchild engages at-risk youth in cultural programming. One of his most successful projects is the Musical Connections initiative at Carnegie Hall, granting artistic access to young men at Sing Sing Correctional Facility.

“Revolution is a rebirth of culture,” Spiritchild notes. “I try to be innovative, imaginative, and not so depressing – because revolution can be depressing… I’m blessed to at least know some things that are very wrong with our society. There’s a lot of people that don’t even know what’s wrong, and you can’t expect to fix anything if you don’t see that there’s a problem.”

From culture to true political change, Spiritchild is planting those holistic seeds of thought everywhere. In October 2018, he hosted his twenty-third annual rally against the criminalization of black and brown youth, organizing with local mothers who have lost their children to prison and police brutality. Spreading this awareness is only the beginning, but it hearkens back to ancient Yoruba matriarchy.

“That is probably one of the most important missions of my life, working with mothers and young people,” Spiritchild comments. “[My mother] assisted me in my path as a revolutionary with her spiritual energy and politics… And that’s why one of our tenets in [A New Black Arts Movement] is revolutionary matriarchy.”

According to Spiritchild, part of the new revolution is for all parents to embody different gender roles at different times. He and his wife raise their two young children as gender-neutral, allowing the kids to create their own identities as they grow older. In workshops, he emphasizes that men should learn “how to mother” from an early age and spend as much time taking care of their children as possible.

When I ask Spiritchild what he hopes for his children, the answer is simple: “That they keep the stories alive, respect their ancestors and be as holistic as possible. Be not just revolutionaries, but a change in everything they do; that means intellectually, spiritually, creatively.” He smiles widely as he mentions that while performing rituals at his home altar, the kids will follow him around and try to catch the smoke from the burning sage. They are crafting their own traditions from Santería before they are even old enough to decipher its mysteries, forging a new path to a holistic future and perhaps someday to a post-race society. (Hey, anything is possible when you’re connected to Spirit.)

I would urge everyone seeking greater enlightenment to get involved in Spiritchild’s movement. After all, where there’s sage-scented smoke, there’s bound to be revolutionary fire.

To learn more about Spiritchild and A New Black Arts Movement, as well as training in revolutionary thinking, visit xspiritmental.com or follow on Facebook and Instagram.

**A version of this article was published in Honeysuckle’s BLACK issue. Read the issue on our apps for iTunes, Google Play, and Zinio.

Jaime Lubin is an Editor Emerita for Honeysuckle Magazine and Executive Editor for Honey Pot. Her profiles on art and culture have appeared regularly in The Huffington Post and Observer, as well as Billboard and Irish America magazines among other publications. Also an actress, producer, and singer, Jaime is working on a solo show about Tarot. Follow her on Twitter and Instagram  (both @jaimelubin). 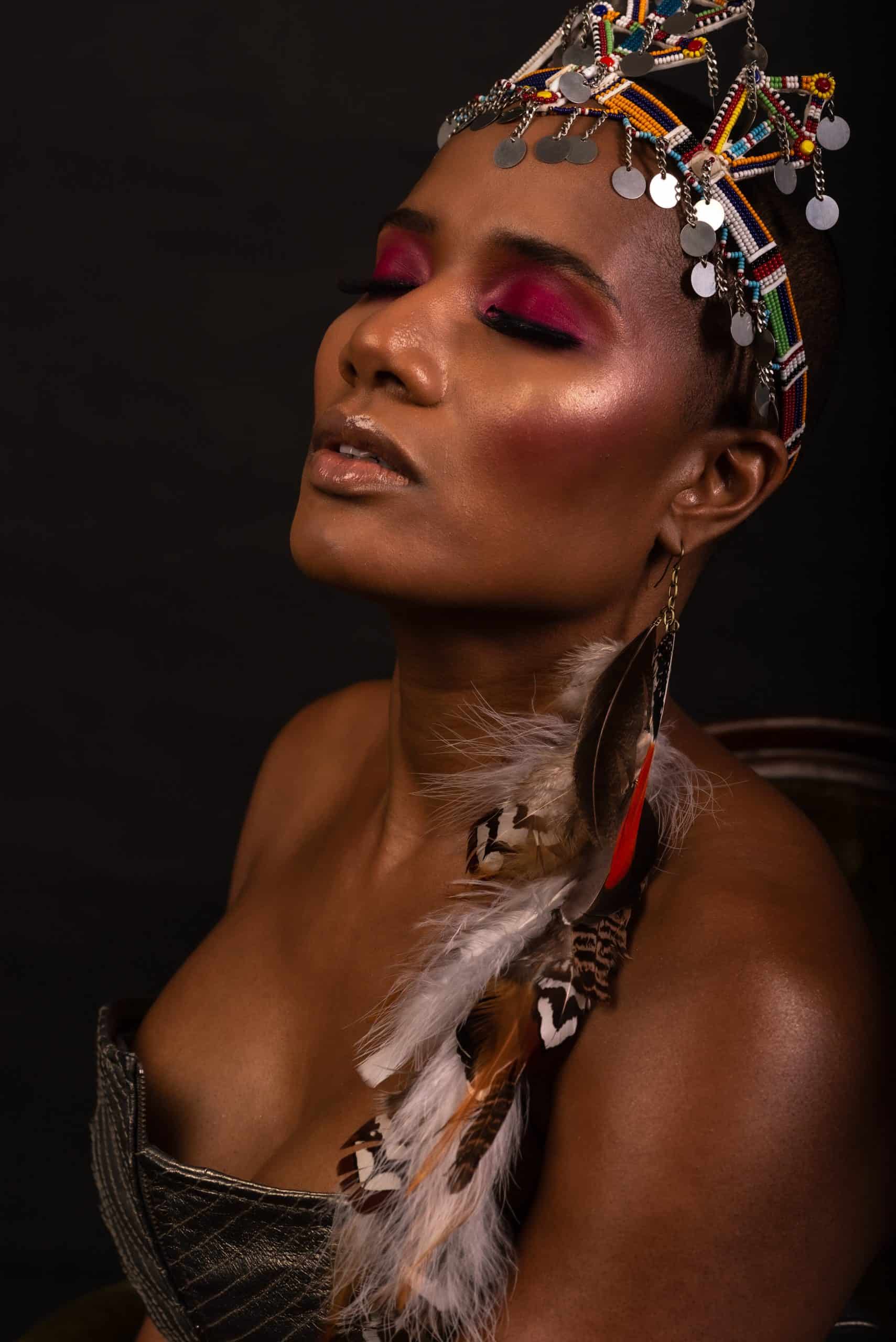 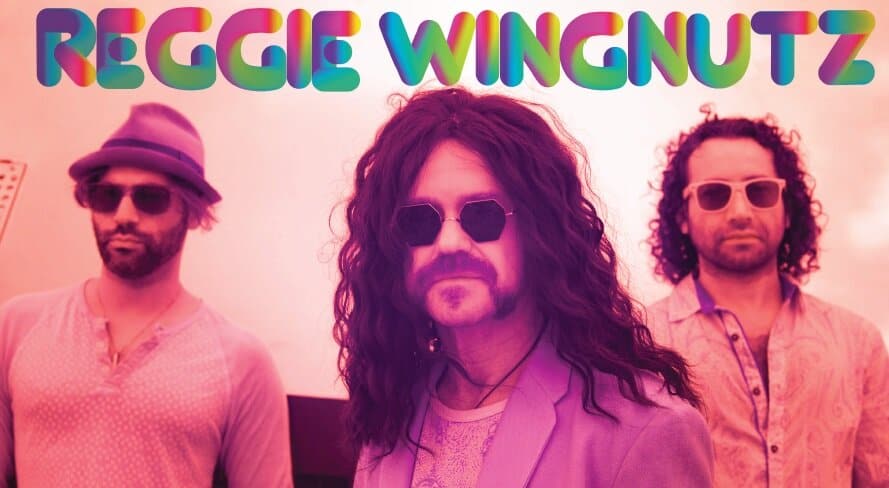