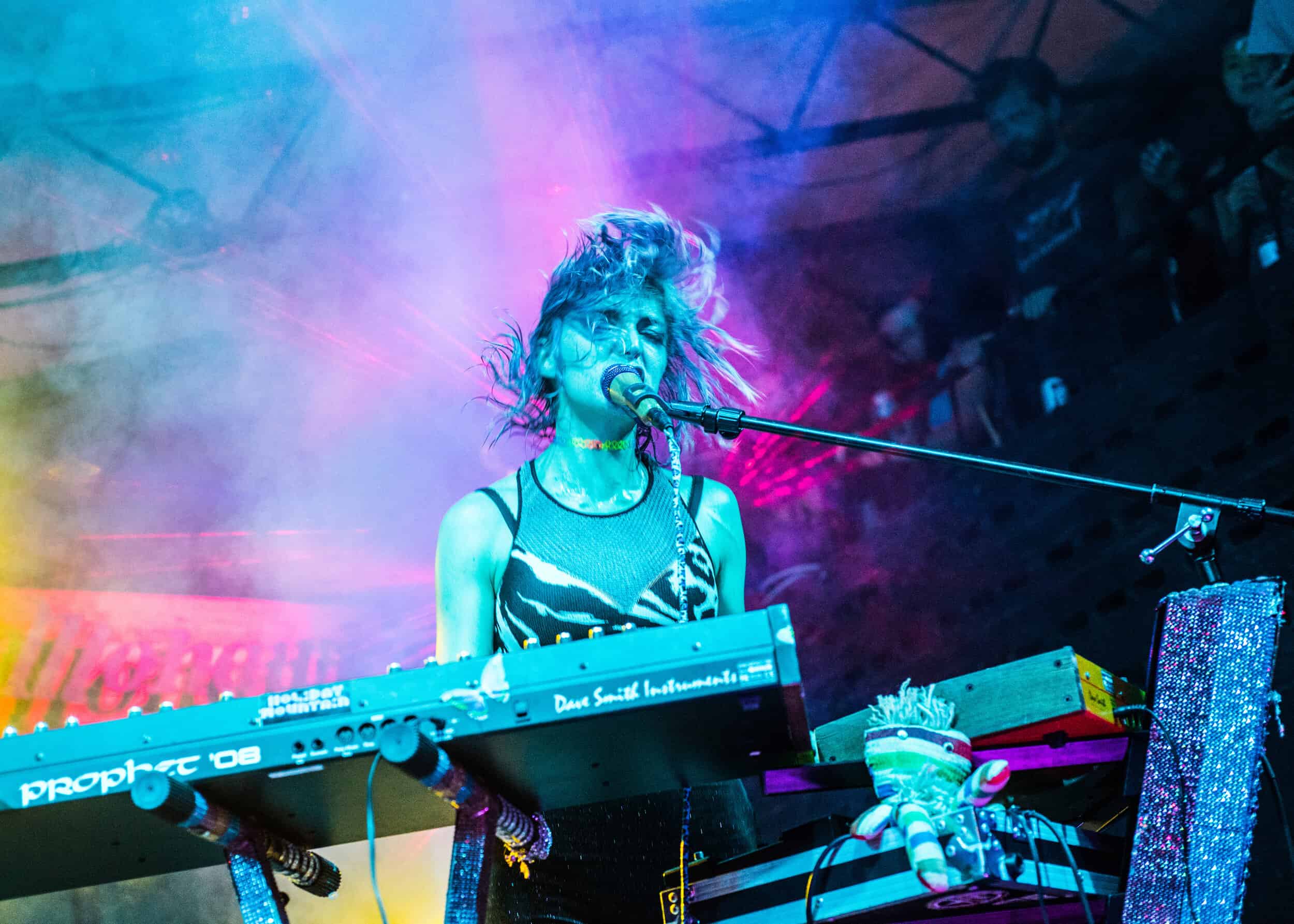 Everyone notices Holiday Mountain front woman and keyboardist, Laura Patiño when she enters. And it’s not because her short purple hair is just long enough that when she whips her head around it flies about like a rock star itself. Your eyes will take note of Patiño because she embodies that moment where a girl realizes she’s a woman.

We Talk With Laura

Honeysuckle: I saw you at the Mohawk in Austin. You smashed an alien- shaped piñata into the crowd and threw the lime green leg up to my friend.

HS: Then I went to get a drink and came back to a mess of hair and a razor on the stage. You shaved a girl’s head. I was sold. What fuels you, aggression or excitement?

LP: I think it’s both. Usually smashing has repercussions. But that’s why piñatas exist. I’ve been watching a ton of ‘The Eric Andre Show’ on Adult Swim. He punched through a car window while filming season four. He inspired me. Sometimes I go to the bathroom and fake smash stuff.

HS: Someone’s got to.

LP: My whole thing is letting go of my fears about being nice or polite and getting in touch with that raw power. I feel as a woman you’re not encouraged to be powerful. To get to the next step, I’m trying to shed those layers that would hold me back.

HS: You’ve become the person you talk about on stage. In-person your demeanor is so sweet and humble. On stage, you command the crowd.

LP: I also dress in that ideal version of myself. It’s my fucking night to be a glam bitch. I’ve even been making some of my own clothes.

HS: What’s been your biggest struggle?

LP: That people would tell us that we don’t fit into a genre. Which at first I thought was really cool. As far as industry stuff goes you need to fit into something that industry people can associate you with.

HS: How do you define Holiday Mountain?

LP: Electronic music. It just feels really good. It’s becoming a collective experience now where people just love the way electronic music sounds. After the tour we want to come back and go even harder.

HS: You just finished your first 60-day US tour. What was the hardest part of the road?

LP: We met a ton of sweet, wonderful people but there were some tough moments to get through. There were some weird vibes. Like, playing a dive bar on a Sunday night in Florida. The people there hadn’t heard of us. I got heckled. That was a fun one to deal with. I got to just rip that dude apart. One of our last lines in this particular song is: I think that I like it. And he yelled, “I don’t like it!” At first it made me sad. Then I was like, “I don’t care of you don’t like it. I’m fucking here to open your mind!” The girls in the crowd were so into it. The dude hid behind a pillar the rest of the night.

LP: I had a stripper on tour ask if I would go home with her.

LP: I know! I’m just filled with regret, honestly. (Laughs) Touring is great because you can finally appreciate all the hard work you’ve done. And connect with the crowd. That’s why I do it. I love getting off stage and then meeting people.

HS: Tell us about the new album.

LP: I’m half Mexican and excited to start embracing that more. There’s a song on the new album, Come te amos? It’s reggaetoni.

HS: I feel so cool right now that you just taught me that word.

LP: Yeah, man. Do you know Mexican Institute of Sound?

LP: (Laughs) Well, the guy from Mexican Institute of Sound is going to be doing a verse on that song which I’m pumped about. We’re working with this really great producer and recording at Austin Signal. Our producer said, ‘Let’s make some music we want to turn up to.’

LP: The West Coast was a great vibe. I’m not really a big Starbucks person, but in Seattle I respected them because they were like, “No one is going to fuck with our coffee.” It made me understand how Starbucks goes harder than anyone else.

HS: Whenever I think of Starbucks, I think, Britney Spears-inspired. When she’d come out of a gas station with a 1,000-calorie caramel Frappuccino with whip cream. She did turn me on to Cheetos.

LP: I don’t mess with Cheetos.

HS: (Laughs) That’s the only thing we don’t have in common.

LP: I actually have a really shitty gluten allergy.

HS: You have no idea what you’re missing out on.

LP: You’re right; I should fuck with a Cheeto.

HS: What can we expect from the next Holiday Mountain tour?.

HP: It will be more immersive and allow me to be less on the keyboard and do more head shaving and smashing piñatas. It’s s liberating just thinking about it.Written by: Lianne Stokes See Holiday Mountain at Utopia Fest and lookout for their second album, due out this Fall. Check out their website here: http://holidaymountainmusic.com/ 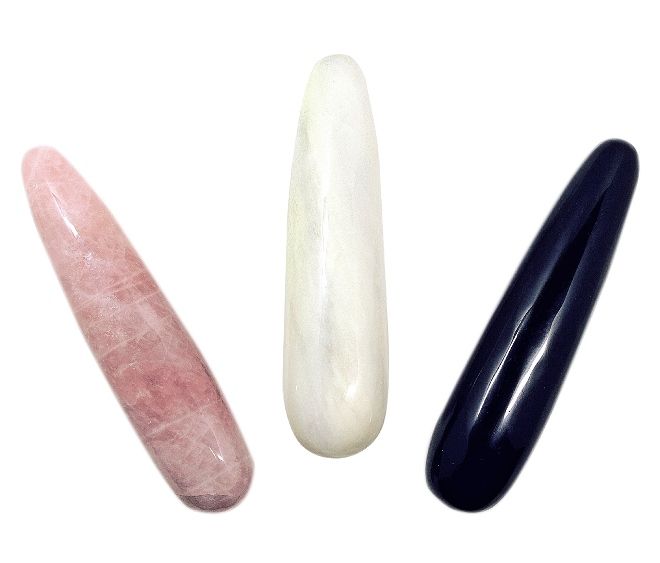 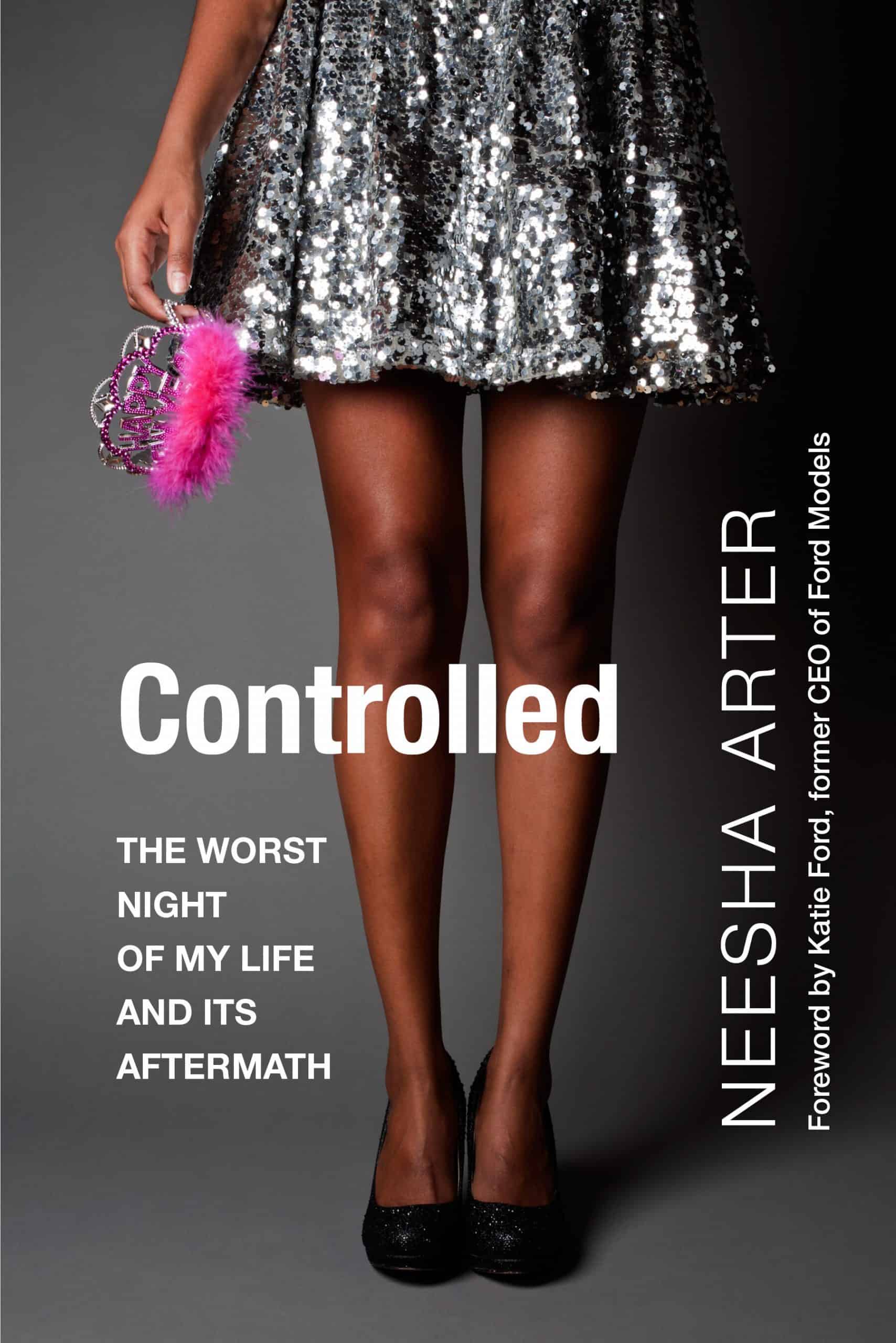