Bell explains her portrayal of the young Dickinson, her directorial debut Scratch, her passion for women’s empowerment.

From The Walking Dead to Dallas, Emma Bell has lit up our TV screens playing strong, self assured women who defy extraordinary circumstances. But one of her greatest recent challenges was embodying an American icon, poet Emily Dickinson, in Terence Davies’s film A Quiet Passion. In this special extended edition of her conversation with Jaime Lubin, Bell explains her portrayal of the young Dickinson, her directorial debut Scratch, her passion for women’s empowerment, and so much more.

“Good art comes out of pain or repression or times when it’s not all beautiful and abundant.” Emma Bell’s words perfectly encapsulate the themes of her recent film A Quiet Passion, where she plays a young Emily Dickinson in the restrictive pre-Civil War era. However, at this moment Bell is speaking not about the thought-provoking biopic, directed by British auteur Terence Davies and starring Cynthia Nixon as the older genius poet at her most frustrated, but about her love for Tarot. “Sometimes you might get a card that seems devastating, like The Tower or Eight of Cups, and you’re just like, ‘Oh no, it’s going to be a lot of change or a lot of pain.” But that’s only one layer of it. Change and evolution come [from pain and repression] too.”

Bell herself is a woman with endless layers. Best known for playing the doomed Amy on The Walking Dead and her work in horror movies like Frozen (a skiing thriller, not the Disney musical) and Final Destination 5, she’s also a devoted environmentalist and women’s rights advocate, as well as a singer and budding director. Our conversation runs the gamut from spirituality to art to politics and back again. I can’t get enough of her articulate exuberance and feistiness.

Neither, it seems, could Terence Davies. Just before Bell auditioned for A Quiet Passion, the two had been standing in the same line for the restrooms at the Standard Hotel in Los Angeles. When Davies pushed in front of Emma, she retorted, “Sir, in this country we wait for ladies to use the restroom” – not realizing that this was the man who would be hiring her a few minutes later.

“I gave him a little piece of my mind,” Bell recalls, “but in a very tongue-in-cheek way. And then I think he thought that was utterly charming, which was wonderful because I was very embarrassed when I realized what I’d done.”

Obviously Davies saw her inner Dickinson. She got the part, and gives a tender, appealing performance as the sensitive young girl who transforms into Cynthia Nixon’s tormented recluse. (The film’s most stunning sequence actually shows Dickinson, posing for a daguerreotype, morphing from her teenage to mature adult self. Its punch must be seen to be believed.) Throughout her scenes, Bell endows her Emily with an ultra-modern confidence and an innocence that hints at the behaviors which will eventually drive her to isolation – doing so with such fine subtlety that she’s unconsciously mesmerizing.

In many ways, the film reflects the female experience in America – brilliant, unconventional women stifled and forced by those who don’t understand them into silently traumatic lives. It’s not far afield from other stories Bell has helped tell. One can almost view it as a horror movie of the heart.

I point out that Emma has the tough job of making the audience care about her Dickinson before we can even begin to think of Cynthia’s, as we’re with her from the movie’s first frame.

“That was really fun to play for me,” Bell says. “I get to play her being a little snarky and a bit of a rebel. [Cynthia as] the reclusive Emily gets really heavy. She’s very studious, intellectual and very smart, and put a lot of work into her Emily, which I think is apparent in her performance. But Terence was really the captain of our ship. No matter how much work [Cynthia] or I did together or separately, this was his vision. And he is the ultimate Emily nerd. He would say to me on set, ‘I feel like I’m the gay male Emily.’ He’s kind of a recluse himself. He lives in a beautiful country town in England and unless he’s working on a movie he doesn’t even have email or a phone. So if I ever had a question or trouble understanding a certain scene, I would just look at him and he would give me everything.”

A Quiet Passion might have been Davies’s vision, but both Bell and Nixon create masterful portrayals of a Dickinson struggling against perpetual oppression. “I really latched onto this idea of her being just a more modern woman for her time,” Emma explains. “I think she was far too smart as an intellectual to be what society wanted for a woman back then. She had this sister Lavinia who was the picture-perfect woman of the day – beautiful, kind, she knew how to sew well, she took up all the habits that women were supposed to have. And in Emily’s mind, her sister was the perfect one.

She refers to herself as ‘a kangaroo amongst beauties’ in her family. I also love the idea of her feeling outcast in her society being mirrored in the dynamics in her own family. So when I read her poems about marriage and commitment, and how she does a lot of comparison to chains and prison and how for a woman marriage is like a death, that was what really rang true for me in why she never ventured outside of her house. She didn’t care about the things that women of her time were supposed to ‘care about’; she cared about much bigger things.”

Interestingly, both repression and empowerment have shaped Bell’s family history. Her maternal grandmother, the wife of a diplomat, divorced her husband in her early fifties, becoming an actress and a teacher because she always wanted to work in the arts. Bell’s mother, former 60 Minutes producer Tessa Bell, chose to leave her high-profile career in the late 1980s to take care of her children. Emma actually credits her mom with getting her started in entertainment; the duo performed a mother-daughter cabaret act at New York supper club Don’t Tell Mama’s when Bell was just twelve years old.

As Emma remembers, “My mom has worn many hats throughout my whole life and is the person who introduced me to the arts. She had a hard decision to make when she got pregnant with me. Taking time off to have a baby wasn’t heard of [then]; you basically weren’t able to come back. She started her own film production company, but was very ill throughout most of my childhood. One of the reasons why she got through that is because she started singing and doing cabaret and paying attention to the things she really wanted for herself.”

Domestic repression is clearly a theme that inspires Bell’s work. Last year she completed Scratch, her first short as a director, which follows a 1950s housewife left alone by her philandering husband only to discover her hallucinations about noises in the house may be real. Shades of Charlotte Perkins Gilman’s feminist classic The Yellow Wallpaper surface in Scratch, which has already been selected for international film festivals including Screamfest and A Night of Horror. Emma is evidently a natural in the director’s chair.

“It’s a path I’m pursuing as I go further in my career,” she notes. “Being a director was wonderful because as an actor everything’s so out of your control, even your performance. But when you’re the director it’s your say. You do get to pick what the actor’s final performance gets to be, because you’re working alongside the editor. You get to pick the music that’s accompanying the emotion. But what I’ve found really true is that every single department of a movie – every single person on set – is the most important part of that movie. Makeup and wardrobe and gaffing and Crafty and producing – they’re equal. Sometimes it’s hard to understand that standing in your own little row of trees [as an actor]. When you’re a director, you’re standing over the whole forest and it’s like, ‘I get it! This is so symbiotic. Everything needs to work together.’ My ultimate goal is to have everyone on my set feel nurtured and nourished and heard. Every single person I worked with on Scratch said they felt heard and respected by me. That’s really important, because there are times as an actor when I don’t feel that way.”

It’s especially telling that works like A Quiet Passion and Scratch are gaining traction with audiences, pointing to the growing terror that surrounds women’s rights in the current political climate. Bell believes that futuristic shows such as The Handmaid’s Tale also reflect the need to take action.

“It just shows you we have so much farther to go,” she states. “We still have a lot of inequality. In the proposed healthcare bill, apparently just being a woman is a pre-existing condition. I’m an advocate of Planned Parenthood and it’s very upsetting to me that we have people in power who are trying to roll that back. I used Planned Parenthood in high school and it was incredibly helpful to me. It was something I really relied on, because I was a student with no income, so they didn’t charge me. The fact that there are organizations like Planned Parenthood that can actually help young impoverished women day-to-day – To take that away is really an attack on women. But it is a call to action for everybody. And I think it’s really lovely that our art is reflecting that, which is the silver lining of the recent political situation. There’s nothing to do but fight and bring these stories back. Art is one of our only outlets to show inequality.”

Though her environmentalist causes haven’t yet made it into her films, Emma prides herself on being outspoken about conservation. She supports the Sierra Club, Greenpeace, Earthjustice, the Union of Concerned Scientists, the National Parks Conservation Association, and the American Civil Liberties Union (in addition to the aforementioned Planned Parenthood).

“All these beautiful places that really make America great are constantly under siege from corporate entities that want to take them over,” Bell asserts. “It’s very clear how it would be detrimental in so many ways. I’m not a big fan of hydraulic fracturing – I believe that any pipe we put down is billions of dollars in infrastructure. Yes, it burns clean, but it’s another dirty fuel to get from the ground. There’s lots of beautiful sources of energy – more sustainable sources – out there. I’m also a big fan of growing your own food and GMO labeling. If you’re in a place where you can, even growing your own herbs is incredibly helpful.”

When Bell gets wrapped up in her enthusiasm, the Dickinson connection grows even more pronounced. Like the poet, Emma speaks her mind, and exquisitely at that. She strives to express herself honestly without interference. She fights for her rights and is happiest when she’s close to nature.

As Bell prepares for a busy year, which includes filming seasons two and three of the Go90 series Relationship Status, a slew of directing projects, and a mysterious assignment which she hints will be “very empowering to women,” viewers at large should ready themselves for excitement. I for one can’t wait to see where this lady’s (not-so-quiet) passion will take her next.

Emma Bell with Terence Davies behind the scenes of A QUIET PASSION. Photo courtesy of Music Box Films. 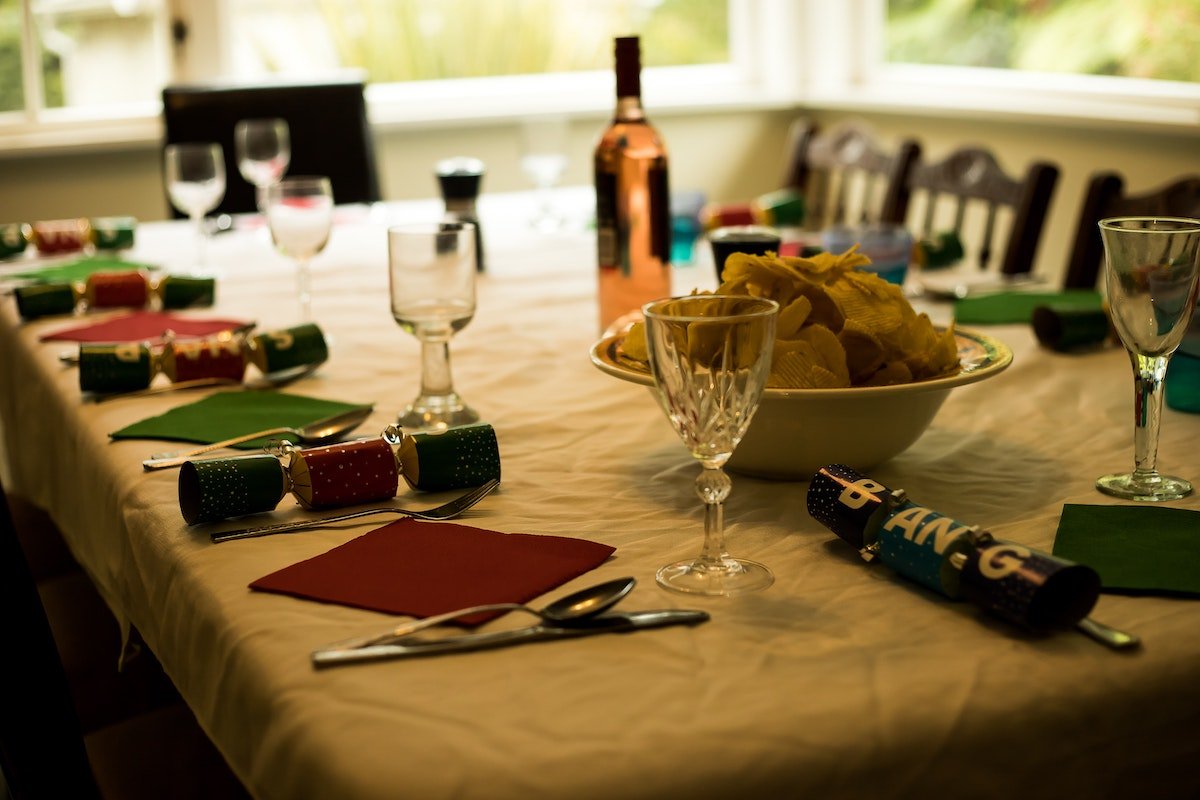 Hers: A Spirit Perspective 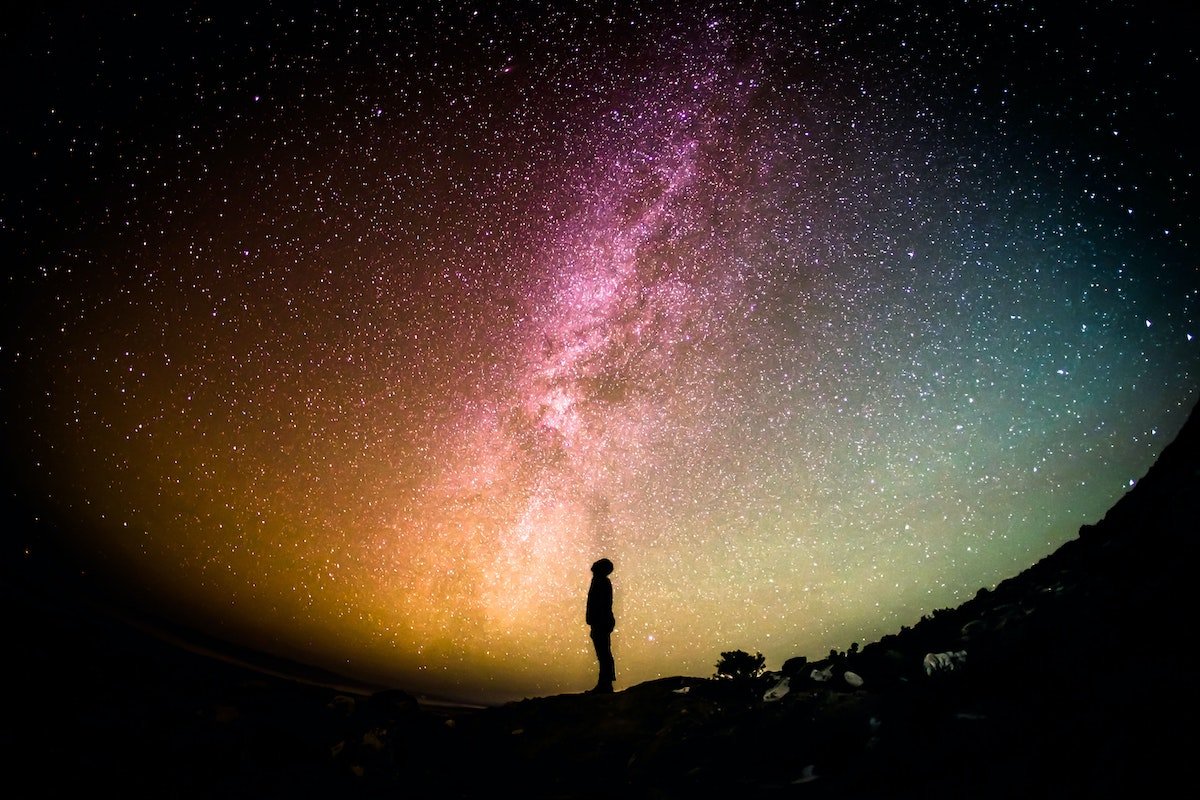