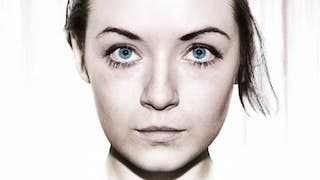 If you love a psychological thriller with a twist of horror, see Sarah Bolger movie Emelie.

In Emelie Sarah Bolger is the star of this deranged babysitter cast. If you love a psychological thriller with a twist of horror, see Sarah Bolger movie Emelie. The sweet-faced, blue-eyed actress, gives a remarkable and plausible performance as a woman who has cracked up. Sometimes men and women in horror movies can be too campy. In those cases, instead of frightening you, it ends up making you laugh at the ridiculousness. I hate those kind of so-called scary horror thriller movies. But, Bolger’s portrayal of Emelie does not fall into the overacting category. She nails it.

Other Sarah Bolger movies include The Lazarus Effect, Into the Badlands, and Once Upon a Time. In Emelie Sarah Bolger brilliantly creates two conflicting personas. They will seduce you, and repulse you. Anna is the pseudonym Emelie uses when going to work for parents Joyce (Susan Pourfar) and Dan (Chris Beetum). However, as the psycho babysitter Anna is posing as a friendly, sweet, capable hire, she’s is convincingly hiding how deeply disturbed she is.

Shortly after Dan picks up Anna, her scorching sexual energy fills the car. Anna controls every molecule of air with calculated sensuality. The foreshadowing screams danger. Bolger’s character fascinates. Like the obsessive urge to stare at a car crash, the audience can’t help but cringe with anticipation. What horrid thing will she get away with next? The deranged babysitter is a perfect balance of complexity, making her a successful antagonist. These underlying nuances are intentionally orchestrated by director Michael Thelin. Honeysuckle’s writer Dorri Olds lands an exclusive interview with director Thelin on the night of the New York City premiere in theaters.

Writer Dorri Olds: Can you list the 70s and 80s films that inspired you?

Director Michael Thelin: I can list the filmmakers — Polanski, Haneke, Fincher, John Hues, Kubrick. The 70s had an indie flair that everyone gravitates towards but I wanted to make films that aren’t run and gun style.

Yeah, just grab a camera and go and make the film. For my taste, there needs to be a level of discipline. The DP and I knew all the stuff we wanted to do. We talked so much and made rules ahead of time because we knew we weren’t going to have time on set to sit and talk about it. We had to go in and be ready to shoot.

How stressful was it making your first feature film on such a tight schedule and budget?

You don’t realize the stress until after it’s gone. I’ve been doing this for a while so I’m used to dealing with lots of stress. It’s like a marathon where you have to train, only the training is mentally for a film. I didn’t want to psych myself out. You’ll never run your first marathon if you think, “I’m going to die in the middle of this,” so I stayed disciplined and did my research.

For one, dealing with child actors. I’ve dealt with kids in the past, but only for one or two days—not for two weeks straight—and not at this level. Other research was looking at paintings with the DP, images we’d find, on television, in art. We looked for inspiration from a production design standpoint. At the same time, the DP and I watched films together and discussed them at length—what we liked and didn’t like and where we wanted to take this film.It felt like going through film school in a matter of weeks. We don’t always do this, but it’s a compressed state at that point because we didn’t have the luxury of time. We had a due date to start shooting. We found the house a week and a half before. Everything you see is actual locations. We had to re-cast two kids 48 hours before filming. Everything that could go wrong did, but as soon as we said, “Action,” on that first day, we willed this thing to the end, knowing we would stick by the rules we set in prep.

Were you worried about the children being around such heavy content?

I knew what I was getting into. I wasn’t worried about exposure to the kids because I knew how I was going to handle that. They weren’t going to know what we’re shooting and why in terms of certain adult situations. I just wanted to make sure the parents were okay with it. No one tells you this, but when you cast a child you’re casting the parents, too. We got good parents on this. I also do so much editing in my head. I know what I’m looking for and once I get it, we can move on.

Did you have a back story about how Emelie became so disturbed?

I look at it like a folktale, like something you would tell around a campfire where stories get bigger and bigger each time. It all originates in this loss of innocence for everyone, the parents, Jacob, even Emelie because she never had a normal childhood. She’s still young and was abandoned in Northern Canada. I know we don’t get into all that in the movie, but there’s a lot of back story we shot that wasn’t essential to telling the story.She was someone that’s been shit on her whole life. I know people like this. She wasn’t able to overcome it and cracked. We’re seeing her right at that side where she’s cracking. I don’t think self-destructive people know they are until it’s too late.

Will you make a prequel?

It depends. I wouldn’t do it without Sarah because she embodied this character. After talking to her for 30 seconds I knew she got it. I’ve always been drawn to antagonists—Jack Nicholson in “The Shining,” Javier Bardem in “No Country for Old Men.” I felt like Emelie was a strong enough character to anchor this type of story.

Your movie reminded me of other great chillers: The Hand That Rocks the Cradle, Funny Games, Gone Girl.

I saw all of those; “Funny Games” for sure. [Director] Haneke is such a disciplined guy. He’s amazing. I lean toward the darker, methodic, disciplined side of storytelling.

Emelie reminded me of Jennifer Jason Leigh in Single White Female because, although she’s a deranged and dangerous person, she is so wounded I felt for her.

You’re right! That vulnerability where you know they’re going to do something bad but I do think, fundamentally, Emelie is not a bad person.

She was just so broken.

Yes, that’s a great word for it. When you’re broken and don’t have a support system to help put you back together, it’s so hard to do yourself.

[Laughs] Working with pets is crazy. We got a shot of him where you could hear the audio in the room and we all burst out laughing. The way he put his little hand [paw] on the glass, I just couldn’t believe he did that. We didn’t give the hamster a name because I didn’t want anyone getting attached to it.

I was worried about him.

It definitely did not get hurt, he just went back to the pet store.

I thought the snake really ate him.

Oh, God, no. [Laughs] They were never even in the cage at the same time. I love that people think that but there were a lot of safety precautions.

Did the kids actually see the sex video?

Heck, no. They didn’t even hear any of the sound. All that was added later.

Did they know the story or were they just told what to do?

They knew in a very general sense. The parents knew, obviously. There’s a line that you didn’t want to cross and I felt like we stayed on the right side of it.I wanted it to be visceral so viewers have to feel something. It’s not about seeing it, per say. I feel like you get more invested in the movie that way, like when someone whispers on screen you typically lean in and try to listen harder. Stuff like that. There are little tricks to make a story compelling enough to keep watching. You want it to leave a mark—like you’re going to check your babysitter’s ID next time.

Now I would never leave a kid with a babysitter! Do you describe Emelie as a psychological thriller or a horror movie?

Psychological thriller, yes, but you can’t deny the horror aspects. I think it will definitely please the right core horror fans but it’s more psychological, it’s a mind-fuck. I wasn’t trying to do anything like, “Let’s do this to shock people,” or “Wouldn’t it be cool?” Everything has to have a motivating factor.Watch the trailer:“Emelie” is now playing in theaters and available On Demand. Unrated. 80 min. 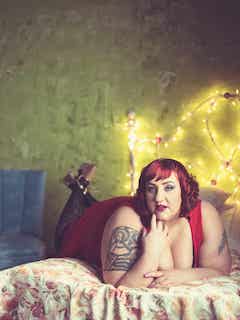 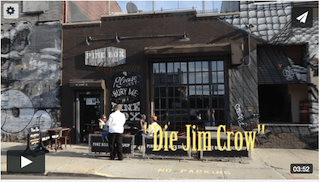