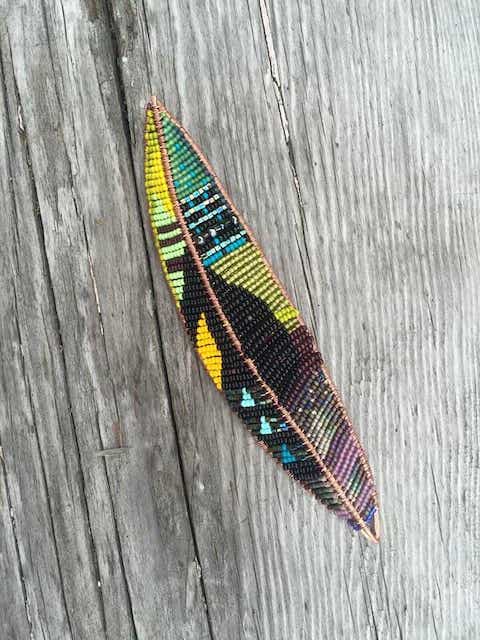 I don’t think I would have preferred Hillary, because of her invested interest in wars and call me naive, but all the deaths surrounding her.

By Gwen Wrobel.  Gwen is an artist living on the West Coast.

Gwen: It was such a long election dragged out and dysfunctional to go through only to not have our interests recognized.

Digital Honey: Would you have preferred Hillary?

G: I don’t think I would have preferred Hillary, because of her invested interest in wars and call me naive, but all the deaths surrounding her.  She kills my people. Heartless.  That is not a person I want to see. And I thought especially, I don’t want to see our first woman president scam her way in.

Maybe that is how she felt she needed to do things though. I felt Trump would not get us in war because he has no background other than association with the 1%. He was at ground zero he’s always been connected and he’s always just been a business guy. Obsessively moving things around the board. Investing in things that to me are futile.

For the record, I voted For Jill Stein’s Green Party to help boost it up for the following years.  My state was going to vote dem so I knew my vote would benefit this strategy.  If she were to win 5% of the votes in our country then at least in the future we will begin to see other parties involved in the debates. In Europe, their debates include all the parties.

I know we still have a lot to do about our media control, but I also acknowledge Bernie Sanders’ Grass Roots momentum and saw his strategy in running as democrat was a solid approach. He helped pave the way to getting more parties involvement. He would of helped us gain speed on climate change.

None of our votes really reflected our interests. I would never wish to see people killed over their sexuality or race or see immigrants be ripped away after having lived here for over a decade, but I do want immigrants to become legal citizens. The process is there to protect our standard. We need to be able to offer work, expand towns, educate and build our infrastructure around growing cities. We need to have a cap on how many people move here without skills.DH: Would you classify yourself as a liberal?G: I can’t see myself as a liberal. I think it’s convoluted to label right now as we haven’t fully digested as a collective, what being a socialist has become in our growing population and environment depletion.We are still not working as a global community to discuss our impact on the equator and the last rain forests of our world.

**Gwen is a philanthropist, gardener, artist and urban anthropologist who lives in Oakland, Ca.

Properly: Management software on a mission to make all aspects of renting simple

People in this country are acting like goddamn fools.