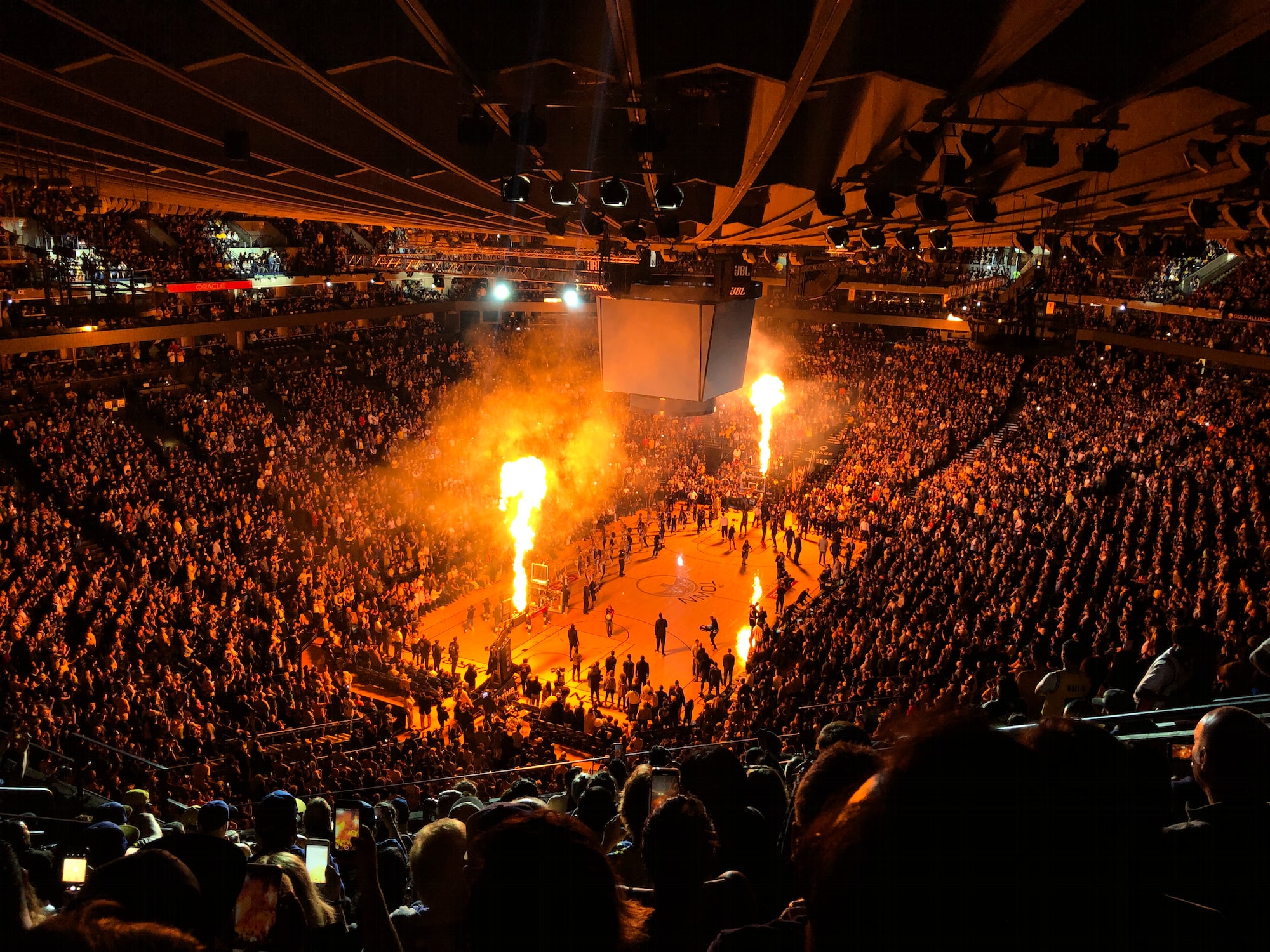 Dehumanizing Black Athletes in the NBA and at the Olympics

a year ago by Nathaniel Rodriguez • 6 min read

Silencing athletes by referring to them as mere “entertainers” continues the United States’ tradition of subjecting Black experiences to the white gaze.

With a little over six minutes remaining in the second quarter of the Eastern Conference Semifinals game four between the Milwaukee Bucks and the Brooklyn Nets, Blake Griffin stood at the top of the key. Griffin looked for Kevin Durant off a double-pick play at the right elbow. The Bucks, however, were ready for the play.

Durant rocketed a pass to Irving in the key. Upon catching the ball from Durant, Irving jumped up for a short lay-up as two Bucks’ players, Holiday and Giannis Antetokounmpo, ran towards Irving to block the layup while Irving was in the air. Irving felt the presence of Antetokounmpo and tried in vain to avoid a fall.

As his shot went in, Irving fell, twisting his foot and straining his ankle. The rest of the Nets’ players ran up court to get in defensive position with Irving clutching his right ankle. Griffin retrieved the rebound from the Bucks’ poor three-point attempt just as the Nets’ called a timeout. It was clear on the faces of the players, with Irving possibly being seriously injured, that the Nets’ series and championship aspirations were in jeopardy.

Irving, the divisive superstar for the Brooklyn Nets, calls on us to reorient how we think of the NBA. He calls on us to orient our view so the general competitiveness of the NBA, takes a secondary position to the artistry of the game—a lens that acknowledges basketball as an art and the players as artists.

With this lens, the play before Irving’s injury is more important than Irving’s injury itself. Irving’s injury undoubtedly is unfortunate for his own health, but how we view the NBA as a commodified spectacle where profits takes precedence abstracts Irving’s injury. In this way fans think of injuries in terms of an organizations’ chance of winning a championship rather than in relation to the individual players, which are predominately Black.

The undertones of this view of NBA players is clear, as Laura Ingraham infamously said to LeBron James’ activism on Ingraham Angle, “It’s always unwise to seek political advice from someone who gets paid $100 million a year to bounce a ball. Keep the political comments to yourselves […] —Shut up and dribble.” Ingraham’s reveals the belief that basketball players are nothing more than entertainers.

An understanding of basketball as as art form destroys the reduction of basketball players being merely entertainers. Seeing basketball players as artists gives them a comparable significance to writers, directors and musicians. Furthermore, it gives the players, who are predominantly Black, ownership over their artistry and bodies. This is why Irving’s repeated statements concerning basketball as an artistic form is extremely important—he is subverting the traditional view of Black athleticism.

“It’s just a lot of movements—a lot of thoughts that you have to put into action it’s just a constant masterpiece that you have to paint. Sometimes it’s going to be all scribble and stuff like that,” Irving said in an interview with Boston.com. “It’s OK to get out of the lines. That’s the way I think of it sometimes—or excuse me—most of the time, when I’m describing it and watching it. Just watching so many different details that I need to do in order to think about the best way to get a win.”

The play leading up to Irving’s injury is an example of the chaotic artistry of the game. Irving saw an opening in the lane and took advantage of the opportunity. There is no preset plan. The players must continuously act and react to an indeterminate opponent. As Irving states, the “scribbling” and all the little details of the game are for the goal of winning the game. However, winning not in a territorial sense of dominating the other team but the act of winning as having better artistic form than the other team.

There are clear examples of sports that are not constructed from the direct domination of an opponent. Gymnastics, diving and figure skating are all examples of sports that reward form and technique. All of these sports celebrate the artistry of the individual expressed through their performance. When Simone Biles executes her routine garnering a near perfect score, she is celebrated for what she did individually rather than team USA taking the credit for her work. However, this is not to say that there is not tension between individual athletes and organizations in these sports.  During the gymnastics team final at the Olympics, Simone Biles pulled out of the final because of a mental health issue. Biles’ decision led to a flurry of negative criticism targeting her as being selfish for not sacrificing her own psychological well-being for the team.

This warped understanding of athletes has also extended into the USA basketball performance at the Olympics. The basketball team has been noticeably less dominant than in years past. Additionally, there is mounting pressure on the team that has fostered tension between players like Lebron James, who are sitting out of the games, and the players choosing to play for Team USA, including Jrue Holiday. After winning the championship with the Milwaukee Bucks, Holiday flew immediately to Tokyo to participate in the games. Holiday arrived at 1 AM for a game against France which Team USA lost to in a stunning upset. Players’ like Holiday are taking a physical sacrifice for the allure of playing for Team USA at the Olympics, something that players, such as Lebron James, have decided is not worth the individual cost on their bodies.

Disrupting traditional perceptions of athletes as purely being entertainers or pawns for larger organizations has led to contentious relations with both the media and former players. In December, after being fined repeatedly for not speaking to the media, Irving spoke with reporters about his avoidance of the press, “It’s really just about how I felt about the mistreatment of certain artists when we get to a certain platform of when we make decisions within our lives to have full control and ownership […] We want to perform in a secure and protected space.”

Irving’s comment was met with backlash from former NBA players like Charles Barkley, “What the hell is he trying—what is he saying or what is he trying to say?” Barkley said during an appearance on Stephen A’s World. “He starts talking about what an artist is. He’s a basketball player. That’s what he is. Listen, we’re not frontline responders. We’re not teachers. 'Yo, man, you dribble a basketball, stop acting like you’re the smartest person in the world.'"

The resistance to Irving’s comments results from the fact that Barkley, through his role on the hit show Inside the NBA, profits off the perception of the NBA as being solely entertainment. Barkley’s basketball analysis, on Inside the NBA, is largely shallow, giving controversial hot takes on players’ personal character for the purpose of making the show comedic at the cost of erasing the artistry of the game.

For Inside the NBA, this business model works with the show attracting a large audience via viral clips. The problem is the show, with its flippant analysis of the game, feeds the perception of the NBA as less than art. Irving’s comments combat this idea by showing that the game should be seen as more of players toiling at a craft, not gladiators swinging blindly in a stadium.

The importance of this is clear—basketball players deserve the same respect as any other artistic profession. Traditional sports models, like the NBA, operate on satisfying the white gaze. This aim has muffled the voices of people of color within the United States. One does not need to look far to see the NBA’s effort to satisfy the white gaze. The very logo is a silhouette of Jerry West, a white player, for the NBA, a league in which 81% of the players are people of color. Irving highlights this incongruity by revealing the league's and viewers' disrespect as another element to the United States’ record of racial injustice.

The NBA is not exempt from America’s reckoning of racial inequalities and its deep seated precedence. We must rethink how we view NBA players in a similar fashion as we are rethinking policing, voting and of all other American structures. Continuing to dismiss and delegitimize the voices of players, like Irving, by referring to these artists as mere “entertainers” or “athletes,” continues the United States’ tradition of relegating Black lived experiences to a position of inferiority.

It's National CBD Day on Times Square with Honeysuckle Magazine! 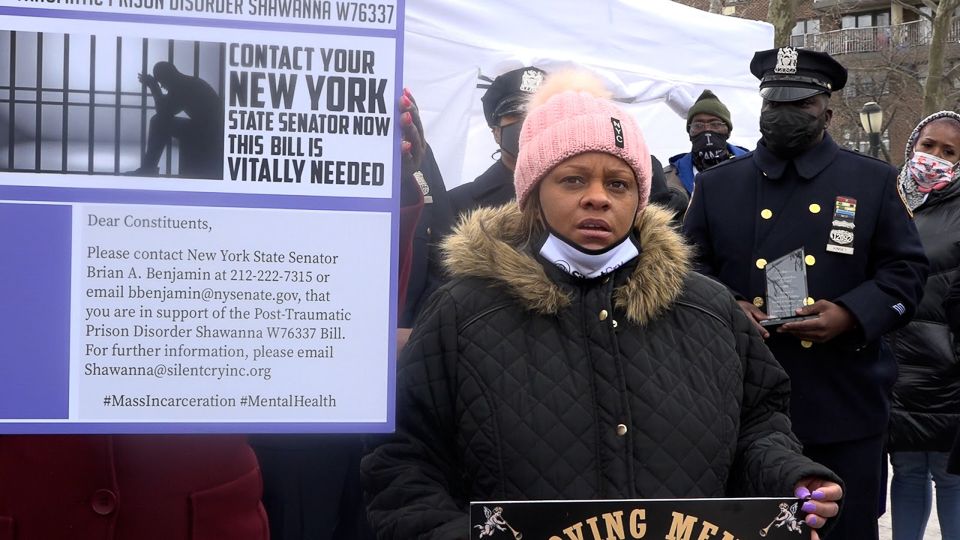