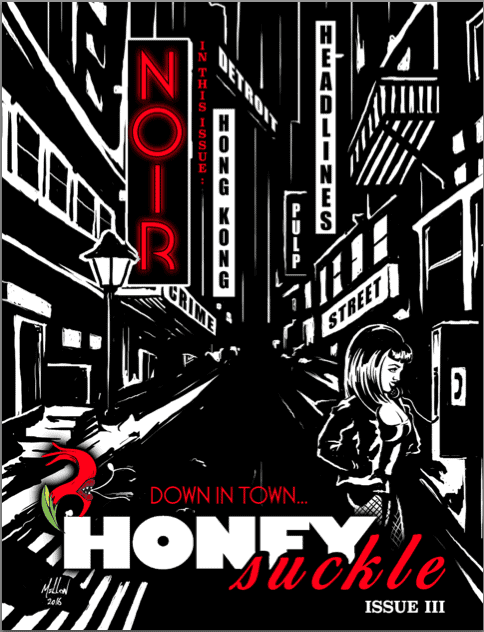 After her grandmother got heavily involved in the Catholic church, everything changed. Smith stopped hanging out in the streets, but some of her family still deals in drugs and violence.

Psychic RealizationAt 3 years old, Deborah knew something about her was different. She slept with her eyes open and could see shadow people when she was awake. When she was 11, she saw her brother standing behind the door of her mother’s house, but after she went to wash her hands, he’s disappeared. She’d seen her first dead body. Deborah J. Smith, a result of the streets of Detroit, Michigan, discovered her psychic-medium gift when she was young, but wouldn’t really embrace it until after she left her legal career.“I grew up strictly Catholic on my mother’s side, and on my father’s side, they owned one of the large churches in Detroit,” Smith said. “So for me, it’s always been a kind of hush-hush thing; it was either you’re a prophet or you work for the Devil.”Later, she went through what she thought was a meditation class which turned out to be an intuitive development class where she met her mentor, and then she studied the Shamanic way to hone her gift and intuitions.“I went through the process, and my gift just hit the roof,” Smith said.At 36, Smith perused her gift as a psychic medium full time, reading people’s souls along with the occasional animal.“I’ve read cats,” she mentions casually. “But in order for me to read animals, they have to be reincarnated. Sometimes they’ll tell me what their owner does, and I’ve had a pet help me with autistic children before.”Smith started her business in 2010 and said not even she could have guessed she’d be as successful as she is.“I tell people that I want my money back from college,” she said. “If I knew I was going to do this, I would have been fine. When I started reading, my clientele went through the roof.”As a psychic, Smith can predict and read souls and has a diverse clientele she built in as little as five years. She’s read people in Russia, China, India, Guam and Australia and reads for businessmen and people all over the U.S.“I’m a nitty gritty reader, but I’m very gentle.”What makes Smith special, though, is that she is a medium and can communicate with the dead, too.“I’ve dealt with a lot of death; I’ve lost three brothers,” she said. “Everyone died really young.

Technically, I should have been dead before 25, because on my father’s side, our money was through the streets in trying to deal drugs. My grandfather was a pimp back then.”

After her grandmother got heavily involved in the Catholic church, everything changed. Smith stopped hanging out in the streets, but some of her family still deals in drugs and violence.“As far as the street life, my nephews still do that, and I’ve had a couple of nephews killed,” she said. “It’s really ironic how I’m a medium and I’ve had so much death growing up. Now I know why I was able to get out of so many different situations and see so much horrible stuff, because now I’m on this path.”

Now, she uses past experiences to humble herself and help people find faith and realign souls, despite how scary it can be at times.“To me it’s a double-edged sword, because if you asked me what I wanted to do, I’d say go back to being a paralegal,” she said. “For me to have someone’s life in the middle of my hands, it gets scary sometimes. My mother would tell me ‘You’re like the scariest person in the world, I can’t believe you do this,’ and I’m like I know.”But she loves what she does and said she is fulfilling her life’s purpose.“I watched my family and me do a lot of bad sh*t in the past, and I think I’m paying it back,” Smith said. “I have such a diverse look and people can’t tell whether I’m black or Indian or whatever, so I’m able to reach the world basically. I was supposed to be dead before 25, and I think I went into a second life.”Smith still lives in Detroit and works with a slew of lovely Jewish women in her West Bloomfield office at Sacred Balance. 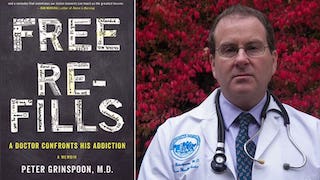 Interview with 'Free Refills' Doctor re His Opioid Addiction