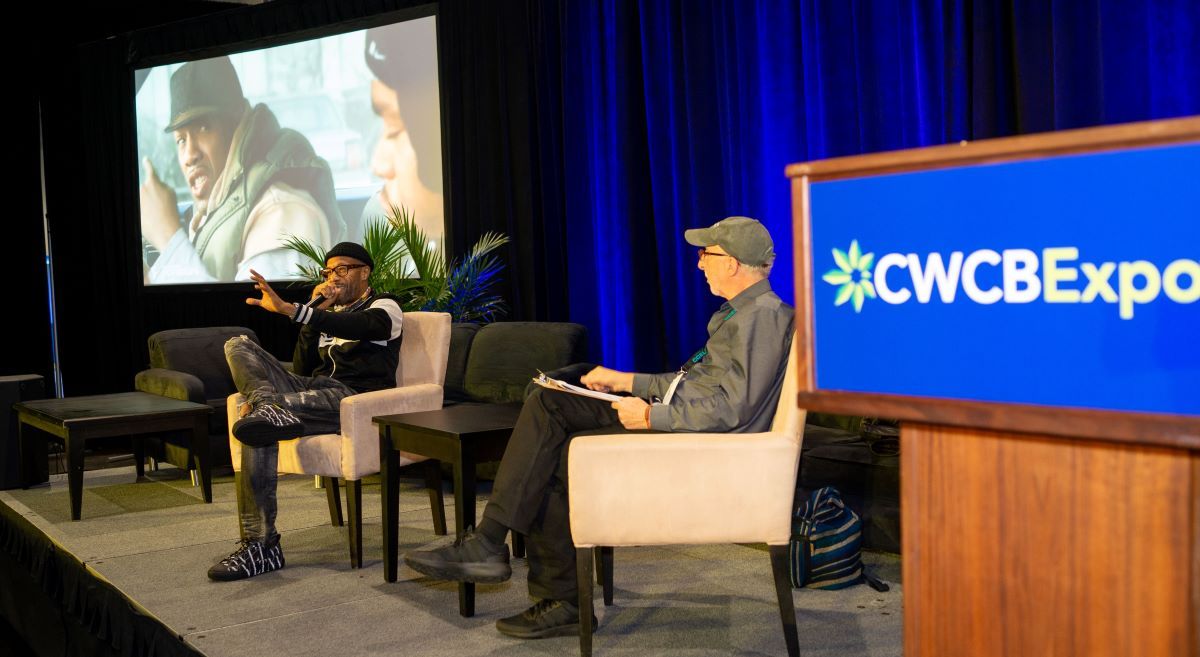 This weekend, the Cannabis World Congress and Business Expo (CWCBExpo) roared back to the Javits Center in the heart of New York City for another incredible three days of industry updates, networking, and preparation for a fully-legal East Coast. As one of the nation’s longest-running and largest cannabis business conferences, CWCBExpo has traditionally brought industry leaders to the Big Apple for nearly a decade. But this year, as the New York-New Jersey-Connecticut tristate powerhouse refines its adult-use regulations and more states embrace legalization (hello Rhode Island!), all eyes were on the strength of the East as never before.

One might well have subtitled CWCBExpo 2022 “This Time It’s Political,” because the conference floor was abuzz with governmental discussions. Mayor Eric Adams made his first-ever address at CWCBExpo on Friday, June 3. In his brief remarks, Adams referenced his own proposal to include a $4.8 million investment in New York City’s cannabis industry with the Fiscal Year 2023 budget, which he claimed would assist with opening facilities and educating the public about navigating the new sector. Enthusing about the expected $1.3 billion in revenue that the city will see from its inaugural fully-legal year, and the nearly 24,000 jobs that the cannabis arena is expected to generate, Adams also emphasized the importance of equity.

“We have to make people whole who have gone through some very difficult periods of overpolicing,” the Mayor said, stressing issues that those from marginalized communities face such as lack of employment opportunities and job training due to cannabis convictions. He concluded his speech with what became the memetic line of the conference: “Light up, but most importantly, spend some money!”

Extended political presence also came in the form of the National Cannabis Party (NCP), co-founded by legendary rapper Reginald “Redman” Noble; Sephida Artis-Mills, the organization’s President; Andrew Behringer, its Director of Policy and Advocacy; and artist/media personality and cannabis entrepreneur Mang-Yee “Juicy” Reverie. Established in January 2021, the National Cannabis Party is a federally-recognized political party dedicated to championing the regulation of cannabis into society through education, scientific advancement, and economic growth. The young NCP has become a force of political advocacy, and its time at CWCBExpo was marked with memorable messaging around what Redman and Artis-Mills call “equity empowerment.”

“We believe that ‘social equity’ is a buzzword without the real intention and structure behind it,” Artis-Mills explained. “We like to say ‘equity empowerment,’ because we believe that equity is truly giving people the opportunity to empower them to be able to choose their space within the industry, by telling them that it’s for them, not giving them whatever we feel is best for them… We’re about the purpose. We’re about the community, and we want to make sure education is given to the people. First and foremost, cannabis is medicine. There should be no separation between medical and adult-use. If you choose cannabis as your medicine, it’s your civil right.”

Redman noted that, as a Federal Election Commission (FEC) approved organization, the NCP can support political candidates and potentially “put someone in the President’s chair one day.” He wants the Party to take on the challenge of getting cannabis removed from the Controlled Substances Act: “The National Cannabis Party is about action; we’re about holding people accountable and we’re here to give the plant back to the people… We’re out the pocket in this industry, we’re not about the profit. Look at us as the bridge between the gaps in this industry.”

Additionally, Redman marveled at how far public perceptions of cannabis have come in recent years. “Coming from the 90s where cannabis wasn’t understood at all – you might as well say cannabis was crack – guys like me, Snoop Dogg, B-Real, Method Man, we put this cannabis industry on the line. Meaning that we missed a lot of endorsements, we missed a lot of money, because companies like Coca-Cola didn’t understand how cannabis was helping people. So we put this plant on the line in ‘92, ‘93, and now it’s helping babies, kids with seizures and everything you could bring forth. And what I’ve learned is that the cannabis plant has over 400 components that we haven’t even seen yet. So we may not even see in our lifetime what this plant is capable of in terms of healing people.”

He expanded on these thoughts in an extended interview with veteran cannabis journalist Steve Bloom, founder of CelebStoner, later in the conference during one of CWCBExpo’s highlights. Alongside anecdotes about the founding of NCP and showing clips from his hit 2001 film How High, Redman joked that rappers like Jay-Z who aren’t serious cannabis consumers probably shouldn’t be in the industry. The artist’s loquacity and charisma were on full blast.

Tremaine Wright, New York’s Cannabis Control Board Chair, appeared for a keynote session with Gia Morón, president of Women Grow. With her signature air of joy, Wright discussed the state’s rollout plans for adult-use cannabis licenses, recapping that 162 conditional cultivator licenses have already been issued to existing hemp farm operations. Licenses for new cultivators and adult-use retailers will follow, with the first winning retail applicants likely to be announced in Fall 2022.

However, Wright also warned consumers and entrepreneurs to be aware of the complications surrounding New York’s unregulated market. “Gifting” cannabis products from an unregulated business, like the many buses and shops found on New York’s streets, is still an illegal practice. Wright stated in no uncertain terms that, although one of the Office of Cannabis Management’s (OCM) goals is to onboard legacy operators into the legal industry, the OCM cannot protect other departments such as Tax and Finance or law enforcement from coming after businesses operating illegally.

“Cannabis exists in New York already,” Wright asserted. “We’re the largest market in the world… We're about to tax and regulate that market.... It is going to take time, education and work. We're working with many of our legacy operators already to help understand what the challenges are for them to enter the regulated market and figure out ways in which we can invite them in and help them transition over. Legacy has a place in this regulated industry… We don't want to see a rash of criminalization once again hitting our communities and our people. We did not want this to be law enforcement action first. We want to have a conversation with our businesses and our consumers, so that they know what the law is, what they should expect and how they should be participating in this cannabis business.”

Even some of the industry’s most trusted experts spoke about the potential of cannabis to shape the zeitgeist. Keynotes with Weedmaps CEO Chris Beals and Greenlane CEO Nick Kovacevich, interviewed by Politico’s Mona Zhang and NBC’s Tim Seymour respectively, veered into how the cannabis industry can elevate all levels of business operations. In the last twelve months, Weedmaps has gone public on NASDAQ, launched the WM Business suite of services, and made impactful acquisitions among other strategic moves. Greenlane meanwhile continues to be one of the leaders in global consumer brands, recently announcing plans to enter the Latin American market. Domestically, Kovacevich and Greenlane’s General Counsel Doug Fischer were among a group of cannabis industry executives who traveled to Washington, D.C. this May to lobby for comprehensive marijuana reform with the US Cannabis Council. Lobby goals included seeking immediate action on cannabis banking, expungement of convictions, and Section 280E tax relief for cannabis businesses.

Outside of political conversations, CWCBExpo outdid itself this year in showcasing the diversity of the cannabis space. The star attraction was undoubtedly the Women Grow pavilion, which housed 30 women-owned brands, most of them local to the East Coast.

Jade Sancho-Duser, founder of RXMaryJade, was among the entrepreneurs exhibiting within the Women Grow pavilion. Her face lit up when describing how beautifully the various brands were represented. “It was a great way for so many different people to learn about the brands and what cannabis has to offer,” she said.

Miriam Aristy-Farer, founder of Herbas, saw her booth surrounded by people throughout the run of the show. In a statement to the local TV news, she commented, “It’s a new time. Everyone has to come out of the green closet [so] that people can benefit from the healing part, way beyond the blunts and joints.”

Want to learn more about the amazing women of East Coast cannabis? Check out our deep dive!

CWCBExpo was also pleased to present the Proud Mary Lounge, a safe space for LGBTQIA+ entrepreneurs to learn about the cannabis community. Proud Mary is an LGBTQIA+-owned organization that creates opportunities to elevate queer voices in cannabis through education, advocacy, networking and creative expression. The collaboration makes history as the nation’s first dedicated queer representation space at a major cannabis expo.

From offering products by LGBTQIA+-owned brands like Glitch Bitch and Ziggy’s Naturals, to hearing from queer-identifying industry leaders such as Mary Pryor, the Proud Mary Lounge was a smashing success. Drag performer Ducky Sheaboi, known as “the queen from Queens,” was on hand to provide information with a side of ultra-glamour.

As usual, CWCBExpo wrapped up in a haze of activity and excitement for the future of cannabis. Honeysuckle was honored once again to be at the center of so much celebration, vital industry connections, and political landmarks. We can honestly say that CWCBExpo blazed into 2022 with pride!

CWCBExpo will return to New York in June 2023. For more information, visit cwcbexpo.com. 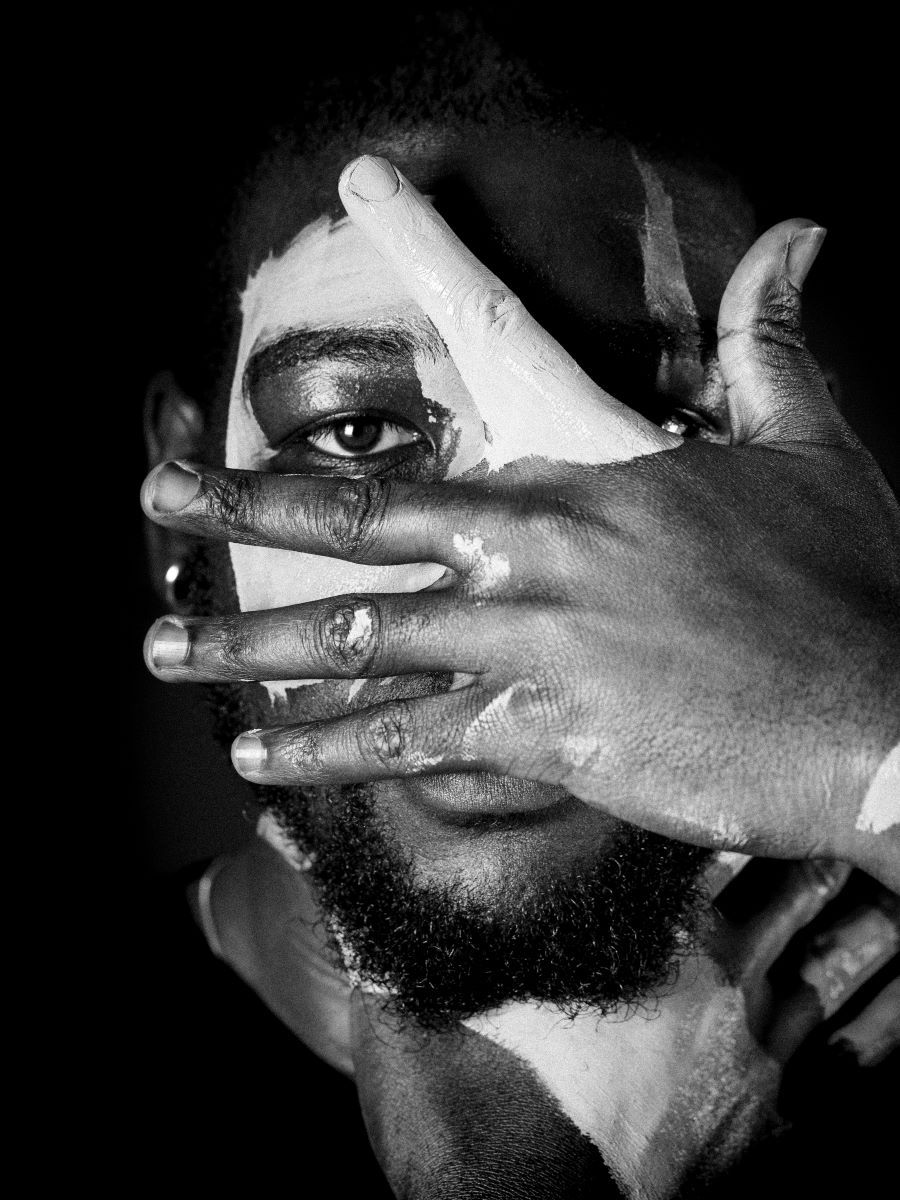 The War on Weed Decimated My Community - Will There Be Restitution?

Cannabis Industry Experts Speak: The Good and Bad of Business in 2022