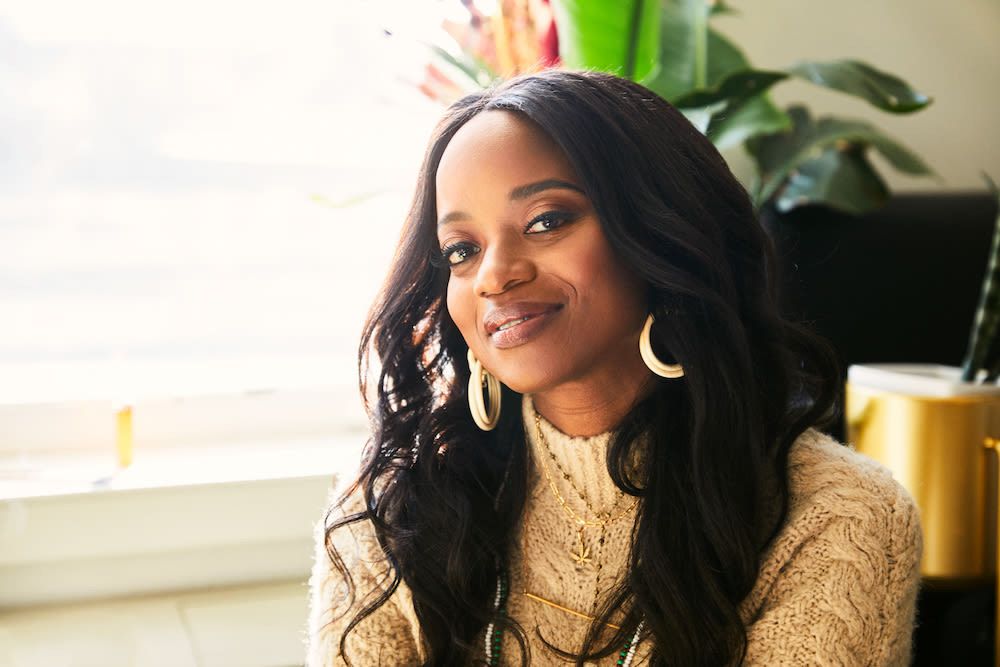 Cannaclusive's Mary Pryor on Diversity, Equity, and Inclusion in Cannabis

Who is Mary Pryor?

Mary Pryor is much more than the many titles she holds. It is undeniable that she is a pioneer, most prominently as an advocate in the cannabis industry for diversity, equity, and inclusion (DEI). She has founded multiple companies, including co-founding Cannaclusive, one of the major collectives that provide resources for BIPOC-owned cannabis businesses. The Cannaclusive team operates Inclusivebase, a database of BIPOC-owned companies in the industry; the largest collection of BIPOC stock photography in cannabis; and The Accountability List to help everyone hold each other accountable for achieving diversity aims and reparations.

But what matters most are the real-life steps Pryor is taking towards increasing access to the cannabis industry for people that are either socioeconomically or racially disadvantaged.

“I'm just a person that knows what this plant can do, and I want others to benefit as well,” Pryor says. “That's that. You know, the more people give these convoluted things of who they are and what they are, the harder it is to understand what it really is, so I try to simplify my terminology.”

The work she is doing speaks volumes about her mission of holding people accountable for building a holistically inclusive legal cannabis industry, in the shadows of decades of systematically oppressing Black and brown people. Pryor models how to hold people accountable for their actions or inactions in terms of diversity and the treatment of BIPOC people, through the work she does with various companies.

She recently became a board member and advisor at The Parent Company, which owns several high-profile cannabis brands including Jay-Z's Monogram. She's also a leader of Cannabis for Black Lives, a coalition of businesses to amplify Black voices in the cannabis space; the Chief Marketing Officer for Tonic CBD, one of the leading national women-owned CBD brands;  the founder of Fit For Us, a wellness company to improve the health of minorities around the world; and of Breaking Bread NYC, which helps feed the homeless.

Across all of these roles, Pryor is consistently active in expanding the possibilities for Black and brown people in an industry built on the backs of victims of the War on Drugs, while holding those complicit in their continued erasure accountable. Honeysuckle caught up with Pryor to discuss the honest truth about the reality of DEI efforts in the cannabis industry.

Pryor Tells the Honest Truth about DEI and the Cannabis Industry

HONEYSUCKLE MAGAZINE: How has your journey led you to the cannabis industry?

MARY PRYOR: I think my health led me here, or rather the value of doing what I can for my health.  I dealt with a lot of things that stem from some autoimmune situations. Through the consumption of cannabis, I’m able to manage my pain levels and fill a lot of those gaps that the endocannabinoid system really benefits. I come from tech and marketing, media systems, I always used cannabis but not the way I use it now. I do agree that use is use. The idea of medicinal versus adult use is a real problem for me because it makes people think one isn't the same as the other, which it is.

What is your personal mission in cannabis?

I think a lot of these terms that we utilize are kind of like crawling up against us. Like social equity is a term, I think we need to just kill and redo it because now it's just it's all over the fucking place. I don’t even want to call it that anymore, so I'm going to introduce a whole new lexicon in January. Our team of about eight Black, brown, and Latinx folks care about these things. I feel like at this point, the work I’m doing in the industry and the connections I have matters in terms of how I think about what the next steps are to make this a real thing. Especially as a businesswoman who wants to launch a cannabis business and is about to launch lines next year. I think that's important, but I do not want to keep using terms and talking about stuff that isn't working anymore.

I'm usually the one that calls that out and deals with the ramifications of that, whether good or bad. I’d like to think that the work that we've done has given people a look into how this industry claims to support equity and what they think is doing the job but isn’t. I'm a person in the space that is aware of where things really need to shift. Consumers need to take more power into buying from entities and brands that actually are supporting the work of melanated people, and or comprised of melanated people. And if we don't make that important so that people see it as a bottom-line problem, either because they never give a damn or they found a way to co-op it, then we're going to keep having issues where accountability just isn't going to matter.

With that being said, accountability comes in all forms. There are people that do dirt, no matter what race or gender they are.  Overall this is an industry that has a lot of good people, but there's also a lot of bad things that happen to those good people.

‎What’s  your role at The Parent Company?

I'm an advisor for their social equity ventures, which is a fund they are using to invest in ventures that are coming from equity applicant markets. Right now their big focus is California.

How is the Accountability List shaping the state of social equity in the industry?

​​I think that we're trying to redefine it as a tool that lets consumers know which brands are actually doing the work that matters to them.

‎What do you see as the current reality of DEI efforts in the industry?

Your answer is as good as mine. Because people don't ask about it, companies do not have to share that information. Enough people aren't asking about it [and] aren't making it an issue. Consumers aren’t saying that it matters to them. And to be honest with you most of these products are ass, so it'd be good to know that if you're going to spend money on pretty packaging, who is at least giving back to communities that look like you. Whether you're Black, Mexican, Puerto Rican, or Desi. The origin of the plant comes from areas that are now known as Afghanistan and India. That's the first documented origin of it, but we know that there's the genus of this plant family across the globe. From the continent of Africa, down to what is now known as South America.

But, while these entities are creating a good brand or making something that you like to share with people that you care about,  who's actually giving a shit? We've made it less sexy to give a shit. Especially after the whole #blacklivesmatter thing didn't work out like we thought it would.

What does a potentially bright future for DEI in cannabis look like to you?

The industry wouldn't be comprised of over 80 percent white guys.

What is a direct action people can take to support equity efforts in cannabis?

How would you redefine social equity as a term?

Actionable accountability and awareness. We need a way to provide the real measurement of why this matters. Also having the real intention to not be a fucked up person. You can't sit here and tell me that racism isn't embedded into every fabric of our society. If you are cool with that, you know, I get it because it benefits you. That’s common sense. But you're literally appropriating and commodifying a melanated origin plant genus to exalt your privilege. And to me, that just signifies that you're probably not a good person. Why would I buy your brand?  In reality, I don't have to buy shit from you, The legacy market will never die. So if I'm going to go in there to spend 60 or 100 dollars on an eighth, show me that you actually are doing stuff with people that are melanated. And you can't just choose to do shit with only black people. You've got any latines in the fucking room? You’ve got any lesbians? Do you have any queer folks?

I'm a straight Black woman that wants to see you acknowledge the fact that you don’t have anybody. You're not doing any programs with anybody who's Desi. You don’t acknowledge that people are suffering in Afghanistan, considering all the Afghan Kush that you sell. Black folks do a good job of calling that shit out, and that’s the problem. Because people like me get eaten alive.

‎How do you balance all these high-pressure leadership roles?

I work out and meditate. I have a solid spiritual practice. I take breaks. I don't do anything on Sunday. Sunday is my day off. If anybody doesn't respect my personal Sundays, I don't like to deal with them, period. I  have very firm boundaries. I did not use to have boundaries. Now I do, and I only do things that are going to make me feel good. If that's masturbating, smoking weed, eating an edible, or taking a bath I'm going to do it. if that's great sex with a guy that I like and likes me back, a trip, or sleeping under my weighted blanket, I'm with it.

Because life is too short, and I know people don't care about other human beings’ lives much less their own. Sometimes due to things like environmental racism and the psychiatric effects of that. There are so many things that cause that like lack of self-care, which I fight through every day as someone that grew up in the hood. But I'm aware of it, and that's the first step. And when you're aware of it and then you start seeing it around you you're like “Holy fuck, they got us.”

Find Out More on Social:

A version of this article first appeared in Honeysuckle's Black History Month print edition, featuring Wiz Khalifa on the cover! Buy your copy now and stay tuned for our 420 issue featuring Lil Wayne and Young Money. 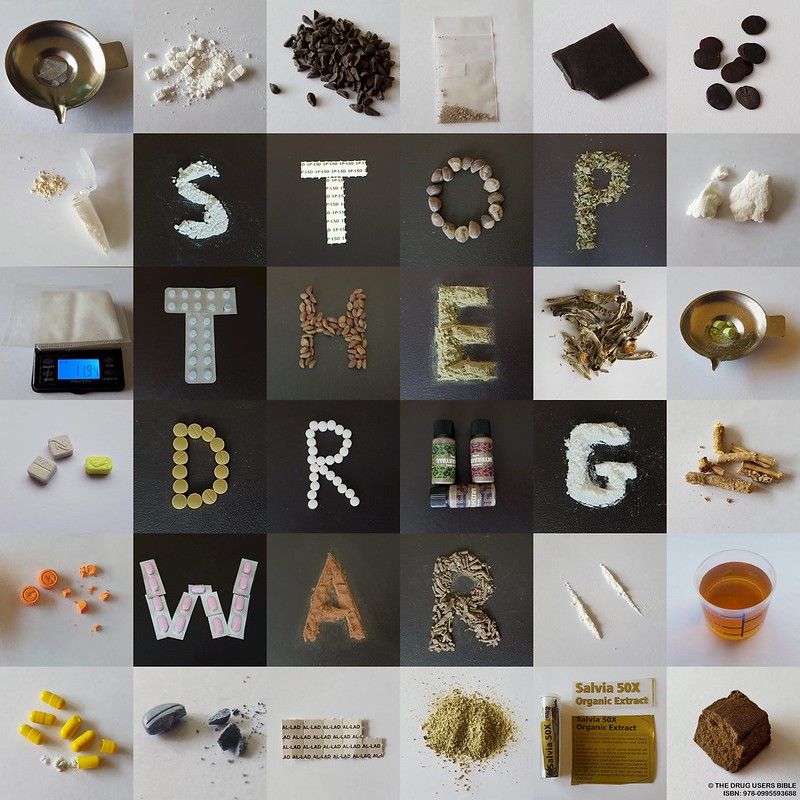 What Does 420 Mean to Me? Cannabis Inmates Speak out 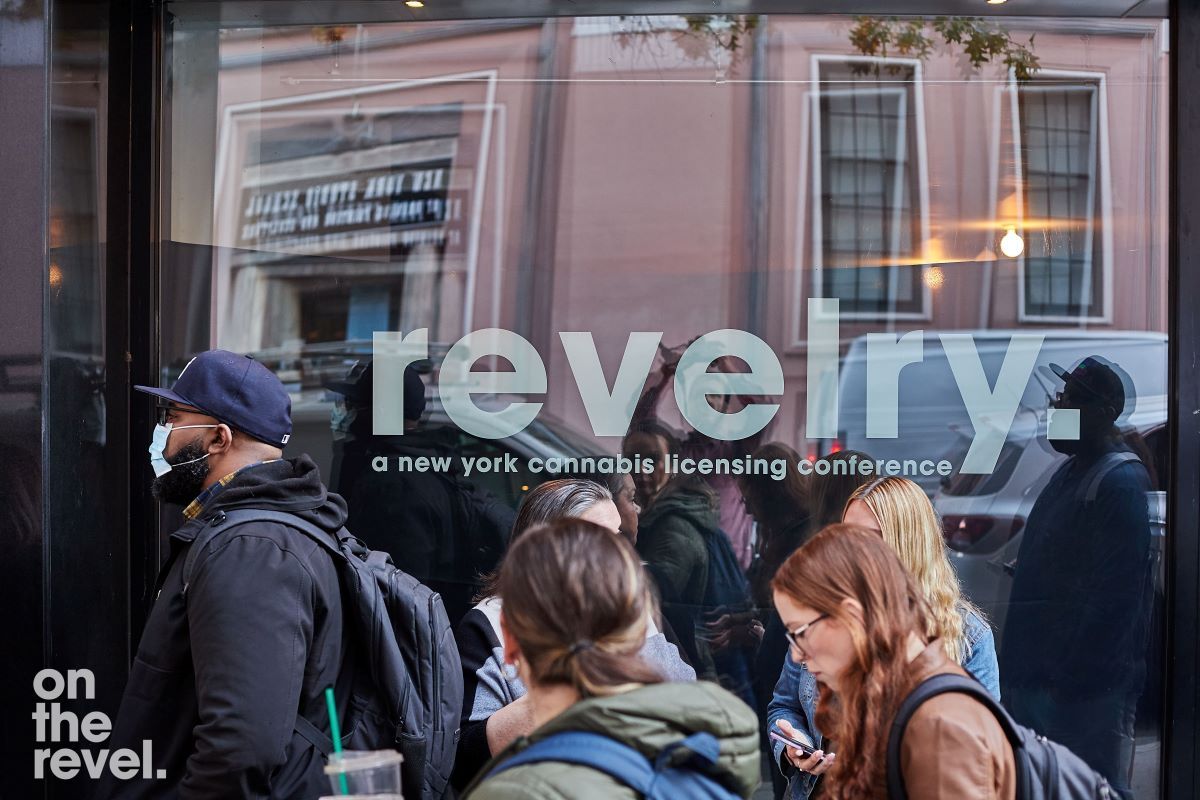