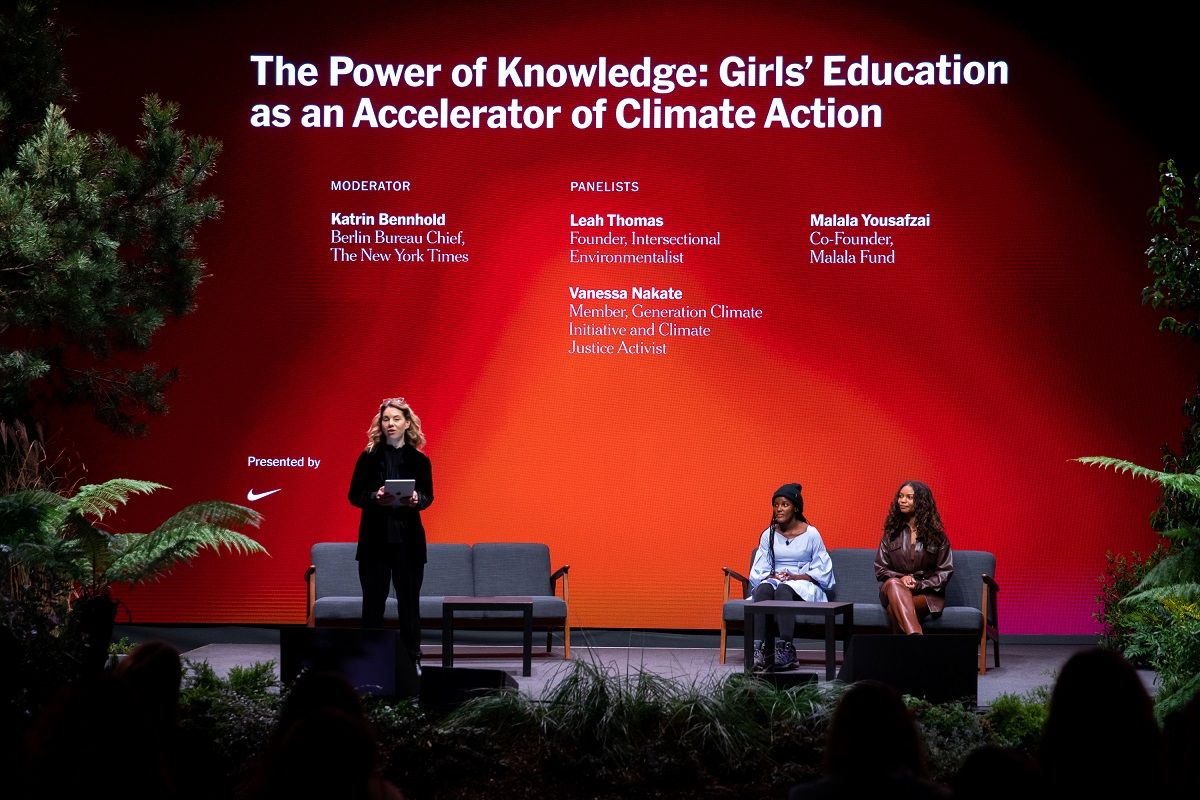 a year ago by Lara Dreux • 5 min read

In the New York Times' panel "The Power of Knowledge: Girls' Education as an Accelerator of Climate Action," Nobel Peace Prize winner Malala Yousafzai and other activists discussed feminism and planetary justice at COP26.

Malala Yousafzai recalls that when she was a young girl, she experienced severe flooding in Pakistan and what this meant for the children who wanted to attend school like herself. Several bridges had collapsed and her route to school was significantly prolonged but, upon her arrival, Malala discovered that her school had been entirely flooded along with 100 more.

Why is women’s education not a priority, and how is that related to the present climate crisis? Youngest-ever winner of the Nobel Peace award Malala Yousafzai, Ugandan climate justice activist Vanessa Nakate of the Generation Climate Initiative, and activist Leah Thomas, founder of Intersectional Environmentalist, joined the New York Times’ Climate Hub panel "The Power of Knowledge: Girls' Education as an Accelerator of Climate Action" to discuss the issue at COP26 on Thursday November 4th.

Malala started off strong with a clear and concise summary of her mission, explaining that while her focus on women’s education has not changed, she is now widening her targets to climate change as well. Yousafzai believes that, based on her own experience and research, girls are disproportionately affected by climate change. Yousafzai is very familiar with women’s determination, and is convinced that educating them is a fundamental step in fighting climate change.

“Climate and girls’ education are not separate issues, we are in a better place to fight climate change with girls,” Yousafzai said. Traveling to Brazil with her nonprofit organization Malala Fund, she spoke about her recent experience supporting girls fighting against deforestation, whom she said “care equally about their education and their land.”

Women on the Frontlines in the Climate Crisis

Native to Uganda, 24-year-old Vanessa Nakate further emphasized Yousafzai’s point on how disproportionately women are affected by the climate crisis and added that “there is always a priority of boys over girls.” She explains that women are “at the frontlines,” expected to travel kilometers each day to find water for their families. She also pointed out that, while climbing trees is one of the best ways to save oneself from violent flooding, families and societal norms strongly discourage girls from a young age to do this as it’s “not ladylike.”

Elaborating further, Nakate describes the expectations surrounding marriage: women internalize their marriage as a duty that they owe their families as it’s custom for their families to receive compensation in the form of a dowry. Though boys are free to go to school or work, girls’ primary way of giving back to their families is marriage.

Lastly, 26-year-old Leah Thomas from the United States widened the conversation to discuss how BIPOC people are disproportionately affected by climate change. Proudly identifying herself as an intersectional environmentalist and feminist, Thomas expanded on what that entails.

“Eco-feminism as a practice has roots in India. It explores the intersection between women and the environment, combining it with intersectional feminism by looking at all those different identity aspects and using that to help the planet,” Thomas said.

Seconding the other two speakers, she agreed that women are the most affected by the climate crisis but added that “climate change disproportionately affects people of color and Indigenous people” and that the world is only beginning to care now because it threatens to impact all of us. Diving further into climate justice, the NAACP’s 2012 “Coal-Blooded” study found that communities of color breathe in 40% more polluted air than white communities in the U.S. This was confirmed by the University of Minnesota which found that people of color are 38% more likely to be exposed to asthma-causing pollutant nitrogen oxide released from fossil fuel-based machinery.

Referencing civil rights advocate and lawyer Kimberlé Crenshaw, Thomas emphasized multiple times the value of historical education and its value in learning from the methods BIPOC communities have been using to fight climate change for decades.

Voices of Women: The Importance of Feminism in Climate Action

Towards the end of the panel, moderator Katrin Bennhold, the New York Times’ Berlin bureau chief, allowed the audience to ask the speakers three questions. The first, coming from a young man, was the most notable for the allegorical role it played for the issue at large.

“If I could hear a little bit more of the perspectives that women and girls bring to these climate talks, please. What do you bring to the table, what different perspectives can you offer?”

With zero hesitation, Yousafzai instantly replied, “I think the voices of women are important at the table regardless. Women shouldn’t have to bring something special to the table, they should be included from the get-go.” Notwithstanding the fact that women represent 49.58% of the world’s population, she laments that men continue to be “always the default.”

Also worth mentioning is a professional ski instructor’s question regarding how to “decolonize the system by decolonizing our minds.” Thomas appeared pleased by the question and its positive nature, to which she replied that “empowerment and education lead to informed action. So many climate solutions have been there all along and we should incorporate them in our modern day approach.”

In full agreement with Thomas, Yousafzai described personal memories of kids getting excited upon seeing white tourists back in Pakistan. “Children worship white people because that is what we are being taught, [they] shouldn’t grow up feeling inferior,” Yousafzai said. “Planet justice needs to stop colonizing indigenous communities, the global North should think about who is being affected, we need to decolonize climate solutions.”

Concluding the panel, Bennhold’s final statement was “You cannot be a climate activist today without being a feminist.”

This article is part of Honeysuckle's series covering the New York Times Climate Hub at COP26. Stay tuned for more stories from the conference, and check out our other updates on planetary wellness and regenerative practices. 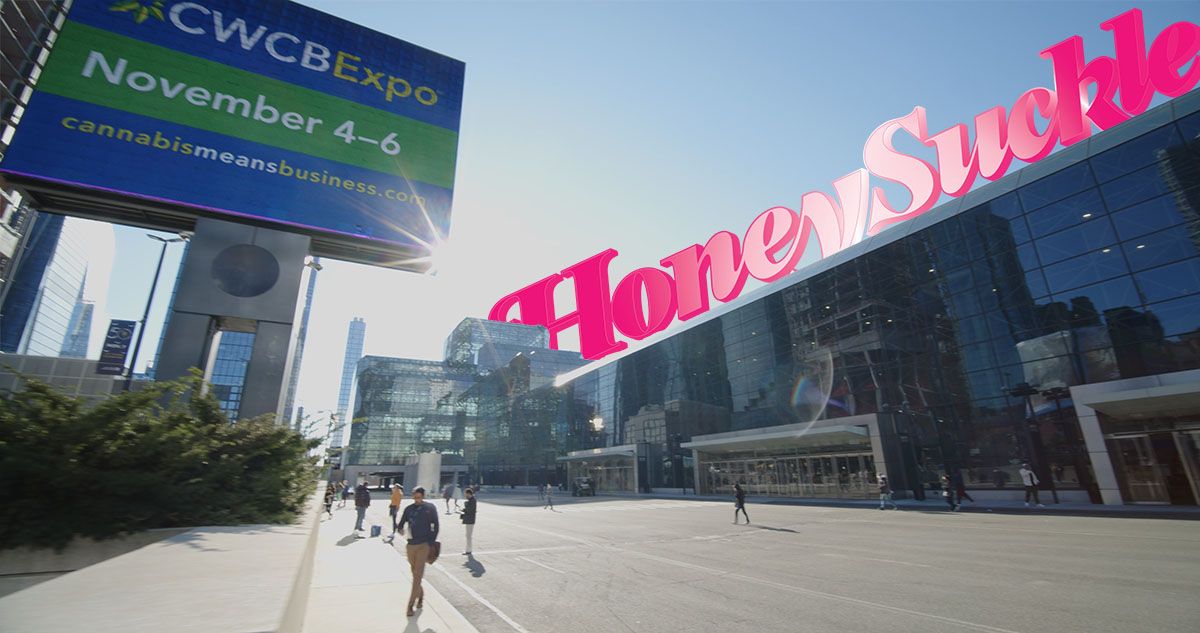