Comedians, musicians, lesbians, straight, weed lovers…who is this dynamic duo making a stink and gaining traction from coast to coast?  From what I can tell, they’re funny, smart, engaging, original oh and did I say hilarious?  You MUST check out their videos. Carlie and Doni check em out.

US:  How exactly did you guys meet and what was the inciting incident that led you guys become a team?Them:  We met on the first day of school at Los Angeles Community College Theatre Academy. Doni’s last name is Carley so when they called role and said “Doni Carley” we both raised our hands. A few days later Carlie brought a jug of wine to school. We got drunk together and bonded and have been best friends ever since.After that we would get drunk and stoned and write silly songs for fun. Then one day Carlie’s mom told us there was an open mic at the comedy store and Carlie signed us up.The first time we preformed together was in the Belly Room at The Comedy Store September 25th 2005. We had 3 songs, no banter and no idea what we were doing.What’s your favorite thing you have to offer, as a duo?Our boobs.Elaborate. The fact that we are a straight girl/ lesbian duo. It’s great that we can have our female perspective but also a male perspective through a women’s eyes. No one knows how to treat a lady better than a lesbian!What happens when someone has a significant other, does it interfere?Great question and the answer is definitely yes. We both get jealous when the other one suddenly has someone else around. It’s tough; we talk about it in our show. Carlie now has a boyfriend she’s been with for a while and it’s the first person that hasn’t come between us. He’s a cool cat.Doni: Carlie now has a boyfriend she’s been with for a long time and it’s the first person that hasn’t come between us. He’s a true gentleman and like a big brother to me.Carlie: Every girl Doni has ever dated has tried to sabotage our relationship by making up lies or trying to pin us against each other. It’s hard for them to accept that Doni and my relationship is truly plutonic, which is hilarious because I am soooo not Doni’s type!What do your parents think of what you do, how do they feel?Our parents are our number one fans. They know all the words to our songs and if you go on YouTube or Facebook most of the comments and likes are from them. They’re the best and we are super grateful to have such amazing support.What are your individual thoughts on smoking weed?Carlie – Weed is great, I have trouble sleeping and it is the only thing that really helps.Doni – Everyone should smoke weed everyday.What are your individual thoughts on sexuality?  What are some of your biggest pet peeves in dating?Do whoever and whatever you want just don’t hurt people.Carlie – Men who don’t know how to treat a lady. My dad opens my car door, so should you.Doni – Straight girls who lie about their sexuality. I’m tired of making up for what your boyfriend can’t do.Us: Ouch…What’s the most important thing for Carlie and Doni to express?We want to spread a good message, to women especially, about loving yourself and being kind to yourself and those around you. And we plan to spread that message by singing about camel toes and breakups among other things.What are your largest hopes and dreams?Get a T.V. show, movie franchise, rescue dogs, take our stage show to Broadway, spread a positive message and make the world a better place. https://www.youtube.com/watch?v=SWpDITWUwGshttp://www.carlieanddoni.com 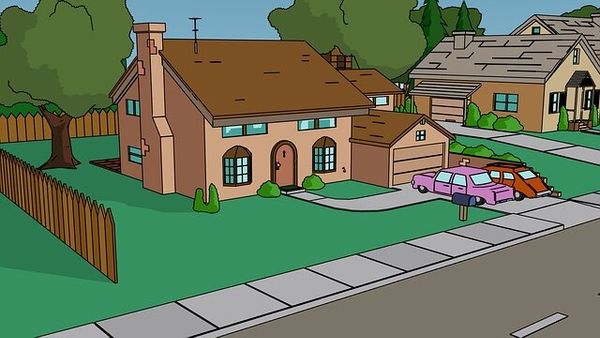 Our retrospective of New York Comic Con (NYCC) 2018 continues with a glimpse behind the scenes of one of TV history’s most enduring animated comedies. The Simpsons’s executive producer and showrunner Mike Reiss explains the secrets of Springfield residency. By Shani R. FriedmanOn the last day