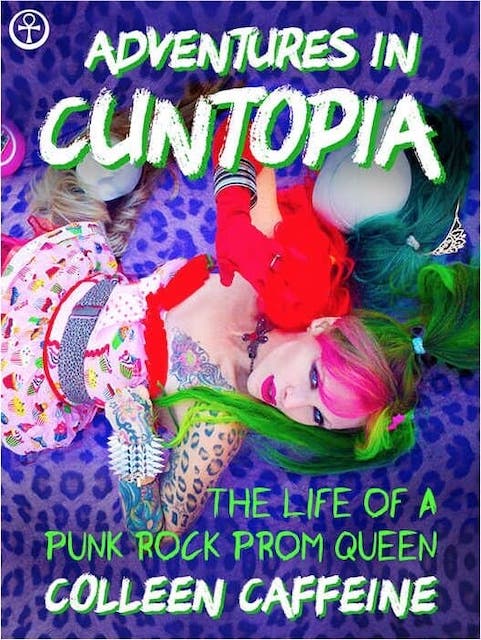 Adventures in Cuntopia: The Life of a Punk Rock Prom Queen

A quirky coming of age memoir set in a destitute part of Detroit, musician and author Colleen Caffeine was an overweight odd ball who found herself in a family which she didn’t really fit in with and who were a bit racist

A quirky coming of age memoir set in a destitute part of Detroit, musician and author Colleen Caffeine was an overweight odd ball who found herself in a family which she didn’t really fit in with and who were a bit racist.With a penchant for punk rock and a serious obsession with The Ramones, she managed to live out her teen dreams by playing in clubs and festivals all over the world as a self taught, award winning bassist in the band she created, Choking Susan.

The punk rock dream got with us to discuss the passion and tumult behind the book!

HS: What inspired your book?

CC: Life, in all of its fuckery. We all have a story to tell, I thought I’d tell mine and had hoped someone would read it. That was my goal,one stranger

How long have you been writing?

I’ve been a song writer since I was born, so I guess this book was a really really long song.

What were some of the biggest challenges you faced as a child?

Surviving the everyday challenges of adolescence ..getting to the box of cereal before my brothers ate it all,not getting hurt, not getting fatter ,not doing anything stupid so people would make fun of me…

What was life like in Detroit, were you bullied?

I wasnt bullied. I was just ignored, looked over. I was invisible.

Where do you live now?

Tell us about yourself as a musician. Where do you play?

I front punk band Choking Susan. We tour everywhere, all over the world and have for almost 20 years. Our next tour is in July/August where we will be playing in Ireland and England. I also play bass in all girl Ramone cover band The Whoremones and play drums in Misfit tribute act AngelFuck. Both of those last two bands just play locally in Detroit and surrounding areas

Are you in a relationship?

I’m in lots of relationships. Some healthy, some not so much.

What’s next?I plan on inventing a cure for cancer, becoming the first punk president, giving clean water to the world and a home to the homeless. I hope I can make it!!!Buy the book here: https://amzn.com/B01EXQCS0Q 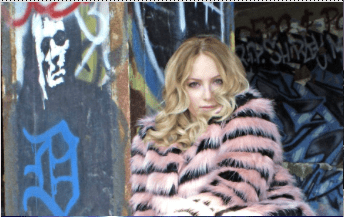