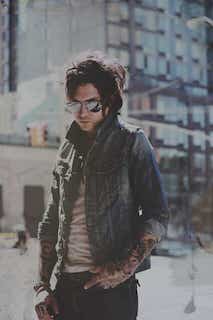 I traveled to Benner’s Front Street shop to interview him. Arriving in pavement-torn Chuck Taylors, I immediately felt at home amongst Benner’s worn-out masterpieces.

What makes Christian Benner’s designs so iconoclastic doesn’t have to do with the biker leather and borrowed phrases like “God Save The Queen” or “Punk’s Not Dead.” These elements only enhance what’s striking and subversive, that is, the performance in each piece. Where Kurt Cobain would have smashed his guitar on stage, Benner attacks his fabrics with scissors, paint and bleach. It’s fearless to the point of destruction.

I traveled to Benner’s Front Street shop to interview him. Arriving in pavement-torn Chuck Taylors, I immediately felt at home amongst Benner’s worn-out masterpieces. In truth, my own sartorial choice was inspired by lack of funds, something I don’t share with Benner’s mostly red carpet clientele—Kate Moss, Lady Gaga and Demi Lovato— to name a few. Benner is heavily tattooed and wearing rose-colored aviators in the dimly lit store. A Pink Floyd Record Spins in the background, while we kick it among Benner’s distressed designs and vintage guitar collection. Here are 5 things I learned while hanging out with this rock-god of leather.1) Mother Nature is his co-stylistThe idea for Benner’s tattered look began when he buried a Kinks Tee in his backyard and let the elements have their way with it for several weeks. The microorganisms tore the fabric to shreds. Benner then sprinkled the rag with punk-rock-fairy-dust (A.K.A. peroxide), severed the sleeves, and wore it to work. His consignment shop boss dug Benner’s tank and asked him to make more for the store to sell. Benner obliged. Not long after, Donatella Versace came in and dropped $4,000 on the entire collection.2) The jacket he designed for Lady Gaga began as a “fuck up”“A lot of my jackets are mistakes,” Benner tells me. For Gaga’s he started out with the idea to paint ivory polka dots on a black motorcycle jacket. He bought a circle stencil, white acrylic, and got to work. “I’d done like twenty of them and then I accidentally went like this,” he says. Benner gestures to show me how a momentary muscular spasm wrecked his vision. He painted the coat over with white, let it dry, and then started in again with black dots. Flash forward, Paparazzi shots show Gaga looking like a cool rebel in shades, a periwinkle jumpsuit, and Benner’s high fashion goof-up cast over her shoulder.3) He thinks trends are “bullshit,” but he still shops at Urban OutfittersIn other words, Benner is just like the rest of us. With disgust, he describes the styles that come shrink wrapped and ready to wear from stores like H&M and The Gap. He modeled a faux tribal print cardigan he recently purchased from Urban Outfitters. “Isn’t this cool?” he asked. I have to admit it was. Turned out even fashion deities like Benner will indulge in the occasional fad.4) Thirty-five and successful, he still lives like a poor college studentYes, even with A-list celebrities shelling out for his designs, the New York real estate market is still impossible. Benner describes his East Village digs as a cross between a jail cell and a frat-house. He’s looking to relocate, but no luck so far. “I told the realtor my budget was $1500 and he laughed at me,” Benner says. He tells me he can’t believe that in his mid 30’s, he’s still living like this. I don’t even have to explain about my apartment’s roach infestation and my roommate, who lives behind a curtain. As a fellow New Yorker, he knows that I get it.5) Many of his clients wear suits to workWhen Benner tells me that lots of his customers work in finance, I picture a Goldman Sachs executive slipping into punk attire after a long day. Is it the same thrill a cross dresser feels donning his wife’s dress and heels, or is it more of a Clark Kent to superman type deal, I wonder. With pieces retailing for upwards of $1200, I can understand why fewer struggling artists sport his designs. Still, at the end of our interview, Benner gives me a t-shirt with cracked stencil lettering that reads, “Rock and Roll Saved My Soul.” I wore it to bed that night and dreamed of the legendary rock shows from Benner’s imagination, the frayed memory pressed into my skin.*For more on Christian Benner stay tuned for our upcoming NOIR issue and deats on his upcoming show.

By Lux Sommers. Lux is a New York-based writer and musician http://www.luxsommerscw.com 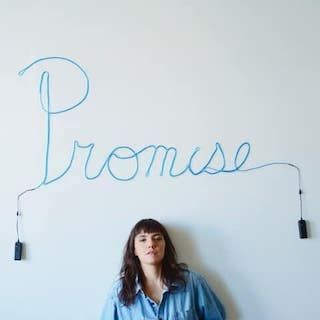 The Hypnotic Sounds of Emily Wells 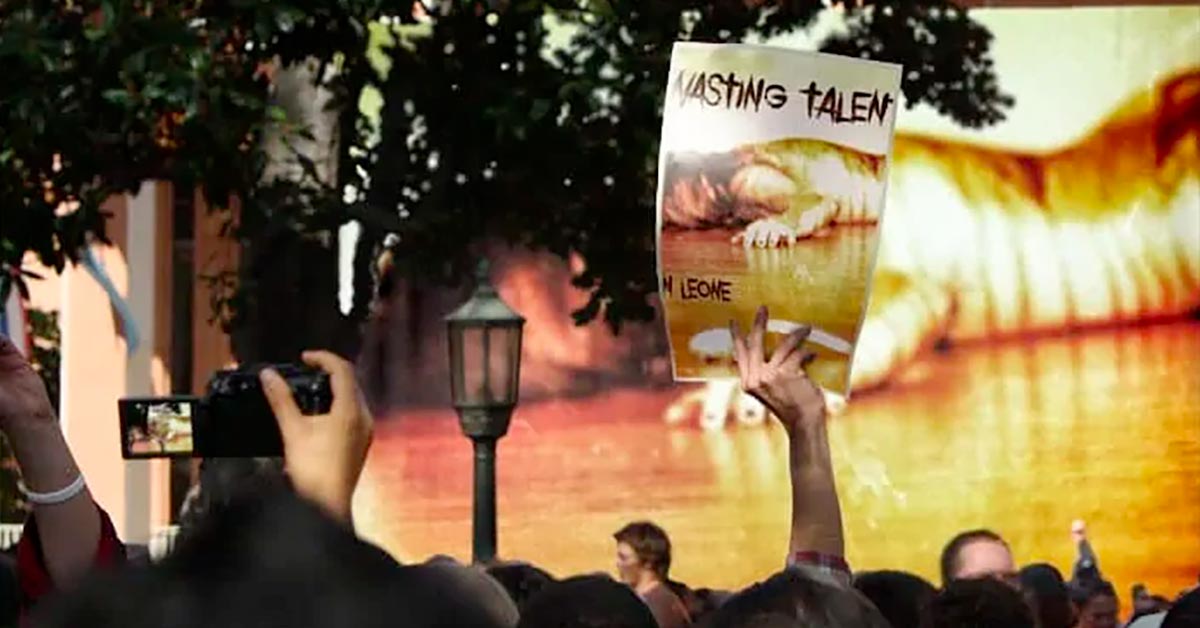