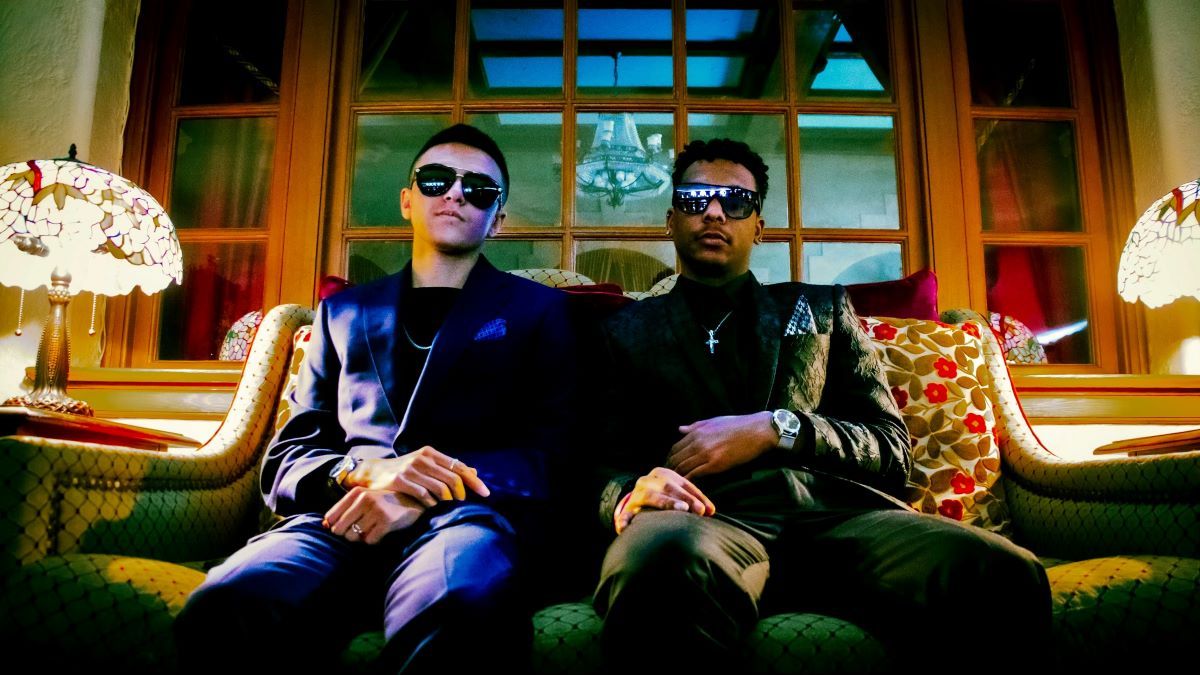 a month ago by Jaime Lubin • 6 min read

Musical duo Young Dragon and Young Cuf - known together as Young Love - are bringing an eclectic mix of R&B and other genres to a new generation.

As Alice Cooper once sang, school’s out for summer. And while most students are chilling out, one artistic pair is buckling down to record music for a new generation. The duo Young Dragon and Young Cuf – also known as Young Love – seek to bring the energy of 90s R&B to life for modern audiences. Their song styles draw from an eclectic mix of rap, pop, R&B, and funk to create a signature sound that hits the ear like cool water on a hot day.

“We started [making music] from a young age,” says Young Cuf. “Having that knowledge and going through the trial and error helped a lot. And we’re growing every time we make a song; growth is everywhere.”

Who Are Young Dragon and Young Cuf?

Indeed, they are at a pivotal period of growth. At ages 17 and 19 respectively, Young Dragon (Tyson Boswell) and Young Cuf (Carson Cuff) carry themselves with an incredible maturity and openness toward their craft. Inspired by all genres of music, especially albums that their older family members played for them, they’ve set out to make something timeless. As independent artists, they produce, write, and generate their own music videos from start to finish. In February the pair dropped their debut album, Young Love, and have been releasing several of its tracks as singles and music videos throughout the spring season.

According to the guys, their creative process is a bit like mind-reading due to the unbreakable bond they share. Based in Pennsylvania, Young Dragon and Young Cuf grew up as childhood best friends “on opposite sides of the river” – Cumberland Valley and Harrisburg – and consider each other to be like brothers.

“[Young Dragon’s] mom basically raised me because my dad was a single dad,” Young Cuf explains. “She kind of took me under her wing and raised me as her own. I call her mom.”

“We share the same mom,” Young Dragon chimes in. “That’s how we look at it.”

Talking to Young Love, that connection is evident. The boys constantly finish each other’s sentences and riff off random comments and jokes at a rapid pace, freestyling through a conversation the same way they do a recording session. When Young Dragon suggests the duo take off their ever-present sunglasses to prove they have eyes, Young Cuf sniffs in mock disgust, “That’s a violation,” before they both erupt in laughter.

“When it comes to writing, we write at the same time,” Young Cuf notes. “He’s the big producer, but I give input to the beat.”

“Even when we’re apart, we don’t have to be listening to any music to get ideas,” Young Dragon comments. “Something will come to our heads and we’ll text each other, write a whole song that way… [Sometimes] we don’t even really write. We just get on the mic and then speak from the heart for real.”

Often these improv sessions end up in the final tracks. One of Young Love’s first singles, “My Forever,” included an ad-libbed beatboxing sound that Young Cuf threw in spontaneously while recording. It’s “unplanned greatness,” as Young Dragon likes to say.

Their song “Tipsy,” currently being played on Atlanta’s The Groove with Tiffani Real show on BSoul Radio, contains a lot of that behind-the-scenes ingenuity. Young Love occasionally incorporates the singing talents of the guys’ two stepbrothers, and both are featured on “Tipsy.” However, when the crew traveled out to a Poconos Airbnb to record without distractions, one of the brothers injured his ankle and couldn’t stand. The guys recall that to complete the track, they devised a special microphone setup so he could sing while lying in bed.

“That was the first time all four of us were together too,” Young Dragon states. “One of our stepbrothers, we hadn’t met him before [that trip], so it was kind of cool.”

Young Love’s artistry comes from using creativity as a vector to channel pain. Both the boys grew up in various conditions of adversity and generational trauma, but funneled their experiences through the lens of music. Listening to songs like “Easy to Love,” “Happily Ever After,” and their latest “I’m 2 Fly, I’m 2 Playa,” there are layers and nuances to their work that belie the casual titles. What they’ve built is an entire narrative within the tracks, a world where former pain is replaced by strength and imagination is the best tool to triumph over any challenge.

The concept speaks to Young Dragon’s goal of establishing generational wealth, by which he means he wants to pioneer a vision of the future where no one has to worry about basic necessities. Each generation should offer opportunities to its youth, the duo agree, and the focus should be on encouraging kids to achieve their dreams rather than surviving daily struggles.

“I feel like a lot of young voices go unheard,” Young Dragon asserts. “There might be a lot of people around our age who are scared to sing or try different things… Whatever they have to bring, I would say try it, because then at least you know you got something out there.”

For Young Cuf, who’s deeply involved in the Black Student Government for Justice organization at Rosemont College, learning about cultural eras throughout history has been a transformative experience. He believes that creating generational wealth is needed, particularly for communities of color, and although he doesn’t expect Young Love to get political in their music anytime soon, he urges people of all ages to use their voices for issues that matter to them.

“Speak up when you can, because your word might be the biggest out there,” he says. “You just don’t know.”

What's Next for Young Love?

Despite the name Young Love, the pair are clearly old souls, and have cultivated an aesthetic to embody that. In performance they dress in smart suits and coordinated looks, a nod to 90s R&B groups and various inspirations such as New Edition and Michael Jackson. They also mention Bruno Mars, Jacob Collier, Mozart (boy geniuses do stick together), and of course their idol Wiz Khalifa. In fact, the guys have their sights set on collaborating with Khalifa and Mars for future projects. #ThatKhalifaYoungLove, anyone?

In the meantime, it looks like Summer 2022 is primed to be the Summer of Young Love. The artists will be performing at several festivals throughout the Tristate area all season, and will make a special appearance on Long Island.

When asked about the upcoming show, Young Dragon and Young Cuf couldn’t reveal too many details, but were thrilled at the possibility of a totally new adventure. Young Dragon also couldn’t resist cracking a joke: “I’ve never been to Long Island. What if it wasn’t long? That’d be crazy.”

Come what may, it’s that brotherly bond that gets Young Love through each day, and what allows them to stand out as artists. “We’re family first,” Young Cuf concludes. “We vibe out and we have our days. All siblings have their moments of disagreement…”

“But,” Young Dragon adds without missing a beat, “it’s funny when we have the moments. We make a joke out of it, like, ‘Hey, I don’t like you, but I’ll see you at the next concert.’”

With such strong familial support, willingness to learn from the past, and creative vision fueling their music, the new generation of artists seems to be in good hands. The kids are all right.

For more information about Young Dragon and Young Cuf, check out the Young Love album on Spotify: https://open.spotify.com/album/3yY5KT3wX7fiT2M5ayFwWx 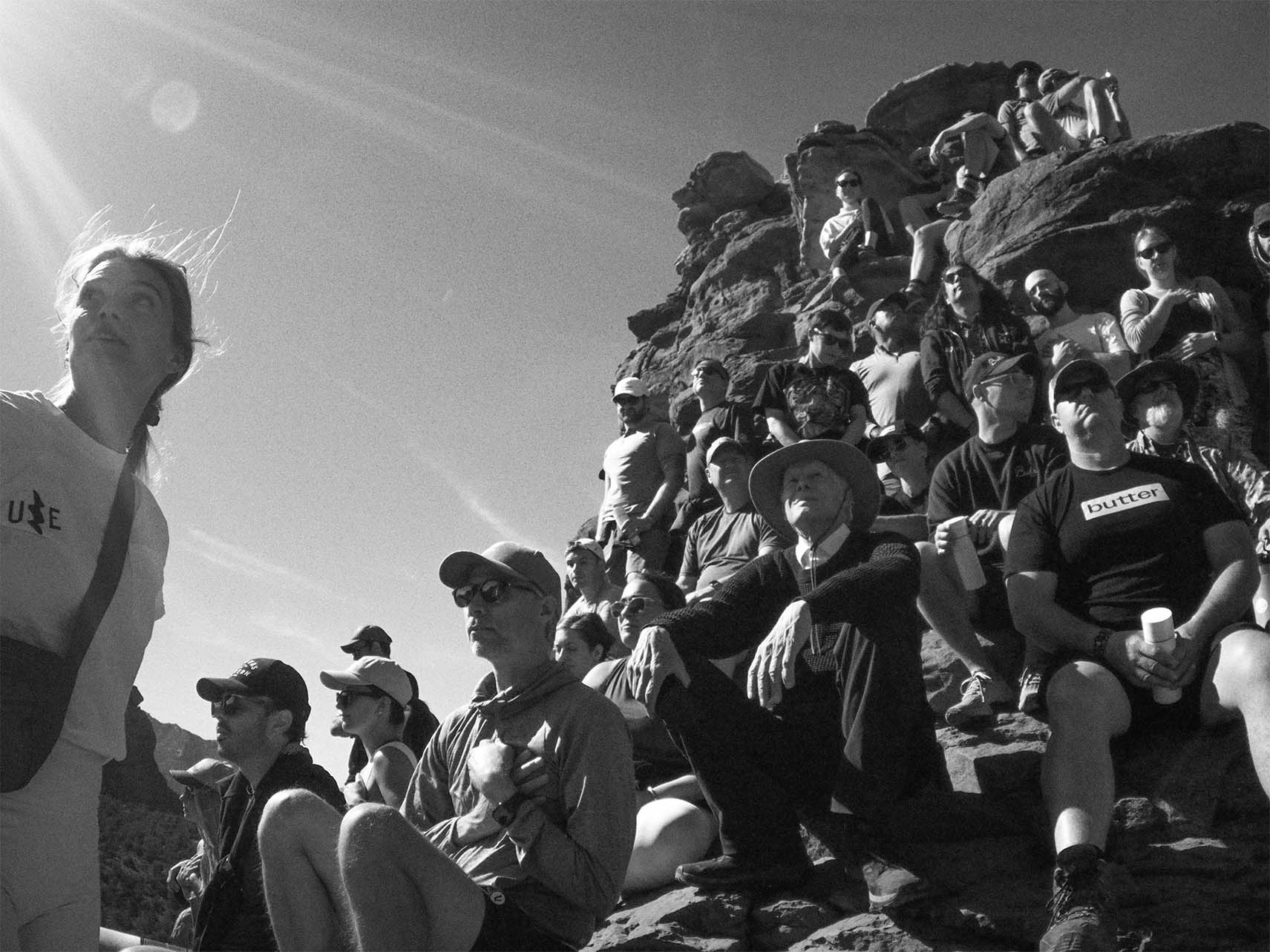 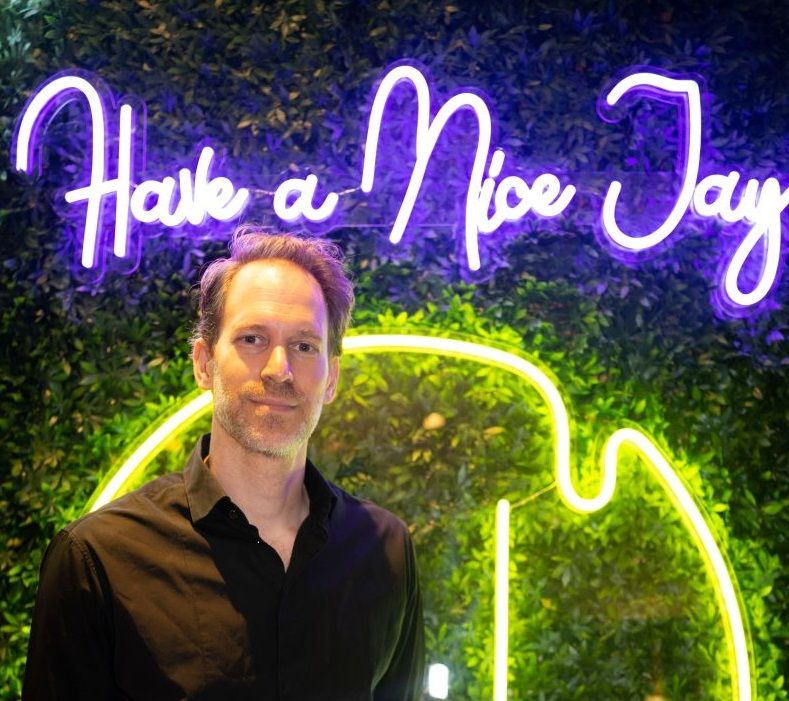