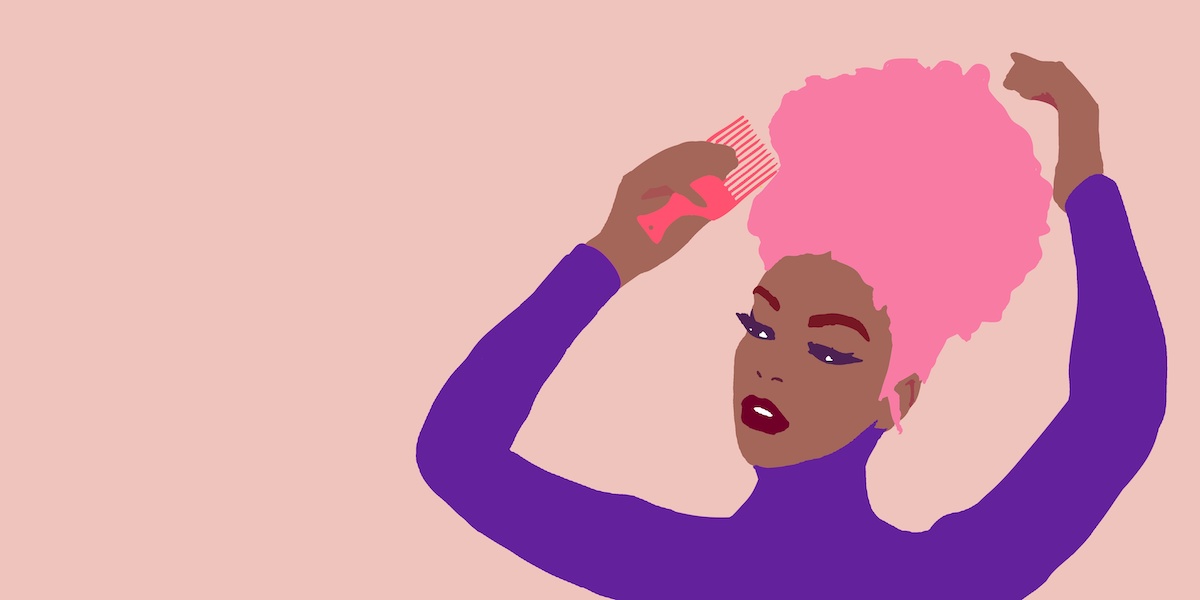 The internet has been obsessed with Tessica Brown, the woman who slicked her hair down with Gorilla Glue Spray and wasn’t able to remove it for over a month. While this faux pas is an unfortunate mishap, it is also linked to a history of defiance and innovation surrounding Black hairdressing and hairstyling.

Where societal beauty standards and consumer markets have fallen short of meeting the needs of the Black community, Black people have improvised. Tessica Brown’s hairstyling blunder is symptomatic of this greater history.

In a now viral video, Brown told the world that she decided to use the Gorilla Glue spray after running out of popular hair freezing spray, “Got2B Glued.” “When I do my hair,” she said, “I like to finish it off with a little Got2B Glued spray, you know, just to keep it in place. Well, I didn’t have any more Got2B Glued spray so I used this: Gorilla Glue spray. Bad, bad, BAD idea.” It really was bad, so naturally the internet became incredibly invested in her story. It couldn’t have been more riveting if the Shonda Rhimes had produced the plot herself.

Any posts about the situation attracted hundreds of comments ranging from  at-home remedies to  suggestions from concerned professionals as well as genuine concern. and derision. Brown’s story has many elements that make a tantalizing hot topic: comedy, shock awe, and tragedy. However,  it’s the nuances of her mistake that attract me to her account.

The truth is, I could have been Tessica Brown. When I was in middle school, there was a rumor going around that soaking your hair in pickle juice helps cleanse your scalp and enables  your hair to  grow better. When I was a freshman in high school, I knew a girl who  learned to lighten her hair with hydrogen peroxide and baking soda. Around the same time,  I discovered the technique of temporarily coloring your lightened hair with kool-aid.

When I went natural almost twelve years ago, my friends and I would sit in our kitchen and create deep conditioners from olive oils, shea butter, and honey. It would be a few more years before enterprising Black women would begin to create products for Black hair and enable me to retire as a kitchen beautician. Although every once in a while, I find myself experimenting with things to slather my hair with again.

I’ve been hearing horror stories like Brown’s since before social media could sensationalize mistakes. I heard in 8th grade that the pickle juice remedy dried a girl’s hair so badly that it fell out. Once, I nearly burned myself trying to lighten my frohawk. I’ve definitely lost hair to kitchen cures that I’ve invented. Still I rise. And braid. And concoct. Because as I’m about to show you, contriving unconventional ways to care for Black hair is not something that we Black girls outgrow, but something we evolve.

Innovation and Defiance: A History of Black Hairdressing and Hairstyling

There is history to my defiance and to Brown’s misjudgment. For Black people, hair always has been a playground. Improvisation is a staple in Blackness and Black hairdressing is not different. Brown’s curiosity and experimentation is both historical and reactionary; while Afro hairstyling creativity can be traced back to ancient times, the ever-changing beauty standards for Black hair ebb and flow faster than the market does. As a result, Black people over the centuries have found themselves held to appearance standards with little to no standardized advice or conveniently packaged products to help them meet these standards.

Black hair culture is about inventing products, tools, and methods until larger corporations catch on and finally serve us, only for us to reimagine Black hair care a few years later. Brown isn’t the first  Black person to do something potentially dangerous for the sake of a look, and she damn sure won’t be the last.

Since before the devastating European colonization African people have been adventurous with their hair, as a quick Google search will reveal. The hairstyles African people have invented have been some of the most creative in the world, from gravity-defying plaits to intricate cornrows to halos of afros to locs that look like lion manes. We’ve covered our hair in ochre and braided it with goat hair and have even bound it with resin.  Before we had Kanekalon we had sinew to weave onto wigs and locs. Before we had manufactured beads we adorned our hair with shells and precious metals and fresh flowers.

We’ve used castor oil and butter and even herbs to keep our hair long and strong, remedies our ancestors arrived at after trial and error. When the slave trade began and many Black people were forced to shave their heads, the creativity didn’t end. Even without the tools or the time, my enslaved ancestors conditioned their hair the best way they could, with grease, lard, and wild herbs.  The creativity of Black hairstyles also bleeds into function; cornrows were even used to escape to freedom. Slaves would cornrows maps onto their scalps and braid seeds and money into them to help them start new lives once they escaped to freedom.

When so-called “morality standards” were forced on Black women in Louisiana, their attention-grabbing and decorated hairstyles became illegal. In 1786 Black women were ordered, instead, to cover their heads as to not entice white men. It was argued that these styles tricked people into thinking Black women were wealthier than they actually were and such “deceit” could not be tolerated. Louisiana responded by enacting the Tignon Laws, which required that particularly Creole women cover their heads with a scarf or handkerchief. The governor, Don Estaban Miró, hoped the new laws would control women who had “who had become too light skinned or who dressed too elegantly, or who competed too freely with white women for status and thus threatened the social order.”

But not even racist, jealous laws can kill style. Black women abided, yes, but by tying their hair with luxurious fabrics fashioned into elaborate knots and even adorned with charms. Even after the Tignon Laws were no longer enforced Black women continued to tie their hair in colorful cloth, a tradition that continues today.

When it became socially  unacceptable to wear our natural textures, once again, Black people once again adapted. Black people with straightened hair were seen as better adjusted and more acceptable than those with kinks and curls. Straight hair became a prerequisite for African Americans to enter certain public spaces.

Enslaved Black women learned to curl their hair around butter knives heated on the stove. When hot combs, popular in France, became available in the United States, Black women found them expensive and largely ineffective since the teeth of these combs were very fine.  Instead, Black women opted to straighten their hair with forks. It wasn’t until Madame C.J. Walker’s redesign of the hot comb that the tool became a staple in Black hairstyling.

Black people who needed a more permanent solution created a dangerous mixture of lye, potato, and egg to attain straighter hair. This makeshift relaxer was known to cause terrible burns to the scalp and face. Garrett Morgan’s Hair Refining Cream, developed from a liquid originally used for lubricating sewing machines, was a welcome surprise to the market. The product, invented in 1909, remained one of the only products on the market of its kind until 1917 when Proline introduced their first lye relaxer.

When my edges thinned because of over-braiding, I learned that I could use mascara to fill in balding spots. I learned to put oils and water in a spray bottle to hydrate my hair. I had been mixing my haircare for nearly two years before larger hair companies, taking their cues from DIYers and independent hair brands, began creating products based on the very ones that we had learned to improvise.

The same can be said of hair braiders, who learned to curl and kink braiding hair and crochet braiding hair long before those products became available ready-made. A similar history is apparent with hair weavers dating all the way to 1951, when Christina Jenkins invented the sew-in, a method of seamlessly weaving extensions into naturally growing hair. Black women who wear wigs have had to improvise as well. Wig caps are primarily available in a medium tan color, usually a starkly different color than the scalp of the wearer. Black hairdressers have learned how to utilize cosmetic foundation to remedy this. Though sprays to tint wig caps different shades of brown are available now; this mainly became available only after Black people have already filled the need.

Even Got2B Glued spray has a place in this history. It was created to freeze hairstyles into place, but wig wearers use it to secure glueless wigs. As far as I know, that isn’t one of the suggested uses on the label of the can, yet we have figured out through trial and error that it works. That’s how it has gone, and how it will continue to go with Black beauty.

Gorilla Glue spray is simply the latest in a long history of Black hairdressers, both pro and otherwise seeing a problem, seeing a potential solution, and essentially learning to “fuck around and find out”. When met with scarcity, the Black response has historically been innovation, which we know can go very wrong or very, very right. Don’t laugh at Tessica Brown. Take notes. While today’s innovative Black woman is a cautionary tale who nearly lost all of her hair, we could be calling the next “Tessica” a genius and running to buy her  innovation while it’s still in stock. 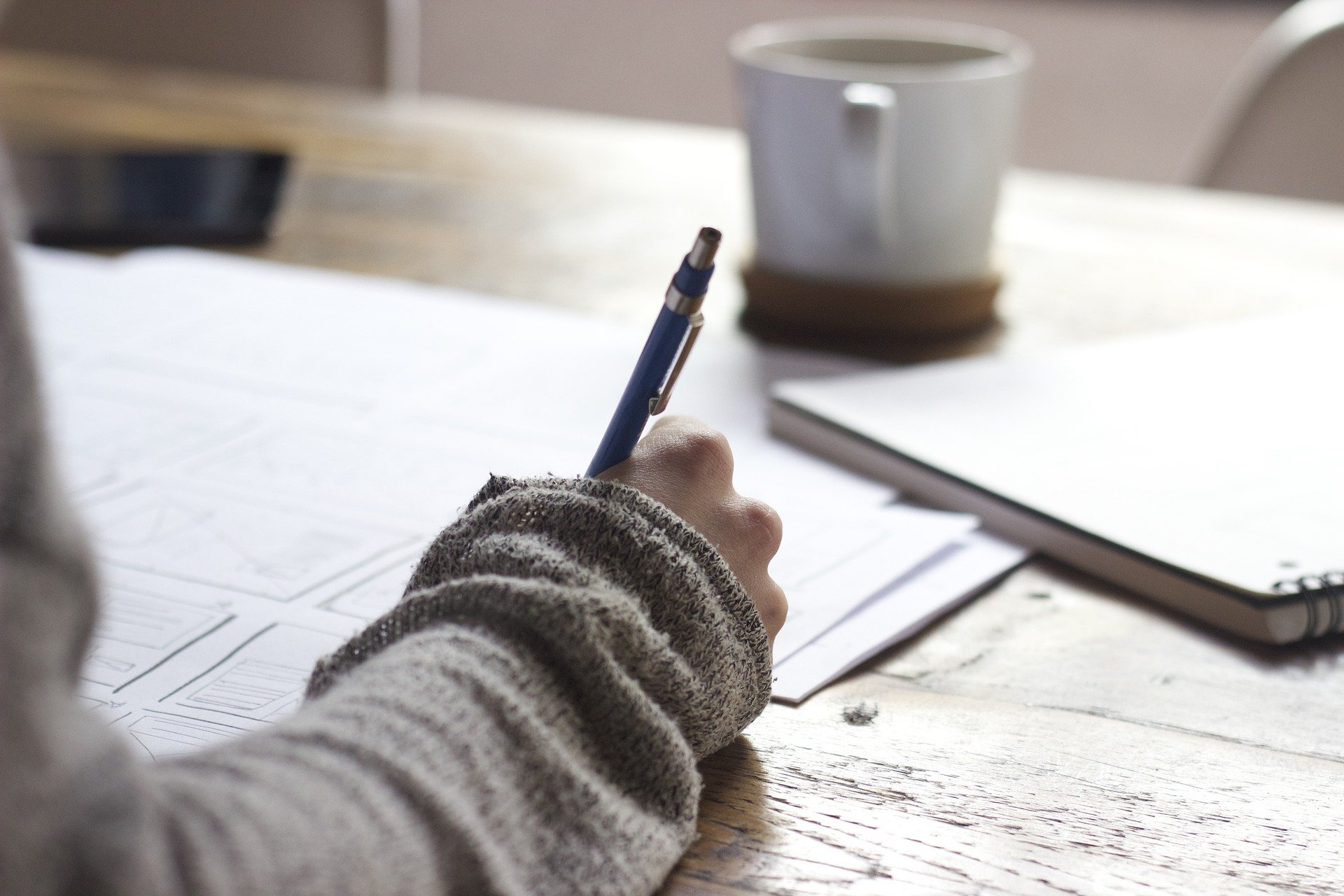 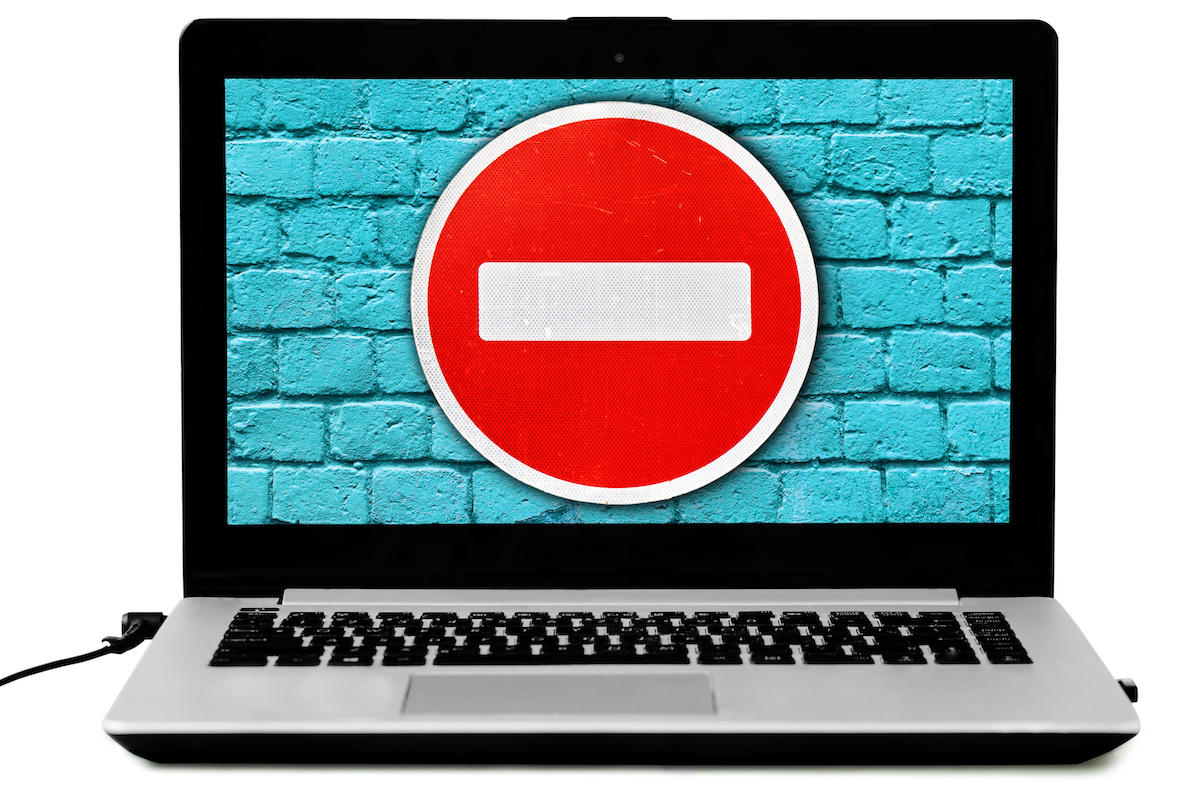