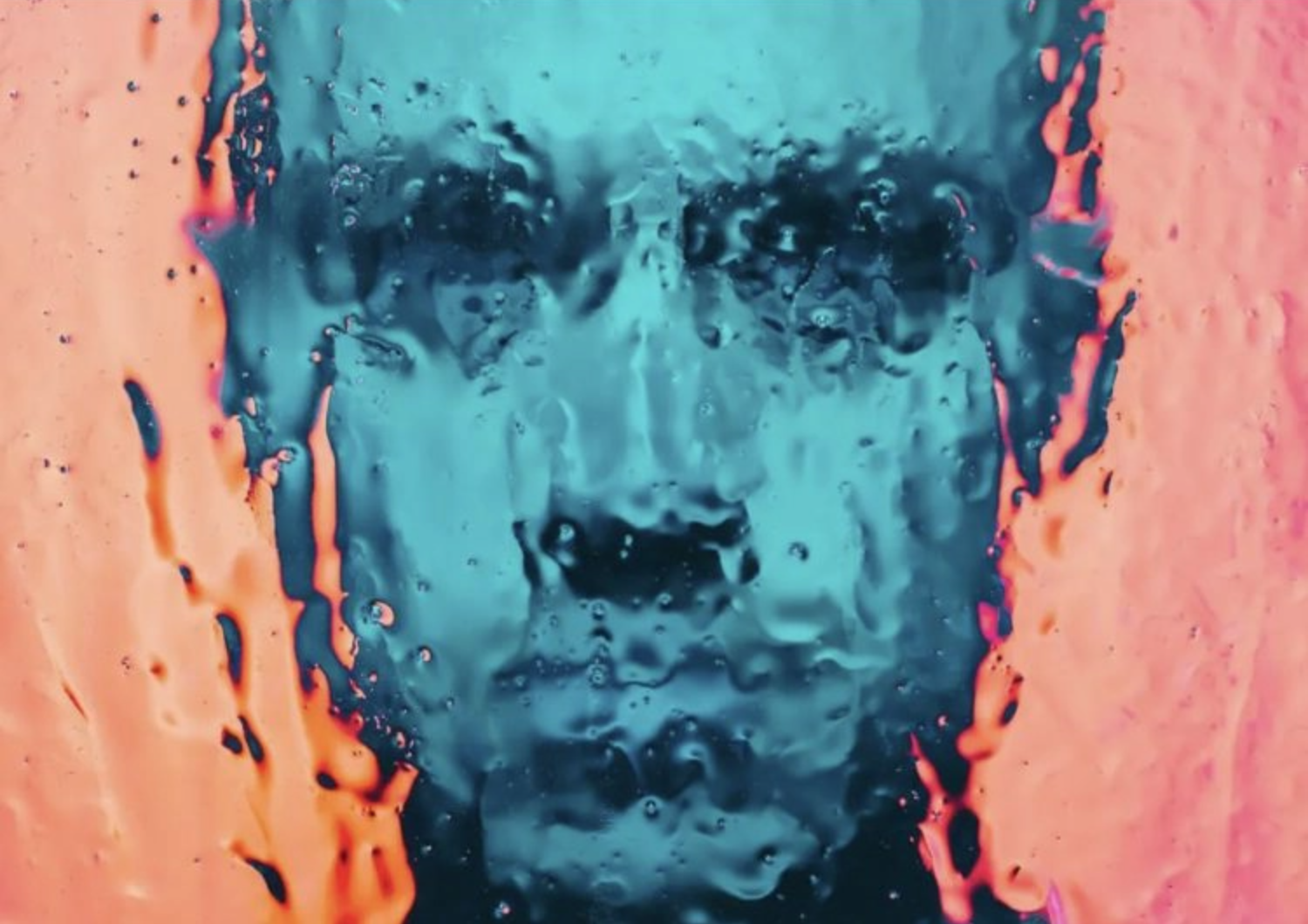 A growing number of companies and researchers are attempting to make psychedelics that don’t cause hallucinations or visions. But will they work as well?

Something about eating LSD just feels magical. It’s staggering how a tasteless shred of paper stimulates so much colorful distortion. How even trace amounts of a molecule—measured in micrograms, as opposed to larger milligrams—can trigger such a disorienting, delightful experience for so long, sometimes 12 hours or more.

But most intriguing of all is how such a tiny amount of the substance can have such immediate and long-lasting impacts on mood, mental health, and possibly even one’s worldview. It raises yet more fundamental questions: Is it the chemical, the experience, or both that inclines this enduring shift in perception?

As the “psychedelic renaissance” evolves into the “psychedelic gold rush” (predictably piggybacking off the cannabis “green rush” of the past five years), venture capitalists and researchers are grappling with these questions. Many see incredible potential for drugs like LSD, psilocybin, MDMA, and ibogaine—not just as medicines, but also as moneymakers. In clinical trials, psychedelics are among the most promising medicines to ever hit psychiatry, which is quickly becomingthe next billion-dollar industry.

Perhaps more than anything else, their profound visionary quality is what makes psychedelics stand out, compared to benzodiazepines or antidepressant drugs like Zoloft. It’s hard to ignore the rabbit hole psychedelics can send you down—so much so that many folks believe these visions are key to their healing power.

“The imagery that emerges may be profoundly beautiful and meaningful with an intensity and obvious relevance to one’s life and values,” says Dr. Bill Richards, a psychologist and early pioneer of psychedelic research in the Sixties. “As it emerges, it also frequently seems to depict a well-choreographed, very wise dramatization of conflict-resolution and the discovery of new insights [and] knowledge. It’s not ‘random,’ but reflects intelligence and wisdom, demonstrating that the psyche within each of us may know ‘how to heal itself.’”

But a growing number of interest groups are aiming to develop psychedelic-like drugs that don’t cause any hallucinations or visions at all. Using chemical wizardry, they are able to remove the trippy, introspective effects, with the idea being to make the experience more manageable or palatable to a wider range of patients.

Just take ibogaine, for example. The potent dissociative is derived from the root bark of the Tabernanthe iboga rainforest shrub scattered across West Africa and can send a person into a “waking dream state” that lasts even longer than LSD. But the effects are much different: visuals are often light, but sometimes users report seeing things like “burning skulls, brightly colored patterns, goblin faces, and figures in black.”

Ritual use of ibogaine as a medication dates back centuries in West Africa, especially in the Bwiti spiritual tradition, which views the voices heard during the experience as central to the initiation rite. Chemist Alexander Shulgin once described ibogaine as a “rough trip, physically as well as mentally.” But many find that the challenge of getting through an ibogaine trip is medicine in and of itself, strong enough in a single dose to halt opioid withdrawal on the spot for many patients who use it to treat addiction.

Last year, Mind Medicine Inc. (Mindmed), a rapidly expanding commercial psychedelic research company, acquired the rights to a drug called 18-MC, an analog of ibogaine, through an acquisition merger with the hopes of using it as treatment for substance use disorders.

18-MC lacks ibogaine’s customary visual and auditory distortions. But many psychonauts and researchers report that it’s the experience itself—visions and all—that helped release them from addiction. So, by that logic, what do we lose when we remove the essence of the psychedelic experience, itself?

In other words, a rat with addiction that is treated with ibogaine doesn’t need the visuals to stop its cravings. So why should humans? Hurst also points to 2-bromo-LSD, an analog of LSD that can treat cluster headaches, but isn’t trippy like acid is. Hurst says these psychedelic-inspired drugs are a new class of medications entirely, what he calls “neurotransformational medicines.” But he says that for some mental illnesses, like extreme PTSD, the visual aspect of psychedelics can still be important.

“We [Mindmed] work across that entire spectrum and nobody else does,” Hurst says. “Nobody has the non-hallucinogenic analogs that we have at the moment and others are so committed to the notion that you have to trip to benefit that they can’t get their minds around doing anything else.”

The U.S. military’s secretive developmental wing DARPA (the Defense Advanced Research Projects Agency), known for spawning the internet, precision weapons, GPS, stealth bombers, and more, is also getting in on the trend of creating non-visionary psychedelic-based meds. In mid-June 2020, the agency awarded $27 million to the University of North Carolina School of Medicine to develop rapid-acting drugs that treat depression, anxiety, and substance use disorders by acting—like psychedelics do—upon the brain’s serotonin receptors.

Only, these psychedelic-acting drugs would be, well, not quite psychedelic—that is, devoid of the signature effects like warping time perception, fiery trails of colors, weird cat faces, or a sea of eyes when you look in the mirror.

“A ‘psychedelic’ drug with no psychedelic effects makes no sense,” says veteran psychedelic researcher Dr. Rick Strassman, who reinvigorated psychedelic research in the Nineties with an FDA-approved study on DMT. “It’s like saying a ‘stimulant’ that doesn’t stimulate is a ‘stimulant.’ It’s conceivable one could develop a drug that activates the same serotonin receptors that mediate the psychedelic drugs’ effects without the corresponding subjective effects, but they could not logically be called ‘psychedelic.’”

Psychedelic literally means “mind-manifesting.” If these aren’t technically “psychedelics” in the truest sense of the word, will they still work as well against ailments that manifest in, well, the mind? Do the benefits of psychedelics stem from a mere molecule-receptor relationship or the introspective interdimensional freefall?

Do the benefits of psychedelics stem from a mere molecule-receptor relationship or the introspective interdimensional freefall?

Psychiatrist and pharmacologist Dr. Bryan Roth, whose lab at UNC was awarded the DARPA grant, may be closest to answering this question. He and his colleagues have been exploring the fundamental actions of psychedelics for several years, and in 2017, were first to present a crystal structure of LSD bound to a serotonin receptor. It illuminated why acid trips likely last so long: A bit of the receptor forms a cellular loop that folds over the LSD molecule like a lid, hugging even tiny amounts of the drug there for hours.

“If I put my psychiatrist hat on, I’ve seen the data and [psilocybin is] the most robust antidepressant effect I’ve ever seen, particularly when you consider it’s a single dose and that it appears to be long lasting,” Roth tells DoubleBlind. “It may be possible to target the receptor in such a way that you’re boosting the signal for the therapeutic effect and diminishing it for the psychedelic effect.”

Roth has already laid much of the groundwork to find such a drug. In September, he and his team published in Cell a scientific first: the crystal structure of LSD bound to a serotonin receptor, revealing more of the downstream effects of taking psychedelics, which could lead to more targeted therapeutics. Solving this structure has been Roth’s life work. “This is the structure I’ve wanted my entire life,” he says. “The idea is once we have this structure now we can begin to actually get into the details of what the hell is going on with these drugs.”

But, as Roth knows, it’s not just the drug doing the work. An article published this past February in Frontiers in Psychiatry concluded that the therapeutic mechanisms of psychedelics are a mix of how the chemicals work in the brain, but also the setting and context in which they’re given i.e. in therapy, less so at Burning Man.

But the report also noted that ego dissolution, a common effect of “heroic” doses, can be a key part of breakthrough clinical outcomes, especially over the long term. Feeling the ego dissolve—or entering “oceanic boundlessness” or other mystical-type experiences—can help people look internally at really stubborn trauma or the root of their mental health afflictions.

“The sheer beauty of some alternative states of consciousness is remarkable,” says Dr. Bill Richards. “People often return from [psychedelic] sessions awestruck and profoundly respectful of their own minds. New drugs without psychoactive, visionary properties may be found to be helpful for some persons, but they strike me as walking blindfolded through a magnificent art museum. Why would one not want to see the art?”

“New drugs without psychoactive, visionary properties may be found to be helpful for some persons, but they strike me as walking blindfolded through a magnificent art museum. Why would one not want to see the art?”

The question straddles the divide between using psychedelics as a medication, versus using them as a tool for spiritual growth or self-improvement. Strictly on the medical side, perhaps a non-psychedelic psychedelic would help people who are prone to psychosis, schizophrenia, or otherwise shouldn’t be casually tripping to begin with. But while this debate has been brewing in the psychedelic community for many years, “it’s a debate that people have for which we have no data,” Roth says. “We don’t have the compounds to really test the hypothesis that the psychedelic experience is integral to the therapeutic activity.”

Now, he’s actively searching for a clue using a structure-guided screening process to investigate the mystery of how, exactly, psychedelics effect change. Once he finds these hypothetical drugs, the next step will be to test them in animals for an antidepressant effect, then humans.

Roth says taking these drugs would feel akin to “microdosing,” a trend of taking small, sub-psychedelic doses of LSD or shrooms. But due to lack of research, the evidence to support its role in treating depression or anxiety is not much more than anecdotal at this point.

“Lower doses, without the psychedelic experience, are beneficial too,” Dutch psychedelic researcher Kim Kuypers wrote in an August 2020 review of 14 LSD microdosing studies. But, she added, because the data rests on “small samples of mostly healthy, young volunteers, it is too early to draw conclusions about its therapeutic efficacy.”

In other words, we need a lot more research, but there may actually be some promising results. And thanks to Roth, we’re closer than ever to answering the question of how crucial visions really are to psychedelic psychotherapy. “We may fail,” Roth says, or “we may just end up with better psychedelics.”

None of this is to say that psychedelic visuals, hallucinations, or whatever don’t hold some value. “There’s no question,” says Roth, “that the experience has a huge amount of salience.” 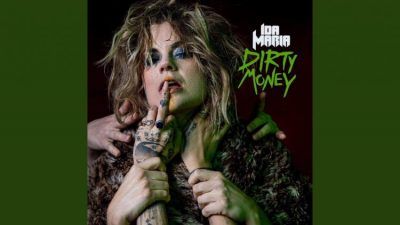 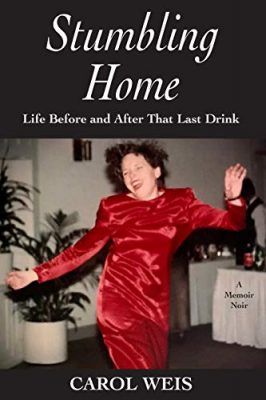