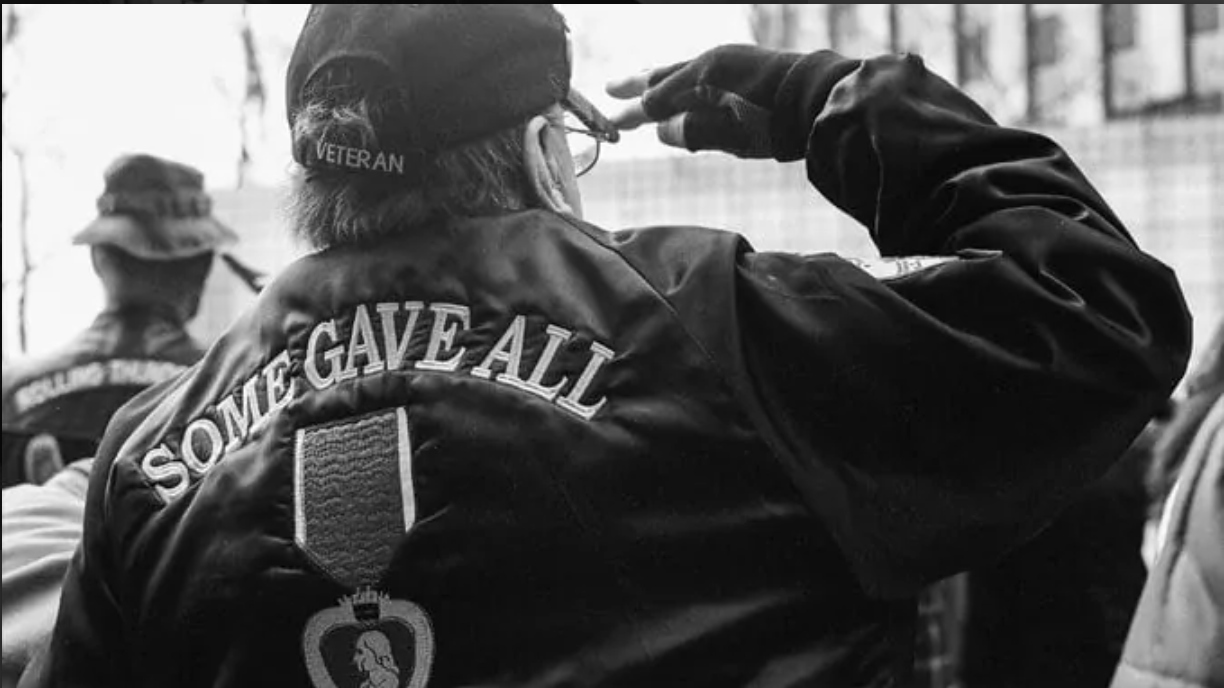 Veterans Day looms large in the hearts and minds of many Americans – it is a day to honor all of those who have served the country in war and peacetime alike, and to thank living veterans for their sacrifices. Begun as “Armistice Day,” to celebrate the treaty ending World War I signed on November 11, 1918, the holiday has evolved into an annual observance that reminds us of who fights for this nation, what we can learn from their experiences, and why they continue to put their lives on the line for us. The stories of our servicemen and women and their families have been integral to Honeysuckle’s reporting since our publication’s birth, ranging from topics such as LGBTQ communities in the military to coping with PTSD, to the struggles of military spouses, to art and business endeavors dedicated to American warriors. As we pay tribute to our veterans this year, we remember some of our most poignant tale s chronicling these hometown heroes. 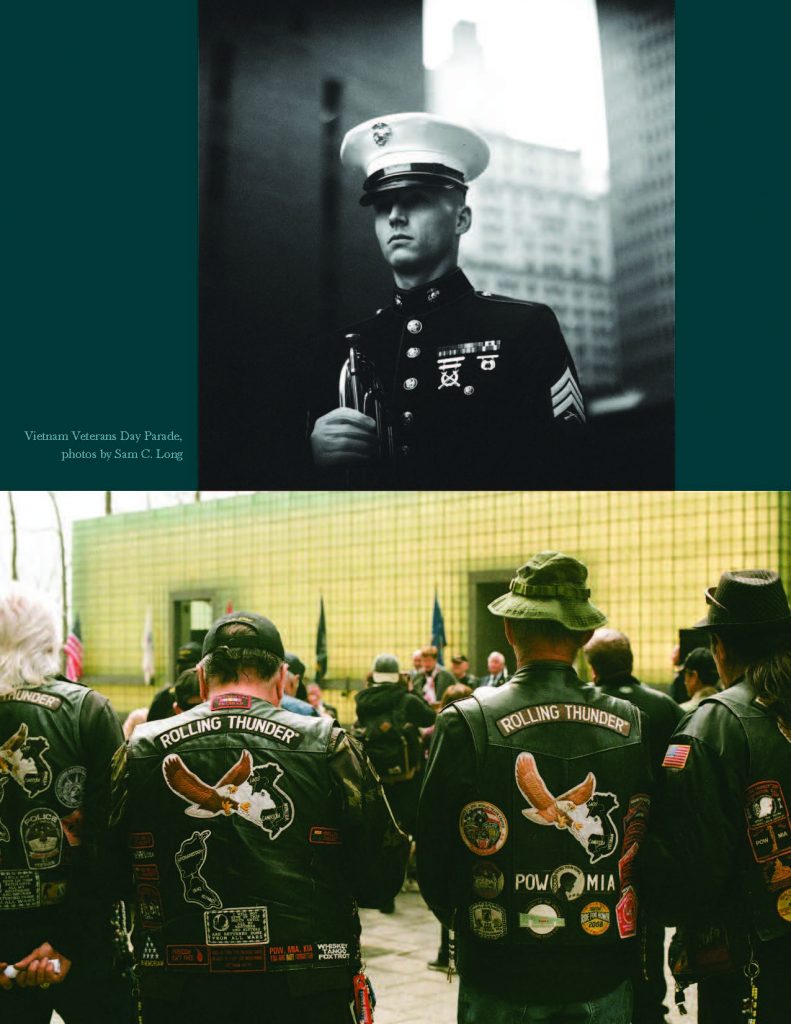 “Veterans Day: Remembering World War I on Its 100th Anniversary”

Returning Veterans Day to its roots, actor and writer Douglas Taurel bridges time and space in a photo essay that commemorates the holiday’s 100th anniversary. In period World War I costume, he reenacts the story of a soldier in transit between the battlefield and the home front, splendidly photographed by Helene McGuire onsite at the Hoboken train station. Taurel, the award-winning creator of The American Soldier, a solo show that tells the experience of American military personnel using diaries and letters from the Revolutionary War to the Second Iraq War, tenderly explains what this momentous occasion for Veterans Day means to him and his community.

“Healing Veterans Holistically on the Farm of Dreams: The Road to Ananda”

Sarah Stenuf, a former United States Army Apache helicopter mechanic, has become internationally renowned in the cannabis industry as an educator who speaks openly about what holistic treatments have done for her battle with PTSD. Now Stenuf seeks to give fellow veterans the full experience that she’s received and more with Veteran’s Ananda, her farm in upstate New York which serves as a rehabilitation program and counseling center. Through the Ananda nonprofit, veterans and their families can learn how to grow hemp and other crops, heal through physical activity and counseling, and educate themselves about the medical benefits of cannabis and hemp. Check out the article and veteransananda.org to learn more.

“Military Sexual Trauma Is So Common It Has an Acronym (MST)”

Following a screening of the documentary Thank You for Your Service, which highlights the disparate forms of trauma that soldiers may encounter while in combat, Honeysuckle landed an exclusive interview with Sergeant Stephanie J. Shannon. Shannon is a veteran of Desert Storm, Operation Desert Shield, and the Persian Gulf War. After suffering multiple PTSD-related illnesses that left her disabled, she founded Michigan Women Veterans Empowerment in response, a faith-based nonprofit that empowers women veterans and their families. Shannon spoke to Team Honeysuckle on video about epidemics in the military, the dangers of unreported assaults in the armed forces, her work on recovering from PTSD, and her bestselling memoir Battling the Storm Within, which explains more about the Gulf War Illness among veterans of those wars.

When two veterans involved in the hemp industry meet to talk healing, it’s bound to have powerful results. Steve Danyluk is the founder of Warfighter Hemp, a CBD company for veterans, staffed by veterans, and donating portions of its proceeds to help veterans access resources for PTSD and combat-related traumas. He chats with Tanganyika, a veteran and expert cannabis consultant and educator, about how the company came to be, why plant-based medicine is more beneficial than pills, and how consumers can continue helping servicemen and women in their daily lives.

There are plenty of opportunities for veterans in the growing cannabis industry, and not all of them involve manufacturing CBD! Go inside the California-based HARDCAR, which hires veterans to manage security and transportation for cannabis clients, addressing the huge issue of unemployed veterans returning home after honorable discharges without any career direction. Aaron Augustis, a former Army Sergeant and Combat Engineer turned Veterans Liaison for HARDCAR, weighs in on the benefits of treating PTSD with cannabis and educating yourself by working in the industry. Augustis is also the founder of the advocacy organization Veterans Cannabis Group, which makes resources for PTSD treatment accessible to a wider community of veterans nationwide.

“Humanity in No Man’s Land: A Veterans Day Journey”

Fittingly, we return once again to Douglas Taurel and The American Soldier to close out our top picks. To kick off the Library of Congress’s centennial celebration of Veterans Day, Taurel not only performed his signature solo show, but he also debuted a new play dedicated to the legacy of World War I soldiers, An American Soldier’s Journey Home: The Diary of Irving Greenwald. Crafted from the excerpted diaries of Irving Greenwald, a young Jewish man serving in the Army during the 1917 attack in France’s Argonne Forest, the show is a powerful tale of love, endurance and faith. Taurel opens up about how researching Irving and the experiences of World War I draftees impacted his own views on history and religion, and what he hopes people can learn from listening to the story. We must never forget that in an era of essential workers, our most needed are sometimes our most misunderstood. Veterans everywhere, we honor and support you.

“I am a fighter and a survivor and I’m telling my story to empower other women to find their strength, their voice and their footing.” 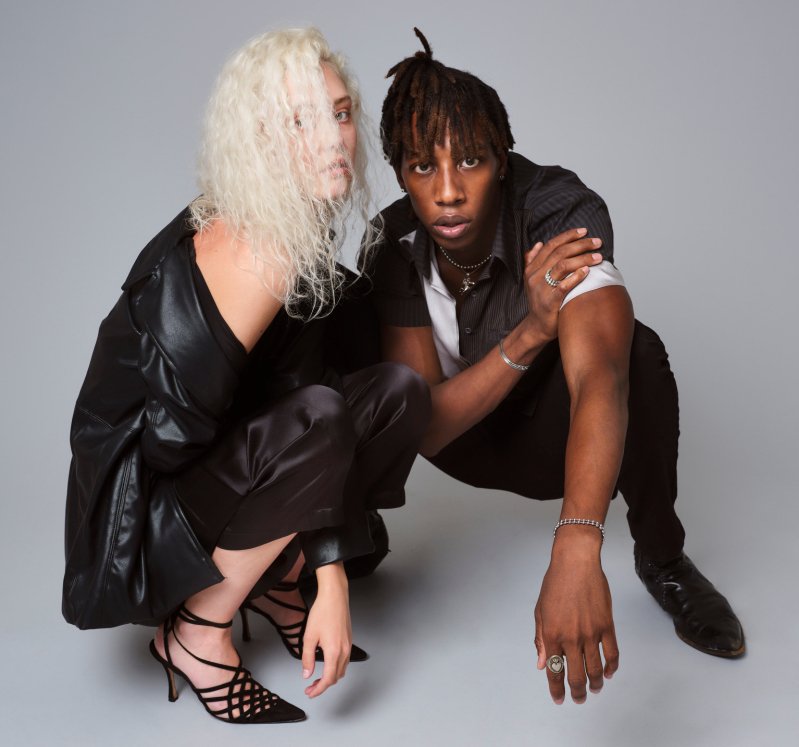 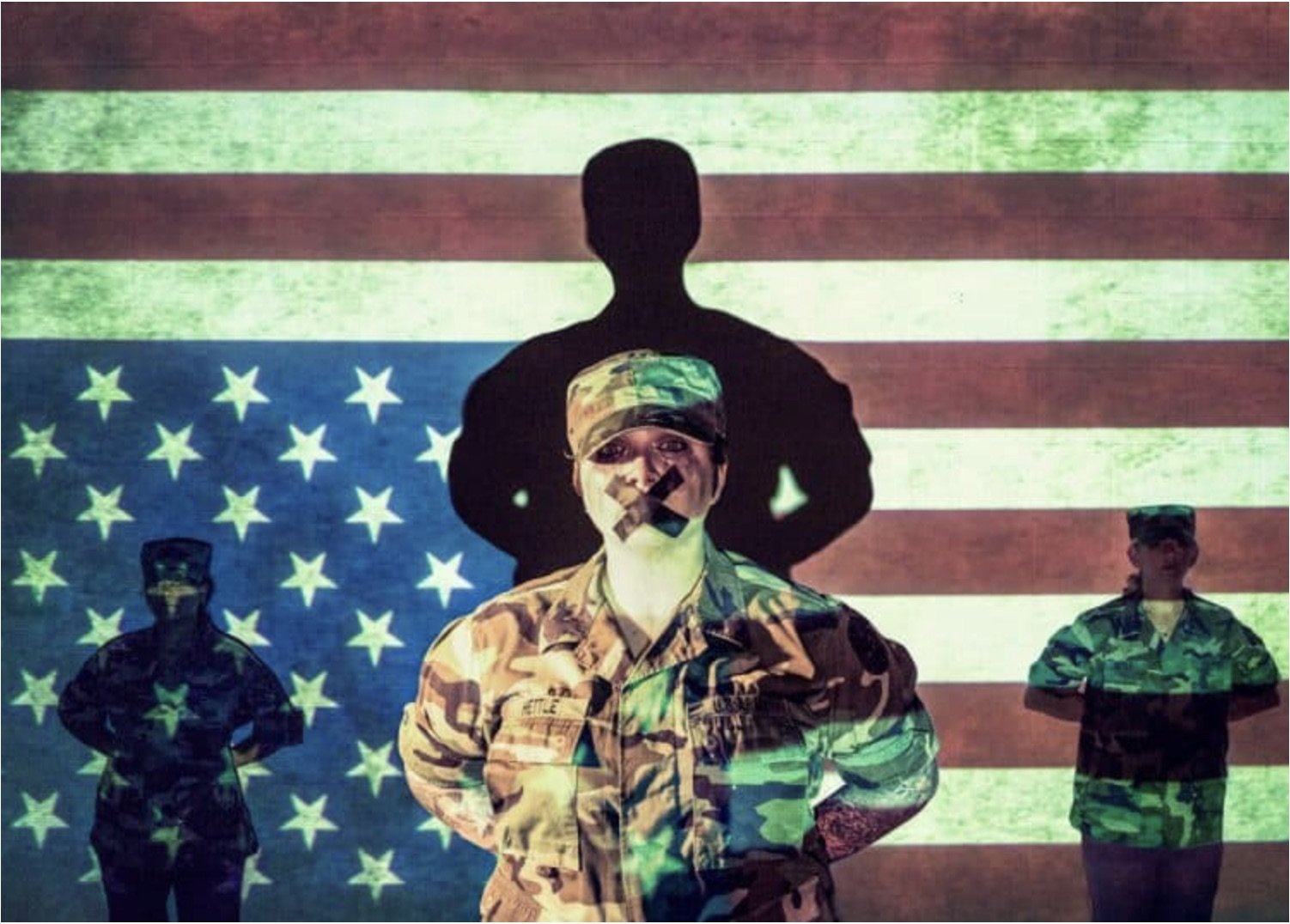