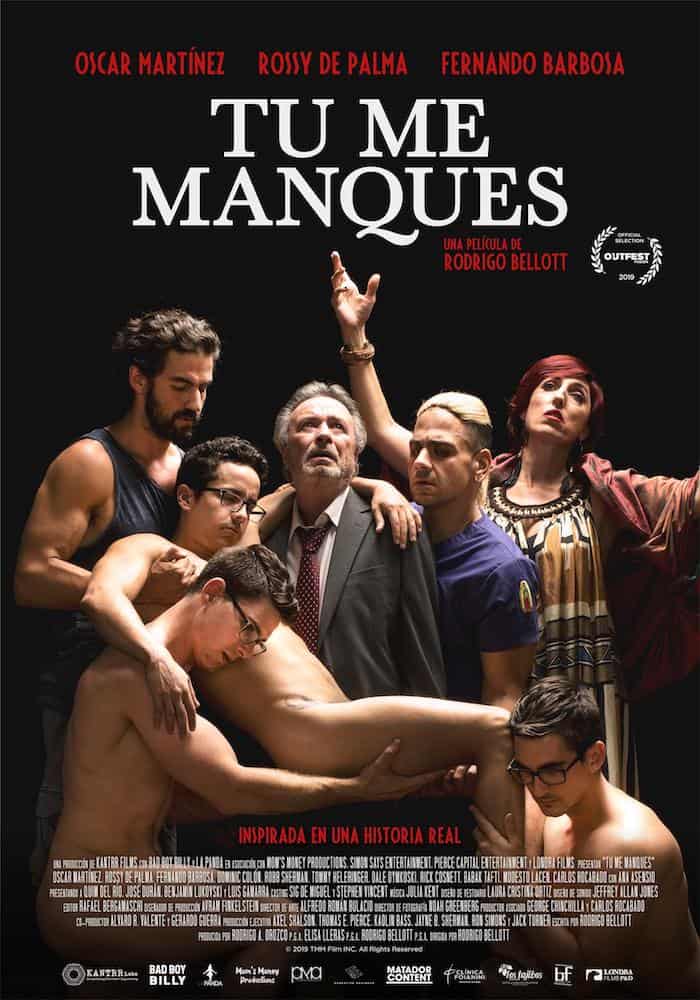 Tu Me Manques illuminates the gap between what is going on in Latin America and the U.S.

In a politically bold and risque move, writer and director  Rodrigo Bellott has dissected his own personal experience to create a radically brutal yet authentic rendition of the prejudice faced by the LGBTQ community in Bolivia, through his film Tu Me Manques, which premiered at the closing night of NewFest, Ney York City’s LGBTQ film festival, on the 29th of October 2019. The film has received national and international acclaim. In a somewhat radical move, Bolivia has nominated Tu Me Manques as its official Oscar submission for Best International Feature Film. The film has also received the Grand Jury Prize for Best Screenplay at L.A.’s Outfest.

The film opens with Jorge, Gabriel’s father in Bolivia, who is coming to terms with the death of his son Gabriel. Gabriel has committed suicide due to the lack of acceptance from his family regarding his sexuality. In order to understand the circumstances surrounding his death, Jorge travels to New York and initiates contact with Gabriel’s former partner, Sebastian. The film flashbacks into moments of beautiful tenderness between Gabriel and Sebastian, Gabriel’s descent into darkness in the face of rejection from his family as well as Jorge’s quest to understand his son’s death and his struggles to embrace his son’s sexuality and the gay community.

The film is highly successful in terms of its ability to interweave moments of conflict, anger, and stark depression with moments of transcendental humor and insight. The dynamic between Jorge and Sebastian is also skillfully constructed as the initial, bubbling resentment between the two gives way to a grief-stricken friendship, a key step towards Jorge’s acceptance of his late son’s life and sexuality.

The film is based on a play of the same name, also originally created by Bellott. Both the play and the film are closely based on Bellott’s own life experiences, especially his partner, who, in the face of prejudice from his own family and the wider community in Bolivia, committed suicide. The play began a quasi-revolution in Bolivia, prompting the queer community to speak out regarding the high rates of depression and suicide in the LGBTQ community, often fueled by condemnation from their own families.

Speaking at the premiere, Bellot said, “I came here when I was 17 years old with a big secret that I thought would cost me losing my family, my country and everything that I cherished. It was this city where I found out that it is a superpower to be gay. It is in this city where I found a community…This is a full circle of 20 years of struggle. I fell in love here several times but also I lost love here, and I lost my best friend from New York in the same year that I lost my lover. In those few years, I lost over five friends to suicide in Bolivia.”

According to a report published by the Human Rights Campaign Foundation, LGBTQ young people are more than twice as likely to feel suicidal, and over four times as likely to attempt suicide, compared to heterosexual youth. A third of transgender youth have seriously considered suicide, and one in five has made a suicide attempt. Suicide is an epidemic in the LGBTQ community, especially if there is rejection or prejudice from close friends and family members.

In Latin America, cultural conservatism, homophobia and violence against the queer community remain pervasive. At the premiere, Bellot further emphasized, “I remember a specific moment [during] Gay Pride in 2015, and Obama had just said you can marry whoever you want. That was the same year I lost the two people I loved the most. I did show up; I did go to gay pride and celebrate while my heart was split open. That was when I realized I had to tell my story because there is a big gap between what is going on in Latin America and the U.S.”

In 2017, The Bolivian Ombudsman’s Office reported that over the past decade, 64 members of the LGBTI community were murdered in Bolivia, leading only to 14 investigations and no convictions. While the statistics remain dire, there are a few indications of change. In 2016, Bolivia passed a bill allowing people to change the gender on their identification documents without judicial approval. However, same-sex couples still cannot be legally married in Bolivia, and discrimination remains rampant.

For me, the most heartbreaking moment in the film is when Gabriel comes out to his sister, to which she responds with tenuous compassion, promising to keep his secret. The fact that this is the last meeting before Gabriel’s suicide is telling. Jorge is later filmed in New York holding a badge that proclaims, ‘Silence = Death.’ Faced with families who do not want to accept the identities of their LGBTQ family members forces the creation of a double life. A life lived in secrecy is no easy feat in the age of social media and often has devastating psychological consequences. Another touching scene is when multiple people dressed as Gabriel fall to the floor, symbolically representative of the ripple effect that suicide and mental illness can create within a society, especially within a marginalized community.

While Tu Me Manques employs bold drama and pathos to capture the pain of loss, its authenticity prevents it from tipping over into the maudlin. This is a story heavily steeped in reality, in terms of the grief surrounding death perpetuated by shame and social stigma. Bellot’s success can be attributed to his conviction to tell his story, not only as a deeply personal reflection on grief, but as a moment of catharsis for the entire LGBTQ community, especially as a landmark moment of truth-telling regarding the conditions surrounding this issue in Bolivia. With the arrival of this film and the play that preceded it, for Bolivia especially, it would seem that the silence has finally been broken.

VOTING WHILE BLACK: Color of Change Takes Communities from Presence to Power 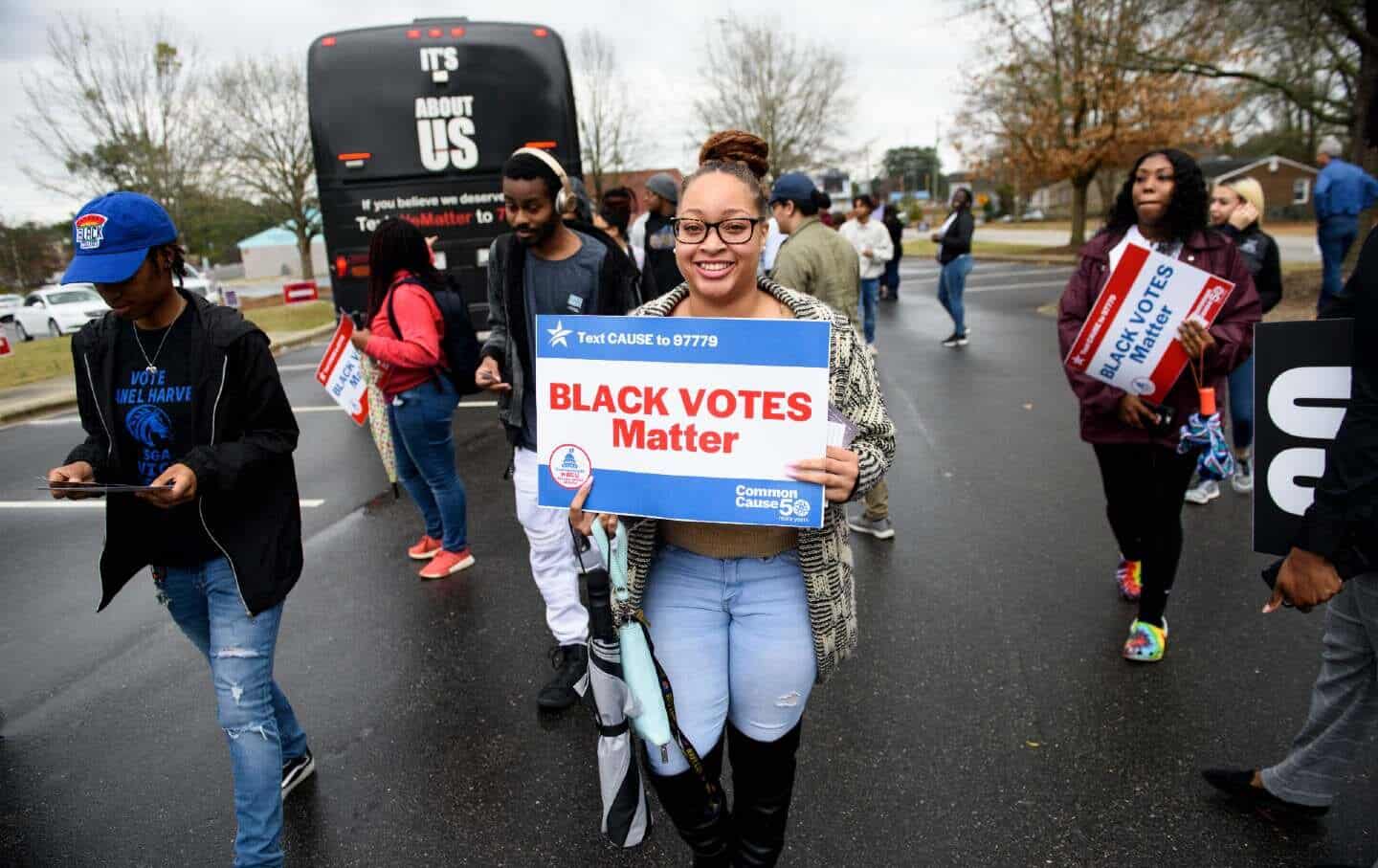