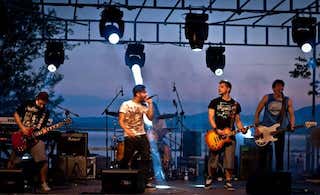 Trash’N’Clean is a young Italian band, reincarnating the style of pop punk band Blink-182.Similar to Blink’s 90’s style, complete with pop melodies, catchy lyrics and guitar riff, it’s hard not to catch the excitement of the sound.

With a name that sounds like actions possibly happening at a hotel room while on tour (wink wink), Trash’N’Clean is a young Italian band, reincarnating the style of pop punk band Blink-182.Similar to Blink’s 90’s style, complete with pop melodies, catchy lyrics and guitar riff, it’s hard not to catch the excitement of the sound. Feeling this energy will easily translate to lots of radio play in good time. I got to chat with the guys to learn more.Honeysuckle: Tell me about the five members of the band. What are your roles in the group?Our Lead singer Fabio. He has a heart of the band and best kebab seller in the city.Mark plays rhythm guitar and is our social media monster.Danny plays lead guitar and is the true musical character of the band. Most of Trash’N’Clean songs come from his riff drafts. He is also a nutter and a heavy drinker. Everyone finds him funny when he drinks because he is rude… but truth is that he actually doesn’t like anyone after he has had a couple of pints.Marchino, the bassist and backup vocalist is also the manager and sound technician of the band. In other words, ALL problems are HIS problems. This guy really isn’t fun at all, so not worth speaking of this dude. Guess who is answering these interview questions?Mario – Drummer: professional drums rapist. He is famous for breaking cymbals and making snaredrum skins explode during concerts. His nickname is “The Horseman” and he likes habaneros very much.H: What artists have influenced your sound and helped make your mark?This is an awesome question. All of us grew up listening to bands like The Ataris, NOFX, Rancid and Blink 182.  Our drummer comes from the crossover world (Limp Bizkit, Papa Roach, Rage Against the Machine), and this is definitely something particular that brings a bit of groove in some of our songs. Other influences have been bands like Avenged Sevenfold or Pantera, and we have some harmonized guitar parts in our tracks that remind some of these bands.Fabio’s voice is harsh for pop, but too melodic for hardcore or metal, which we think is a great hook to use more in our songs.Overall, our background and personal characteristics make us a band that likes pop and linear songwriting. At the same time we love rough sounds and a bit of bite, which means that we could never be a pop rock band. Right now we are finding ourselves in the position where no one is actually able to label us and put ourselves into a specific “family” of punk rock or pop punk music. However… we think this is a strength. It just takes time to become such.H: Tell us about your artistic process. How did you come up with the name, ‘TrashN’Clean?’Our artistic process is fairly straightforward. Songs are brought to life after working hard on drafts or after working around a vocal melody that we particularly like. We all contribute to this phase because we find it very important to put all of our individual influences in each instrumental part. We are learning the importance of this in the latest songs we are writing and we are paying attention to every single tiny little detail.The name of the band… can we skip this question? Haha.

I’ll be honest, there is an Italian tissue and nappies brand called Fresh&Clean. We liked the idea of distorting their name because it’s stupid as shit… also no one really knows them outside of Italy, which is the market we are aiming for so… why not?H: Is it a challenge to work so closely with long time friends? How do you resolve your differences?It has its pros and cons as everything, man. Sometimes it is hard to speak clearly because you never want to offend the other. But I think we have our internal balance and it works for us. We always have the greatest time when we are together no matter what!How do we resolve artistic differences? We simply don’t resolve them and spend time making fun of each other.H: When you write lyrics, is it a way for you to express who you are as a person, or more of a character portrayal, how do you choose the material?I think it’s more personal than anything else.We usually write the initial lyrics individually and then work together to make them right.The topic of each song  depends on the writing process. But most of the times we start from the music… then ask ourselves “what is this music telling me?”. Depending on how we feel about the song without words, we then chose a topic and finalize the process by adding the words.H: How has your sound evolved over time? How do you envision your music changing in the future?This is a hard one. The sound you can find in our EPs is pretty much early 2000s punk rock. It is what came natural to us at the time so we are still happy with it. However, we are feeling the need to evolve and characterize the timbre of the project overall. We don’t like the fact that our music can be so easily categorized as something already heard.It is hard to predict the way it will change… but it will. And it won’t turn into something different, simply it will have a sound that will be immediately recognizable as the Trash’n’Clean sound. Or at least we’ll work super hard to obtain this (yes, we know it is really hard).H: How do you enjoy your downtime?Downtime? What’s that?… (Laughs)we all like to spend time outdoors but it is very rare that we do so. We are all quite sporty apart from Fabio who prefers smoking over anything else. You can probably tell from the tone of his voice. H: Is there a tour or festival on the horizon? Tell us more about what’s ahead for your fans.Ooh… secrets. We are writing a new EP, which we will record in October. After that, we plan on touring yeah. But we don’t want to say too much about it right now. Things are yet to be decided because the priority is the new music at the moment. One thing is sure though… things are about to get serious. 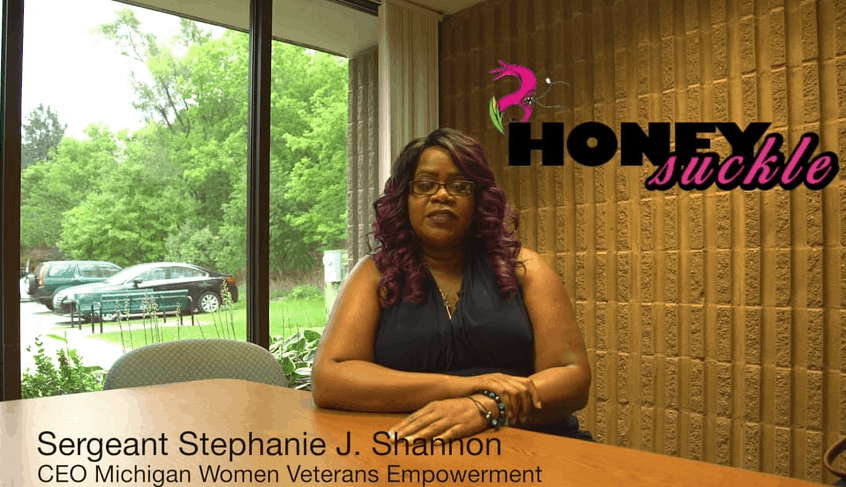