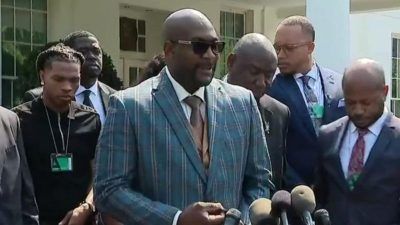 After George Floyd's death at the hands of police, the government pledged to do more to protect Black Americans. But is the Biden administration actually living up to the public's expectations?.

One year ago, George Floyd’s murder triggered unprecedented protests across the globe, calling for police reform with the goal of protecting Black lives. On the anniversary of Floyd’s death, as civil rights advocates relived their collective grief, President Joe Biden and Vice President Kamala Harris addressed the Floyd family personally. Together, the Floyd family and the Biden administration discussed how far the United States has come since Floyd’s death and how far it must go to relieve Black Americans of daily fear.

Biden first traveled to meet the Floyd family in June of 2020 for Floyd’s funeral, where he spoke with them privately before offering a recorded speech for the service. In his remarks, Biden urged Americans to see Floyd’s death as a wake-up call and emphasized the importance of addressing systemic racism.

Since Floyd’s funeral, Biden has kept in touch with the family on occasion throughout the year, including after the conviction of Floyd’s murderer Derek Chauvin on counts of second-degree unintentional murder, third-degree murder and second-degree manslaughter. Upon his conviction, Chauvin faces up to forty years in prison based on upward sentencing departure, bypassing Minnesota’s law dictating that convicted criminals be sentenced depending on their most serious charge. Chauvin’s sentencing is scheduled for June 25. Biden had called the Floyd family, referring to Chauvin’s verdict as “justice.”

On May 25, 2021, eight Floyd family members were invited to the White House, including Floyd’s daughter, siblings and nephew. Biden spent more than an hour with the family and spoke little of their time together, stating that it was primarily a personal visit.

At the gathering, Floyd’s family announced they will be donating $500,000 of their $27 million settlement from the city of Minneapolis toward building the George Floyd Community Benevolence Fund. This fund will offer grants to organizations and businesses serving the community of East 38th Street and Chicago Avenue of Minneapolis, the intersection where Floyd was killed.

The question remains whether or not the Biden administration is working toward protecting people of color. In the year since Floyd’s death, America has witnessed hardship that it has grown familiar with. According to Al Jazeera, at least 1,068 people have been killed by police since Floyd’s murder. And according to Statista, 1,098 people were killed by police in 2019. Biden and Harris’s track records have stirred anxiety among the public regarding just how much the administration is willing to do for Black lives.

A notorious moderate, Biden has never had the reputation as a progressive politician. Biden authored the 1994 crime bill which contributed to mass incarceration and aggressive policing. Additionally, he was in charge of the Anita Hill hearing regarding Supreme Court nominee Clarence Thomas’s sexual misconduct, for which Biden later had to apologize for his unfair and graphic questioning of Hill. Additionally, Hill has recently stated her discomfort with sexual misconduct accusations against Biden.

Biden claims that the racial tensions in his hometown of Wilmington, Delaware were essential in shaping his political identity, or core values regarding human rights; but it is difficult to forget his time as a senator and his approach to crime. Some claim that Biden’s involvement in the 1994 crime bill and the Anita Hill trial are so distant that they are pretty much irrelevant. However, Biden traveled to a police officer’s funeral in 2014, where he claimed that police were being targeted due to their profession.

Supporters of Biden’s right-hand woman claim that Harris’s identity as a Black, Asian-American woman places her firmly as a progressive politician. However, her ties to controversy are thick and lie close to law enforcement, supported by her recent directive that asylum seekers with hopes of coming to the U.S.-Mexico border “don’t come.”

Kamala “Top Cop” Harris earned her problematic reputation as a prosecutor. Harris’s lazy police reform efforts included unenforced, optional body camera regulations and a meager extra eight hours of training for which a little over ninety officers from thirty agencies, at which more than 34,000 officers are employed, applied. Further, Harris has had an unreliable stance on cannabis in the past. In 2010, she supported only the legal use of medical marijuana, and it wasn’t until 2018 that she co-signed the Marijuana Justice Act, stating that too many people have been wrongfully imprisoned due to cannabis charges. Harris is also responsible for passing a law making it a criminal misdemeanor for parents to allow their children to miss more than ten percent of school days without an excuse. Parents who disobeyed this law for various reasons would be fined up to $2,000 or face up to one year in jail.

Harris’s lack of support for prison reform went so far as refusing to release nonviolent, second-strike inmates who served half their sentences, even though their release would mean the depopulation of prisons and correlated avoidance of starvation, inhumane treatment and death. Harris’s lawyers claimed in court that this depopulation would be impossible as it would reduce the prison labor pool.

Nevertheless, during his 2020 campaign and presidency to date, Biden has taken a progressive approach to crime and law enforcement. After Chauvin’s conviction, he claimed that Chauvin’s verdict is not enough to bring justice to the victims of police brutality and their families. Harris has also acknowledged that every American citizen must address the fact that Black Americans are treated as “less than human.”

In an effort to reduce police violence, Biden’s administration is reversing a moratorium put into place by the Trump administration that almost eliminated consent decrees, or court-binding agreements that resolve conflict between two parties without admission of guilt. The Department of Justice (DOJ) has levied criminal charges against the three men responsible for Ahmaud Arbery’s death. Kristen Clarke, a woman of color, was appointed as the Justice Department’s Civil Rights Division head and supports reallocating law enforcement funds. Biden has stated on Twitter that he’d like to sign into law a “landmark police reform bill.”

Said bill might very well be the George Floyd Justice in Policing Act, introduced by the Biden administration with the hope of passing it on the anniversary of Floyd’s passing, a goal that was missed due to bipartisan debate. The act would introduce a national registry of police misconduct, ban racial and religious profiling by law enforcement and overhaul qualified immunity for protestors.

Unfortunately, the legislation is stalled in the Senate pending negotiations between Democrats and Republicans. Negotiators for the bill, New Jersey Democratic Senator Cory Booker and South Carolina Republican Senator Tim Scott, claimed that, while they did not anticipate a deal to be made the week Biden had hoped, they were making promising headway. Booker would not reveal to CNN whether Congress was reaching a decision on the subject of qualified immunity, a topic that Democrats and Republicans have rarely been able to meet in the middle on.

The Floyd family is set to meet with lead negotiators for the Justice in Policing Act as well as House Speaker Nancy Pelosi and U.S. capitol lawmakers who made it possible for the bill to go through the House of Representatives. Philonise believes that the bill would be “one of the best things that you can pass across America.” While Harris has urged Congress to act with a sense of urgency, negotiators have stated they’d rather make sure the bill is a “right bill and not a rushed bill.” Biden was hopeful that there would be an agreement before Memorial Day, but the bill remains stalled.

Despite the conflict regarding Biden and Harris’s political careers, civil rights activists are used to dissatisfaction with government action. Often, Black lives take too long to matter to the law, with tragic consequences.

In 2020, Biden clumped leftists into categories of “agitators and extremists” disrupting peaceful protests. Clarke has proclaimed that defunding the police is not a goal of hers, though she works toward it like a dirty secret. The public ignores grassroots organizations who uplifted the civil rights movement of 2020, attributing societal change to the presidential administration acting under a forced hand.

The Biden administration shelved the idea of a police oversight commission for the Justice in Policing Act which has run into more backlash than expected, ruining its chances of making it into law fully intact. This also leaves eighteen thousand local police departments and similar agencies without direct White House oversight.

“It kind of feels as if we’re stuck,” said DeAnna Hoskins, former Justice Department policy adviser and current president of the nonprofit JustLeadershipUSA. “The good intentions are there, but we also know good intentions pave the road to hell.”

Still, Philonise Floyd is hopeful. In the wake of his brother’s death, the 39-year-old sees genuine intention in the government’s actions. On CNN’s New Day, Philonise said that he believes we as a country are slowly making progress.

Consider the government’s responses to victims such as Trayvon Martin and Michael Brown, whose deaths also sparked waves of civil rights protests. Martin’s killer was acquitted, and Brown’s murderer was not convicted. Protestors of the time, like those today, were villainized and treated as felons by the public, who rationalized the victims’ deaths by criminalizing their pasts. While these are still occurrences that happen today, we see progressive results in our community-led action—the conviction of Chauvin and the introduction of the Justice in Policing Act. It is crucial to remember the power of community in pressuring the government to take steps toward change. Further, as our country betters, we must never forget the actions of the people that have swayed a previously indifferent government toward development. While we still have many steps to take, there is no denying that we are moving forward. 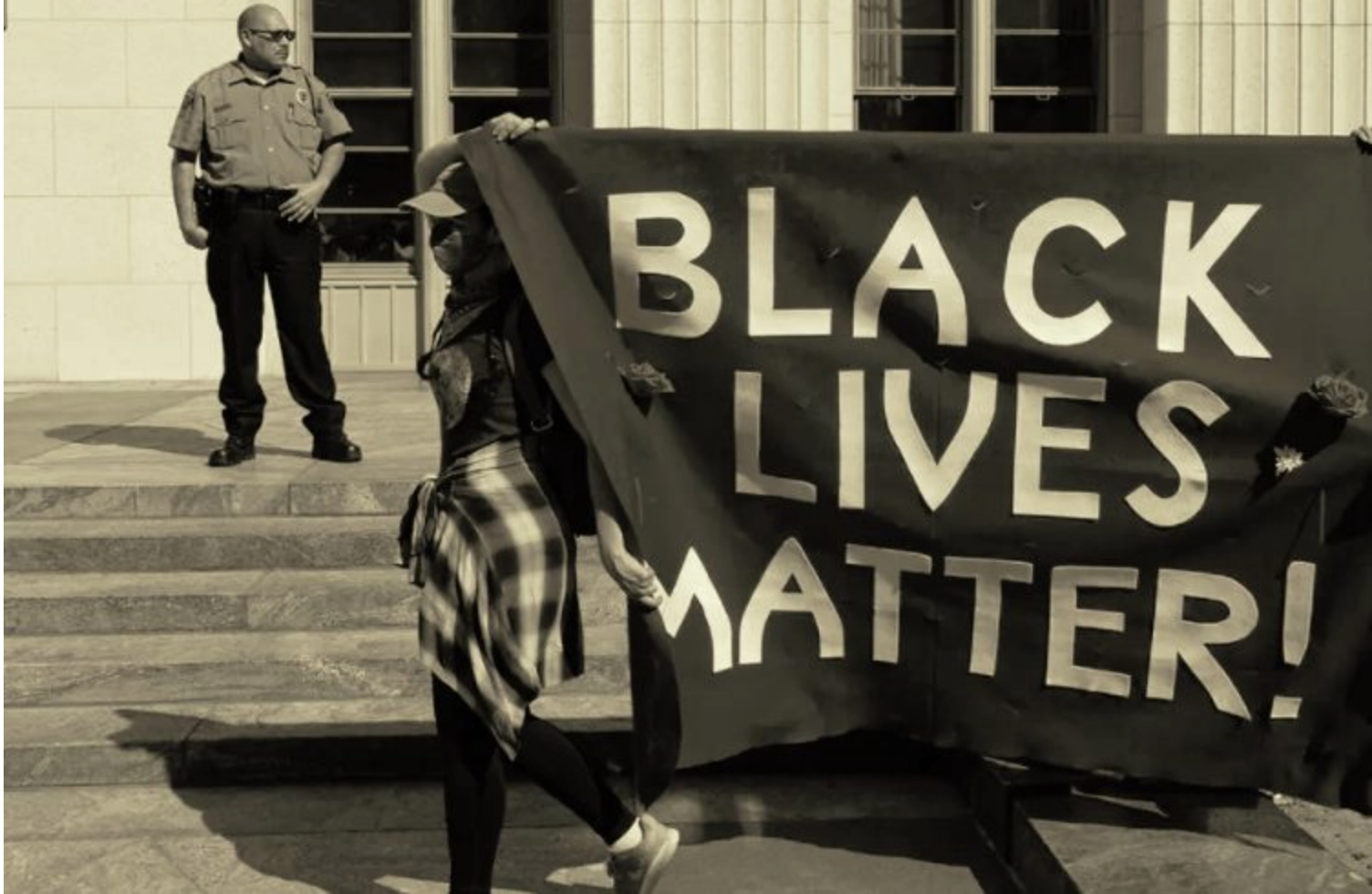