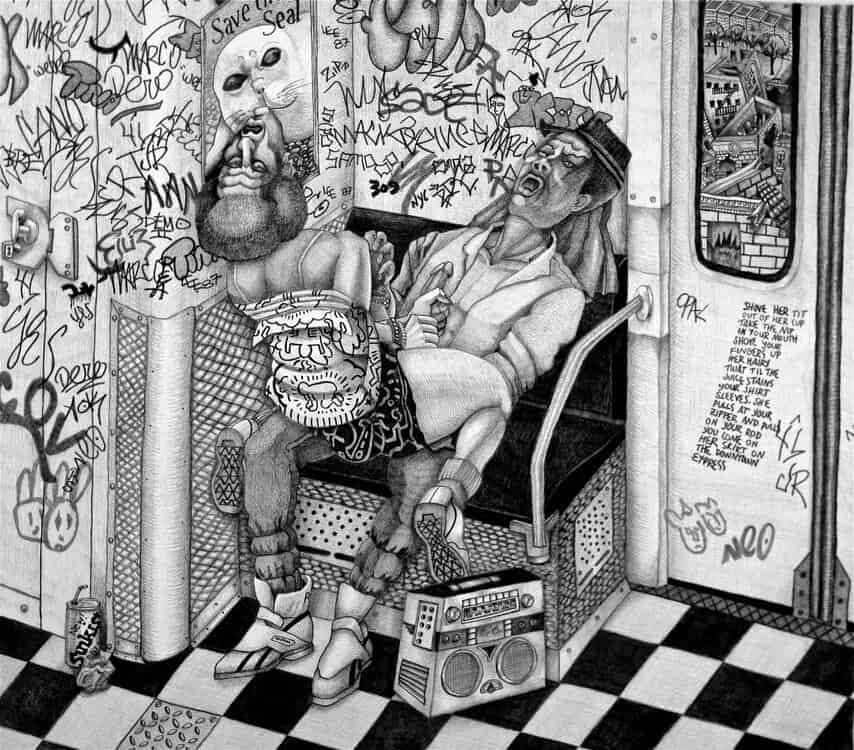 Illustration by: Lee BrozgolWritten by: Leah WellsThe subway car that opened its doors at Astoria Boulevard was deserted, but I had my guitar to keep me company. The rehearsal with my duet partner, a flautest, had lasted into the night and the windows of the elevated train that returned me to Manhattan revealed a dark city speckled with lights.As it made stops, the few new passengers sat far away from me. Restlessly, from my lonely corner, I made the gamble of taking my guitar from its soft case and setting it on my knee. I was eager to play with our reherarsal so fresh in my mind and fingers.I strummed quietly, seeing only peripherally the one or two people who entered or left as the train drew closer to Queensboro Plaza. Newcomers appeared to take as little notice of me, a woman slumped over her guitar, as I took of them. Or so I thought! After reviewing the gavottes and minuets, I noodled some blues and was astonished to realize that they had summoned a dancer to his feet.He was a big man. I presumed him to be homeless because of his stained, disheveled gray sweats. Closer than I wanted him to be, he jogged in place, his eyes rolled, his open palms floating in front of him. So odd were his gestures that I couldn’t be sure if he were responding to my music or oblivious to it.I instinctively took note of the other riders. My plan was to wind down my blues and serenely return my guitar to its case, no contact made with the strange man in his dirty clothes, no offense taken. But I was too late.As the train surged forward, the dancing man threw himself down, overtaking three seats—a massive walrus in his gray ensemble. From above his waistband he withdrew an erect penis. It appeared to have the length and circumference of the paddle of a row boat and, to my shock, in sweeping, masturbatory strokes…he began to row.Red Alert! No longer playing for this tango! In a nanosecond my guitar was zipped away and I was on the other side of the car. Waiting for the doors to open, I was joined by a mustachioed businessman in a cashmere overcoat. The plaid ascot neatly wound at his throat and his attaché case made a welcome sight.Our eyes met and we shook our heads. We had witnessed something grotesque, and not to be spoken of by proper strangers such as ourselves. When the train opened its doors at Grand Central Station we were able to dash from our car to the safety of the next.The new car was thinly populated and blessedly normal. The spectacle of the masturbating stranger was finally in the past; literally behind us in the other car. I was nonplussed when the businessman chose a seat across from me. He wore glasses, his black leather shoes were freshly shined and a gold wedding band glinted from his finger. I took out my paperback and began to read.And yet as the train picked up speed, my eyes grazed the text on the page without comprehension. Suddenly the hairs on the back of my neck were standing up, brushing the hood of my jacket and making me shiver. With a quickening heart I lifted my eyes. From behind his glasses the businessman was leering at me with an insane, salacious intensity. With his expensive coat spread open, he was leaning forward, his suit pants unzipped, his penis pink and thrusting in the grip of his tightened fist.Not again! The first time I had encountered a penis on this journey I had been afraid, but not angry. The other guy was simply crazy. If anything, I was mad at myself for thinking I could get away with playing music on the train.But this businessman in his leather and cashmere was a different story. Swathed in respectability and privilege, he knew better. His briefcase must be full of law or real estate files. He had a fine home, a mortgage, and because of the gold that shined from the fat fist that wound around the cock that he shook at me, there was probably a wife.The homeless man was alone in the world, shitting between parked cars and sleeping on subway trains. He was beyond his own control.Yet, that whole tawdry scene had aroused this well-healed monster. No, this time I was angry. In fact, I was furious. I snapped my book closed, stood up and shouldered my guitar.The N train was now entering a station, slowing and sidling up to meet the platform at 14th Street. From his seat the businessman remained with his cock in his hand, relishing his intimadation of me as I scrambled to the door.As it opened, I lunged forward and shook my index finger vigorously before his glasses. “For shame, pervert! For shame!” I screamed before dashing from the car in the hopes that this time, somebody who was really and truly respectable would hear.**A version of this article appeared in print in Honeysuckle Magazine’s HERS issue, summer 2017 edition.

Leah Wells is a songwriter, composer, author, and music educator. Her series of children’s books that teach music literacy—“How Do You Do Music?”—won a 2015 Family Choice Award. Her essays on early childhood education have appeared in Big Apple Parent, Canadian Education Association Journal and Pittsburgh Parent. She plays stringed instruments in the Tri-state area, including in an all-female bluegrass band.

Lee Brozgol is an artist/writer/photographer whose work been integral to the Lower East Side since he graduated from the University of Chicago and moved to New York City in the Sixties. His public works have included “The Greenwich Village Murals” for New York State’s Metropolitan Transportation Authority and designing a mural in the entry of Liberty High School. His photographs are regularly featured on the Lower East Side blog, The Lo-Down, and his drawings appeared in Fame Shark, a memoir by his son, Royal Young. 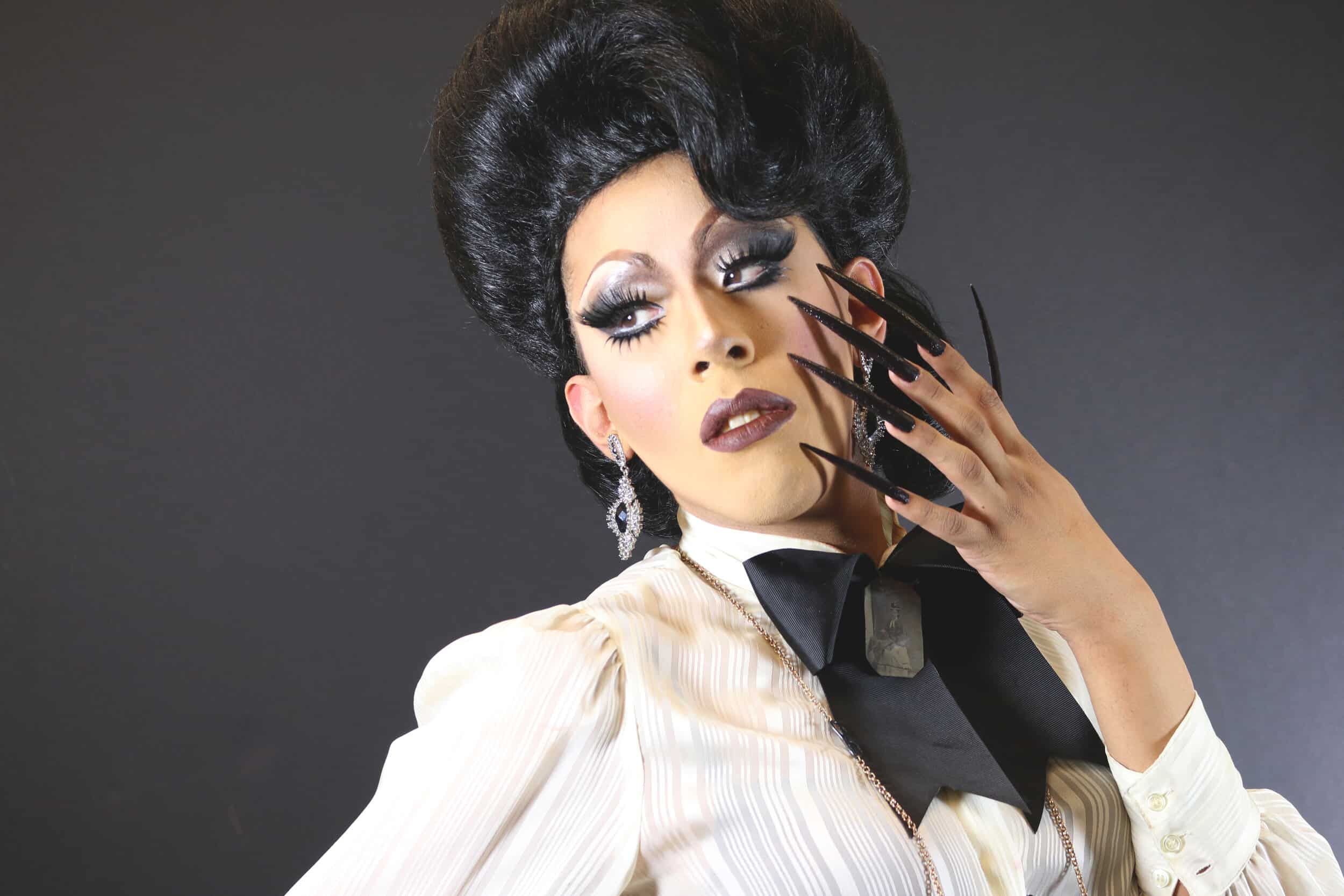 Today’s Feminism: Self-care on social media and the spectrum of response 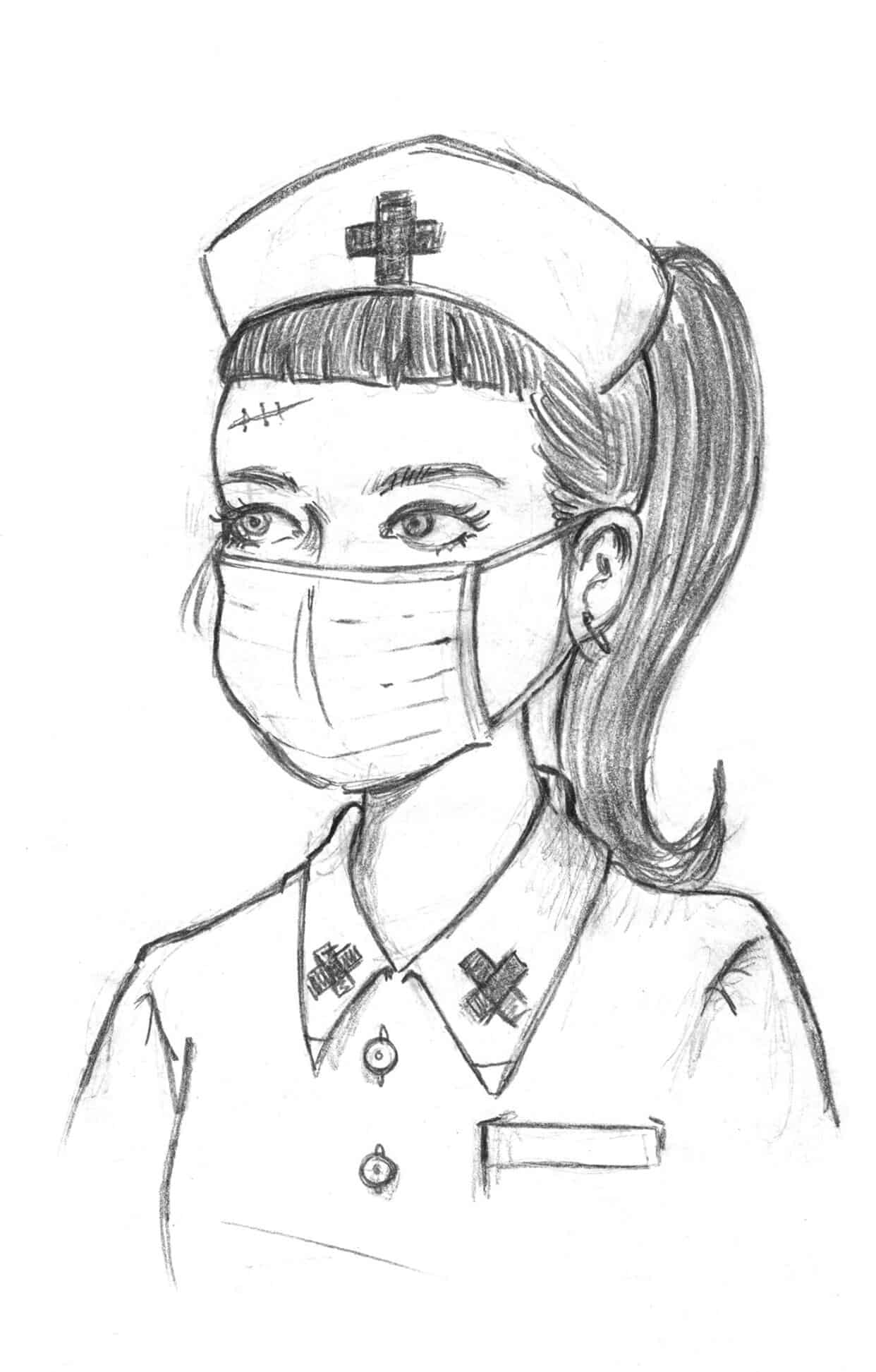