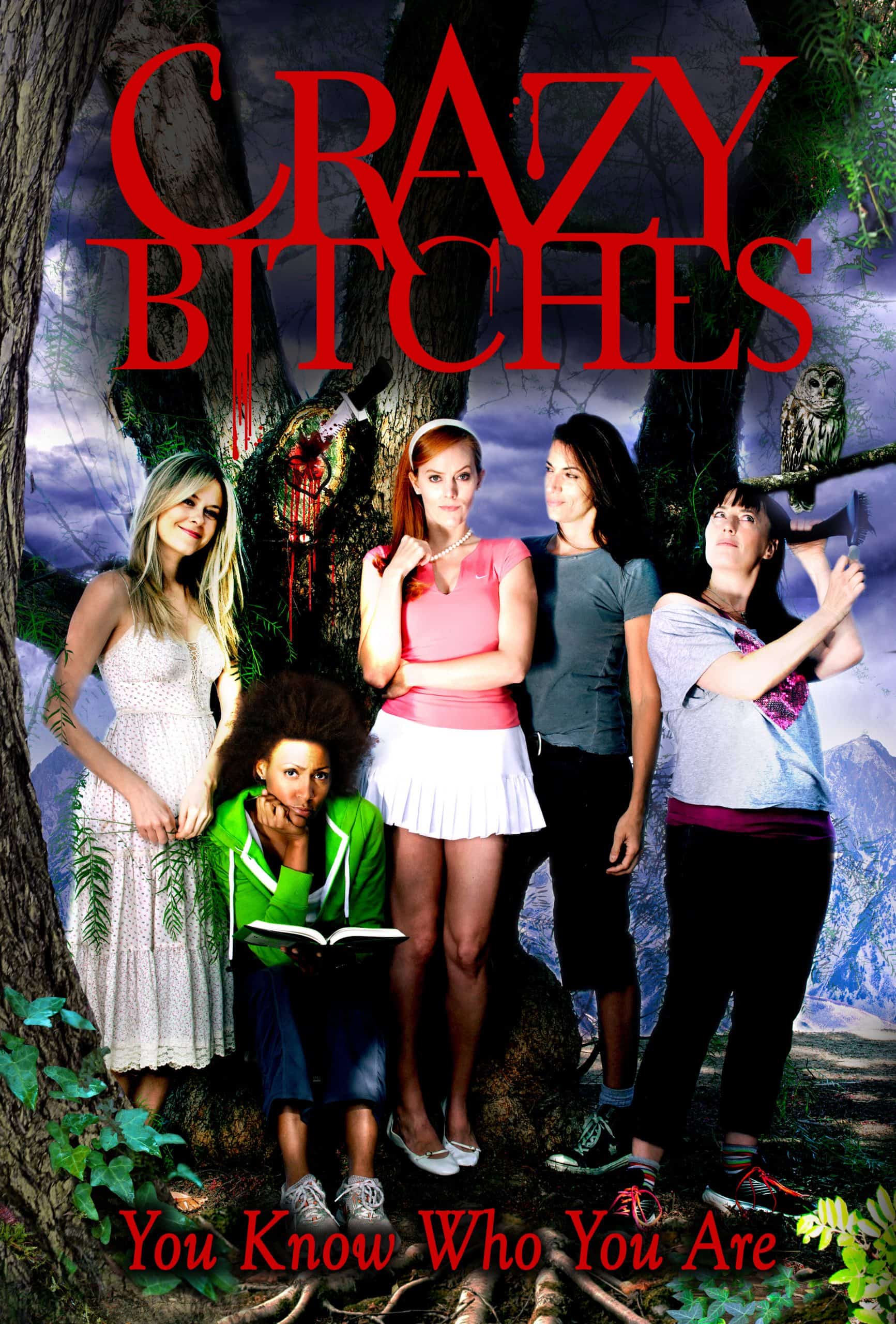 Take A Ride On This Crazy Train with "Crazy Bitches"

What happens when eight friends (seven women and one guy) get together for a celebratory weekend at a remote ranch that was once the scene of a mass murder? Did we mention the killer was never caught? Everyone in the group also has something s/he is vain about, including beauty, brains and being ultra fit, which will be their undoing. Mix in the ranch staff, who are available to sex up the ladies and/or randomly appear and you’ve got the makings for a horror comedy mash up. Honeysuckle Magazine chats with director Jane Clark and four of the cast members about the filmmaking experience and scary movies that funnily enough, several of the cast members don’t love to watch.

Shani R. Friedman: Could you tell our readers a little about your backgrounds?

Blake Berris (Gareth): I did [Days of Our Lives] for two years after college: one of the best training grounds you can get as an actor. For a few years I did a bunch of primetime television as well independent films [including Clark’s prior feature, Meth Head] before going back to Days for another stint. I filmed Crazy Bitches in the midst of that.

Nayo Wallace (Dorri): I was born and raised in Detroit. I went to a Catholic elementary school and in 8th grade I did my first play: 42nd Street. I loved every moment but was still very shy performing in front of people. My senior year I played Dorothy in The Wiz. After that I was smitten. After a lot of tears and prayers, I packed up and moved to LA.

Guinevere Turner (Belinda): I started making films in 1992 with a film that I wrote, starred in and produced called Go Fish. I wrote the screenplays for American Psycho and The Notorious Bettie Page. I am also an actor, and have been in a bunch of movies, including two of Kevin’s Smith’s movies and the TV show The L Word.

Andy Gala (BJ): I’m from Ohio originally. Moved to LA after college. Studied Zoology and was planning to go to Medical School before becoming an actor.

SRF: What about the movie hooked you? Blake, how was it working with Jane again?

BB: I love working with Jane. Aside from being just one of the loveliest people you’ll meet, she has an acting background and is fantastic to work with. I thought it was a great cast. Meth Head was much more intense, in a great way, but I kind of had to put myself through hell on that one — losing weight, acting tweaked out all the time. CB was just fun.

SRF: What about the rest of you?

NW: I actually didn’t know anyone prior to my audition. I know there were some roles that Jane wrote for specific people, but lucky for me the actress she had intended for my part wasn’t able to do it so I got called in to audition. I really liked the writing and I loved my character. I thought the script was funny and the characters were incredibly interesting. Everyone is beautifully layered and flawed.

GT: I met Jane at a party and when I heard the title and the premise I said “Please put me in your movie!”  She humored me but had no intention of actually putting me in the movie at first, I think. But then someone spoke on my behalf and she let me come and play!

AG: I loved the fact that Crazy Bitches was a Horror/Comedy. It’s a genre we don’t see often. The script was funny and also had a lot of heart. Each character was carved out and had three dimensions. From an acting standpoint, after reading the script, it was exciting because there was a lot of great material to sink my teeth into.

SRF: Are you all fans of scary movies? Do you actually consider this horror or more of a satire/spoof or hybrid?

BB: I like any type of movie if it’s good. I think CB is almost a throwback to 70s horror. It’s got scares and laughs. Popcorn movie!

NW: I think the last scary movie I saw willingly was The 6th Sense and that kept me up for a few days. That should tell you something about my capacity for scariness. But watching them and acting in them is a totally different experience. I find acting in scary movies to be fun because of all the different levels of emotions, whether you play a character that dies or survives the arc is a great journey for an actor to take. I think Crazy Bitches gives you a little bit of everything. It scares you, has a little gore, makes you laugh, pulls at your heartstrings and gives you some hot sexiness to look at as well.

GT: I am not really a fan of horror and scary movies, not because I don’t think they are sometimes interesting and worthy, but because I am kind of a scaredy cat when it comes to those films. Crazy Bitches though feels like a hybrid – in that it’s Jane having fun with the genre, and also trying to give some actual character depth which a lot of horror isn’t particularly interested in.

AG: I’m not a big scary movie guy, which I think was a good thing when working on this film. Sometimes having a fresh perspective can be a blessing. If gives you a certain freedom from any preconceived ideas.

SRF: What was the filmmaking experience – the good, the bad and the ugly? I know it was really hot and you had a very short shooting schedule.

BB: I got to work with my sister Riley who plays my sister. That was really special. I didn’t mind the heat. I think that stuff gives a movie and performance texture.

NW: It was actually a really wonderful experience. I loved working with Jane. That being said, I definitely had my own personal challenges. There was one day of filming where I believe it was actually the hottest day of the year and most of that day was spent filming outside. But the crew had umbrellas and water on standby so as soon as Jane yelled cut they were providing shade and hydrating us. And while I’d be panting under an umbrella drowning myself in water, Jane would be handing any number of things that needed her attention. No umbrella. No water. Pure focus. And always with kindness and generosity.

GT: Oh it was fun, though I had to run in real woods in real heels while looking over my shoulder which is just… super dangerous if you are not a stunt person. But when Jane suggested it I said “Absolutely” because I wear heels all the time and didn’t think about the woods and the looking back part. I actually prayed before the second take not to injure myself. And thankfully I didn’t.

AG: It was great! Definitely hot, heavy and fast. My kind of style! The good: great people working together to create. Beautiful locations and a wonderful sense of community. The bad: it was hot. Very hot: lots of sweating and dirt. The ugly: shooting my face burning off scene. It was a 100 degrees and I had a latex mask on coated with red corn syrup. That plus the sweat and dirt made a very pretty picture.

SRF: What’s next for everybody?BB: Two upcoming indies, Living Room Coffin and The Highway is For Gamblers, along with Nikki Reed (Twilight), Joe Jonas, and Sheila Vand (Girl Walks Home Alone At Night).  I also have two films I wrote in the works. One, The Neighbor, was just filmed in Mississippi and will air on Lifetime this year. The other is an indie called This Shining City, a political drama, which will be filmed in Pennsylvania.

NW: I’ll be performing at the L’Beach festival in Germany at the end of this month.

GT: Oh so many things! I’m writing a feature film about the women who went to jail for killing for Charles Manson, I am acting in a pilot for a sitcom about a house full of lesbians, I am writing a pilot that centers around Deaf culture, I just directed a really cool group project in NY.

Crazy Bitches is out now on DVD. Find it on the movie’s website or Amazon. 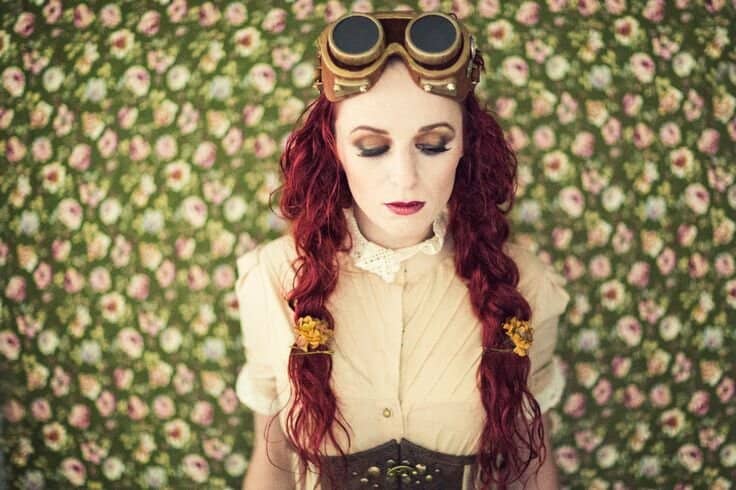 Through The Lens: An Interview with Tracy Sydor 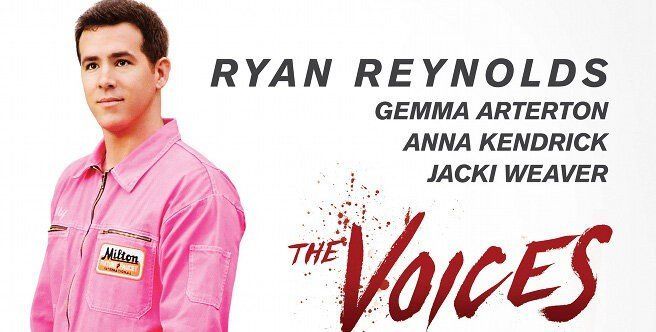