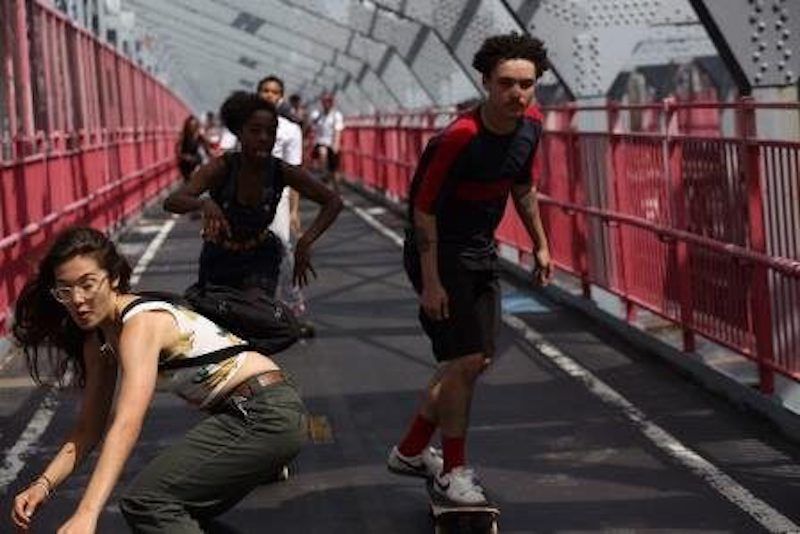 Crystal Moselle’s debut feature Skate Kitchen, a narrative film that follows a group of girls and is deeply rooted in their real life experiences, feels truthful and poignant even as the skateboarding that binds them steeps the audience in less familiar territory.

Girl Squads have existed in popular culture even before Louisa May Alcott gave us Little Women. But in more recent years, the squad stories we have seen on television, from Sex and The City to Girls, and in film from Clueless to The Sisterhood of the Traveling Pants to Pitch Perfect, have been entertaining, even enlightening, but ultimately aspirational, non-diverse, or otherwise removed from reality. After all, who is really living Carrie Bradshaw’s well-heeled drama or Hannah Horvath’s privileged angst? And the current Taylor Swift-ification of #SquadGoals has made it hard to find representations of female friendships to identify with IRL.

Perhaps this is why Crystal Moselle’s debut feature Skate Kitchen, a narrative film that follows a group of girls and is deeply rooted in their real life experiences,  feels truthful and poignant even as the skateboarding that binds them steeps the audience in less familiar territory. Skate Kitchen is the encore to Moselle’s highly acclaimed documentary The Wolfpack, about seven home-schooled siblings who rarely leave the confines of their apartment in New York’s Lower East Side.

In her new film, Moselle refashions the Girl Squad and shows us once again that her eye for illuminating what connects us is unparalleled.

Skate Kitchen took shape when Moselle became fascinated by a posse of female skateboarders gliding like urban angels around the Lower East Side’s parks. Relying on the same instincts that had propelled her to chase down The Wolfpack’s Angulo brothers on the street, Moselle enlisted the girls for a short film commissioned by Miu Miu after a chance encounter on the G train with two of the group—Rachelle Vinberg, who became her compelling lead, Camille, and a scene-stealing Nina Moran, who plays the tell-it-like-she-sees-it lesbian Kurt. The short, entitled That One Day, gave the girls a boost in their world of skateboarding celebrity, as evidenced by numerous magazine spreads and a growing fandom across the globe, and garnered support from Sundance that led Moselle to make a feature. The girls birthed their skateboarding crew, “The Skate Kitchen,” as Moselle was developing the film which takes its title from their name.

The lines between the girls’ real life social media feeds and the feature are indistinct, something that Moselle, a documentarian at heart, uses to impart the film’s most luminous quality: young women rising to the challenge of acting while maintaining the sparks that define them. Skate Kitchen opens with a scene in which the withdrawn and naïve central character, eighteen-year-old Camille, sustains an accident where her skateboard splices her between the legs, the trauma of which the boys around her can’t make sense of but which the fiercely cool urban tribe of girls who she later meets refer to as the badass badge of being “credit carded.” Living in a Long Island suburb with a protective Latina mother (Orange Is the New Black‘s Elizabeth Rodriguez) who doesn’t entirely understand her daughter and in light of her accident forbids her from skating, Camille yearns for a way out of loneliness and ennui. She connects with a group of girl skaters online and as they eventually become her sisters-in-arms, the film’s plot follows well-worn lines, including parental strife, girl bonding, boys causing trouble, and pivotal moments of growing together and growing up. After a showdown with her mother after she finds out about her surreptitious trips to the city, Camille moves in with one of the girls, Janay (Dede Lovelace) only to develop feelings for Janay’s ex-flame, a fellow skater and amateur photographer named Devon, played by a winningly understated Jaden Smith.

While the drama that ensues feels markedly typical, the authenticity with which Skate Kitchen presents young women navigating their lives makes the film a marvel that recalls the palpable honesty of Kids two decades earlier, though these kids have traded drifting for direction. The fictional arc that Moselle gives each girl is rooted in their personal experience. Camille’s struggles with her mother are borne of Rachelle’s real life situation in which she began to live with her Colombian mother as an early teen only to suffer a deep and heartbreaking rift with her father. Perhaps this is why we feel her pain so acutely when the camera rests on her face, closing in as she tells her friend about her parents, an intimate truth barely disguised as fiction. Moselle sculpted the sequences where the girls talk about parents, tampons, boys and boards out of hours of listening to their banter.

In one of the film’s most memorable moments, the girls are crammed into Janay’s bedroom in a scene that feels lifted right out of teenhood. The sequence, like many others, feels almost voyeuristic in its intimacy, but for young women it conveys an  eminent relatability.

Moselle has said that Skate Kitchen is entering the zeitgeist at just the right time, coinciding with a time of reckoning for the spaces girls and women occupy in the world. As such, the relatability of the characters is even more powerful. Each of these girls, whether it is Camille (Rachelle Vineberg) advocating for who she wants to be, Kurt (Nina Moran) completely at ease in her sexuality or Kabrina (Kabrina Adams) sporting a waistcoat over her ‘freed’ nipples, represents the necessity of narratives that depict girls proudly owning their individuality in historically male spaces. The message feels more potent because these young women take their onscreen assuredness and independence into their off-screen lives.

Moran’s recent TedxTeen talk ends with the promise that “Girls are going to continue to do what they’re ‘not supposed’ to do.” By putting the spotlight on young women who are going out into the world to carry its ethos even further, Skate Kitchen’s girl posse inspires in a tangible way that fully fictional characters might not.

And yet the film spares us any elements of preachiness or fist-in-the-air empowerment, exuding all the charm of a modern yet timeless hang-out movie that cuts across race and class. If Skate Kitchen has a lot to say about how young women are creating space for themselves, it does this through a poetic ode to a New York City summer and an observation of American youth where resisting male micro-aggressions happens alongside getting high, watching skate videos, and engaging in informal group therapy. The film is at its most beautiful when it’s in motion, skaters weaving in and out to a pulsating soundtrack. The young women of Skate Kitchen are so enthralling to watch as they carve up the concrete that the symbolism of navigating the larger world and subverting the norm feels organic, not heavy handed. Skateboarding has always been about resisting the system, and by making girls the core of this world without apology or explanation, Moselle and her squad are saying that female freedoms have no bounds.

This is a Girl Squad for our times. 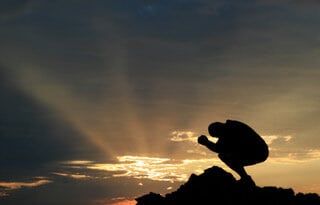 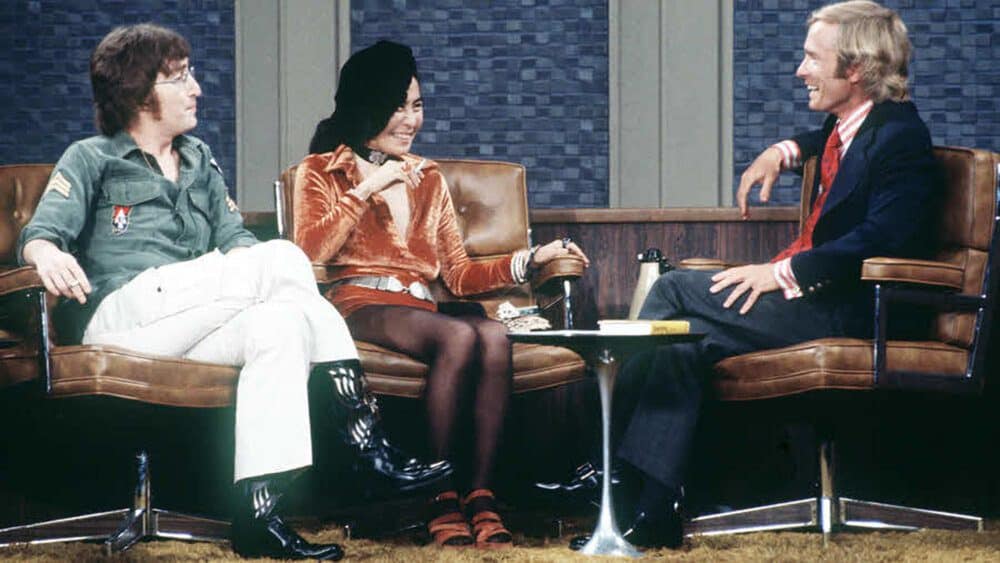