Sometimes you are forced to live with someone you want to have sex with.

And then eventually you do have sex with them...

And then eventually you do have sex with them and you don’t feel like you thought you would…The house was built in 1905 and my roommates were all slightly insane. It was move in day. I was told by two of my house mates that the fifth member of our domestic band of misfits left town a lot and would often disappear city to city at a moment’s notice. My dad insisted on assembling my bed as I stood behind him not doing much else other than offering support to his IKEA based frustrations. While half-arguing with my dad about how he had in fact attached the wrong side of the bed frame to the wrong end of the footboard, a can popped open and curious footsteps ascended to my door.He introduced himself wearing a soccer jersey, boxer briefs, drinking a 40oz PBR at noon. His hair fell into pieces against his face like an unkempt child. My first impression was indifferent. He offered my dad a beer without knowing my dad had been sober for three years and congratulated him when he found out. For some reason, this exchange made my stomach turn and he seemed to linger amongst my unpacked life, just… standing there. I was annoyed, intrigued and turned on in a way that made me feel dangerous (but mostly annoyed.) I had to actively remember that I had no choice other than to behave myself. I was in a relationship, he was my roommate and this attraction was going to get really fucking messy. His presence made me anxious and I was relieved when he finally became distracted by another happening in our nearly defunct Labyrinthine palace and drifted from my room.From then on, it was never a secret. I think that’s what I enjoyed most about it. He would be preparing steaks to cook on the grill and I would lean over the counter and suggest something about tasting him in my throat. He’d shoot me this look that made the rejection almost worth it (almost.) and then say something like “Do you kiss your boyfriend with that mouth?” The brief reminder of guilt kept my leash tight but not without trying to wiggle free every now and then.He seemed to dislike me enough to be able to fulfill my requests of being treated like “a dirty whore” which was something I had never really felt the need to pursue before meeting him. I’d craft a salty, instructional text detailing where I want it and how hard along with a photo of my bare chest. His response alternated between one word insults like “gross” or “cow” and more detailed jabs like “I rather get blown by a homeless guy than have you come anywhere near it.” With each rejection my desire to remain persistent grew stronger and it quickly became obvious that this was more about the game than it was about winning.

He owed me. It seemed as though he always owed me a favor because I had this horrible habit of over extending myself to help him in any given situation because he was a friend, yes, but I friend that I wanted to fuck and that was a first. He returned one favor by treating me to lunch. We sat in the sun, eating endless chicken wings basking in the Detroit summer afternoon. We talked about some of the things that we never thought to talk about because most serious conversational topics had no place in our usual push/pull flirtations. I told him he needs therapy. We ended our favor exchange with a fully clothed nap in his bed, the curtains pulled slightly and the door closed. We curled up like cats against one another and fell asleep. That was it. And it was totally okay.A couple of months later, the mental stability of our collective home had been severely compromised by oneindividual. Needless to say, the remaining four of us were forced to force ourselves out. I left through a window in the middle of the night, my only assistance was that of a city trash can propped under my sill and that piece of wood with the black neck tie spray painted across it, the one I took from his side of the basement as a souvenir, served as a reliable way to keep the window from closing. He left a few days later. It was after that night that I reluctantly moved into my then boyfriends’ house, miles away from the city and temptation. A few months after making my impressive and thematic exit, I received a text at three am with a photo of a house in flames. The photo was grainy, but it was clear that the blaze was out of control and the house was the one built in 1905, with the winding staircase and velvet wallpaper. The one I called home once, for like, three months. I learned the next day via an uncomfortable drive-by visit that the house could not be saved. What the fire didn’t burn, the water flooded and everything was covered in dampened ash.It was past midnight. I had just left the house of a former lover where I cried in the stairwell for an hour. He texted me his address and I reprogramed my GPS without a second thought. I was single for the first time in five years and hadn’t seen him since we ran into each other at that music festival a few weeks before where we wreaked havoc and ate soup from bread bowls. He was living somewhere different than where I last visited. It had a gated lot, granite countertops and a stacked washer/dryer combo. Candles were lit in every room. He gave me a tour of each room and its amenities, closets too. I played drums and packed a bowl. We drank beers from New Jersey and read his ex-girlfriend’s feminist scripts. And then it happened. The moment where expectations met reality, an experience I could previously only apply to films and expensive dinners. I sat on his bed while he used the bathroom.

I positioned myself a few different ways a few different times as to avoid looking fat. I eventually stood up when I heard the bathroom door open. I slowly began to unbutton my blouse, he stopped me. “Why are you doing my job?” He finished where I left off and soon we were both successfully disrobed, in bed and in the process of seeing if the wait was at all worth it.It was easy. It was tender and sincere. He was aggressive when necessary, but overall shockingly affectionate. I imagined sex with him would have been cheap or demeaning, which was what I thought I was willingly signing up for; what I thought I wanted. He kissed my inner thighs and my forehead while occasionally expressing concern for my overall comfort and happiness. He was skilled at pleasuring me, another unexpected sensation. But his actions confused my direct intentions of being treated like a sex object and in turn confused why it was I insisted on chasing this particular tail for as long as I did. He finished in my mouth, as planned. We listened to music, drank water, and curled up like cat’s once again, this time feeling only slightly different.After brainstorming ways around it, I gave in and woke him up a few hours later to buzz me out of the gated lot so that I could go to work. He was snoring and I was dressed. He responded quickly to my gentle shoves awake and walked me out. We thanked each other. He left for California the next day and we haven’t spoken since.The week that followed was spent convincing myself that my attachment was misguided and irrational and the night we spent together was just two lonely people doing what people do at three am on a Sunday morning. I wasn’t familiar with this sex without love thing. I wanted to text him to make plans, I wanted to make him breakfast, but knew better than to appear desperate as I had in the past. So I didn’t. And haven’t. Instead I had a close friend talk me out of letting my feelings grow into anything beyond the bedroom and I forced myself to establish that the sex wasn’t that good, anyway (even though it totally was.)It’s been two weeks or so since responding and followed through with my first single girl “booty call.” The months I spent touching myself to the thought of fucking him and bouncing back from the daily rejection of my sexual advances were all made worth it. Sometimes you have to learn what you don’t want by actually wanting it. And then there are times you want what is truly bad for you. This is one of those times.

But for now, I’ll still respond eagerly to a late night plea to come over because really, what else is there to do? 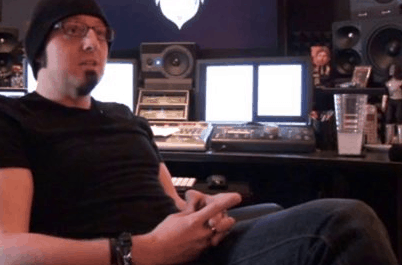 Video: There’s a RUMBLE in the Jungle…​

A Thief to Steal the Limelight 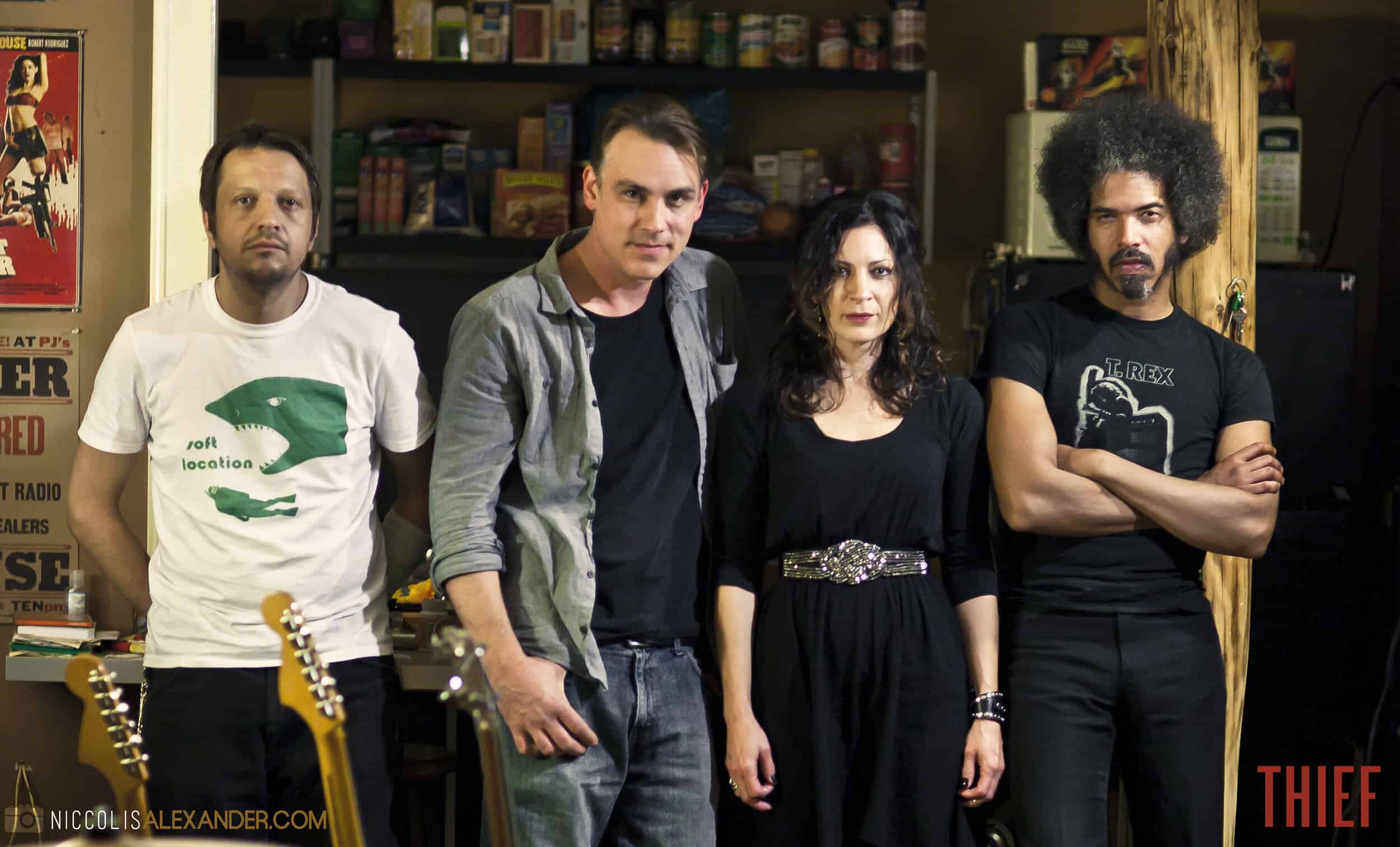