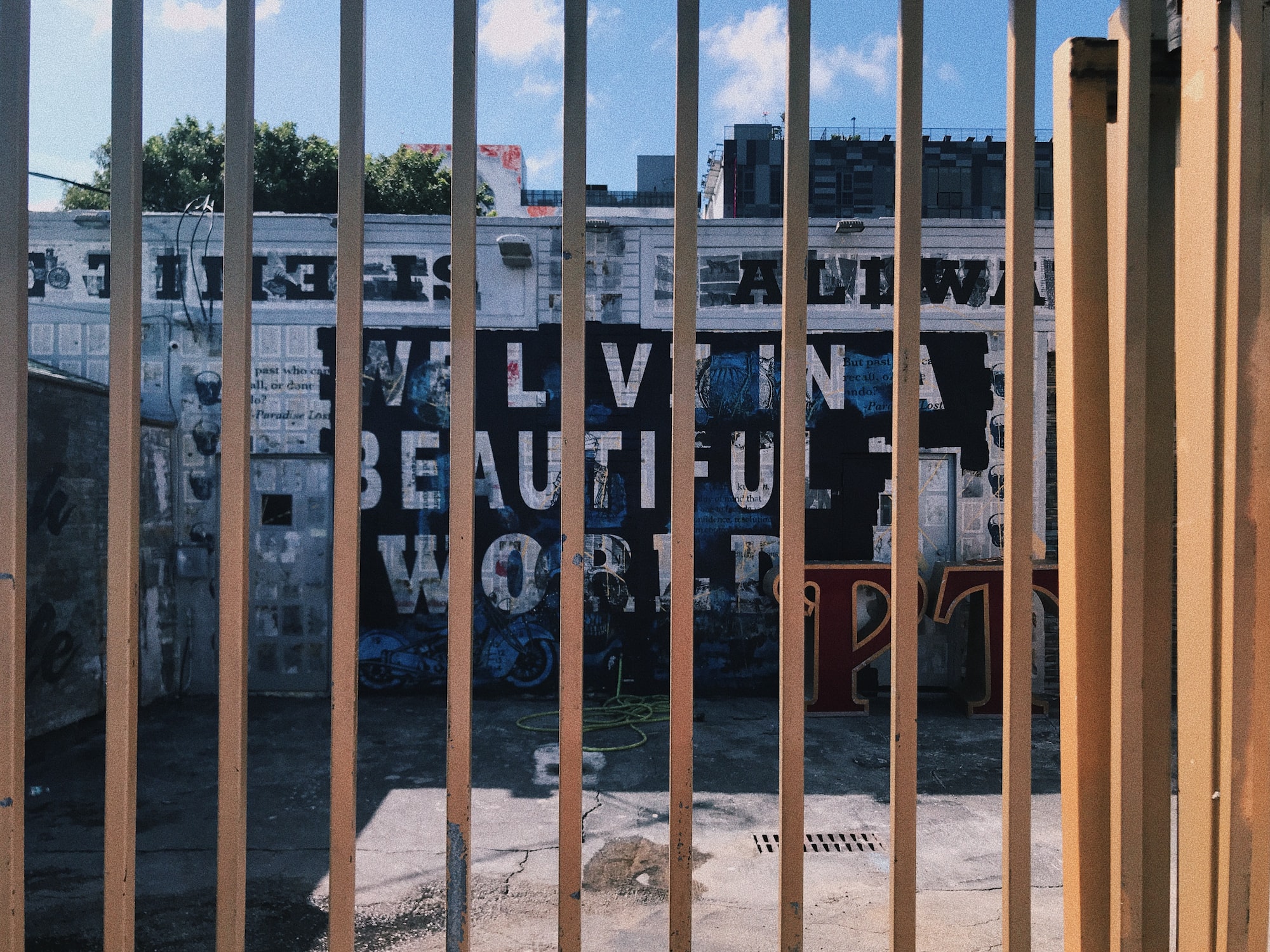 a year ago by Sophia Nickoloff Warren • 5 min read

One crime, two sentences: Sheron Edwards's new memoir LIFE'S LENSES discusses what his unjust prison sentence has taught him about the U.S. justice system - and himself.

On May 13, 1999, Sheron Edwards was arrested in Starkville, Mississippi under the charges of armed robbery, aggravated assault and grand larceny. Edwards was released on bond within a month. Beforehand, he was warned by his lawyer that, if he were to be released, he should run. “They are out to get you,” he was told.

The words are sickeningly terrifying, and entirely true. While Edwards was out on bond, Captain David Lindley of the Starkville Police Department requested that federal agents arrest him for the same charges under different names: carjacking with use of a firearm. As a result, Edwards was plagued with two consecutive 20-year sentences in both state and federal time. After completing his federal sentence in July 2017, Edwards was sent to the Mississippi Department of Corrections where he began serving his state sentence. Such a cruel sentencing is made possible through the Dual Sovereignty Doctrine, which allows people to be criminally processed in both state and federal jurisdictions without the limitations of double jeopardy. Because the circumstance is so rare, Edwards was unaware at the time that the system could carry out such a horrible act. He would soon learn that the system has nothing to do with justice.

On May 21, 2021, Edwards released a memoir entitled Life’s Lenses: The Autobiography of Sheron Edwards detailing his life from childhood to prison sentence, using “lenses” as a metaphor for each phase of his life. After being paralyzed by botulism while in prison and having to relearn how to walk, speak, and eat, Edwards was encouraged by his friends and near-death experience to share his story. In a little over a week, Edwards wrote about memories he’d repressed regarding traumatic experiences with family, his time in the music industry, substance abuse, the death of his father, and more. Edwards reflected that the process of retrieving these memories was incredibly difficult. Describing his writing technique for such triggering topics, Edwards said, “I let the energy of the writing gods guide me.”

Taking advice from a friend who had also written a memoir, Edwards began his autobiography with the ending. “It’s like a movie,” said Edwards’s friend, referring to films such as Pulp Fiction and Forrest Gump whose introductions are actually the end of the story. For Edwards, however, writing the end of his story first allowed him to recall close memories with clarity–memories such as his sentencing and time in prison.

Edwards told Honeysuckle, “It was never about the crime committed. It was more about the race, class and status of the person the crime was committed against that caused such a lengthy sentence in my situation.”

His crime was committed against a white man whose father is a state court judge. Moreover, the lead detective of Edwards’s federal case, Captain Lindley, was a member of the Ku Klux Klan. Lindley had been placed on probation for wearing his Klan robe to work, though he continued active duty six months after, as confirmed by Michael Newton’s book The Ku Klux Klan in Mississippi: A History. As Edwards told Honeysuckle, this information was not revealed to him until after his trial began. Left completely in the dark with no knowledge of even the Dual Sovereignty Doctrine, Edwards claimed to feel the fear of a runaway slave. Under the hot lights of the oppressor’s gaze, Edwards felt helpless. It was during this federal trial that Edwards realized the forces at play were not those of justice, and that he would not be treated fairly.

In order to write such a detailed account of his experience, Edwards utilized classes he took in the Federal Bureau of Prison. Edwards completed courses such as Challenge Program (a class educating its students about immediate aggressive reactions), Suicide Watch Companion, and Victim Awareness, among others that sculpted his views–particularly those regarding rationality. In Life’s Lenses, Edwards hoped to implement the push-and-pull of rational versus irrational thought that plagues the human mind. To explain this, he used the example of two men passing each other on the street: the first looks at the second much too long, and the second becomes threatened, believing he is being scrutinized. The second man is then defensive, deciding the first would like to engage in a physical altercation. On the contrary–the first only wondered if the second knew the time, and thought of stopping to ask him.

Edwards believes that this instinctive jump toward irrational thought evident in the second man is present in every human mind, making his implementation of the subject in his memoir a relatable one. In essence, though Edwards’s memoir is specific to his life; its contents will be felt by everyone who reads it through the shared experiences, feelings, and general compassion conveyed in his writing.

Though Edwards has undoubtedly been wronged by the system, he remains hopeful that his voice, among many others, will bring change. When asked about his thoughts regarding prison reform moving forward, Edwards was adamant that the Constitution’s thirteenth amendment’s clause allowing for modern enslavement be abolished. He is firm in his belief that enslavement has no place in the U.S.’s framework, and taking steps toward removing it is necessary in making the nation free for everyone. Furthermore, Edwards believes in providing incarcerated people with the necessary tools to thrive following their sentences. Because incarcerated people are not given aid such as financial education or wages for their labor, it becomes much too easy for them to turn toward crime following their release and find themselves back in prison. Because this is the fault of the system and not the people, Edwards hopes to one day hold authority accountable in providing incarcerated people these tools.

Finally, Edwards believes that he and many others deserve a second chance that the system refuses them. Incarcerated at 23, Edwards feels cheated out of a life he could have lived fully. Having served 20 years of federal time and currently serving another 20 for the same crime, Edwards dedicated his life to sharing his story in the fight against his oppressor. But in doing so, he lost 40 years that could have been spent completing his college education, making music, and being close to loved ones. In Life’s Lenses, Edwards wishes that his own strength will reflect the strength in all of us. After reading his memoir, Edwards hopes his audience will look at their hardships in a different light, learning to overcome their obstacles and claim their desires, which he believes are always obtainable.
--

UPDATE: Sheron Edwards has the chance to receive early parole. Please sign the petition here to allow for resentencing in Edwards' case.

LIFE'S LENSES: THE AUTOBIOGRAPHY OF SHERON EDWARDS is now available on Kindle and in paperback on Amazon. 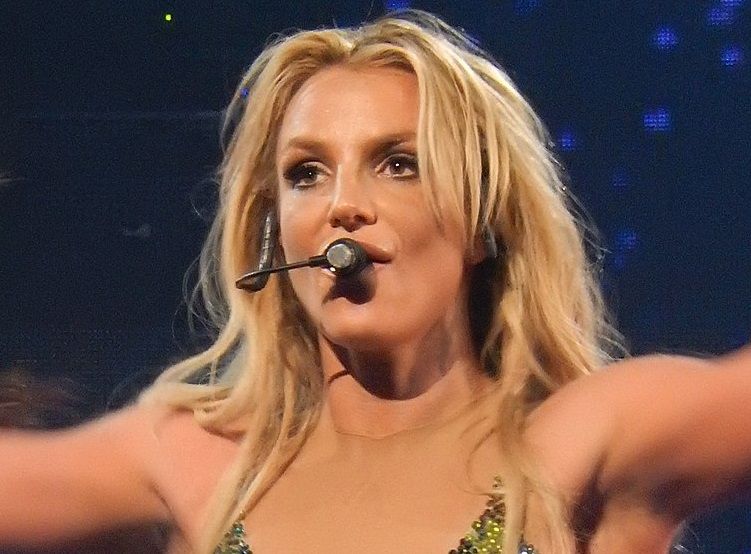 Burlesque Is Back: Inside Duane Park's Fiery Return