Shawanna Vaughn, founder of Silent Cry Inc. and a nationally-renowned humanitarian activist, facilitated Post-Traumatic Prison Disorder Shawanna W76337, an act that is a groundbreaking and necessary piece of legislation to address the mental health crisis faced by the American correctional system. The bill, which Vaughn has been working toward for the last decade, was introduced into the New York state legislature on Thursday, February 18, by State Senator Brian Benjamin and Assemblymember Kimberly Jean-Pierre.

The bill’s goal is to provide mental health and physical care to those suffering from our carceral system. It also acknowledges conditions for those suffering in environments steeped in hunger, poverty, neglect and abuse; all are forms of trauma which often lead individuals to behavior that ends in incarceration. Shawanna W76337 takes a holistic approach to trauma, with the aim to ignite information and understanding that trauma occurs before, during and after incarceration. Particularly, the bill seeks to address the systemic disparities comprising these traumas which make people of color and those from marginalized communities more likely to become incarcerated.

“Post Traumatic Prison Disorder Shawanna W76337 is for everyone who’s ever suffered trauma and incarceration,” says Vaughn. “For my mother who birthed a slave on a plantation called Corona State Prison for Women. This legislation was birthed out of pain and the remnants of the effects of Mass Incarceration. We aim to provide a holistic approach to healing through vendor therapy and being accessed and treating the trauma and the individual to wellness in totality. As a formerly incarcerated woman, I’m clear of the effects of incarceration and the toll it has on mental health. But, the trauma is the reason incarceration persists. We have to treat the entire individual in totality to create wholeness in our communities.”

Shawanna W76337 looks to amplify the mission of Vaughn’s Silent Cry, a nonprofit organization that uses a holistic approach to provide resources and treatment for families of incarcerated people and those suffering from poverty and street violence-related traumas. The legislation requires correctional facilities in New York State to screen incoming persons for trauma, to develop a plan for therapy for inmates and releases, and to provide the legislature and governor with an overview of the problem in the correctional system.

In order to help identify trauma in the prison population, correctional staff will be trained to develop basic competency in trauma identification and response. The legislation also requires basic yet essential measures for inmates upon release to improve outcomes, including provisions for proper documentation and enrollment in programs for which released persons are already entitled.

“Trauma is a pervasive condition in the correctional system,” said Senator Brian Benjamin, “and by ignoring the problem, we are not only kicking the can down the road, but we are also making things worse. This legislation is a first step toward addressing the situation.” 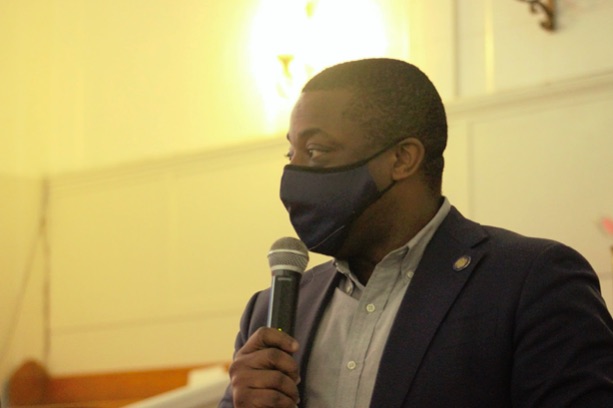 “We know how deeply traumatic the incarceration experience can be for individuals housed in our prison system, and the enormous toll on one’s mental health cannot be understated and does not simply go away upon an incarcerated person’s release into society,” said Assemblywoman Kimberly Jean-Pierre. “This legislation will be an important step forward in working to address the traumas and negative mental health impacts of our criminal justice system by ensuring these individuals have the wraparound services they need and deserve upon re-entry. I thank Shawanna Vaughn for bravely using her experience as a force for good to help others impacted by these same traumas.”

“We know that the Black community has been overrepresented in the correctional system for generations,” said Hazel Dukes, President of the NAACP New York State Conference and a member of the NAACP National Board of Directors. “We also know that incarceration can traumatize the people who are in the system. Shawanna Vaughn has been a tireless fighter to reform the system to reverse the pain and suffering caused by incarceration. I want to thank Senator Benjamin and Assemblywoman Jean-Pierre for introducing this legislation to address this crisis in our prison system. I am proud to help with the fight to prevent prison from doing further harm to people’s lives.”

Community members and long-time associates shared statements of support for Shawanna W76337 and the milestone in Vaughn’s campaign:

Assemblyman Jewell Jones, 13th District of Michigan: “I’ve dedicated a good part of my final term in Michigan’s Legislature to Criminal Justice Reform — ending mass incarceration, fighting for confined men and men suffering from the dehumanizing effects of imprisonment. I’m elated that our beloved Sister Shawanna brought this forth, to address these pressing issues. Without  thought leaders like her, we would be in the same vicious cycle we’ve always been in, threatening the existence of many men and women in our community.”

Lucy Lang, for the Office of Manhattan’s District Attorney: “Shawanna W76337 is the groundbreaking work of a local hero who has dedicated her life to making our community safer and healthier for all. I am honored to stand with Shawanna Vaughn in recognizing that the trauma of prison is a trauma that echoes across generations and must end with ours.”

Ronit Pinto, Founder, Honeysuckle Magazine: “Shawanna has been a bedrock of our publication for the past two and half years. Her contributions to the subject of incarceration have been invaluable in educating our audiences and the wider public.”

Britton Smith, Senior Organizing Strategist REFORM Alliance: “The lasting effects of incarceration have been overlooked for so many years. If we genuinely plan to incorporate returning citizens, then it is incumbent upon us as a society to address parole and probation reform, economic justice and emotional and mental support for our loved ones coming home. Shawanna is outstanding in bringing this conversation to the forefront. I want to see this legislative effort go far in New York, and wide in America.”

Pamela Stewart-Martinez,  N.Y.S Female District Leader, 87th Assembly District at Bronx Democratic Party: “Post Traumatic Prison Disorder is real, it affects individuals who currently are or have been incarcerated, their families and the communities they were taken from and returning to.  Shawanna W76337 Act is the solution! I believe it will address and resolve recidivism.” 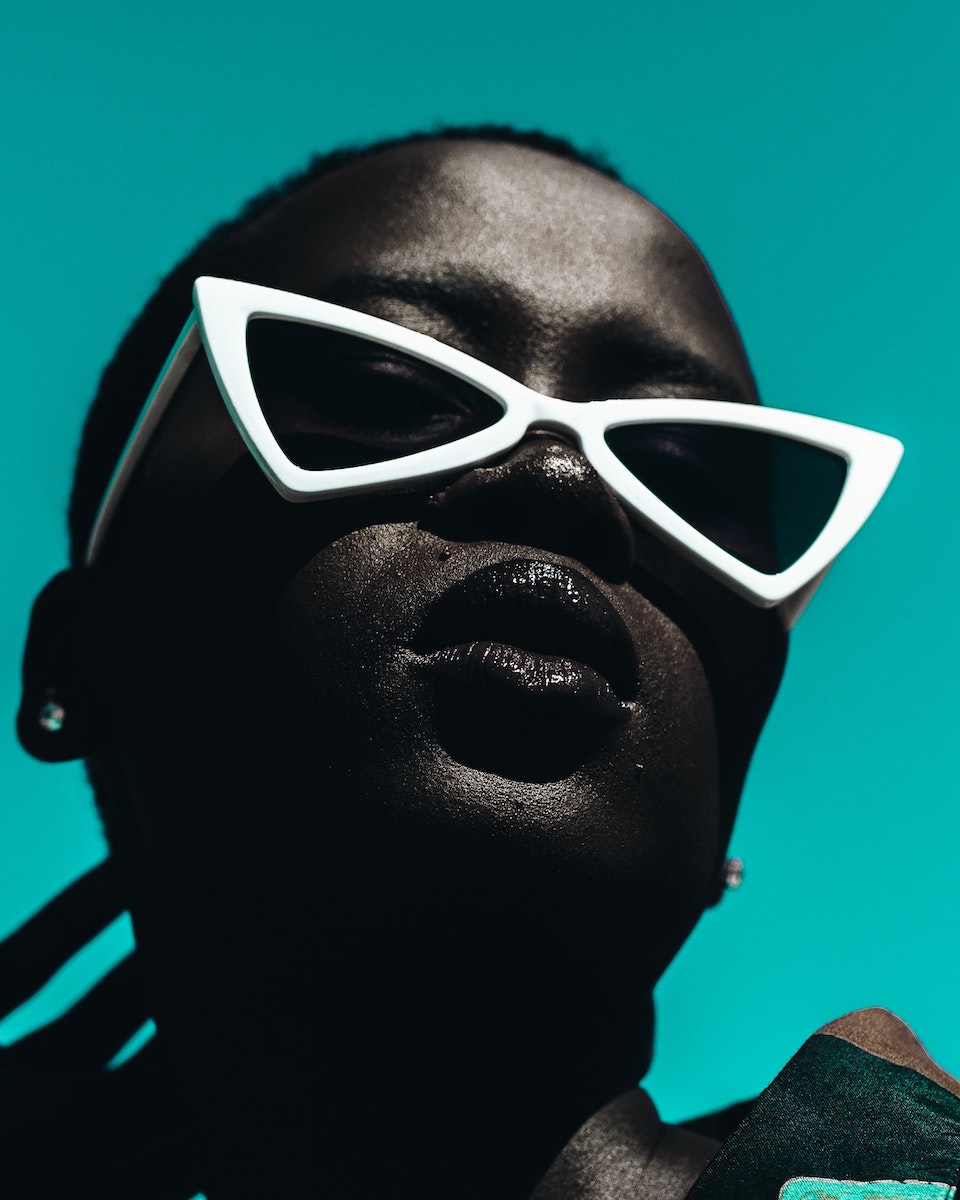 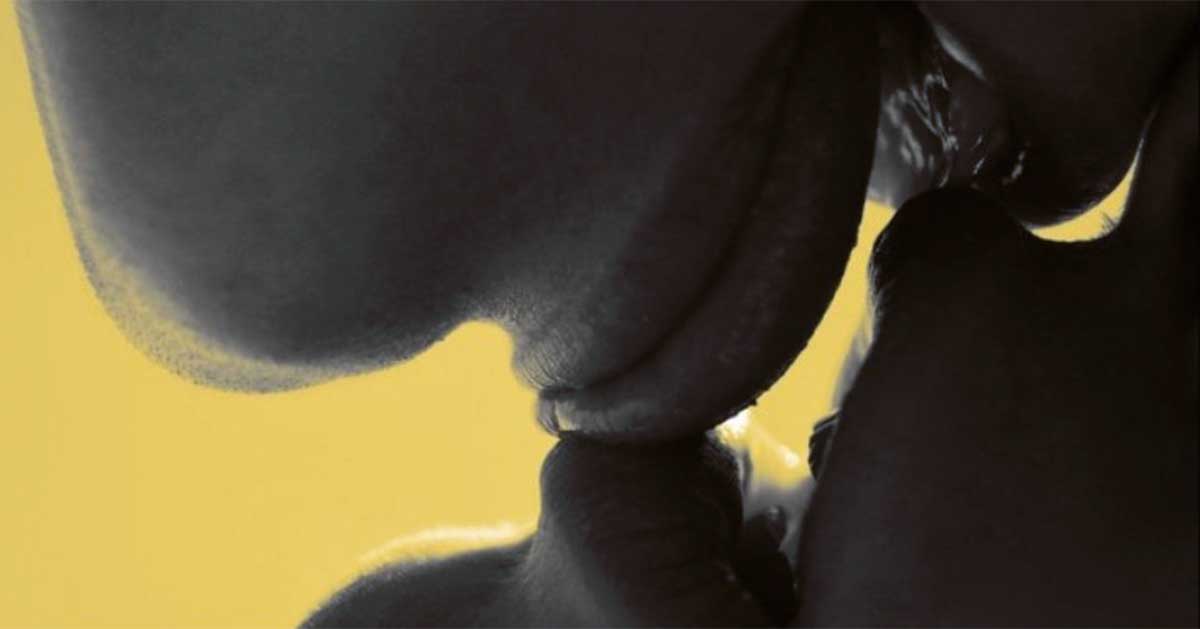