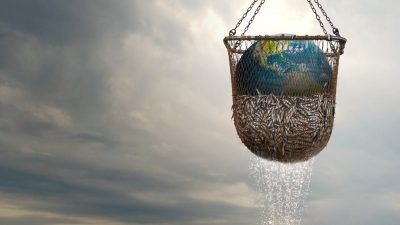 a year ago by Ida Aldana • 5 min read

Netflix's Seaspiracy is so fishy it's in need of a serious fact check.

By now, you’ve probably already seen the much-lauded documentary Seaspiracy appear on your Netflix home page during your nightly hunt for something to watch. Either that or you’ve watched multiple Instagram Stories of people swearing off of sushi and fish altogether all because of British filmmaker Ali Tabrizi’s news-making feature. In the movie, 27-year-old Tabrizi investigates horrific ocean malpractices from one continent to another, beginning with the large numbers of dead whales showing up on shores around the world, then leading to annual dolphin and whale killings in Japan, and eventually encompassing subjects including shark killings, plastic pollution, excessive bycatch, fake “dolphin-safe” stickers, and the impossibility of sustainable seafood. Eventually, he concludes that the only way to solve all these problems is to stop eating fish - something that seems groundbreaking but is actually harmful in the quest to save the ocean.

How can this be? Well, in the weeks since its release, many scientists, experts and critics are coming forward to debunk Seaspiracy’s supposedly factual research. While documentaries are a great way to be informed about crucial global topics, we still also have to be wary and do our own research as citizens. Just because it’s on Netflix doesn’t make it 100% accurate. Even some researchers and scientists interviewed for the documentary have said that their answers were “misrepresented” in the final output. What were those misrepresentations exactly?

Seapiracy’s Oversimplification of the Ocean’s Problems

Tabrizi starts off the documentary with dead whales showing up on English shores and ends with slavery in Thailand fisheries. Up close, the film appears to be worldly and comprehensive in that it doesn’t just focus on one problem and actually includes different ones from around the world. However, if you take a step back, you realize that the storyline just goes from one horror to the other and “follows the money trail” without really understanding that these problems aren’t caused by just one thing.

Seaspiracy relies too much on shock value to get people to react, without really knowing the reasons why these circumstances came to be. Yes, the film raises awareness about issues of overfishing, the defensive secrecy behind cultural customs, and the disturbing forced labor involved in the industry. However, it does not explore the society, history, and context that formed these practices. Josh Silberg, writer of coastal science and societies for Hakai Magazine, explains, “In his search around the world for the one villain behind all of the ocean’s ills, Tabrizi reduces a complex tangle of social, political, and environmental factors to a simple narrative.”

Tech website Gizmodo pointed out that Tabrizi uses racial tropes to serve the purpose of his film. “The bad guys are Asians, specifically Japanese whale and dolphin hunters and Chinese consumers of shark fin soup,” writes Brian Kahn. “The good guys—in this case, the experts he cites—are mostly white.” Professor Christina Hicks of the Lancaster Environment Centre, one of the few people of color interviewed for the film, said that it was “unnerving to discover your cameo in a film slamming an industry you love and have committed your career to.”

Dr. Bryce D. Stewart, a marine ecologist and fisheries biologist at the University of York in England, suggests that the film should have a diversity of views. “Almost all of the interviewees were white and from the western world,” he says. “We needed to hear from a range of ethnicities and cultures, we needed to hear from the seafood industry, from managers, and from NGOs in a non-selective way. Almost no fisheries scientists were interviewed for the film, which is a major omission in a film about overfishing.”

Many claims and facts were stated throughout the film, and it’s easy to get caught up in them without double-checking when you’re already so invested because of the scenes’ emotional pull. Seaspiracy claims that, at this rate, the oceans will be “empty” and run out of fish by 2048. However, according to the organization Sustainable Fisheries, a group funded through the University of Washington to communicate the science, politics and human dimensions of the fishing industry: “Monitored fish populations (representing over half of the world’s catch) are, on average, increasing in abundance and have been for years.” The 2048 myth actually comes from a misinterpreted 2006 paper, which has since been updated by its original authors.

The film also says that 40 percent of each catch is thrown back into the ocean as bycatch, the term for other species accidentally caught when targeting a specific species. In truth, only 10 percent of bycatch has been “discarded at sea over the past decade,” Sustainable Fisheries reports. The 40 percent figure comes from a paper that defined “bycatch” as “all catch from unmanaged fisheries.” Yet scientists and organizations do not go by this definition.

Turtle bycatch in the U.S. has also decreased from 250,000 (as the film claims) to just 4,600 thanks to improvement in technology. A 2017 study shows that sea turtle populations around the world have actually increased.

Perhaps one of the biggest claims that Seaspiracy makes is the impossibility of sustainable fishing. Tabrizi wrestles with the meaning of “sustainability” for much of the film. One would think that he would have a working understanding of the word if he were to make an entire documentary about it. “Sustainability” was even understandably explained as an analogy by one of the film’s interviewees: It’s like having an investment in a bank and only spending the interest, not the capital. However, Tabrizi forcefully continues to derive his own definition: sustainability doesn’t exist. It’s true that some fisheries still overfish, but a majority of them are actually sustainable.

Tabrizi also asserts that fishing farms are unsustainable when aquaculture is “responsible for over half of seafood consumed globally and is a critical part of achieving global food security for a growing planet.” A 2020 study actually states that aquaculture and mariculture will be able to increase food needed for a growing population while lessening the need for wild fish stock.

In response to the 2048 statistic being misused, Tabrizi says, “We are not scientists nor did we claim to be. Despite there being some confusion about this particular projection, the overall state of fisheries are in severe decline.” Though he is a filmmaker and not a scientist, it’s undeniable that there is still a heavy responsibility in presenting numbers as facts—especially when what he does for most of the film is “debunk” claims. You can’t fight misinformation with more misinformation.

At the end of the day, scientists and the creators of the film—skeptics and conspirators—have one goal: to protect the ocean. The most important thing to do is to stick to the facts. It is just as significant to use these facts properly and to inform people and let them know what they can do rather than scare them into action. That way, the “conspiracy” won’t end up being the film itself. 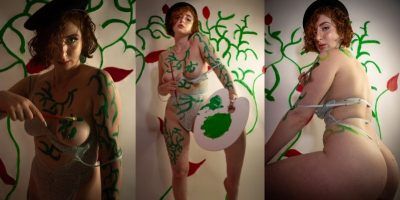