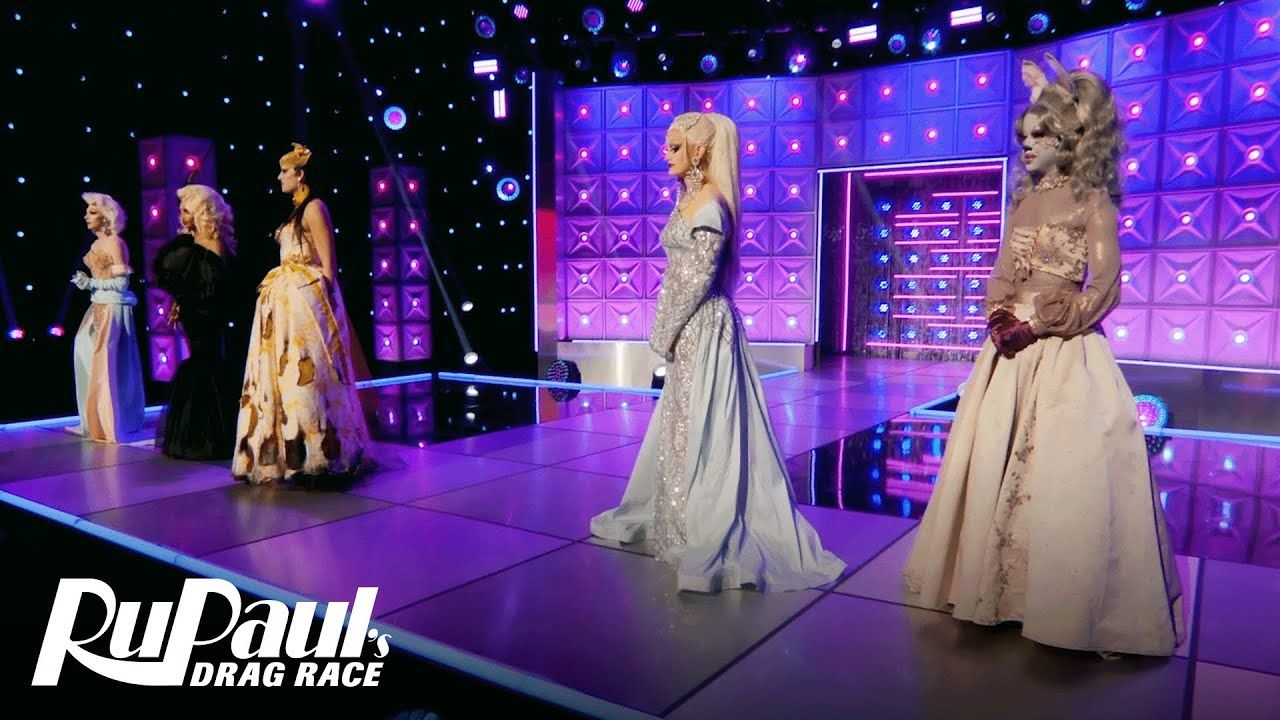 One week away from the Grand Finale, where one of the Final Five will win the crown, the contestants return to discuss some of the season's gaggiest moments.

With multiple non-elimination episodes, contestants being brought back from early elimination, and RuPaul serving up Willy Wonka vibes by awarding a golden chocolate bar save, it's seemed as if Season 14 of RuPaul's Drag Race would never end. Now the Grand Finale is in sight, as the Final Five - Angeria Paris VanMichaels, Bosco, Daya Betty, Lady Camden and Willow Pill - start their engines one last time.

But before we know who gets the crown, it's time for all the backstage drama to come front and center. Hello, Reunion Episode!

This is the first live and in-person reunion episode that the RuPaul's Drag Race franchise has seen in a few seasons, due to the COVID-19 pandemic. The contestants enter in the order of their elimination - June Jambalaya, Alyssa Hunter, Kornbread "The Snack" Jete, Orion Story, Maddy Morphosis, Kerri Colby, Jasmine Kennedie, Deja Skye and Jorgeous - before the Final Five appear.

Sharp-eyed fans may notice that Kornbread's outfit is spoofing Willow Pill's entrance look from the first episode, with the former's top reading "Ankle" instead of "Angle." Willow's original a ruse of misspelling "Angel" to trick the competition into underestimating her. As fans know Kornbread was taken out by a rolled ankle.

When sharing highlights of the season, Willow Pills admits Kornbread leaving was her low. The two became fast friends and were a pair expected to dominate season 14. One of Willow Pill's stand out performances, her first and unforgettable "spaghetti bath gate," was her season high. She shares she "wanted to defile the stage and did just that."

Standout performances were also a part of Jasmine Kennedie's season high, specifically her 3 maxi wins. Yet those major wins don't shadow her low of twinning with Herbert from Family Guy in drag during the girl group challenge. Jasmine balmes the bob and white eye liner. At least she knows what not to do next time.

Daya Betty has an interesting take with her high and low being the same moment. Of course it was her week one elimination. She shares however devastating sashaying away as it lit a fire under her to return even stronger. Thankfully Ru gave her the opportunity to comeback and conqueror making it to the final five. Mama Ru reminds us that the "lowest points can be the catalyst."

Reminding us of all the Drag Race perks, Mama Ru asks how the queens are enjoying their newfound international fame. Kerri gives a shout-out to the "trangels'' she has been inspiring and mutually inspired by. It was a "trantastic" season with Jasmine Kennedie, Willow Pill, Bosco and Kornbread coming out as transgender. Kerri also mentioned her participation in I Heart Radio's ICON Award ceremony for Jennifer Lopez. Nodding to this season's "Night of 1000 JLos," Drag Race alumnae from various cycles gathered to pay Lopez tribute, with Kerri Colby, Jorgeous, and Alyssa Hunter all representing on the scene. (And of course we can't forget a Honeysuckle favorite, Drag Race OG Laganja Estranja!)

RuPaul's chocolate bar reveal has become an indelible meme. As the first queen to open a chocolate bar, June Jambalaya is invariably the one associated with the "It's Chocolate" phrase. Dubbed the meme queen as the face for the famous line.

"If that's my claim to fame, I'll take it," she says. "I just wish I wasn't in that pussycat wig on the runway." (A reference to the wig reveal during her final lip sync on the show.)

Bosco, meanwhile, was lucky enough to be saved by the golden chocolate bar during her almost-elimination in the "Moulin Ru" episode. She notes that she was "scream-laughing" for several minutes until she had to be dragged offstage. (It's rumored that she yelled, "This season's never gonna end," but that producers cut the line from the final episode.) It was her season 14 low to be nominated for elimination by all her competitors and judges. The real kick was still making it to the top regardless, as she frames her season high to be "every opportunity to shit talk my competitors and win."

Romance on the Set?

The Drag Race fandom has buzzed about the possibility of any romantic tension between cast members this season. Are any of the rumors true?

Many fans were quick to pick up on chemistry between Angeria Paris VanMichaels and Lady Camden, who played lesbian lovers in the soap opera challenge "The Daytona Wind" (more infamously known as the fart challenge). Post-filming, Angeria has admitted there is definitely a friendship between the two with a little "something extra."

One fan that ships the pair is Ariana Grande. The superstar slid into Angeria's inbox to tell the queen herself. Lady Camden won't give any details claiming she is too much of a lady. However, when Angeria says she is not opposed to anything and likes drag queens, Lady Camden blushes with a smile from ear to ear.

During Season 14's Reading Challenge, Willow Pill teased Jorgeous that "[Orion Story's] ass isn't on the menu," a not-so-subtle reference to the fact that Jorgeous and Orion had flirted heavily with each other off-camera. And yes, showmance was in the air. Jorgeous and Orion cuddled taking advantage of being in close quarters. Kornbread is a witness to the pair being sneaky and holding hands between car rows.

Clash of the Queens

Looking back on the season's drama, we're off to the races with the conflict between Kornbread and Jasmine Kennedie. Kornbread couldn't handle Jasmine's nonstop talking, causing the two to butt heads. Angeria agrees with Kornbread that all the queens felt Jasmine was too high-energy, but June - a longtime friend of Kornbread's - and Alyssa mention that the way she approached Jasmine could have been more diplomatic.

"Jasmine taught me just as much as I taught Jasmine, even though she cut me off a billion times," Kornbread concludes as everyone laughs.

Lady Camden praises Jasmine for her relentlessly positive attitude - "a resilient cockroach," she says with love.

Unfortunately, there's no love lost between Jasmine and Daya Betty, whose rivalry lasted longer and doesn't seem to have faded. When they get revved up in the reunion, there are no apologies, only accusations that neither has bothered to get to know the other as a person following the show. However as Ru offered final words Daya took the chance to take accountability and let everyone know her line is always open.

Jorgeous acknowledges Daya's apology but Jasmine says her and Daya have to find a means of communication suitable for both in order for there to be any relationship.

To lighten the mood after reading each other all night and recapping drama, the queens play "boot or toot". Kerri Kolby's JLo dress is an obvious toot however shade was thrown from orion calling it "off the rack." Deja Skye's shoulder pads stole the show, not to mention Bosco's fabulous tutu look.

There were notable booted looks as well. The worst look however went to Maddy Morphosis, securing herself the golden boot. Bringing Daddy Morphosis was a runway mistake. Or success as Maddy is grateful she won something.

Who Do You Want to Win?

In one week the number one drag queen will be announced. Who do you want to win a one year supply of Anastasia Beverly Hills Cosmetics and $100,000. Let your voice be heard with the #dragrace.

Catch Season 14's Grand Finale next week on Friday, April 22 at 8PM ET on VH1. See what you missed on RPDR with our episode recaps here. Stay up to date on RuPaul’s Drag Race through VH1’s website.Look out for RuPaul's Drag Race All Stars Season 7 premiering Friday, May 20 at 8PM ET on VH1 and streaming on Paramount. 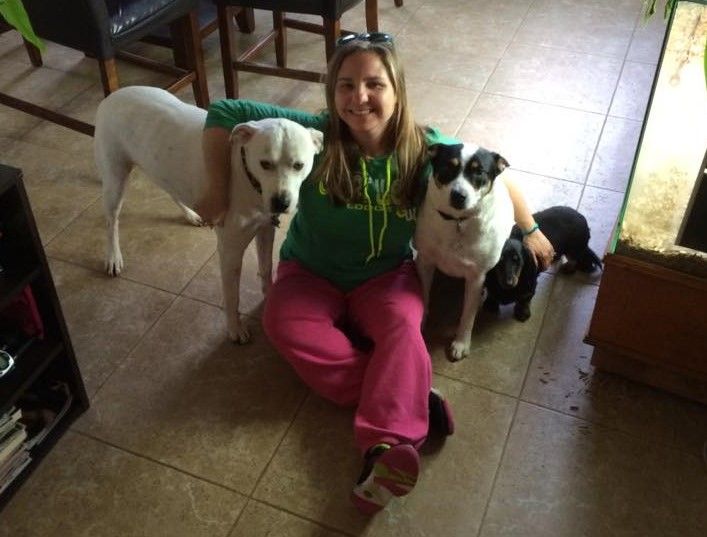 Last Prisoner Project: What 420 Means To Me, Juanita Kinsey 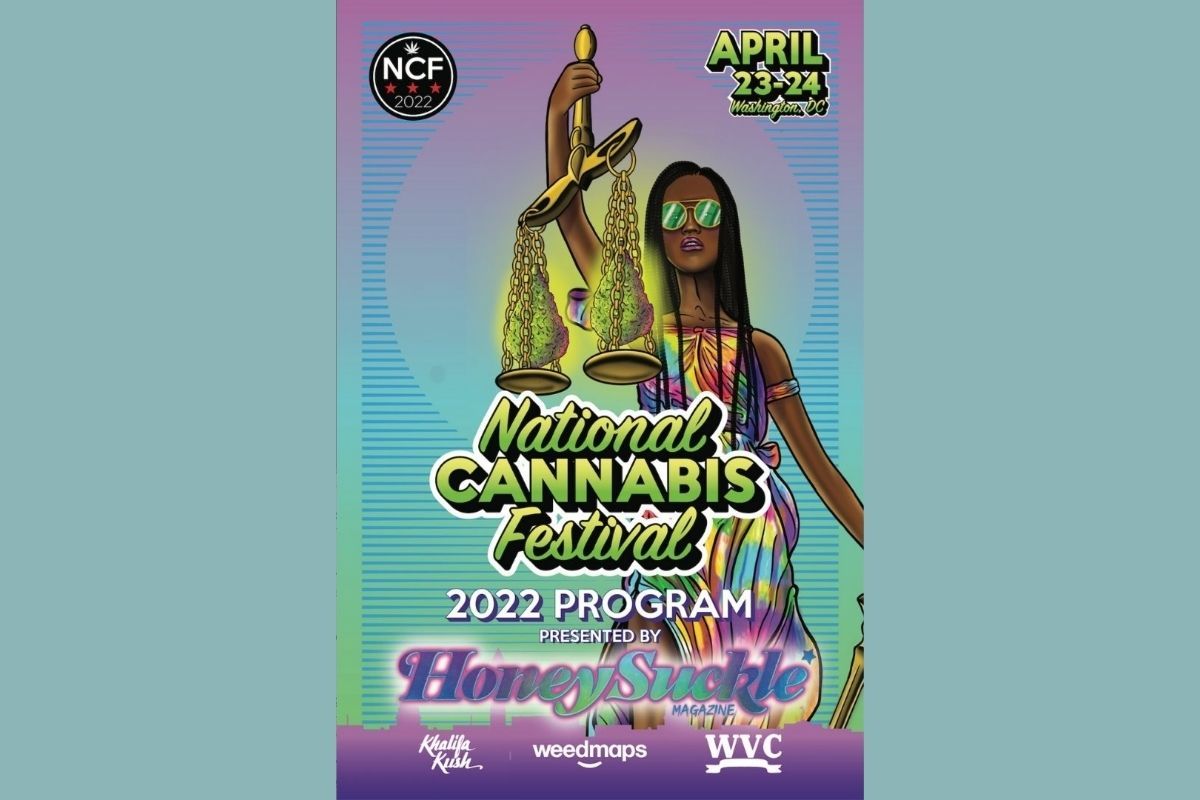