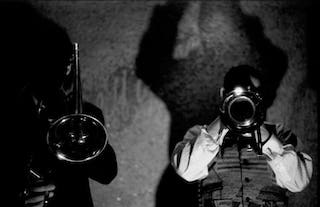 Ross Miller’s photography is dark, mystic, and curious. His images capture viewers attention, and forces them to appreciate his craft.

Ross Miller’s photography is dark, mystic, and curious. His images capture viewers attention, and forces them to appreciate his craft. Most of his images are in black and white, which captured our publisher’s attention to include his photos in our upcoming edition. Check out Honeysuckle’s upcoming Noir print edition for more of this master of the lens photos.JC: How did you become interested in Noir photography?R: Well, I wouldn’t describe my photography as “Noir photography.” Film Noir is for me specific to motion picture. I’ve definitely been influenced by Noir aesthetic but I think that is just one part of what is going on. That said, the camera work and light and framing in films like The Cabinet of Dr. Caligari, The Big Sleep, and all the films photographed by Henri Decaë have had a profound influence on how I see things and possibilities. But I can’t mention those films without also mentioning Soy Cuba and other Soviet films like Solaris, and films like Lucifer Rising and Vampiros Lesbos.I’ve always been interested in photography, I found a photo of me when I was four years old, holding a toy camera labeled “…with his favorite toy”. I recently looked back at photos I’d taken before I had decided to concentrate on photography and I was surprised to see several shots from many years ago that fit right in with my aesthetic now. That showed me that I haven’t really changed. My eye has always seen things in the same way. I framed the same way with a cheap Kodak color film camera in 1990 as I do today. I am just more aware of it now and I have a better camera and I know my black and white films better.I’d always had an interest in photography but never really did it much except for the occasional experiment with an old box camera or something like that. I recently found a roll of black and white film that I shot in Detroit in about 1991 with my Dad’s 35mm SLR that he used when he had lived in Africa. I grew up in a house full of black and white photos of Africa. That was a major influence on me. But then I was working for a company that offered to pay for a degree in Fine Art Photography, so I went back to school for a film degree. The first black and white film class I had changed my life. From the moment I started shooting, I just knew I had found something that seemed very natural for me. I hadn’t realized it, but I knew then that I had been lacking something that I now had: a new way to express my feelings about things. So that’s why I can’t call them Noir. They are much more personal to me than that.

JC What’s the allure of these black and white photos? R: That is a difficult question to answer because it presupposes that there is an allure, which is of course very subjective and is always changing. I guess that for me they represent a way of seeing. There is a book called Ways of Seeing that had a lot of influence on me. Generally speaking I’d say that my photos can convey my thoughts and ideas more efficiently than words. Ideas about beauty and love and sadness and change and time and chemistry and values, politics and everything, but also I find a way of seeing that one might not normally catch. I also think of my photographs as a still photo in a motion picture, or as a sort of storyboard. I also feel that they are timeless. I hadn’t thought much about the politics of the film negative until I had an Art Theory class a few years ago. I found out, just using black and white film can be a very political thing for some people. I use black and white film and a certain type of lens just because I think they are beautiful and like all forms of art, be it oil painting or jazz, there is always room for further exploration. JC: How would you personally describe your work?R: I use mostly black and white film, almost all of it is from factories that have closed. So the emulsions are no longer made. The emulsion chemistry of the film is how the film responds to light. So as we lose these old film formulas we are losing the palette of possibilities that comes with them. It is sad to lose that. So just being able to snap a pic with a certain emulsion has become a very rare thing. So I have a deep freezer with lots of old film that expired in the 50s through the 90s. I also use one lens for all my photos: a Leica Summilux f1.4 50mm lens. It was designed originally in the late 50s and was I believe the first lens ever produced that used computers to calculate the optics. But a second version came out in 1960 or 61 and that is the one I use. It was in continuous production until 2004 and was virtually unchanged. All lenses have different “out of focus” qualities. I love how this lens shows the out of focus part of the image and how soft the definition gets when it is used with the f-stop all the way open. It gives a dream-like quality that I have found to convey very clearly how I am feeling much of the time about the subject matter. It is that dream-like quality with the film grain (or lack of grain) that I have found to be very expressive for me.

JC: What advice do you have for a future photographer? R: If the photographer wants to shoot digital photos I don’t know much about that. But if someone thinks they want to try film, I’d say “If you really love it you will know it.” Don’t spend too much time reading about cameras and lenses at first. Just get an old camera and start shooting. If you like it, read some more about old cameras and find one that works for you. Photography is very personal. German, American, French, Japanese, Soviet or Swiss. There are lots of good old cameras and lenses. Just find a camera that works and just start taking pics. A good 70s Nikon with a fast 50mm lens and some cheap film might set you back 100 bucks if you get a good deal. If you find you love it then research lenses that express your feelings. You don’t have to look through the camera when you photograph. The act of bringing the camera up to your eye freaks people out. If you see something, just point the camera in that direction and when it feels right, hit the button. It took me a while but now I mostly don’t look through the camera and have a pretty good idea of the frame. Also I’d have to say: Always inspect your camera shutter. That way you won’t shoot for a month before discovering your shutter has a hole in it. 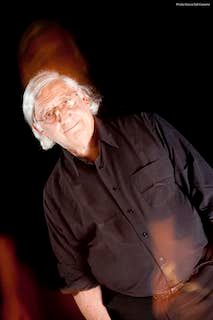 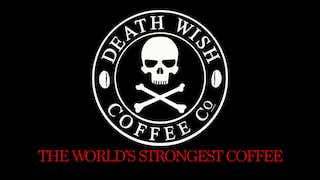