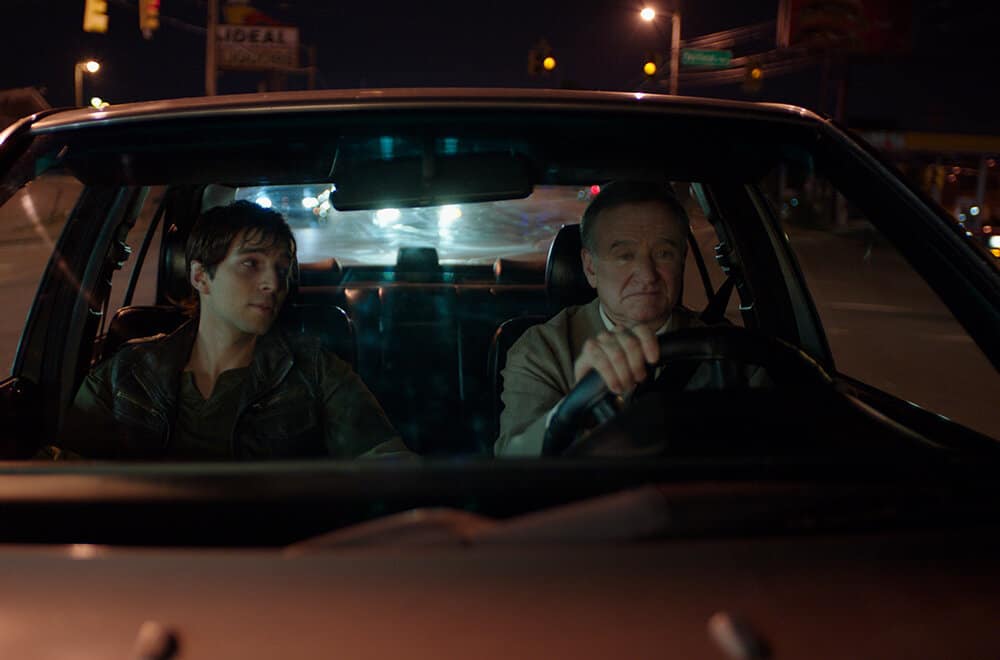 “Boulevard” is the last Robin Williams film. Honeysuckle’s Dorri Olds sat down for a 1-on-1 interview with the director Dito Montiel. In his last film, Robin Williams stars as Nolan Mack. The character is a 60-year-old man who finally admits to himself, and his wife (Kathy Baker), that he is gay.

The Catalyst for Coming Out

The catalyst for Mack deciding to come out is a random meeting with Leo (Roberto Aquire), a hooker. Leo’s beat is the street that Nolan drives down one night after work. Bob Odenkirk (“Better Call Saul” and “Breaking Bad”) plays Winston, Nolan’s loyal best friend. The movie was finished in April 2014 and premiered at Tribeca Film Festival. By August 2014, Robin Williams was dead

A Bittersweet Goodbye to Williams

It’s wonderful to watch the beloved actor perform one last time. But it is also heartbreaking. Once again, he shows his wide range as an actor. Mack is a troubled man who Williams brings to life. Williams’ desire to be a dramatic actor, in addiction to his wildly successful career in comedy, is once again apparent. His death by suicide is a tragedy. However, when the world learns of his disease, Lewy Body Dementia (LBD), it becomes understandable.

Symptoms of LBD include dementia, and a host of 40 other health problems. At the beginning, Williams experiences pain in his gut. When that subsides, he is at the mercy of terror and high anxiety.

LBD symptoms include delusions, paranoia, and hallucinations. One can’t help but think of Williams’ character in Terry Gilliam’s “The Fisher King.” And, if you’ve never seen this movie, I strongly recommend that you stream it.

See also: Psychological Thriller ‘Hounds of Love’ was No. 1 at Tribeca Film Festival

Dorri Olds: Could you tell that Robin Williams was feeling depressed?

Dito Montiel: That’s impossible to know. We talked all the time but it was about his character mainly. And he was as obsessed as I was about it. We would just talk at crazy lengths about Nolan and walk around all night while shooting. It was impossible to tell that sort of thing. You never know with anybody, unfortunately. It’s one of those weird things. He’d joke around when I’d try to give him direction about how sad Nolan was and he’d say, “I’ve done the research.” There’s a side to Robin that is outrageous, that goes on David Letterman. Then there’s the guy who goes home at night trying to sit by himself and think.

Did the story of “Boulevard” touch your life in a personal way?

Yes, a lot. Of course. Initially, I thought of my parents, because they were married for 40-something years. When my mother was 70, she decides to divorce my father. None of us can believe it. I remember saying, “Ma, what are you doing?” She was like, “Well, I’m not done yet.” So, I thought of that, and the complications of letting go. It’s funny, a lot of the people involved in the film, we all have different thoughts about it as far as what it’s about. For me, it was always a story of letting go.

How do you say goodbye to the love of your life? There’s also a coming out aspect. If the character Nolan were 23 it would be a straight-up story about coming out. But, because of his age and because he and Joy really love each other, I thought, ‘God, how hard would it be for both Kathy and Robin’s characters to say goodbye at that stage in life?’ It’s like jumping off a cliff. That’s what excited me most about it.

You shot this in 22 days, which is amazing. Did the cast have time to hang out after work?

I’m really bad at being social. I wish I was better. I go home and watch TV. While we’re working, I’m there obsessively. I don’t leave ever. And I try to work as hard as I can with whatever the scene needs, or the actors need, whatever I can do to help. It’s weird to me how doing movies is like a circus life. You attach so closely to a bunch of people and then you just go your own ways at the end of it. It’s a strange world.

Where did you find newcomer Roberto Aguire? He’s fantastic as Leo.

Yeah, he’s great. He just had the right amount of innocence. There’s so many ways you can go with a role like that. It can be someone who’s just straight up using Nolan’s character, but he was a combination of many things. I thought his innocence was kind of nice, and in a face that no one’s ever seen before. That was fun.

He lost a lot of weight for the role, right?

Yeah, because he’s this really great looking guy that looks like he could be the CEO of a company or something. I said, “Man, something about you has got to start feeling like life is a little bad or tough. You’re looking too good.” So he dropped a lot of weight in a short amount of time. Right at the beginning. Not only physically did it help but emotionally as well. You’re going through the pains of what people in this world may be going through. My method directing, I guess. [Laughs]

Leo and Joy seem similar in that both are cut-off from their real feelings. Joy was in denial about her marriage. And Leo was willing to be paid for sex but not friendship.

Yeah, with Joy and Nolan, it is a friendship, a partnership. But not physical in a long time. With Leo, his attitude was, “Sex is what we’re here to do, don’t complicate it.” I tried to be harsh on set, unfeeling, but Roberto kept saying, “Why don’t I want to talk to him?” I’d say, “Because it’ll take longer to get your money. Leo wants to get his money and go home.” But Roberto brought a nice thing to it. Yeah, where it’s hard to get emotional with someone when he doesn’t want to bring up those feelings he was repressing. It’s one of those complications that are fun to film. 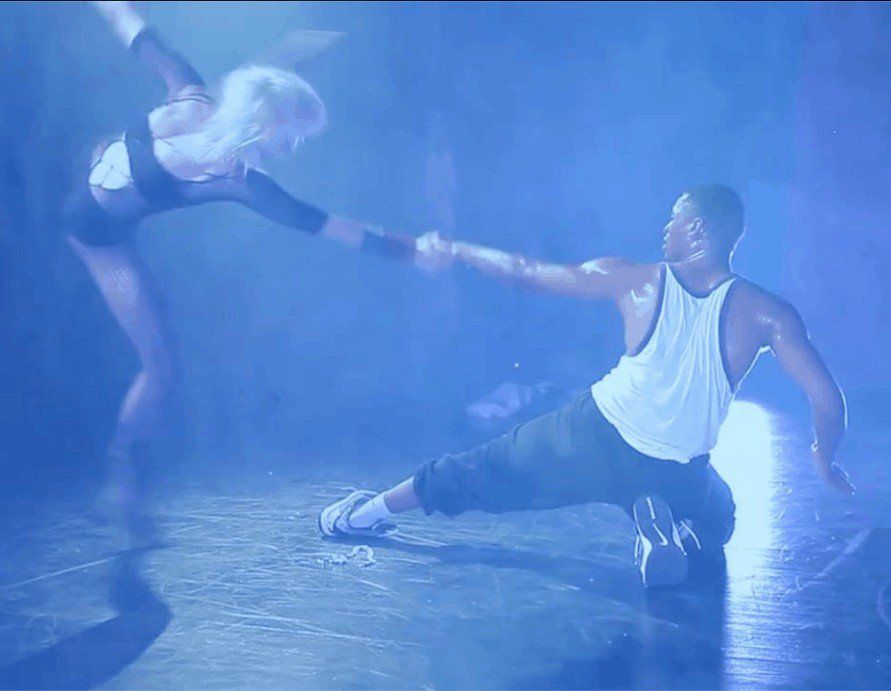 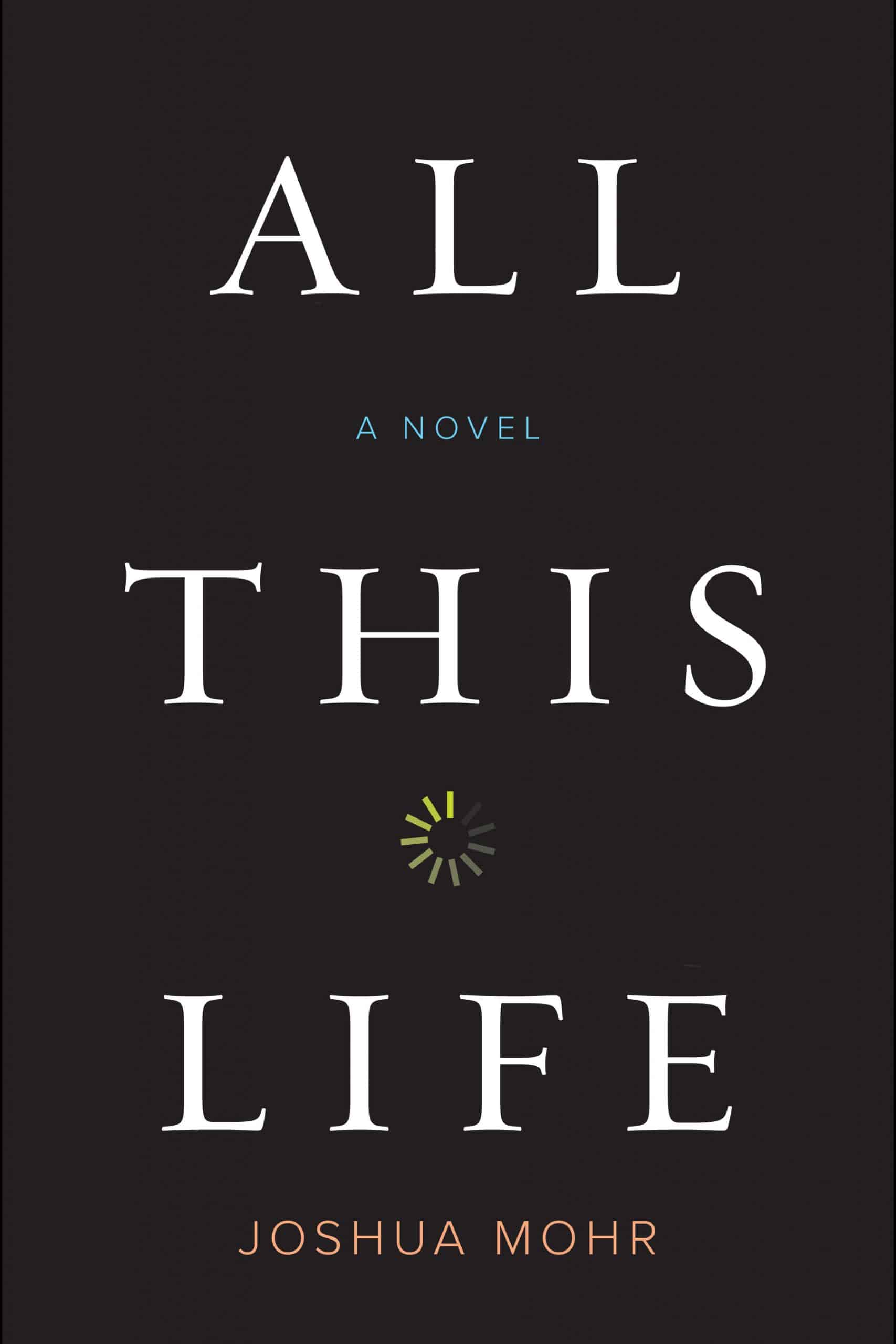