Out here on the East Coast, we have a special tradition of firebrand speeches given in barns, churches and gathering halls dating back to the earliest days of colonialism. Think Patrick Henry when he announced, “Give me liberty or give me death.” The smell of wood timber. The subtle stifle of a hot summer day not cooled by the setting of the sun. This is the venue for Steve DeAngelo’s Juneteenth oration, set on an estate in the sleepy Hudson Valley town of Saugerties. But instead of revolutionary war slogans, veteran cannabis pioneer DeAngelo  paraphrases Louis Armstrong’s weed dealer (Mighty Mezz): “ Jazz was the sound that the Blues made when  slavery ended and freedom happened. "

Honeysuckle Magazine was kindly invited by luxury lifestyle cannabis brand HERBN Couture to attend DeAngelo’s historic speech in honor of the holiday. Juneteenth and cannabis reform walk hand in hand. Juneteenth celebrates the real date all Black women and men were finally freed in the United States (two and a half years after the Emancipation Proclamation [and yes, of course it was Texas that was the last to give up slavery]). But after the legal erasure of institutional slavery, those who sought (and still seek) to control Black bodies found another means to their end in cannabis prohibition.

Enter the Constitution’s Thirteenth Amendment. Basically 13A allows for modern-day systemic slavery via the prison-industrial complex as long as the person has been convicted of a crime. And what crime perfectly rounded up all the Black, brown and nonconformist communities? Cannabis prohibition.

The event was hosted by HERBN Couture's president and CEO, Ruben J. Lindo, a former professional athlete turned author and innovative entrepreneur, as well as Blakmar Farms.  The true hero of the night, Lindo humbly proclaimed, "I'm not looking to be a torch bearer. I'm not an activist, I'm a business leader, I'm a thought leader, and more than that, I'm an actionist." Before handing the mic to Steve.

Main sponsors were the Hudson Valley Cannabis Industry Association and the New York City Cannabis Industry Association, with special guests from all over the cannabis community, including Norman Birenbaum, Director of Cannabis Programs at the New York State Executive Chamber under Governor Andrew Cuomo and President of the Cannabis Regulators Association. It was a perfect amalgam of New York's elite business leaders and cannabis advocates looking to create a super hub within the state's newly-regulated industry.

In his speech to the packed space, Steve DeAngelo, the “father of legal cannabis,” shed further light on the history: “Cannabis came to North America [around] the turn of the last century.  One vector was the hands of Mexican refugees coming across the Southwestern border fleeing the violence and the chaos of the Mexican Revolution, which broke out around 1910. At that time, cannabis was integrated into the folk medicine.” Then, “through the hands of Afro-Caribbean sailors in places like Trinidad and...Jamaica from places that had a long history already of using cannabis for medical purposes for sacramental purposes.”

The best antidote to the U.S.’s racist policies against the plant are contained within New York’s landmark, world-leading, progressive cannabis law: The Marijuana Regulation and Tax Act (MRTA), passed in March 2021. Although implementation still remains to be seen, DeAngelo glowed when it came to the possibilities of this new law. “But the extraordinary other aspects of the law are just really groundbreaking. Micro license or the cottage license, right. Where you actually create a license category, that's easy enough and accessible enough. The majority of the people who are supplying the market now to be able to come into the legal market.”

What this means in layman’s terms is that under MRTA, small businesses - and particularly BIPOC-owned businesses - will be granted opportunities to overcome previous barriers to entry into industry licenses, where the most viable potential for a company’s success lies. Previous regulations have upheld rigorous standards of licensing fees too high for many small businesses to pay, or excluding anyone with cannabis felony or misdemeanor charges from participating in licensing or retail ownership. All of these practices have led BIPOC communities to be largely locked out of the greatest economic profits from an industry they sacrificed to build. With new provisions through MRTA, there is a chance to begin reparations.

“Maybe you don't realize how extraordinary that is, right?” DeAngelo continues.  “But everywhere else. The intent or at least the effect has been to exclude the legacy operators.”

The only thing reading these words doesn’t convey is the thunderous applause.

So when Ruben J. Lindo, HVCIA, and NYCCIA gathered Hudson Valley Cannabis’ finest, it wasn’t a proclamation to “give me liberty or give me death, but simply, give us liberty. And on this Juneteenth, that has been too long coming. 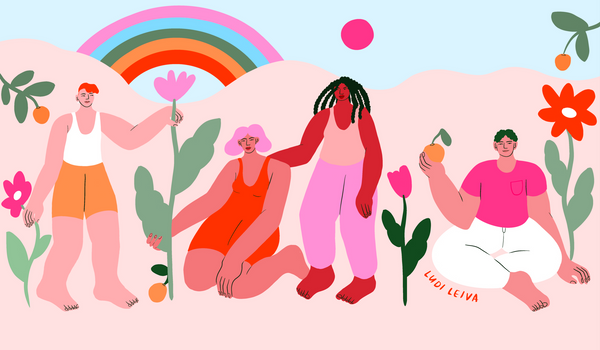