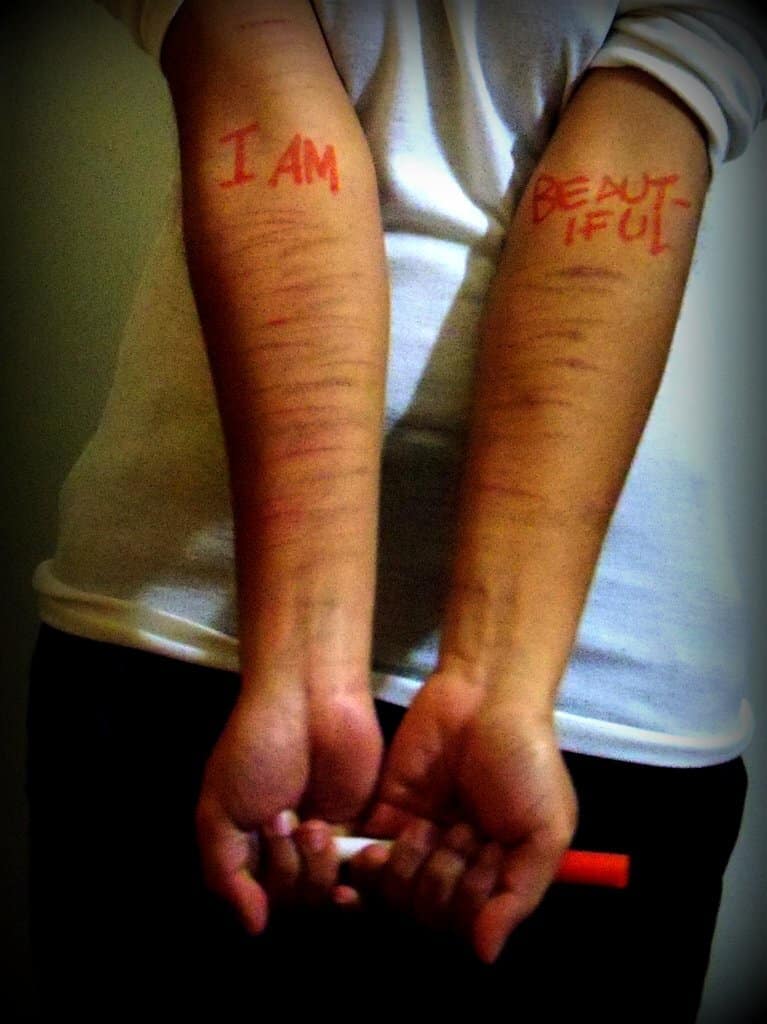 Relapse - and the removal of Dirt

The circle of chairs for morning process group blurs over the years for the chronic relapser.

The circle of chairs for morning process group blurs over the years for the chronic relapser. Faces meld together. With each treatment admission the same rhetoric resurfaces, “ Do I know you? You look familiar. Where are you from?” Sometimes you know the person, sometimes you don’t.One face stood out for his unique situation. It made for great counselor-client banter. The client, Greg, was once a therapist at a prominent rehab in Connecticut and had relapsed. The counselor, Dave, took a special interest in him and often singled him out during group. Towards the end of Greg’s stay he did it more frequently. Four days in a row Dave kicked off group with an open statement directed at Greg:“ Greg, would you begin today?” or“ What’s on your mind Greg?”On the fourth day Greg snapped.“ Why the fuck do you keep calling on me, Dave?”“ Why do you think, Greg?”His anger quickly transformed into tears. It was shocking how fast the water welled and raced down Greg’s cheeks. I was finally paying attention.“It’s my fucking wife. I just want to flatten her big fucking nose.”Everybody laughed but Greg.Greg was my first exposure to someone in the treatment industry relapsing on drugs and alcohol. The second was myself.Fast-forward several years. I was the manager of a sober living and using drugs in my room. Paranoia ran high. Shooting cocaine does that. The doorknob became my worst enemy.

Hour after hour, I focused on it- noticing an imperceptible jiggle that was often accompanied by a booming baritone:“ Chris, what are you doing in there?” or“ Open the door now!”But there was no one on the other side of the door. A different voice, the voice of “reason”, told me not to open the door. It told me I was experiencing a new level of psychosis that accompanied a new level of demoralization. I semi-believed the voice and was left in a quantum state: there was simultaneously someone on the other side of the door and someone not on the other side of the door. I elected to do nothing. And shot more coke.Luckily, there was some oversight and I entered treatment before the repercussions of my using seriously extended to those that were under my “care”.The relapse took on a new meaning. Unbearable shame surfaced through feelings of moral bankruptcy and shattered identity. I thought of Greg, yet there was no nose I wanted to flatten other than my own. Even the drugs didn’t work. It had been years since they could assuage guilt or ameliorate the heavier emotions.I remembered the grainy footage of Terrance Gorski that was a rehab favorite. He spoke of a critical state that many chronic alcoholics encounter- the state where life is unfathomable with or without drink. Gorski goes on to say that this is the point where many people take their own lives. Bill W (founder of AA) calls it the supreme sacrifice.Years ago, I was privy to this information. A wise man might learn from the words of those gone before him. But not me, I considered it silly. “ Not this one!” a cocky voice said from inside, “ I’d never do such a cowardly thing as suicide.” Yet here I was staring into the abyss and thinking the cowardly thing would be to not kill myself.I’d love to say that a brush with suicidality facilitated some sort of epochal moment wherein I was thereby cured, but that wasn’t the case. Sudden, effortless turnabout thinking cannot be relied upon for this alcoholic. For years I waited for my white light experience- the moment when God would zap me with a thunderbolt and goad me into change. This thinking is purely alcoholic- or pure laziness. I’m not sure which. God may hold my hand or even carry me, but he isn’t going to pick me up and fly me through life. If he were to do so, it would rob me of the experience of life. It would rob me of the gift of life.So where does this leave things? Action…. Specifically, spiritual action. I have difficulty embracing such words when it isn’t for self-seeking motives… which is why I ended up at the end of my rope.Spirituality can feel like a foreign concept, although I do understand what spiritual principles are. These consist of things like honesty, humility, acceptance, gratitude, generosity, compassion, and forgiveness. Some of these come naturally, while others require effort. The ones that require effort are generally the most beneficial ones. Yet every time I am on the other side of a spiritual deed, I tend to forget that it was the deed that made me feel better. It was the deed that allowed me to feel peace.Luckily, I have a beast inside me that must eat spiritual deeds or it will eat heroin, cocaine, and vodka. If it eats the latter, I will die- whether it be by accident or on purpose. If it eats the former, I will have a wonderful life. The choice seems simple enough. That’s why I consider the beast a blessing. It’s all in or OUT.

There is no middle ground.The choice to live spiritually was a simple one once I knew the stakes, but it wasn’t easy. The spiritual life doesn’t come naturally and requires practice. It seems more difficult to revert to old behavior when I string spiritual deeds together.The decent into the abyss is just as gradual as the ascent out of it. When I do the next right thing, miraculous things happen. I become a better son, brother, partner, employee, etc. Life becomes about fulfillment rather than achievement. I don’t stare at the doorknob of my bedroom and hear voices. I’m not preoccupied with income. I stop worrying about the future and deep down I know everything will be okay.So the take home here is a recycled view on the ancient wisdom that suffering is the pavement on the road to happy destiny. A French mystic, Madame Guyon, said, “It is the fire of suffering that brings forth the gold of godliness.” I couldn’t agree more. All of my personal growth has been the result of spiritual action that was brought about through suffering.The catch is that suffering is inevitable, but growth is an option. I can fester in my own filth for years before I decide to grab a loofa and scrub clean. Luckily, some of my dirt is deadly so it must be cleaned or I wont be around for very long. The less pungent stuff takes a lifetime to remove. And it keeps coming back.The dirt is essentially spiritual antonyms. They are the root cause of my suffering. I identify heavily with Catholicism’s Seven Deadly Sins: greed, wrath, pride, sloth, lust, envy, and gluttony. With enough contemplation, I can almost always trace my suffering back to one of these. Pride is a big one, no pun intended. It should have been first on the list.So what is the solution, the soap that cleans the soul? Spiritual deeds!Sometimes it seems that the purpose of life is the removal of our dirt, the procedure of getting clean. Real fulfillment seems to coincide with this process. Yet it can feel contradictory to our nature, which is a lie. I like to think of God as a benevolent, non-cynical version of Mr. Burns from The Simpsons. When we finally learn (and grow) from our suffering, he is up in the clouds steepling his fingertips.“Excellent.” 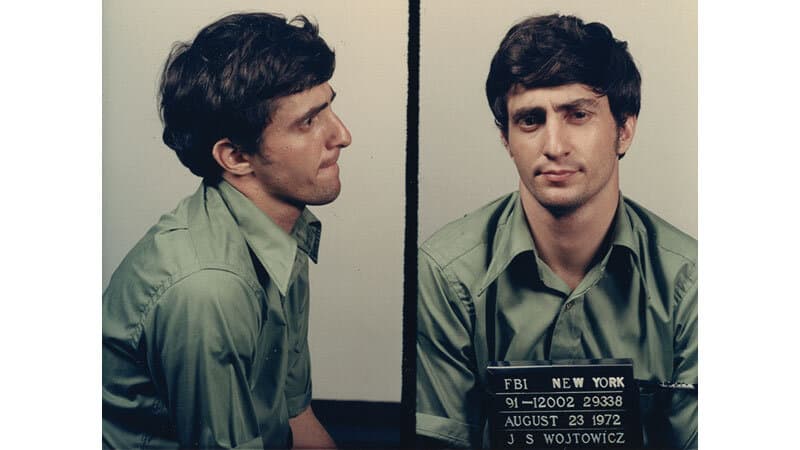 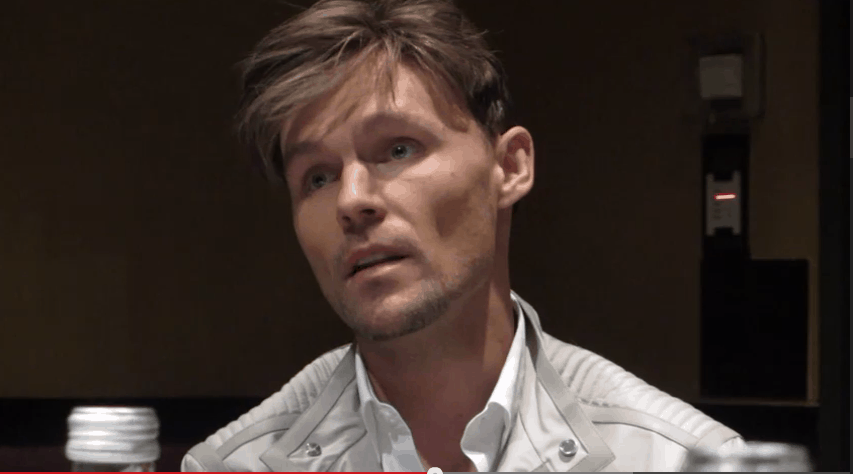