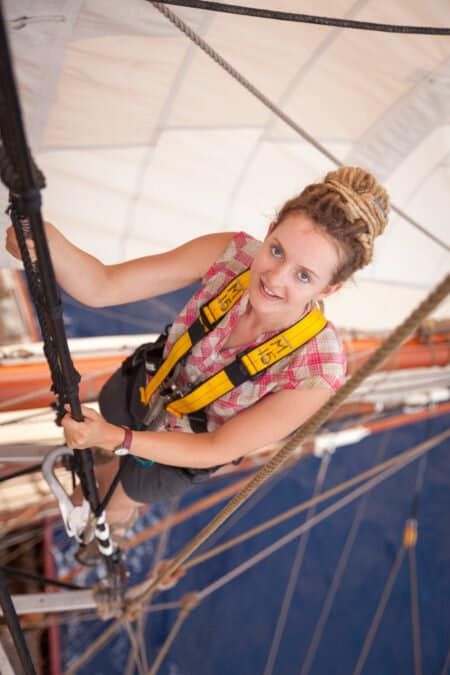 I wanted to be independent and show that I didn’t need a man to have a fulfilled life.

As a single twenty-year-old college dropout, confused with life, I was desperate for a job and equally eager to exchange my boring Dutch hometown for the world. While most of my friends were already committed to long-term relationships, I wanted to be independent and show that I didn’t need a man to have a fulfilled life. Sailing the globe seemed like the ultimate freedom: I longed for the comforting sway of the ocean to carry me to exotic locations.

Trying To Tackle The World

As a feminist, breaking into a male-dominated industry, like ship handling, posed an appealing challenge. My parents were already used to seeing me undertake adventures, but this time, when I told my mom I wanted to sail for a living, she laughed and said: “You, a sailor? You get sick even if you sit on a swing for just a minute!”

Although she was right, my mom’s reminders failed to change my stubborn mind. To prove I was serious, I signed up for an ocean-crossing and flew down to South Africa, ready to embark. It was at my hostel in Cape Town that I first met Natalie, a British twenty-four-year-old who was also joining the ship. Together, we crossed the Atlantic Ocean as deckhand trainees. We covered 3,445 nautical miles all the way back to Europe. Since we had to share a cabin and were part of the same work shift; we soon formed a close team.

On the morning of departure, I watched the Lion’s Head mountain disappear into the mist, while the ship slowly drifted into the vast grayness ahead of us. Meanwhile, I frantically sucked on ginger candies that supposedly prevented seasickness.

From day one, I was determined to do everything I could to impress the captain. “All hands on deck!” he yelled. Whenever the weather changed, his long white hair would blow in the wind. Believe me, my hands were out on that deck and it didn’t take long before the blisters came. Pulling on ropes at “one, two, haul” from dawn to dusk quickly turned my carefully moisturized hands into thick-skinned tools.

If we needed to change course, I was the first to climb up into the rigging, hoping my hands wouldn’t forget to hold on as I stretched and attached sails. No matter how seasick I got, I would throw up over the railing as “casually” as circumstances permitted, while assuring the first mate with a: “Really, it’s nothing – I feel great!”

Meanwhile, Natalie made use of different strategies to get herself noticed by the crew. One day I caught her in a corner with one of the sailors practicing seaman’s knots. “Wait, what’s happening, did I miss a class?” I said, as I rushed up to them.

I quickly realized something strange was going on; hadn’t we already gone over this last week? Why was his hand on top of Natalie’s? I had clearly interrupted more of a private session and was a total idiot for not noticing. Just when I thought I had my dream job within sight, she made a move that I had fatally forgotten to consider: the ever-effective power of flirtation.

Eventually, she ended up in his bunk bed, he recommended her to the captain, and I was left empty-handed. My display of dedication bore no chance against such a strategic seducer; Or at least, that’s how my jealousy tricked me into labeling her.

I found myself pulling my shirt lower and pushing my behind further out, stupidly smiling at any sailor that forgot how reckless a woman running out of resources could be. Try flirting when you are actually panicking; it’s anything but easy. The corners of my mouth curled upwards into a fixated cramp and the laugh that followed involuntarily reminded me of a hyena’s. Point being: I had lost.

After my anger subsided, I comforted myself by thinking that Natalie had been a tragic, but typical case of #MeToo: a young woman who tried to start her career, but was taken advantage of by a man in a powerful position.

Poor Natalie, I thought, while patting myself on the back: at least I hadn’t gone as low as to resort to hook-ups for a job.  Then a sailor-friend of mine cared to clarify my thoughts: “You do realize that in truth she really liked him, right?” Yes, she got the job because she slept with a high-ranking sailor, but he hadn’t forced her. Ironically, the only one who had tried to flirt to get into this male dominated world had been me – not a particularly independent move after all.

Looking back at these events three years on, I was amazed at how my jealousy had twisted reality to its own liking, by making Natalie look bad. I was even more embarrassed by how quickly I had thrown my own feminist principles overboard, as soon as I saw a chance of benefit. Although, I still doubted the morality of Natalie getting the job instead of me. I realized that she had in fact, been a better fit for the job. At least she never got seasick and really enjoyed sailing. While I myself, was deeply relieved to step off that ship and feel stable ground underneath my feet again.

Admittedly, it was still hard for me to look at travel photos of her on snow-capped mountains and sandy beaches on my Facebook feed. Even though I hit a dead-end in my sailing career, I quickly found new direction by going back to college. My studies have turned out to be an even bigger adventure within themselves, taking me across Europe and all the way to New York City. This time around, my hard work has paid off: I just got into Oxbridge for graduate school with new dream jobs in the making.

Simone Eringfeld is a Dutch writer, traveler and street photographer based in NYC. She studied Literature in Amsterdam and is moving to the UK for graduate school next. Visit her website simoneeringfeld.com or follow her on Instagram (@simone_eringfeld). 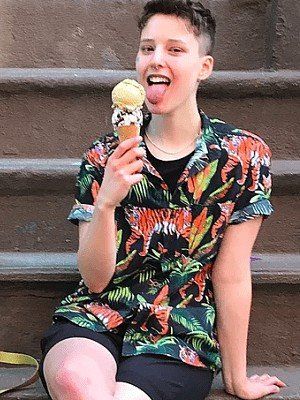 Transgender and Building Their Home: The Poetry of C.J. Strauss 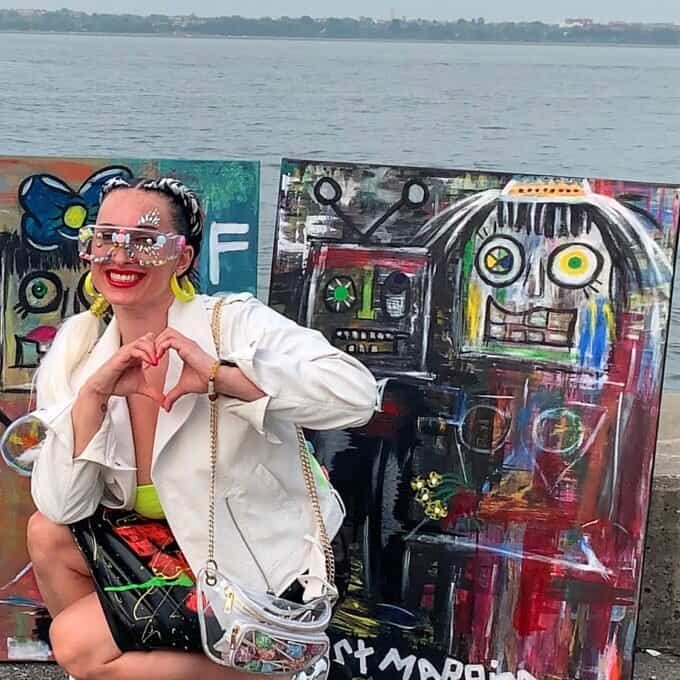