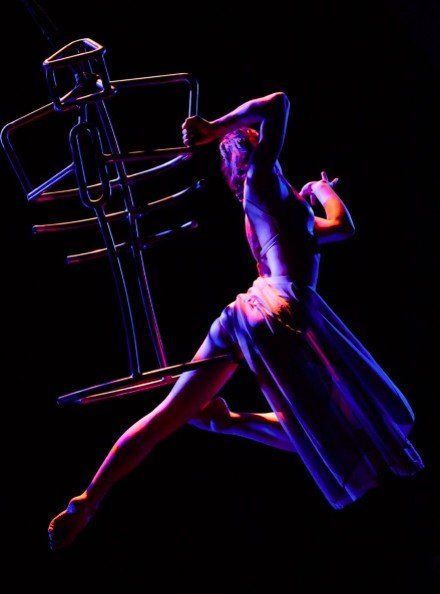 Rae of Mars: Builder of Worlds

Rae has begun to redefine aerialist performance away from a gender binary model and more.

Through a happy fluke at the Poetry Brothel, Honeysuckle met Rae: the genderfluid poet, performance artist and aerialist who is building worlds on and off stage. Rae has been performing for all of their life– they did theater religiously as a child, before realizing that gender normative plays could not feel like home for them. They turned to written and spoken poetry, and eventually to aerial performance, as expressive outlets and ways to communicate their own truth with an audience. By “eventually”, we mean at age nineteen. In the decade since Rae’s ascent into the professional aerial scene, they have begun to redefine aerialist performance away from a gender binary model, and they have invented an innovative new suspension system called Lazarus. We were lucky enough to discuss all of this and more with Rae, themself.

HONEYSUCKLE: How did performance art and aerialist performances become primary form of expression for you?

RAE: My background is in theater and poetry. When I was younger, I loved theater. I always wanted to do it. And as I got older, I realized that I was not going to be [cast] because of the way I look. That got boring, so I started doing immersive theater in the city. My sophomore year [of college] I ended up working for this cabaret, taking souvenir pictures at this place. And I asked, “do you have to know what you’re doing to do the aerialist work?”  And [my coworker] said, “no.” So, I took her class. And it snowballed. One class became two-a-week, and then became intensive; the next thing I knew, I was doing it professionally.

HS: It sounds like you really found a passion in that.

RAE: As a poet, I feel like I can express things. I always look at it as performance poetry. But in the other way, I think when you’re just moving people have all this room to interpret things personally.

I also think that living in 2020, there’s a general shortage of wonder. And part of the reason I love aerial is that that’s still the real, new art.

HS: How does the emphasis on the body in these forms of art interact with your gender identity and expression?

RAE: I identify as gender fluid, and the idea of the binary is not something that makes sense [with] how I feel and see things.

From a binary standpoint [of aerialism], you have a lot of women who are really strong, doing these really strong things, and people are impressed by that. But as a queer person, I love it because I feel like when I’m making the work that I want to make, I have this total control over it. I talk to myself and I’m doing everything; it’s a language that transcends.

When you’re watching somebody perform, and it’s a really powerful performance, you stop thinking about them in terms of their gender. That’s part of the reason why the Lazarus it’s designed the way it is. I wanted it to be a humanoid form. But when you’re watching, it feels like an extension of me as an aerialist.

There’s this whole ongoing conversation about aerialists who can’t find a place to make their art, and there’s so much shit that the party scene is where the money is. And the problem that I have with that as a queer person [is that] I feel like it’s very hard to be in [those] spaces and not be a girl. It’s a big reason why I’ve taken a bit of a step back in the last year. And also, I feel like I want more. I want more connection with my audience.

The way that performance is tangled up with nightlife takes away some of that meaning and that connection. There’s a lot of celebration in it. But I think that a lot of times, you’re performing for an audience that doesn’t understand you.

People hire you to do a show out a club that’s like, “Let’s celebrate queerness.” But a lot of people in the audiences are like, “Oh, queer, that means drag.” They’re not even thinking about what that means.

It’s different for people with bodies like mine. For the most, part when I’m working, I wear suits. And unless I’m in a suit, and I’ve just had my head shaved… for the most part, you’re doing aerial without a lot of clothes. And people still associate [ariel] clothing with a female persona, which is hard to work out. I mean, I’m pretty flat. I have more muscle than a lot of women. So, I can work with that, or I can wear a binder or whatever. But the truth is, I love drama and I love to dress up.

I think I’m more freed up to be that when people are paying for a show.

HS: Could you tell me about the queer, creative community of which you are apart?

RAE: I love the creatives. There’s a lot of crossover in the drag community and the burlesque community and kinds of side-show, freak-show [acts]. And there are not a ton of stages where we have our art. I think people assume like, “Oh, New York, so much goes on there.” But if [this is] your specialty, there’s actually a pretty limited set of [venues] for performing.

So, it becomes this family. The community is a family where people have different little homes. As far as training or performance goes, people are stubborn or have to search. But I feel like there’s this underlying sense of support and understanding within queer performance, the specialty performer world, that is really strong. I think that’s really important because there’s also a myth, a shitty undercurrent of competition and a race within the aerial world.

HS: Just to backtrack a little bit, can you tell me about how Lazarus was born out of this community? How did you come up with such an innovatively shaped suspension system?

I worked in a duo for about five years, for most of my professional career. This partnership was a really informative moment in my life, and I threw myself into it, and I cared about it. So, when we split up, it was really it was really emotional for me. Even the week we split up, I was [thinking about] Lazarus. I wanted to make a shape that could be pursued. I was calling it the Invisible Partner for a while. I really was  attempting like, is there another person? Is it a partner?

So, the first step in meeting Lazarus [was to] start defining my own self again.

HS: On that note of building, it seems like your main goal is to build worlds. Can you tell me what that means to you?

RAE: When you provide a space, whether it is a physical set or an emotional moment, that contradicts, elevates or spins reality or the expected, people want to go there with you. And when people go there with you, they experience a kind of magic. I think this magic is accessible all the time with the right intention, construction, resources and with vision. I think accepting the “normal” every day is, in a sense, giving up; I think [that] in embodied, immersed, honest performance we are transported.

When you’re letting someone into your world, it’s also an alternative, slightly holiday world. They have experiences that I think are unexpected and transcendent of people’s everyday lives.

HS: How have you seen the aerialist and performance arts worlds change over the past decade?

RAE: When I first started doing aerial, we were creating shows all the time. Even as I trained harder and got better, years went by and I entered into new spaces, different groups with different people–we were all trying to produce work; painting sets, choreographing, building costumes, choosing or creating music, rehearsing, presenting. The audiences were not giant, but the culture was focused on artmaking and building a community through that. There was also a vibrant underground party scene, and the parties felt in tandem with art. The scene was in many ways smaller—not because there were fewer of us, but because the audience was smaller.

So. The audience is bigger now, but it’s a different beast. This is the world of nightlife, the Manhattan party scene, and a largely changed clientele— so while we are no longer underground, we are very much a part of this specific culture, and it’s changed a lot of the performance. A lot of those audiences are looking for different things, paying for different things when they’re paying for a night out. I feel that some spaces–the events and parties which are more experimental, the theater shows which are starting to incorporate circus arts–are more open to engaging with performance than others. But a lot of times, aerial becomes background. Meanwhile, alongside this race for the same handful of often underpaid gigs, people struggle to find places, spaces or time to showcase their artistic projects—especially the ones on a larger scale. You’ll see more variety shows coming out of that struggle, self-produced stages where artists and their peers can present in a semi-consistent space. There is a ton of drive and desire for this work, but it’s extremely difficult to make it a reality today. So, the growing scene is a double-edged sword.

See and hear more of Rae at raeofmars.com!

Annie Iezzi is a student at Barnard College of Columbia University, studying English and Political Science and writing in her scarce (and cherished) free time. 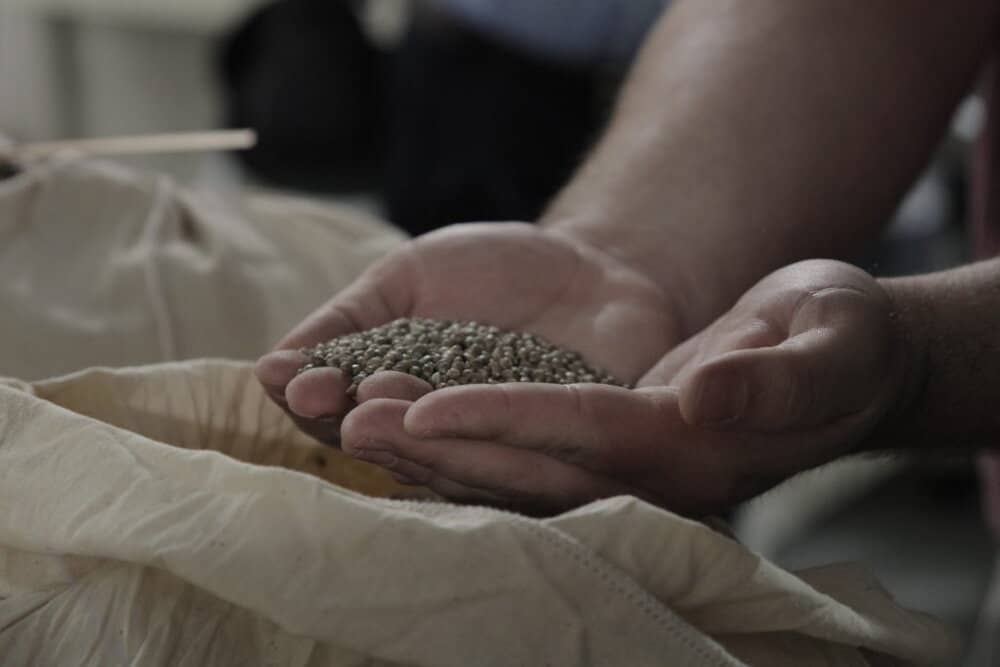 How to Plant Cannabis Seeds Indoors 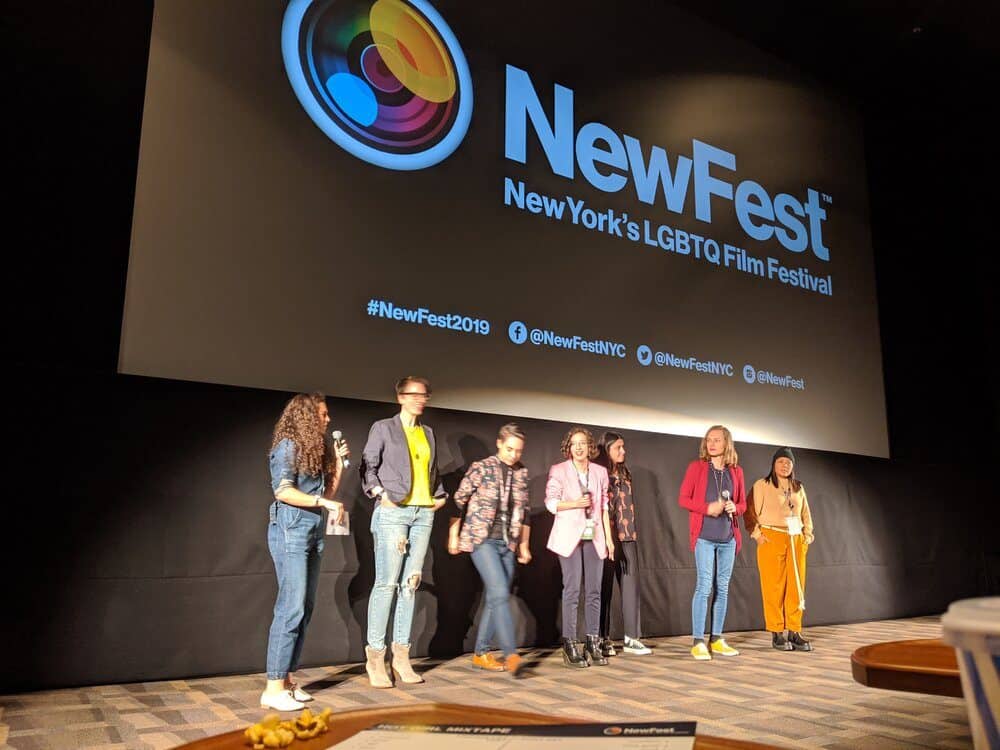