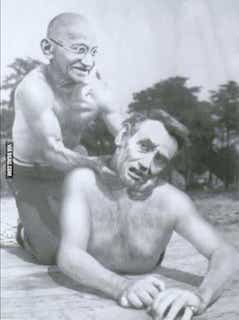 STRANGE MUSINGS ON A SAD AND UNFORTUNATE WORLD

These ranged from serious civil rights complaints about inhumane conditions, rapes, and guys that were incarcerated in Supermax cells, to a guy wanting to sue because he was a vegetarian and they put ham on his plate.

I was fresh out of college when I got a job with the ACLU (American Civil Liberties Union) working with prisoners. They told me afterwards that a big part of the reason why they hired me was that they thought I would relate well with the guys that were locked up. Thanks. I guess.Right from the start it was a wild ride. When I first started there was a backlog of complaints for me to deal with, the job had been empty for quite some time.I would get most of my complaints by letter. These ranged from serious civil rights complaints about inhumane conditions, rapes, and guys that were incarcerated in Supermax cells, to a guy wanting to sue because he was a vegetarian and they put ham on his plate.One guy was in there for killing his mom. I met with him a few times about different issues, I did my best to look past what he did, he was severely mentally ill. He sent me a drawing that he did of Gandhi strangling Lincoln. Lincoln’s top hat was all askew. He wrote “ Dear Brian, I thought you would find this amusing.”The fucked up part was that I did.But this dude just killed his mom, it wasn’t like he fucked kids or anything. That was a whole different ballgame.There was this one guy I knew that was in prison for molesting a kid. He told me that he had his paperwork forged so it looked like he was in there for manslaughter. He was pretending to be in there for killing someone. It’s an interesting concept. Not that I am saying it’s wrong. I mean molesting a kid is wrong, but you know the concept that if you are in prison for killing someone you get some slaps on the back and some cigs. If you are in there for messing with a kid you get fucked up.You get fucked up to varying degrees.There were a few different types. One dude in county jail was in there for banging his 15 year old girlfriend when he himself was a 19 year old who had Asperger syndrome.   It’s hard to get laid when you have Aspergers. You know, that whole “social cue” thing. He had no idea there was anything wrong with what he had done, and was quite confused as to why he was there.Another prisoner I knew was basically like a kid himself. He was a tiny little guy who obviously had some signs of mental retardation. His name was Robert. He was a diddler and was always getting the shit kicked out of him by other inmates. He told me they wouldn’t let him in protective custody because he sucked guys off too much. ( I am not sure what constituted “too much” as opposed to “enough”.) One time he wrote me a letter.   It said this in its entirety. “Dear Brian, I am homosexual. For you.” I was flattered.Another guy would write me these long letters about how this 13 year old chick that he had sex with was asking for it. In his letter there were lots of implications about how much she flirted with everyone, and the type of clothes that she wore. Not a good strategy. I could picture him in court. “Yeah your honor you should have seen how she looked at me, I had no choice but to fuck the shit out of her.”There were all types and all classes. There was a professor of sociology that was busted for having sex with all sorts of homeless 15 year old girls that he was working on a project with.There was the Pumpkin man. This was a guy, I shit you not, that would approach kids wearing a pumpkin mask. He would carry around with him a list of payments for “helping pumpkin” perform sexual acts. These consisted of things like “put lotion on the pumpkin. 5 dollars.” I mean I am no expert but that really seems like something that would make children run in horror, but what do I know?There was another guy I worked with that was not in prison, but that was on probation. The police chief in my city was really into calling the media and showing up at the doors of guys that were on the sex offender registry. He would show up and basically announce there was a diddler in the neighborhood. The neighborhood would then do it’s job and freak the fuck out and harass the guy until the guy moved out.This guy called me up and said it was against his constitutional rights, that he had lost his apartment because of what the police chief did. I was kind of interested in it and was thinking of trying to help the guy. That is what we good civil libertarians did after all. Then it turned out he had started working at a concession stand selling hot dogs at a little league field. I know that sounds like a euphemism but it wasn’t. This obviously was a violation of his probation.I felt bad for him, I really did. I felt bad for all of these guys. When it comes to pedophiles and other people with weird sexual urges, our society is all about punishment, not prevention. We don’t want to help people who we think could mess with our kids. We want to pretend they don’t exist until they do mess with our kids, and then we want to punish and make an example of them. Even saying the words help and pedophile in the same sentence pisses people off.But I did try, as much as I could, but when the guy went back to jail for violating his probation I didn’t feel that bad about it, at all.Brian Whitney is author of ‘Raping the Gods.’ 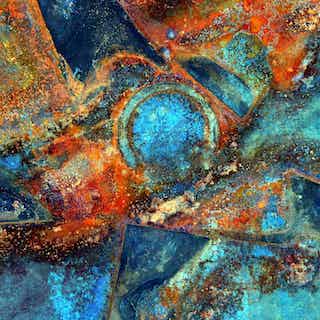 The Deconstruction Song of Henry Avignon 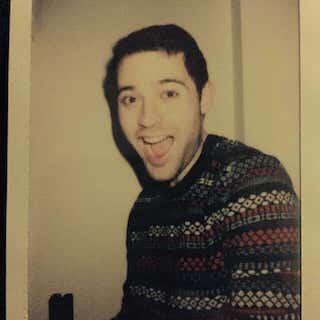