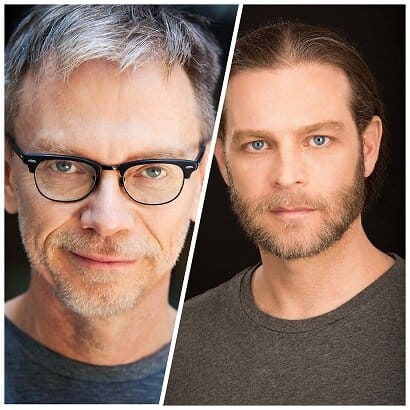 We recently reviewed The Other Day by award-winning playwright Mark Jason Williams, completing its run at the 14th Street Y. In this sophisticated yet down-to-earth tale about love, addiction, and maturity, two gay men meet at a substance-abuse support group and spark a connection that blossoms into a life-altering relationship. Surprises lurk at every step; between laughter and tears, there’s much learning to be done, because at the end of the day all wild things need to fly.

Honeysuckle’s Managing Editor Jaime Lubin sat down with Williams – and one of the play’s leads, Sandro Isaack (of Mozart in the Jungle fame) – for the inside scoop on what makes The Other Day a truly extraordinary theatrical experience.

JAIME LUBIN: The Other Day is a milestone play for you. Tell me how the production process has been.

MARK JASON WILLIAMS: One of the most important things about this production is this is the first time I’ve ever done a show outside a festival. First legitimate three-week run. I had to get accepted to the Y’s season. Previously I’ve been in Fringe festivals with like 5 performances and this one was 15. My first thought was, “Oh fuck, how am I going to fill a theatre for 15 performances? What if no one shows up?” The nature of theatre in that regard makes me shaky, but I’ve worked with [director Andrew Block] several times. This is our fourth production together since 2011. This cast is incredibly talented. Each of them fit their roles and exceeded expectations of what I had in mind. They brought new life and levity and helped me tweak the characters. They challenged me in a good way in terms of having really thoughtful conversations about these characters, where they’re going, where they’ve been, and their motivations. It wasn’t like, “I can’t say this line,” more like “I feel he wants to say something here and he doesn’t. Can we talk about it?” It was exhausting, but fulfilling with this cast.

You named your protagonist Mark (played by David Dean Bottrell), but how autobiographical is the story really?

MJW: It’s autobiographical in the sense that relationships are complicated and very nuanced and I think the journey of finding happiness in another, and realizing that you might not be happy in that relationship, is something that hit me very hard when I was writing the play. I have not had substance abuse issues, but people who are close to me have, so that was in the forefront of my brain as I was writing characters who go through that emotional turmoil. Without being completely autobiographical, it’s probably the most personal play I’ve ever written.I think that Mark and I share a lot of characteristics. But I named him Mark because he kind of named himself… If I were to tie myself to a character, it would probably be Santo (played by Sandro Isaack). I don’t have a lot of his demons, but what we do share is the notion of how far are you going to go to change yourself for the benefit of someone else, and if it’s not true to who you are, how do you recognize that? Do you ever, and how do you get out of that situation? Like putting others before you, but you have this very delicate dance. And I don’t think Santo is a committed, monogamous person, but he loves this guy so much, and prior to meeting my husband, trying to settle down with guys, I feel like that’s something I was forcing myself to do because that’s what you’re supposed to do.

In their first scene together, when Santo comes on to Mark very strongly, you’re almost not sure who to sympathize with in that moment. Obviously Mark is uptight, but Santo could be seen as a little predatory.

MJW: I was going for a bit of a questionable [setup]. I’m sure it’s consensual, but there is a predator and prey element to it.

SANDRO ISAACK: I guess the question is, how much are you supposed to sympathize with people? In a theatre setting, you’re watching from the outside, so you’re going, “What category do I want to put him in? Villain or hero?” But if you’re with someone in real life, everyone has different colors. Maybe he is both. Maybe he’s a predator but also a sweet guy. The way I think about it is, he knows what he wants the moment he sees the other guy. Maybe his methods are “It’s my way or the highway,” but he sees him, he wants him, he goes and gets him. Then later on, he goes to try and get him and they actually get broken up for a little bit.

What’s interesting is that Santo might not be a totally monogamous person, but he is more open than Mark in giving his all to the relationship.

MJW: One of my favorite scenes between the two of them is after he cheats on him and Mark says, “I want to talk about our problems.” Santo says, “You only want to talk about what you think our problems are,” and to me that says a lot about their relationship. Mark is guarded. Mark might always be guarded. Santo is giving all that he can to this guy and I don’t think he’s getting it back, so when he sleeps with somebody else, as the playwright I didn’t want to vilify him. That’s human nature and he’s not being fulfilled by a guy who’s maybe a little guarded, a little distant. So the notion of right and wrong in the relationship is something I wanted to explore, because we all perpetually pass judgment. We’ve all been in a place where a friend or family member has a significant other cheat on them and we all normally, instantly, take the side of whoever you’re close to, but I’ve never stopped to think, “Is there a deeper reason they’re doing that?” until I started writing this play.

Romulus Linney once had a great quote: ”If addiction had no beauty, what good would there be in it?”

SI: I’ve never done drugs, but I’ve read about it and [talked to] my friends who have; one said something I was actually very moved by. The hardest thing about when he started recovery was that the drugs were this friend that he related to, this friend that was always there. All of a sudden he had to live his life without his friend that he’d always leaned back on and now he couldn’t, so it was time to figure out how to be his own friend. It’s what you said, the beauty – but it’s not your friend, it’s actually your death if you become too involved in it.You could almost see acting and writing as addictions, because these are professions to which you have to give yourself over totally in order to succeed. Sometimes you have to almost lose control of your body and mind.

Mark, The Other Day is theatrically very rich; you have an effective balance of humor and poignant moments here. Just like real life, everything tends to be bittersweet, so in many places you could as easily laugh as cry.

The character of Dina (Elizabeth Inghram) has similar moments, such as her monologue near the end about having a disastrous crush on her childhood doctor. That’s devastating and yet so funny.

MJW: In this day and age, I had second thoughts about that. Like, “Should I yank it?” Because I didn’t want that to feel like a Me Too, but that moment to me is so poignant that I couldn’t take it out. The character of Dina is super important to me because she’s not the sidekick and she has her own issues and journey. One of the things I want to stress about The Other Day is that gay and straight – or gay, straight, and undefined – relationships, we all deal with the same things. We are all universal. And I think the play does that in a way that’s not soapboxy.

This has been quite a year for you, Mark! What new projects are you looking forward to?

MJW: I’m writing a travel guide tilted toward LGBT couples but I think the basis is more universal. The premise is how to travel the seven continents with your significant other and still want to go home together. I put it down for awhile to focus on the play, so once the play is done I want to work on that. I also have a bunch of articles and essays that I need to go back to.So here’s my year: I went to Antarctica, I turned 40, I bought a house, I was published in New York Times bestselling author Susan Shapiro’s book The Byline Bible, and then my first run of a play. If I do nothing else this year, I will still be happy with how this year has gone. And last year I got married, so the last two years have been a pretty big whirlwind.

—THE OTHER DAY concludes its run at the 14th Street Y on September 23, 2018 at 4PM. Get tickets here.For more about Mark Jason Williams, visit markjasonwilliams.com or follow him on Facebook, Twitter, and Instagram. To learn more about Sandro Isaack, visit sandroisaack.com or follow him on Facebook and Twitter.–Jaime Lubin is the Managing Editor of Honeysuckle Magazine. Her profiles on art and culture have appeared regularly in The Huffington Post and Observer, as well as Billboard and Irish America magazines among other publications. Also an actress, producer, and singer, Jaime is working on a solo show about Tarot. Follow her on Twitter and Instagram  (both @jaimelubin). 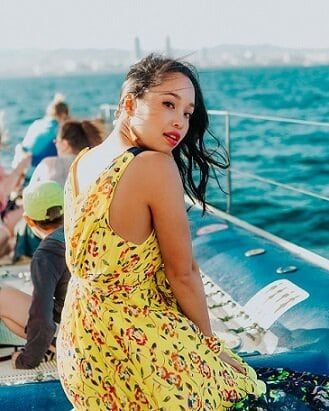 They Call It Grown-Up Love: Mark Jason Williams's The Other Day 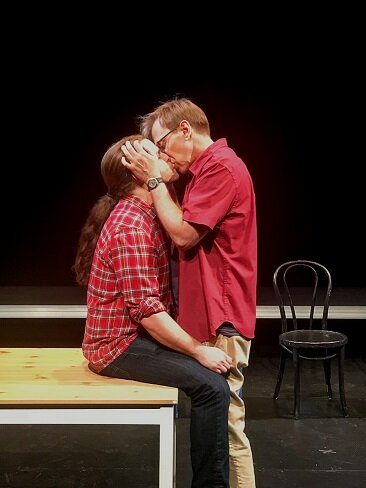