On Samantha's Absence From "Sex and the City" Reboot: The Rumored Feud, Sex Positivity, and Cultural Relevance

Considering her career as a sex columnist—albeit a suspiciously high-paid one, apropos of the interminable stream of Manolo Blahniks and spacious rent-controlled apartment—Carrie Bradshaw was never particularly sex positive. Although the crux of Sex and the City and its revolutionary odyssey of on-screen sexual escapades was “women having sex like men,” Carrie espoused many questionable views on sexuality, not only in her columns but sometimes in judgmental tirades directed at Samantha Jones, one of her best friends and indisputably the most sex positive character on the show.

While Carrie indulged in serial monogamy and questioned the validity of bisexuality, which she firmly labeled a “layover to Gaytown,” Samantha enjoyed the company of both men and women and dabbled in kink. Samantha’s character is not without flaws, including particularly repugnant transphobic language in one episode and the fetishization of a Black man in another, but in regards to sexual exploration, Samantha was Sex and the City’s heroine.

Apart from being a progressive take on women’s sexuality in the late 90s, Sex and the City has become one of HBO’s prized cash cows, with six seasons and two feature films raking in millions for the network. Even with HBO’s reluctance to let SATC fade into obscurity, the announcement of a 2021 series revival, And Just Like That, caught many by surprise. With two members of the Manhattan quartet now married and raising children, it was unclear how much of the boisterous sex talk and rocky first dates that spearheaded the original series would remain. But there was another caveat: Samantha wasn’t returning.

Kim Cattrall’s Departure from the Sex and the City Remake

Judging by the ubiquitous outrage from fans, Samantha’s removal was a shock. Many agreed the show’s dynamic wouldn’t work without her. The über-white, über-wealthy Manhattan SATC was predicated on could be exhausting to watch in its astronomical distance from reality. Diversity in the show was essentially nonexistent, relegated to tokenized characters like Carrie’s gay best friend, Stanford, and the fact that its portrayal of one of the most diverse cities in the US rarely included cast members a shade darker than one of the girls after a Hamptons weekend.

Carrie’s endless navel-gazing occasionally extended to her ostensibly strained financial situation, but at the end of the day, she could still manage thousand-dollar shopping sprees on a whim. The women of SATC regularly fraternized with investment bankers and CEOs; Carrie proudly described her eventual husband, Mr. Big, as “the next Donald Trump.” They spent most of their days gallivanting around the city with their sex lives as the sole source of their discontent, a reality that exists for a very small and very select demographic of New Yorkers.

The reality is that SATC caters to a white, wealthy audience, and the hermetically sealed bubble of New York City that it depicts is alien to many of us. However, many fans argued that Samantha’s progressive sexuality and open-minded attitude were able to punctuate the show in a way that at least palliated some of SATC’s more asinine moments of disconnect. Juxtaposed with the rest of the girl group – analytical Miranda, puritan Charlotte, and the ever-conflicted Carrie – Samantha’s ribald anecdotes over brunch could be a welcome relief.

Her sexual autonomy was even an occasional source of dispute within the friend group, with the other women slut-shaming and going so far as to debate the authenticity of her relationship with a woman. However, the on-screen tension between Samantha and the other women didn’t stop when the cameras were off: the longstanding feud between Kim Cattrall (Samantha) and Sarah Jessica Parker (Carrie) was widely publicized, and could be the impetus for Samantha’s absence from the third movie.

The Rumored Feud Between Sarah Jessica Parker and Kim Cattrall

The rumored contention between Cattrall and Parker reached a boiling point after the death of Cattrall’s brother, Christopher, whose body was discovered in February of 2018.

Initially, Cattrall made an Instagram post thanking friends and fans for their support following Christopher’s death, but when Parker offered her condolences in a comment, Cattrall’s tone changed. In a still-viewable post, Cattrall minced no words: “Your continuous reaching out is a painful reminder of how cruel you really were then and now…You are not my friend. So I’m writing to tell you one last time to stop exploiting our tragedy in order to restore your ‘nice girl’ persona.”

Cattrall concluded with a link to a New York Post article titled “Inside the mean-girls culture that destroyed ‘Sex and the City,’ encouraging her followers to read and share. In the article, writer Paula Froelich examines the juvenile behind-the-scenes dynamic that often left Cattrall feeling ostracized from her peers, detailing the clique between Parker, Cynthia Nixon (Miranda), and Kristin Davis (Charlotte) that quickly formed. Froelich writes that the tensions skyrocketed to a point where the girls treated Cattrall like a pariah, ignoring her on set and excluding her from external plans.

The shady barbs and catty antics weren’t the sole causes of the growing strain between Cattrall and the rest of the cast. Cattrall reportedly vyed for better salaries, perhaps after noticing the alarming pay disparity between Parker and the rest of the girls: Parker earned around $50 million for SATC’s first three seasons and, after signing on as a producer, made around $3.2 million per episode over the last three seasons, whereas Cattrall took home $350,000 per episode at SATC’s peak. However, her push for better pay parity was misconstrued as a “diva” attitude in the media crossfire that surrounded the abandonment of a proposed third SATC movie in 2017, which was blamed on failed contract negotiations between Cattrall and the producers.

Sex and the City’s Cultural Relevance: Diversity and LGBTQ Representation, and BLM

So, as many fans have been asking since the announcement of Cattrall’s departure, what is Sex and the City without Samantha? A lot has changed since Carrie first stumbled onto the scene in her tutu and heels in 1998. The Black Lives Matter movement has gained global recognition since its 2013 inception, the LGBTQ community has made huge strides, notably the national legalization of same-sex marriage in 2015, and Dior dropped John Galliano, the designer behind Carrie’s iconic newspaper dress, after he was arrested for an anti-Semitic outburst in a Parisian bar. Although the homogeneous version of New York SATC first aired was never realistic, it seems even more out of touch by today’s standards.

Perhaps the only part of Sex and the City that might remain culturally relevant is Samantha’s liberated sexual ideals. In a society where the idea of women having sex for pleasure is no longer shrouded in tabooand where SATC is no longer as progressive as it once appeared, Samantha’s subplots about polygamy, kink, post-menopausal sexuality, and the pursuit of female pleasure could be on par with shows like Girls and Easy, shows with real, raw approaches to human sexuality and interpersonal relationships.

While Samantha’s libidinal urges and raunchy tales were often punchlines, she was also a self-made businesswoman whose hubris and hedonism rivaled that of some of New York’s most powerful men, with body positivity to boot. She refused to be afraid of aging in a society that often equates age with unsexiness in a constant battle to perpetually pit age against youth—the old, matronly housewife versus the young, perky mistress as an example of the many enduring tropes—and to substantiate the multibillion dollar cosmetic industry. She confronts menopause with joie de vivre, dates men old and young, wears sequin disco sets and crop tops, and throws exquisite parties.

In a way, Samantha Jones inverts the archetype of a ‘mature’ woman in an almost celebratory manner, reassuring women that aging does not negate all the fabulous parts of your life and womanhood regardless of what we’ve been told. But will this narrative continue with the other women as they navigate their 50s in the City? Surely most watchers are no longer interested in Sex and the City’s unnatural version of New York, but even if the concerns about the show’s backdrop are remedied, does the dynamic between the four women work without Samantha? Are Carrie, Miranda, and Charlotte just too similar to allow for any stimulating conversation between them without an antagonist, a contrarian, a Samantha?

One thing’s for sure: if And Just Like That makes no effort to paint a more accurate picture of the City and no effort to challenge its hyper-privileged, sometimes-vapid leading ladies, the show will likely be outdone by the many more diverse, thought-provoking options television has to offer today, and without Samantha, the three Manhattan socialites might be even more stuck in their comfort zone than they were in the 90s. 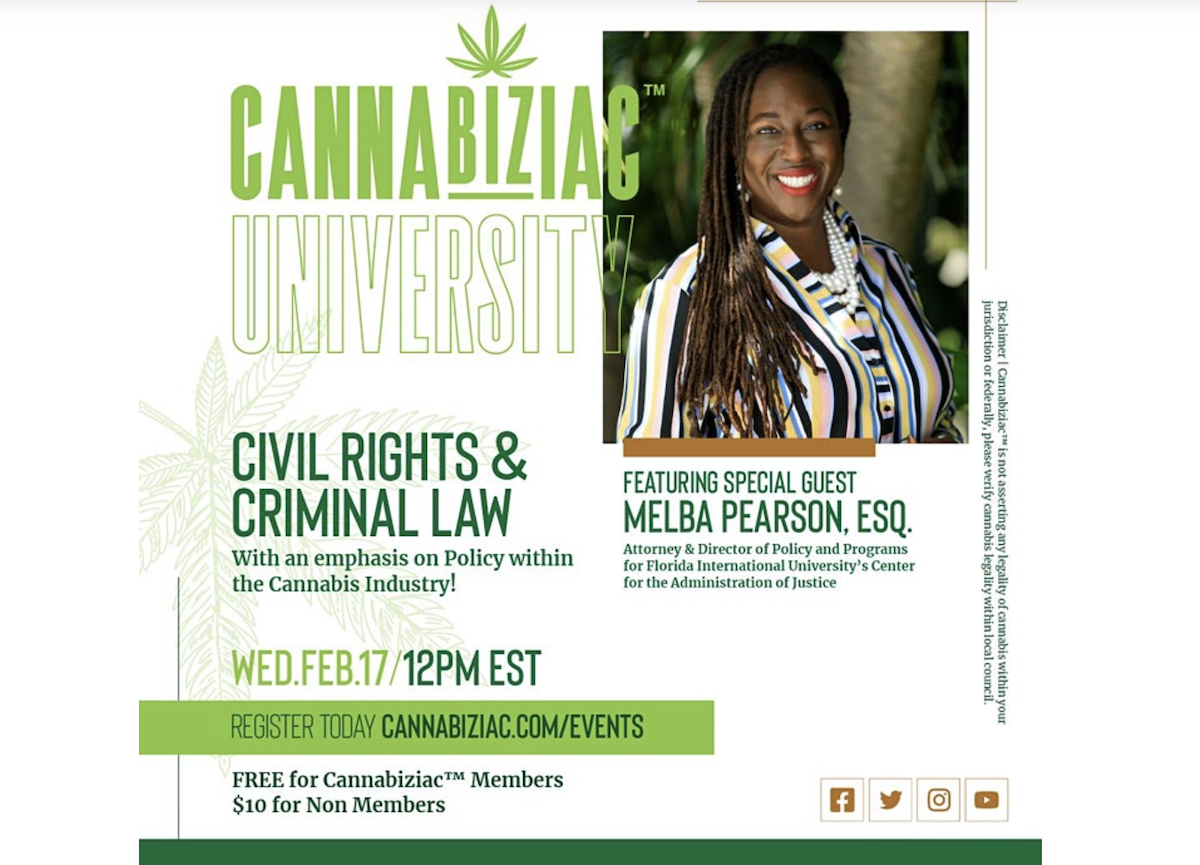 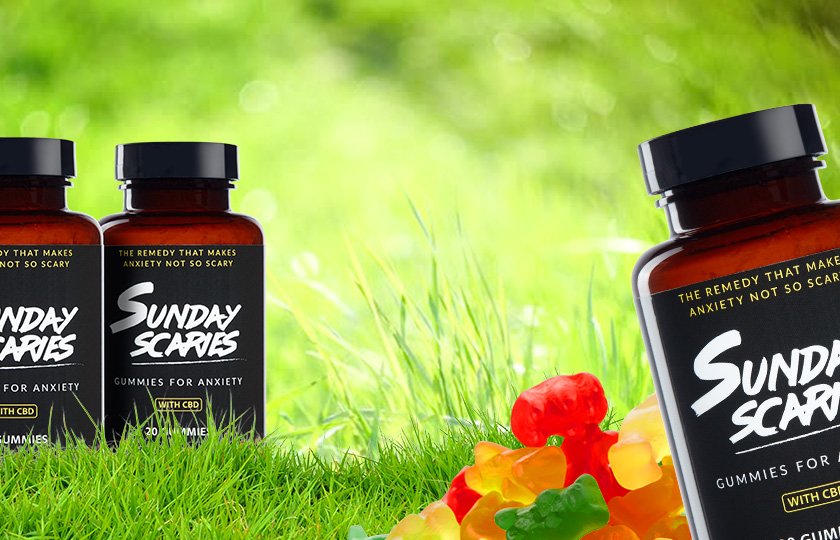